Most Popular International food in Almere, Flevoland Province, The Netherlands

Discover Restaurants offering the best International food in Almere, Flevoland Province, The Netherlands. Almere (Dutch pronunciation: [ɑlˈmeːrə] ( listen)) is a planned city and municipality in the province of Flevoland, Netherlands, bordering Lelystad and Zeewolde. The municipality of Almere comprises six official areas that are the districts of Almere Stad (which is further split up into Almere Stad Oost, Almere Stad West and Almere Centrum), Almere Buiten and Almere Pampus (which is currently being designed), and the boroughs of Almere Haven, Almere Hout and Almere Poort. Four of them feature official district or borough offices. Furthermore, it also comprises the unofficial historic district and neighborhood Oostvaardersdiep, which has an active semi-self-governing community, and the planned district of Almere Oosterwold. Almere is part of the Amsterdam Metropolitan Area (MRA).
Things to do in Almere 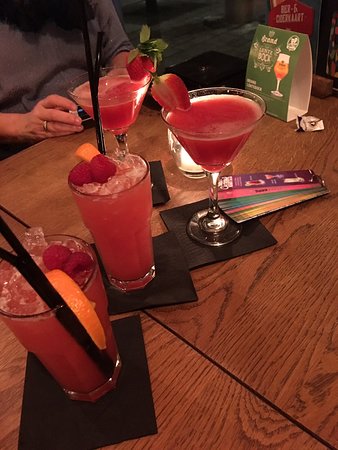 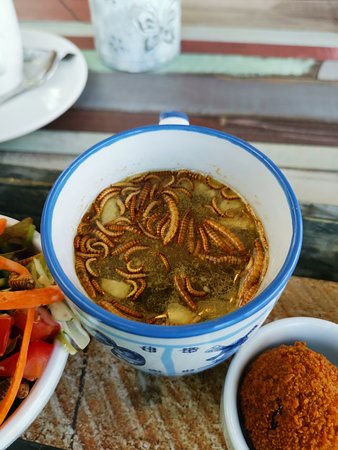 Who knew you could have insects for lunch in the Netherlands. This little gem has edible insects on their menu. Also they have gluten free options on pancakes!!! We absolutely loved this place. We were totally surprised by the menu, offering gluten free pancakes and insect delights.It also has stunning views and outside deck area. It has a play area for children. Great staff, all you can wish for, really.

Where to eat Dutch food in Almere: The Best Restaurants and Bars 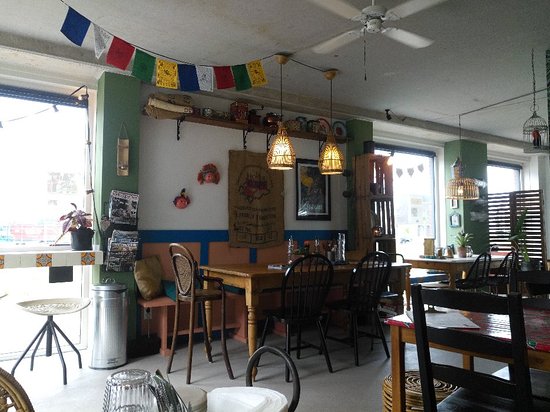 I have never had a bad meal here. All items on the menu are yummy. Desserts are amazing and the owner is so friendly and is clearly passionate about what she does. I would recommend this restaurant to anyone who enjoys healthy yummy food. Oh and bring kids, There are lots of toys for them to play with !

First of all the service was the worst I have ever experienced. SERVICE:The staff didn't bother to come to get the order (I had to call them), didn't bother to clean the table and didn't even notice for 45 min that we finish the starter. Again I had to call the staff to tell them that we have finished ages ago and when I've asked where is the main course the rude reply was: we didn't realise you've finished your starter. FOOD:No English menu so we had to use home translator to figure out what to order.We have ordered the antipasto to share for a starter. We have not been given the side plates to put our bread. We had to ask for a butter and the olive oil was not served as we menu but only 5 olives literally were served. We had to wait 45min for a main course (we actually asked the waitress where is our food)The fish came out as fish on the bone which was not specified on the menu and was not explained by the waitress. It was ok, nothing special, and I wouldn't order it if I'd knew it would be served like that.the "special" beef steak was ordered as medium to well done with specific request NO BLOOD.It came as rare, we sent it back, after 20min, the steak was still bloody and it was far away of being even medium. Between the meals we finished our drink. We were not even asked once if we would like more drink/wine. We actually had to ask for more drink ourselves as the waitress didn't even bother to ask!!!The BILLAfter bad service, bad food and bad experience and after more then 2hrs in that place, we HAD to ask for a bill and the steak was of course not taken out. We have asked to be removed and the waitress/ restaurant manager were rude, not apologetic and basically blaming us for what happened. I was I many places, bars, pubs, top end, low end restaurants but they expect you to pay 30â¬ for a steak you do expect a brilliant customer service, great food and relaxing time. This was by far the worst restaurant I have ever been to and I wouldn't recommend to anyone!!! Small menu but very tasteful food with excellent wines (over 20 wines on the wine menu)! Not the cheapest in Almere Haven but certainly value for money. Very nice location with good harbour view. Small restaurant run by the owners (no chain formula) with very good food. Make sure you make a reservation. 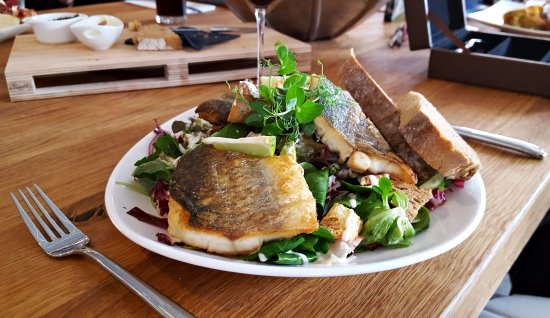 The prices are not pretentious but the dishes that are being served are very good flavour wise and presentation wise, this is a top restaurant in within the price range.

The View seems to take standard foods such as steak or chicken and give them a slightly more exciting twist - whilst still being suitable for fussy eaters like myself. In my opinion 'The View' is the best restaurant in Almere as the food is always delightful, the service is friendly and welcoming and the view from the windows is an added benefit.