This is real French style and food. Its solid and well made and stylish. The staff is well trained and well mannered as befits a restaurant of this class. Their dishes are wholesome and traditional. Excellent wine collection. 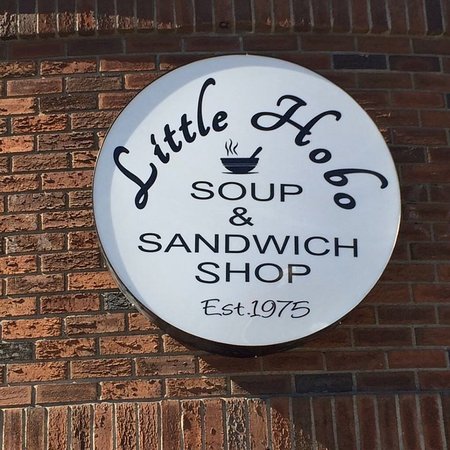 We heard about this place being great for families and a good burger. So decided to check it out for breakfast and there it was in an unassuming brown brick building on the corner of Bertram & Leon and all in its cozy homey cafe feel. We were greeted with smiles and the woman at the counter asked if it was our first time here. Since it was, she gave me the run down of how to order and told me that another young woman will take good care of us.
The menu was small with daily lunch specials and everything listed sounded quite good but it was breakfast we were looking for. I ordered the french toast and hubby ordered the blackstone benny along with coffees.
We ordered at the counter and paid and coffee was served at our table. Coffee was pretty good and we never had to ask for a refill as our server was attentive and we never had to hunt her down for a refill!
Our food came quickly and I have to say that my french toast was very well done and fluffy with a light dusting of powdered sugar. No fancy garnishes - just the french toast, all golden brown on a good sized platter - served with butter and syrup and so good! Filling as my hubby had to finish it for me and he wasn’t complaining. His benny was pretty good too - eggs poached medium and the bacon was so nice and crispy so good textures through and through. The benny was also served with pan fried potatoes which he said was good but nothing to write home about. Hmmm garlic butter? That would certainly be a hit but it was the benny that i’m going to try next time after I come back for a burger!
Good food, lots of regulars that the staff know and definitely coming back. 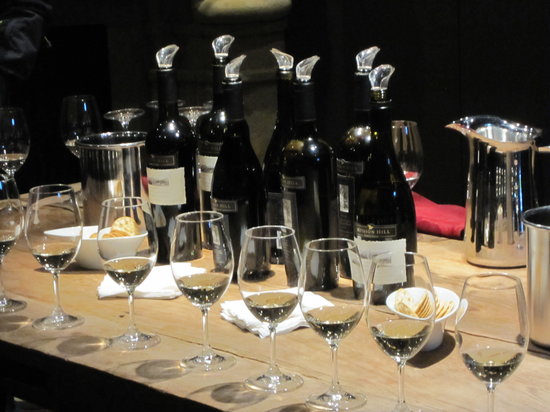 Overlooking rows of Pinot Noir & Chardonnay set against the Okanagan Lake, our outdoor Terrace Restaurant complements our wine&apos;s natural affinities with cuisine that is locally, sustainably, and seasonally sourced. By growing much of our own produce in the estate Varietal Garden and working hand-in-hand with local farmers, we are able to provide a spectacular culinary experience highlighting the bountiful ingredients & world-class wines that characterize this region. By partnering with local farmers, our menu continuously evolves to incorporate the freshest ingredients. Similar to our philosophy in the vineyards, we have a firm belief in sustainable and bio-dynamic agricultural practices, including local foraging, organic farming, and the Vancouver Aquarium&apos;s OceanWise program. Even our own honeybees help sustain the estate Gardens while providing wildflower honey to be used by our culinary team.

My 3 girlfriends and I had dinner this past weekend at Terrace and were beyond impressed. Our server Riley was outstanding and made our evening memorable. She arranged a chefs tasting complete with wine for us and we were thrilled with the experience. Gorgeous scenery and we were comfortably able to eat outdoors with the heaters and blankets. Thank you Riley for the best night! 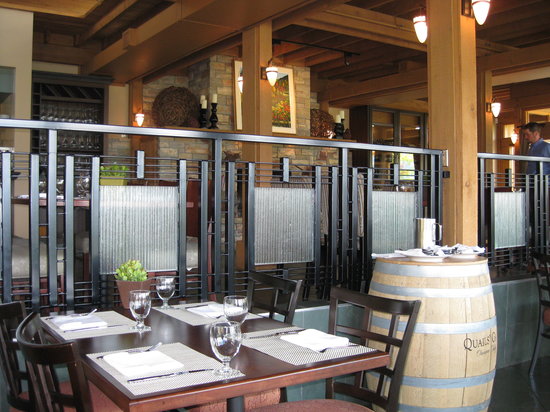 Old Vines Restaurant is a meeting place of fresh local ingredients. Our selection of dishes enhance the light, fresh and fruitful, rich style of Quails&apos; Gate wines. Our menu is constantly evolving as a reflection of our focus to serve the best and freshest the valley&apos;s local artisans and west coast markets can provide. We are dedicated to providing you with a beautiful setting and the ultimate food and wine experience in the Okanagan Valley. Voted in the Top 20 Winery Restaurants of the World by the Daily Meal (October 2013). OpenTable Top 100 Best Restaurants in Canada (March 2015). The New York Times (October 2006) - "Beyond our tables, the Panorama of the lakefront, watercraft wake lines and row upon row of grapevines, with Mountains in the distance, was mesmerizing." Wine Spectator (July 2004)- "One of the four best places to dine in the Okanagan."

Can't beat the view not matter what season. We frequent this restaurant and have always had a delicious meal and oh, the wine is pretty darn good!

5. The Fixx Pasta Bar and Cafe 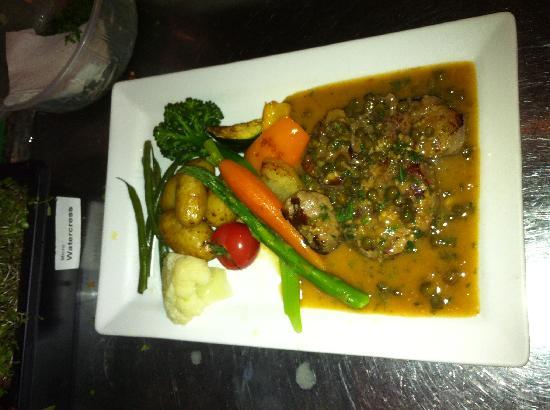 Pros: awesome service. Knowledgable friendly helpful staff.
Food very tasty & plentiful. Lovely smaller atmosphere with comfortable Seating.
Cons: pricey. $36 for a pasta dish? Altho very good this is a deterrent. Website led me to believe menu was much more varied than it was. Very limited. $20 corkage fee unacceptable for simply providing wine glasses! (Pouring is included with service when tipping)!
Biggest disappointment: this was a birthday dinner so ordered highly recommended key lime pie & choc cheese cake. Pie was mostly crust which was so hard we couldn’t eat it. Server brought us a knife but still couldn’t. Cheesecake also had a hard crust. Both seemed to have been cut & sitting in a fridge for a long time! No offer to take it off the bill.
Pasta dinner for 4 + bread +2 desserts + corkage=$205
You decide. 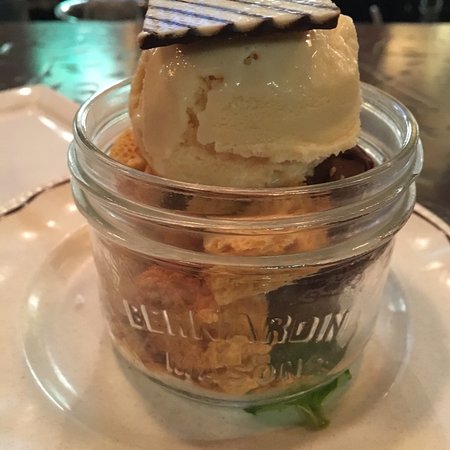 The whole experience was great. But I’m going to focus this comment on dessert.
The dessert here makes the dessert at curious cafe look like dairy queen. And I like the curious cafe. (It makes DQ look like two girls one cup).
The only thing I would suggest for improvement. They need to offer rubber scrapers so I can finish cleaning these dishes proper without awkwardly licking them out or making my fingers sticky. 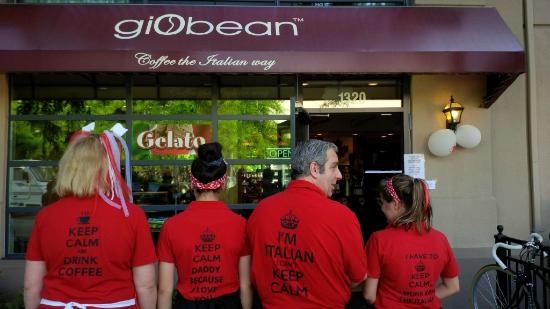 Giobean is an Italian style coffee house situated in downtown Kelowna serving Giobean&apos;s proprietary blend of coffee. Teas, smoothies, sodas are available, in addition to a selection of ready to go sandwiches, baked goods, cakes and scones. Artisan Italian gelato available in the summer months. Seating inside as well as a large outside patio.

Any time you are in Kelowna you should be going to Giobean for your coffee. Giovanni and his team not only make amazing coffee they will also treat you like old friends! This truly is an example of how things should be done!! 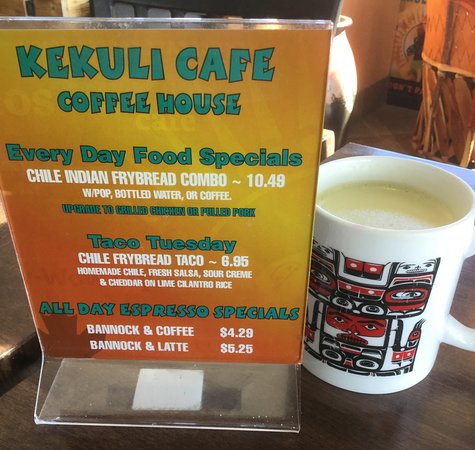 We were in West Kelowna and I wanted to try a new breakfast restaurant. We hit the jackpot, breakfast-wise. My hubby ordered the Salmon Bannodict and I chose the Wild Smoked Salmon Bannock Breakfast Sandwich. I'm not a huge meat eater, but these sandwiches were AMAZING!! All their bread is bannock. They had a wonderful selection of Canadian themed drinks. Saskatoon tea and smoothies and Canadian Maple lattes and macchiatos. The organic coffee was on point! This eatery is extremely clean & tidy. The First Nations culture is portrayed throughout the building, adding to the ambience. Kekuli is just off highway 97. Drive in for breakfast or lunch. I can only imagine how wonderful the Indian Tacos would taste!! Trust me, this joint needs to be at the top of your "New cafes to try" list. 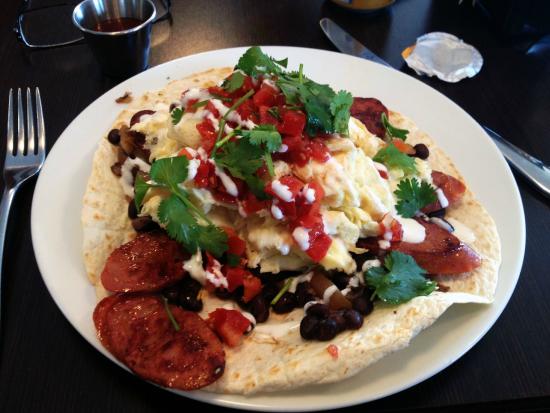 I come here often for lunch, great fish tacos, pulled pork and the best poutine I have had. Breakfast eggs benny are cooked perfect. I also grabbed a a couple bags of homemade chicken stock and it made a great soup at home. Highly recommended.

West Kelowna&apos;s ultimate choice for casual dining all year long. Friendly staff + fine food including fantastic lunches, romantic dinners or a quick appy with friends. We have the largest patio on the westside, overlooking Okanagan Lake + Two Eagles Golf Course. Newly created signature cocktails + extensive wine offerings. Our menu philosophy is premium casual, with everything made fresh daily in house. You don&apos;t have to be a golfer to love 19 Okanagan!

We ordered Takeout on a very snowy night. Green curry dish was new since the last time we ordered. It was delicious! Really, this should always be on the menu. With a tiny bit of tweaking, it could be perfect. Sauce was delicious. We ordered easy sauce and it was tons. Great flavour. We ordered with chicken. Lots of chicken. Sometimes, the meat add-on is pathetic, but not here. If I could make a few suggestions, I would say the amount of rice and, more importantly, veggies, could be increased a bit. And, if I could have my way, I would add on an Indian yogurt sauce on the side. But this is an item that should always be on!!! We'd order it more often.