Top Things to do in Port McNeill

Port McNeill is a town in the North Island region of Vancouver Island, British Columbia, Canada with a population of 2,623 (2006). Located on Vancouver Island's north-east shore on Queen Charlotte Strait, it was originally a base camp for loggers. Port McNeill became a settlement in 1936. The town was named after Captain William Henry McNeill of the Hudson's Bay Company.
Restaurants in Port McNeill 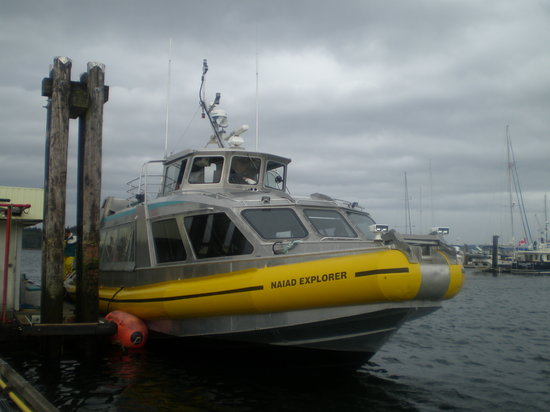 During this global Covid 19 pandemic, we are doing our utmost to ensure the safety of our guests and crew, employing thorough cleaning protocols, poly barriers and physical distancing. At the present time, we are taking reservations from residents of British Columbia only, and will take reservations from other Provinces and countries when health authorities deem it is safe to do so. In order to further limit exposure, our trips this year will be three hours in duration and will not include lunch. All guests and crew will be required to wear masks during the tour. If you cannot provide your own mask, let us know. The cost per person is $130.00 (plus 5% GST). Preferred payment method is email money transfer to, once again, limit exposure for both guests and staff. We will not be able to run our tours on a daily basis and will be running twice a week (to start with), on Wednesdays and Saturdays. Trips depart at 1:00 pm and will return to the dock at 4:00 p.m. 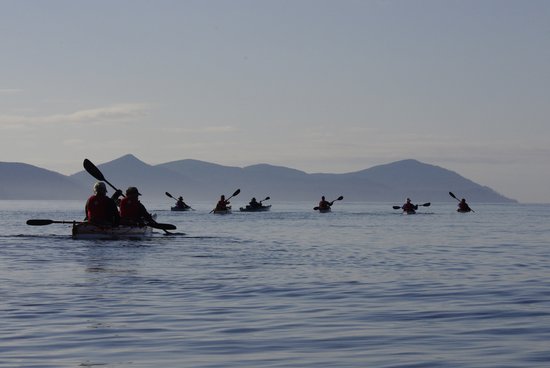 Fully outfitted and guided sea kayaking tour of Northern Vancouver Island, Haida Gwaii, and the Great Bear Rainforest in British Columbia, Canada. Tours range from stays at Kingfisher's comfortable base camps surrounded by abundant wildlife to more remote and rugged expedition style tours. No experience is necessary for most tours and family friendly departures are available. 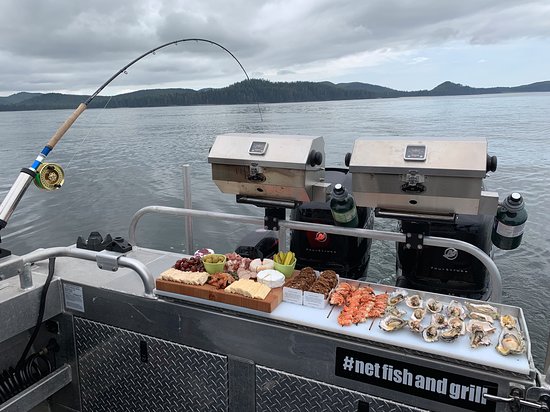 The Best Salmon, Halibut and Tuna Fishing charter in Port Mcneill, Port Hardy and Telegraph Cove on Vancouver Island BC. We offer fishing, crabbing, whale watching and wildlife viewing from all Northern Vancouver Island locations. We provide our customers with the top of the line equipment, a heated cab, a private washroom and bbq'd lunches to offer you the most comfortable and enjoyable experience the west coast can offer. Our comfortable boat, knowledgeable local guide and our customer service will ensure your needs are met while spending time with us! 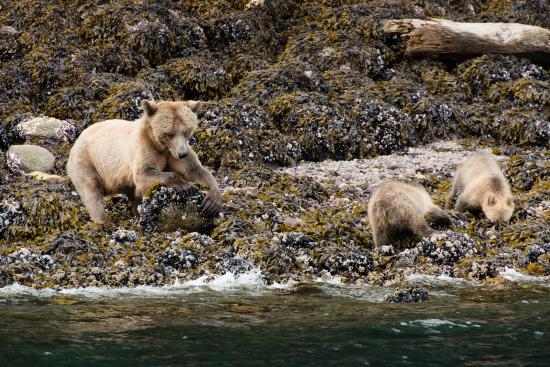 Sea Wolf Adventures connects travellers to destinations in the Broughton Archipelago and the Great Bear Rainforest for grizzly bear viewing, wilderness and wildlife experiences, and First Nations cultural tours. Your guides are well trained in tradition and wildlife guiding. They will give you a deeper experience into First Nations culture and heritage of the Kwakwaka'wakw Nation. Safe. True. Education -- a truly unforgettable wildlife experience. Our vessels are brand new, state of the art, and very seaworthy. 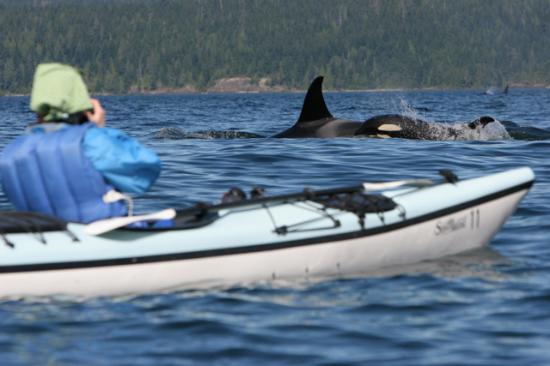 Day kayaking tours through some of British Columbia’s most stunning wilderness in search of orcas, humpbacks, and other incredible wildlife. 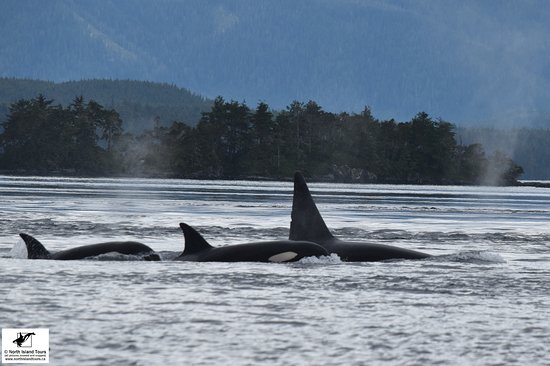 We offer zodiac adventure tours, leaving Port McNeill daily in the summer months to explore the place where waters meet, currents blend and animals thrive. You can expect to see Humpback Whales, Orcas, Dolphins, Sea Lions, Seals, Bald Eagles, Minke Whales, Porpoise, and many other types of wildlife. You never know what a day will hold. Join us in exploring the best of B.C.! 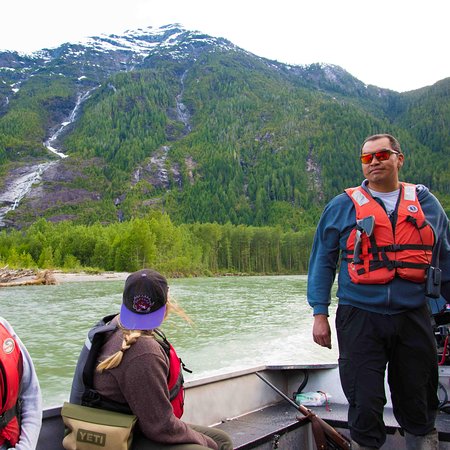 As a part of our tours, we will share the history of our people and stories from our culture. You will stop at our village which is now the most remote Kwakwakaʼwakw community. There you will witness first-hand that the Musg̱a̱makw Dzawada̱’enux̱w First Nation continues to live in the territory where our ancestors have lived for tens of thousands of years. 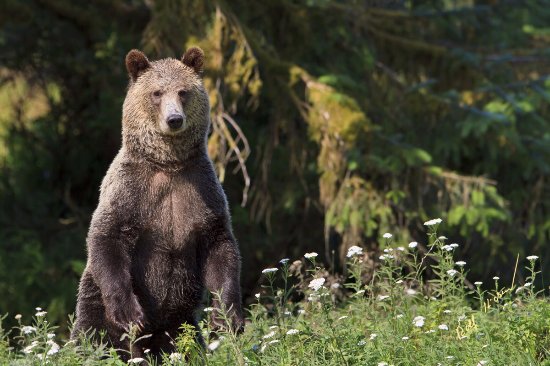 My individual custom tours are visiting the most beautiful scenic places around Northern Vancouver Island while having a chance to photograph and watch grizzly bears, black bears, killer whales, humpback whales, dolphins, bald eagles and other wildlife. All tours are lead by professional (35+ years) wildlife and nature photographer Rolf Hicker. A maximum of 4 guests per tour makes them ideal for families, photographers of all levels, special needs as well as couples. 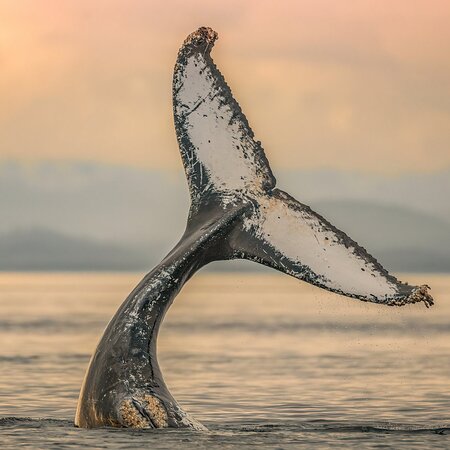 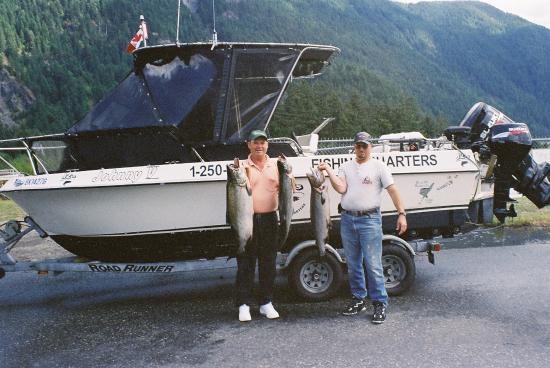