The 10 Best Things to Do in West Kelowna, Canada 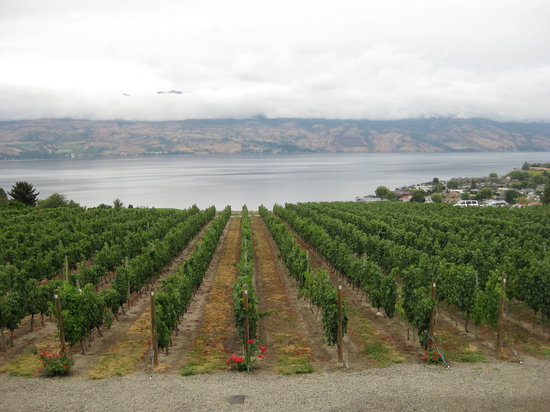 The winery's Old Vines Patio offers a place to relax, savor wine and fine cuisine and take in the magnificent views of lush vineyards and Lake Okanagan. The wine shop is housed in the region's first log cabin, built in 1873.

Three of us decided to go for brunch new years day rather than going out the night before. Quail's Gate has been my go to for special occasions.
This was not one of those occasions when it was not made special because all our orders were mixed up. Coffee was cold, butter lettuce salad was boring as the dressing was so watery, had to ask for more dressing but still nothing that made it special. I ordered eggs benny and got bacon and eggs. Had to order English muffin and hollandaise seperately and by the time they arrived, the eggs were cold. Our server priced it all seperately on the bill. It will be a long while before we go back, it wasn't a good experience to start the new year. 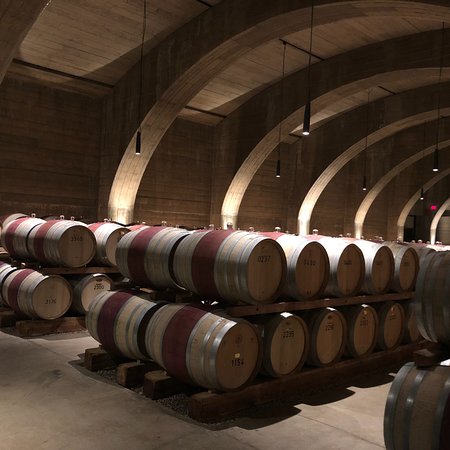 Welcome to Mission Hill Family Estate, situated in the heart of British Columbia's breathtaking Okanagan Valley wine country, one of the Pacific Northwest's undiscovered gems. Making great wines and providing a special place where people can enjoy them has been my dream and my life's work. Now, it's a reality, one that my family and I want to share with everyone who visits us high atop Mission Hill. We hope you'll think of our winery as a refuge from the hurried pace of daily life. We invite you to experience the nature and art of winemaking by walking our lush on-site vineyards and visiting our underground cellars. Sample fine wines by the glass, marvel at the vista and reflect on a process that's almost as old as time itself. We look forward to welcoming you at Mission Hill Family Estate. Anthony von Mandl Proprietor

A new experience with Mission Hill Winery. They are offering a CULINARY CLASSICS PROGRAM. We had booked ourselves into Simply Seafood course. What a most enjoyable and educational experience. The head chef was entertaining and provided some great insights into the preparation of seafood. Each course was accompanied by a specific wine pairing. We came away sufficiently satisfied to enrolled in a few more. A wonderful winter evening. Would be a great group experience or just lovely for two. 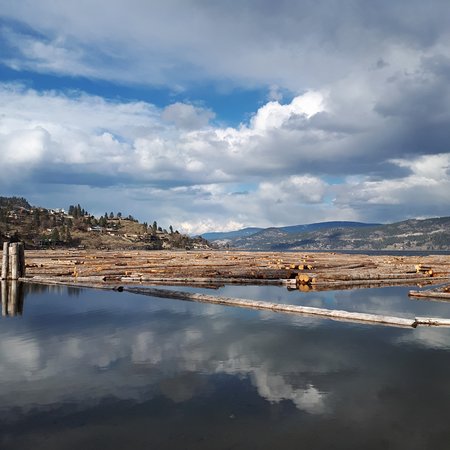 We were there last August with a group of friends for a day Picnic. It was awesome good grassy areas for kids and small dogs to play,and clean and good beach for swimming. Excellent washrooms and change rooms. Lots of shade to kick back and read a book. We would really like to go mire often then what we do. 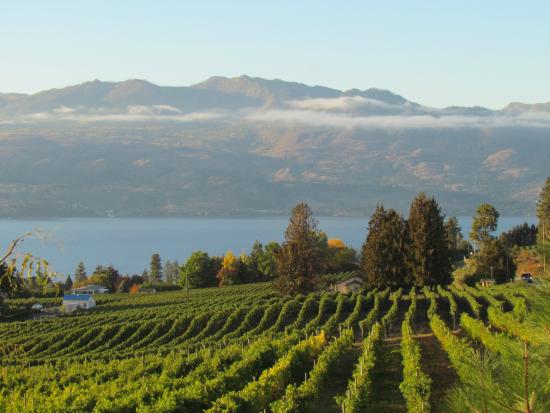 Little Straw Vineyards is a family-owned estate winery with vineyard plantings dating back to the mid-70's. The majority of our wines are made from our estate-grown grapes. In our large, airy wine shop you can sample our wines free of charge, although we encourage cash donations to our local food bank. We offer an eclectic array of wine-related condiments, regional literature, and gift items to round out your visit. Between noon and 6 pm daily you can enjoy a tapas-style meal in our on-site lounge, the Barrel Top Grill.

This was our third stop during our tour of West Kelowna wineries. This is the first time we've visited Little Straw.
Tasting Room: Good size. Quiter location. Nice view.
Wine: Good.
Service: Good - very friendly.
Family Friendly: Yes. They have a selfie station just outside the tasting room, so that helps pass the time for the kids.
Overall, a good visit. Recommended for families with children. 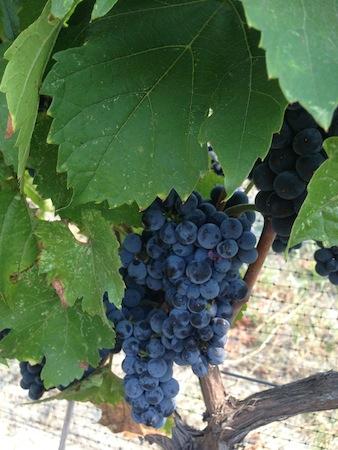 We are a farm gate winery focused on producing premium certified organic wines expressive of the vintage and vineyard. Come visit us for a tasting and a tour - We are open all four seasons! Only 7 minutes from downtown, our winery is just across the bridge in West Kelowna.

We found this by chance after being a bit disappointed by how commercial our first winery stop was... This place was SO cute, quaint and interesting. We got a great and very generous wine flight from a knowledgeable member of staff who was clearly really passionate about the business. They are also one of only a few places to produce some of their wines fully certified as organic. Skip the big corporations and go here for a genuine experience! 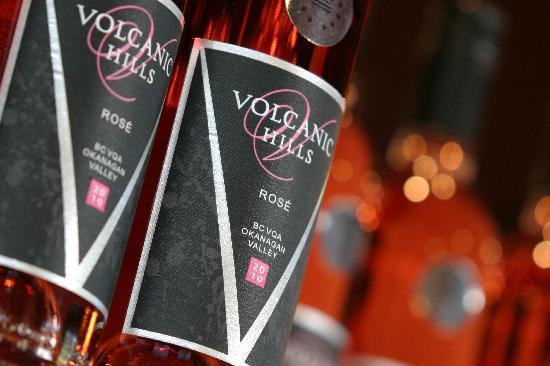 Since 1978, Sarwan Gidda and his family have been growing grapes in the Okanagan Valley. Our Winery is situated on the south eastern slope of a 60 million year of dormant volcano - Boucherie Mountain. Our wines are made from 100% BC grown grapes and are BCVQA approved. Come visit our expansive tasting counter and unique gift stop!

Too cool and windy to sit out on the patio so sat inside. Small little restaurant with about 8-10 tables. 5 of us. We had their antipasto appy .pricey but fairly good. Pasta special was great. House wine was very good. Server was excellent.

7. Off The Grid Organic Winery 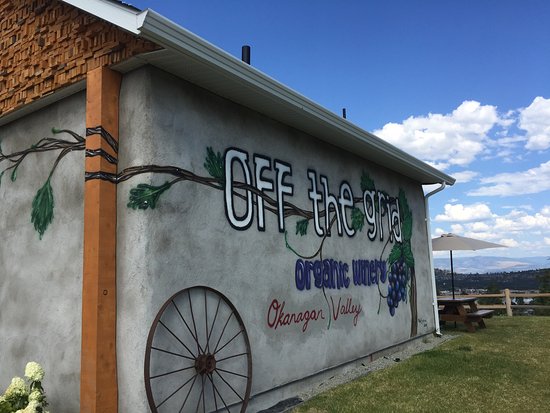 Our story goes back a long way. Over a hundred years and five generations in fact. From running cattle to fruit growing, our family's experience and love for agriculture has remained strong. We've learnt a few things along the way; paramount being conservation. Being stewards of the land which has provided for so many, for so long, is a task we take seriously. Come visit our straw bale wine shop.

Yay finally a day without all the smokey skies. We decided to take advantage of this by visiting off The Grid Winery. Just a little background the house was built to be totally self sustaining meaning solar energy. Bales of hay used as the foundation...MoreWell first off lets thank mother nature and the firefighters for allowing the view to come back. We are really excited to have had the opportunity to share our property and ideas on sustainability with you. Thanks for the 6 star review ;-) 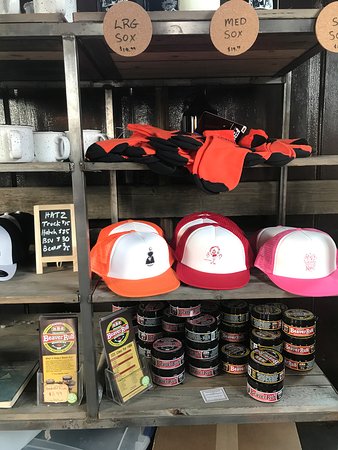 Certain to be the finest tasting establishment in British Columbia, the hatch is a place where one can come and enjoy wine, and life.

As an Italian pretty much seriously into wines, I was very curious to try out Canadian ones. I had a wine tour comprising different wineries and unfortunately I had to taste all really really in a rush. Nonetheless, this one striked me as the most original: beautiful interior seriously remarkable artistic labels, original products, nice service. 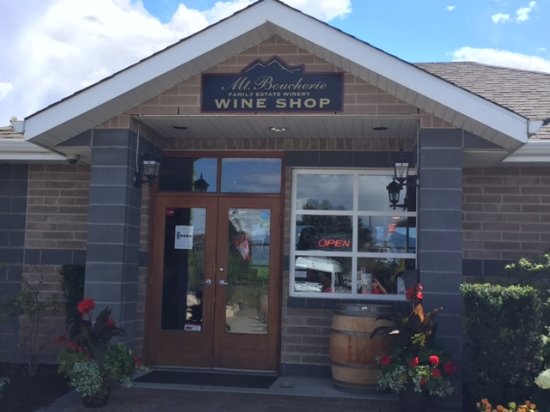 Mt. Boucherie Winery is located on the slopes above Okanagan Lake in West Kelowna. We are an independent winery controlling every facet of our production from vine to glass. Led by winemaker Jim Faulkner and his team, we produce 25,000 cases of wine annually featuring elegant whites, luscious red and delightful icewines. Our wines are incredibly food friendly and our extensive portfolio ensures there’s a bottle to match your palate, plate and mood.

Friendly staff and a lovely variety of wines. They were so accommodating and had no troubles shipping the wine we bought so that we wouldn't have to travel with it. Put this one on your list. 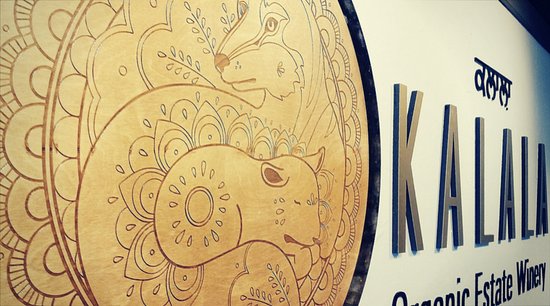 Kalala Organic Estate Winery is located on the Upper Bench of beautiful West Kelowna in the Okanagan Valley. Started by Karnail Singh Sidhu and family, Kalala has been making award winning, reasonably priced wines since July 2006. The vineyards were deemed certified organic in September 2010. Our philosophy is to allow the varietal characteristics and terroir to be truly expressed and only enhanced by minimal handling during winemaking. We welcome you to visit our tasting room and experience the finest of what the Okanagan has to offer. TASTING ROOM HOURS: April 1st to Oct 31st Open Daily 10am to 6pm Nov 1st to March 31st Open Wednesday to Sunday, 11am to 5pm or by appointment

We visited Kalala this past weekend on our mother/daughter wine tour. We had a big group of 20 and we accommodated nicely. Kalala has some great wines at a really nice price point for organic. The staff was very knowledgeable and shared some great info with our group. It's a bit out of the way, but worth it.