Świnoujście [ɕfʲinɔˈui̯ɕt͡ɕɛ] ( listen) (German: Swinemünde [ˈsʋi:nəˌmʏndə], both names meaning Świna mouth) is a city and seaport on the Baltic Sea and Szczecin Lagoon, located in the extreme north-west of Poland. It is situated mainly on the islands of Usedom and Wolin, but also occupies smaller islands, of which the largest is Karsibór island, once part of Usedom, now separated by the Piast Canal (formerly the Kaiserfahrt) dug in the late 19th century to facilitate ship access to Szczecin (Stettin).
Things to do in Swinoujscie 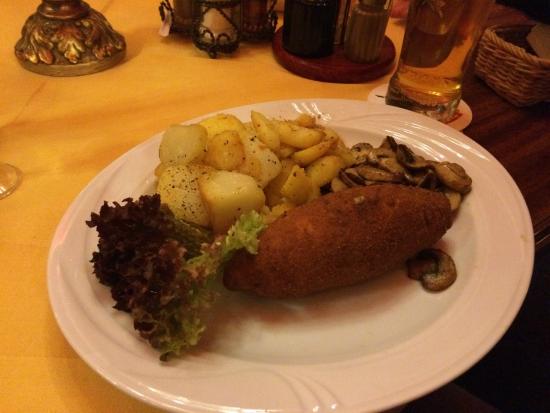 If you want to eat really good dinner in elegant atmosphere this is perfect place. Prices are reasonable and you can be sure that food will taste you. I will go for a dinner next time also there when I will be in Swinoujscie. 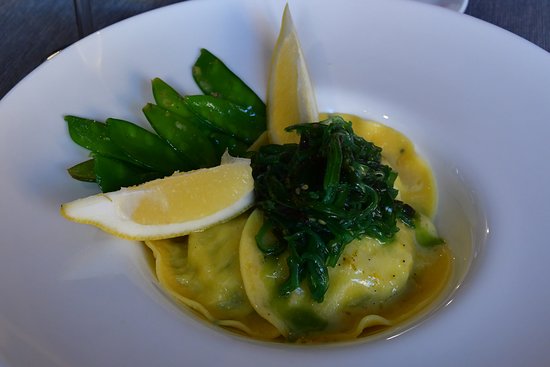 This time in Toscana I was caught on the hop by the redesigned layout of the menu. – It got even more Italian, being devided into : antipasti, primi, and secondi. Sadly, along the „secondi” I did not find my favourite tuna , though there were other dishes to make up for it.
This time I particularly liked the daurade with baked vegetables. The fish was simple, beautifully fried and the vegetables – still crispy and exposing the sweet taste of zucchini, spicy peppers,and aromas of baked celery root. Well, I dare say that the vegetables were the forte of the dish, with the fish buiding up their taste by adding a pinch of its sweetness to the whole.
Another delicacy (served during the weekend) proved to be the angler with ceviche. – The fish was absolutely great: soft and delicate which made a perfect counterpoint to the spicy ceviche.
I really liked the frutti di mare served in the Venetian way. Well, they were said to be fried, so I was a bit afraid to meet a heap of tempura on the plate. Luckily, nothing of that happened. – I was given mussels, a piece of fish, some pieces of squid and several little octopusi. The dish was great and the soft and sweetish little octopus were its forte. The whole was very aromatic and smelling of the sea…
I was glad they returned to the old good way of serving the pike perch- with pistachio crust. This time however, the cook served the fish on a slice of pistachio panna cotta. Sadly, the latter did not meet my expectations. The texture of the slice was more like a piece of a terrine rather than panna cotta. The taste was a bit bland, too… Nevertheless, the fish was very nice, indeed.
Speaking of meat, apart from the beautiful beef sirloin steak, which is a quality unto oneself, the venison in berry sauce was definitely worth a go. – The meat was soft and lean, and the sweet and sour sauce matched it perfectly.
- For more ardent meat lovers: Fiorentina steak available on some weekends!

Great selection of dishes no matter if you're looking for fish, meat, soups or pasta.
Quick and friendly service.
In the peak hours you may have to queue, pls don't be too shy to share the table with other guests - this is common sense here.
We've had grilled salmon with fries and salad as well as roast beef with same side dishes. Great taste, good quality.
But there are many dishes that attracted us, next time we may try the fish platter for two, the grilled checked or the pork with chanterelle sauce...
The only thing we were not satisfied with was the time we've had to wait for our cheque. But this might happen as the property was really full that evening.
Just a few seats inside, majority of the seats are outside, but most of them are covered.
Definitely can recommend this place for dinner! 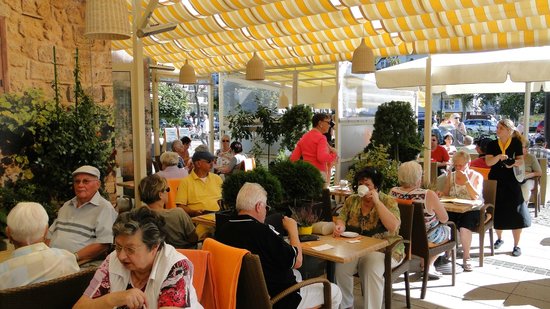 Fair prices, plenty of seats in the outside area and menu options to satisfy everyone. We went twice over the weekend and the only thing that we thought could improve was giving the waitresses some breaks - they worked very hard, anyone would be exhausted in the heat. 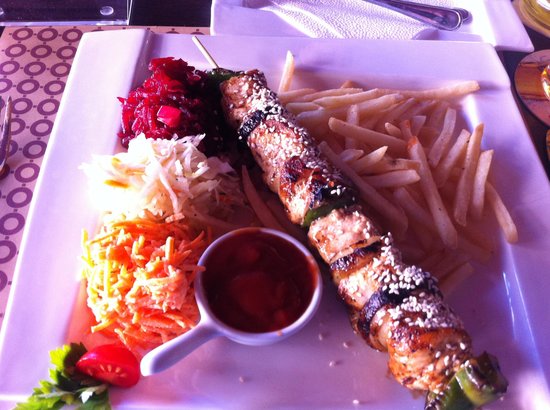 We are a restaurant, which is located in a building with a very extensive history. We are located in the city center at the newly constructed boardwalk. Kitchen, we offer both Polish and European. Everyone will find something for lunch or coffee. Our staff will assist you in the selection menu board, and answer all your questions about the composition of foods. Your comments are very seriously, we try to satisfy even the most demanding customers. Restaurant is open from 11:00 to 22:00 and on Fridays and Saturdays from 11:00 to 24:00

great located at the corner of the main square of Swinemünde, nicely renovated building, lovely setting with a lot of tender loving care. A great place to see, eat and drink.
Food is ok, not world class but very honest, and tasty. go for the polish specialties ! and the goulash is great...
P.S. Careful: the little bottles on the table do NOT contain balsamico. Its more like Knorr-Spice 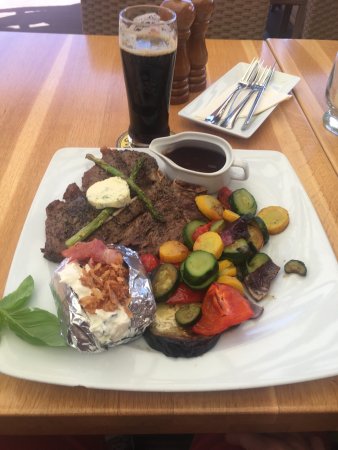 Excellent service and great food. The language barrier wasn't a problem and the staff kept up with our orders for coffee and beer etc. Great choice all very well presented. Hid in here for a couple of hours when it rained one morning and tried a few coffees and beers.
Again, very accomodating and definitely worth a visit. 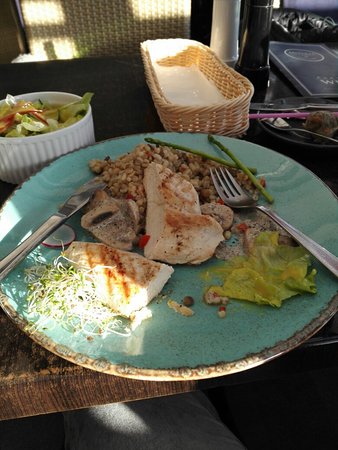 interesting menu, fair portions, not high price considering location, special locally roasted coffee (not one of this italian industrial stuff), friendly competent staff, unfortunately not a extensive place (as all the bars around), good for breakfast too 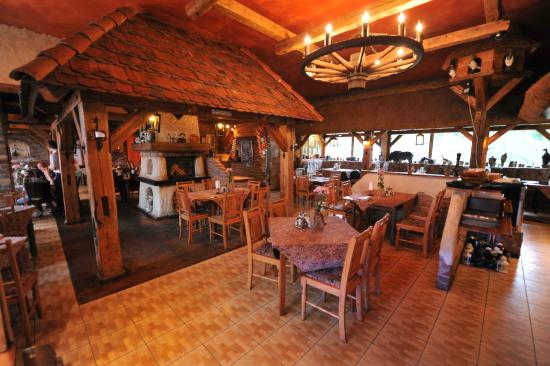 Ate here on both nights and tried different starters and mains on both days. The duck was the most generous portion of duck I've ever seen served in a restaurant.
Service was great, very prompt and polite. The pork schnitzel and potatoes were excellent. Would happily return. 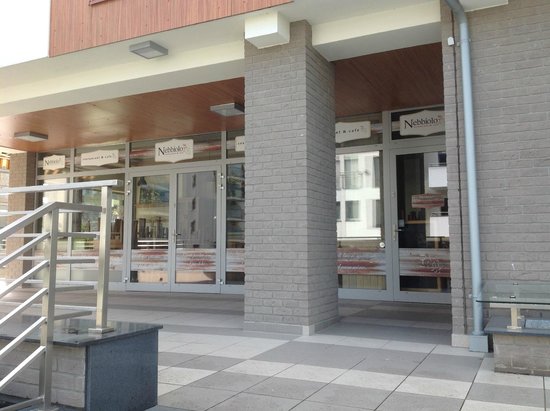 Nebbiolo is a restaurant located just 50 meters from the Promenade Swinoujscie. Located in a building with apartments Pegasus. The chef recommends the excellent Mediterranean cuisine, prepared from scratch based on natural and fresh products.To while away the meal we offer a wide selection of wines from the best vineyards. Enjoy!

Very pleasant place with excellent waiting staff offering Med-inspired cuisine. The menu is limited (which in many cases is a very good sign, a sign of freshness) and I can definitely recommend their soups, pastas, fish and chicken. Oh and very tasty starter of passover bread stuffed with feta and leeks. 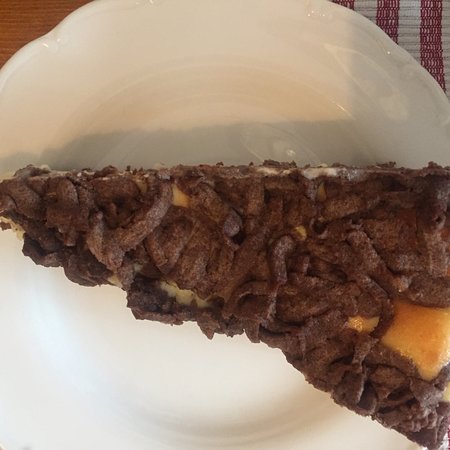 This cozy little cafe offers a great and delicious variety of cakes. We ordered an apple cake and raspberry tarte and didnt regret it. The coffee is great, too! Furniture and decoration is made with lots of love for details.
It's a true delight after a rainy day, the friendly staff makes you feel welcome and it will remain a highlight during our short vacation here. (We paid 47 Zl for two cakes and 1 Americano and 1 Latte.)