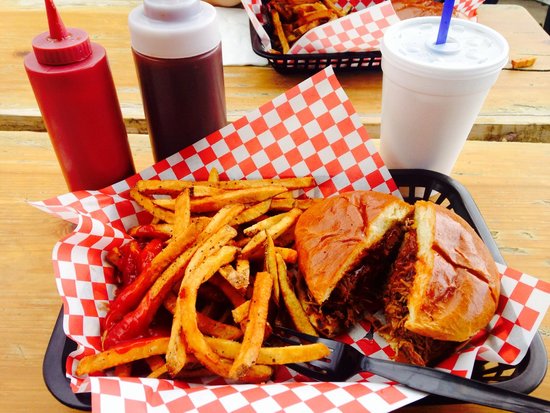 Hog Wild BBQ Restaurant is at the entrance to historic Old Town Cottonwood. Our pork, chicken and beef menu items are slow-cooked to perfection in our 100% wood-fired outdoor smoker over local pecan wood. We feature pecan-smoked baby back ribs, pork, and

We are visiting Cottonwood for a High School graduation and read good things about "Hog Wild" so decided to give them a try, on a Wednesday night. The restaurant is on a corner, and they have plenty of parking in the back. They have a nice size menu with many things to choose from, however on Wednesday nights, you can get a full rack of ribs, and two sides for $20.99. We decided on the Pulled Pork Sandwich, and the Full Rack of ribs, and both were absolutely delicious !! For the two sides, picked Potato Salad and baked Beans, they both were good, however they are "Simple and Plain" so no extra spices or anything, which gives you the opportunity to spice them up yourself. We arrived about 6:30, and the Restaurant was full, with no open tables, unfortunately was a bit cold to sit outside, so we had to order the food to go, and take in back to the Hotel, but were not disappointed in the food at all, extremely delicious. The staff was very friendly and helpful and chatted with us while we waited. Old style, plain decor, which works well for a place that focus's on BBQ. They are on the East end of Old Town Cottonwood, and are worth the effort and drive, if you want to some good tasting BBQ.

Just 20 min. from Sedona and 8 min from Jerome, COLT is a 1st Class BBQ Grill in the charming district of "Old Town," featuring a menu made entirely from scratch! The modern farm atmosphere features authentic smoked meats: baby back ribs, tender beef bris

We live in Sedona and drive here twice a week. The best burgers, barbecue (pork, beef and chicken) and beef brisket in this area! The owner also makes corned beef that low in sodium and nitrate free. They make all their own sauces and have gluten free buns. The drinks are also fantastic! I also like the mahi mahi fish tacos. The staff are all excellent and friendly. The owners Bob and Brenda are always on site overseeing everything. The prices here are also very reasonable! We also bring our well behaved dogs here on occasion. 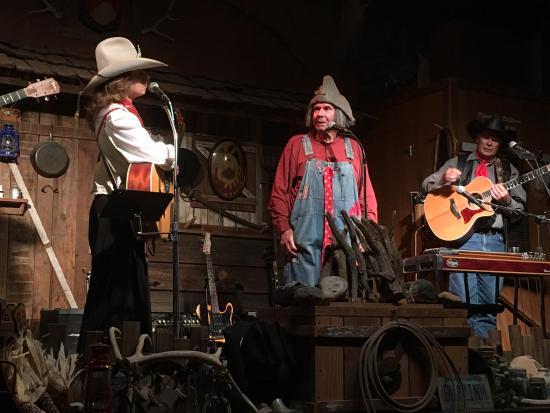 Our group of 24 senior citizens enjoyed exploring the 'cowboy village' area before the dinner bell sounded. We were all seated at long wooden tables with metal plates and cups. The food was abundant and delicious - followed by a foot stomping, sing along style cowboy show mixture of old favorites, silly sketches, serious singing and 'old' jokes. Altogether a great way to spend an evening.