Top Things to do in Gdansk

Where to Eat in Gdansk: The Best Restaurants and Bars

One of Poland’s most beautiful cities, Gdansk, on the Baltic Sea, has played major roles in history, especially in the 20th-century. It was the 1939 flash point of World War II, and then in 1980, the birthplace of the Solidarnosc labor movement, ushering the end of Communist domination in Eastern Europe. Gdansk’s Old Town, painstakingly reconstructed to its Hanseatic League glory after being leveled in World War II, is a highlight. The 14th-century Town Hall houses the city’s historical museum.
Things to do in Gdansk 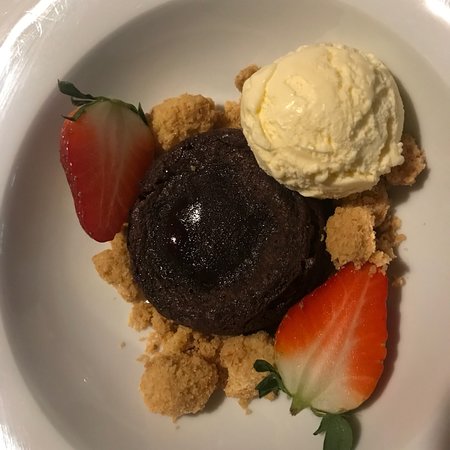 Reviewed By Steinar B - Norway

We were a group of four persons and had a great dinner. The location is great, in the beautiful Mariacka street. High quality food, with good choices of wine, served in a great atmosphere. Highly recommended! 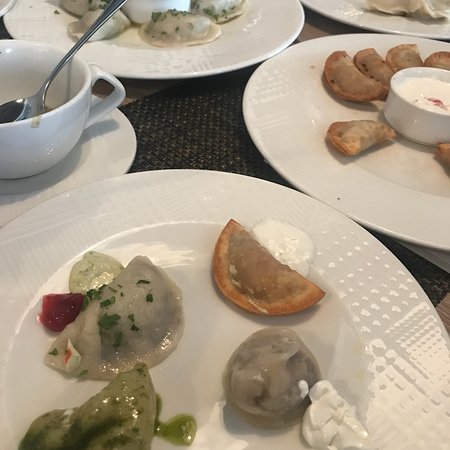 A really great menu with plenty of options. I had the hot wine, chicken and cheese perogis with honey mustard, and gherkin soup. My partner had tomato soup and fried tofu perogis (which was great as they have options for vegetarians) the soup was delicious - my perogis were over seasoned but I think I just made a bad choice. The service was good - would go back! 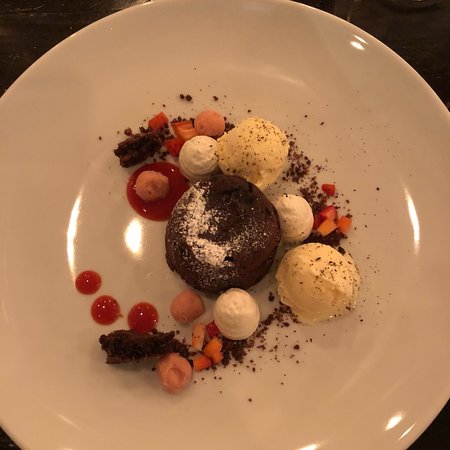 Welcome at Basia’s Ritz Restaurant! „Ritz” is open from Tuesday to Sunday, between 01:00 pm -10:00 pm. The kitchen takes last orders until 09.00 pm. Basia Ritz is the first polish Masterchef. She’s the owner of the restaurant and Chef in her author&apos;s kitchen. Restaurant Ritz is the place where unforgettable taste meet hight quality and attention to detail. In our fusion kitchen we use only fresh and sesonal products, that’s why our menu change almost every day. Open space of restaurant with the amazing view of the Old Town create a unique atmosphere.

First class meal here! We both went for the taster menu with flight of wines- excellent.
Interesting combinations of ingredients and superb presentation. Lamb was a highlight for me. Not cheap by Polish standards but for the standard of dining it was excellent value. Will visit again. 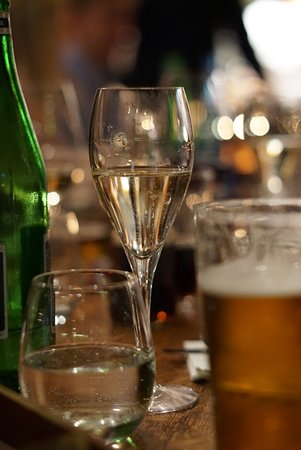 After Reading good reviews we decided to try this restaurant near to our hotel. It was very busy but they found us a table (should have booked) and the service was both friendly and attentive.
Menu is not massive as everything is made to order, but it was up to International standard and my goats cheese starter was one of the best I’ve had anywhere.
Not cheap but at £50 a head with a nice bottle of French wine, wasn’t a bad evening. Recommended 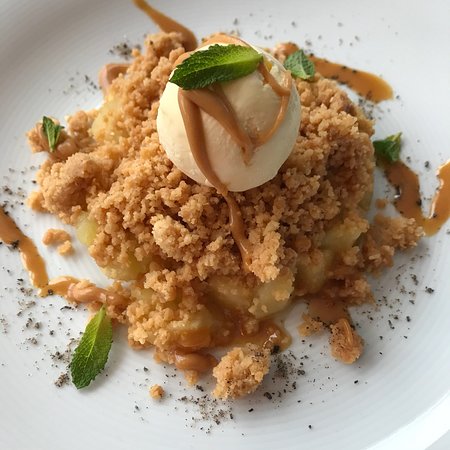 We established our restaurant out of a passion for combining flavors. We add a French twist to a modern and meticulous approach to Polish cuisine, leaving out the frogs and snails. Winne Grono (Fertile Vine) seeks to revitalize classic cooking. As to our wines, we import most of them directly from the producer to provide our guests with affordable prices and the best quality.

I strongly recommend this restaurant to everybody, the food there is outstandingly good. Especially Deserts. And they also have a good wine collection. The owners are very hospitable and attentive. Waiters are polite. If you come to Gdansk, you should definately eat a fine dinner there. 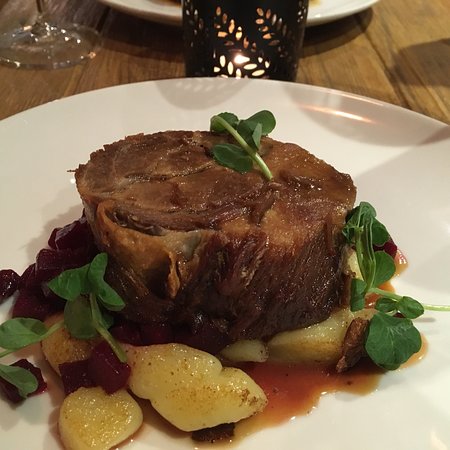 RADA MIASTA - FOOD&WINE We invite you to an exceptional place right In the heart of the Old Town In Gdansk. Fantastic energy brings together good food and the unique history of this really out standing good restaurants. 400 years ago, In the Cellary of this City Council building In Gdansk, a great scientist and astronomer, Jan Heweliusz stored his fine spiritus. Heweliusz owned Breweries, He was also a High Master of the Brewery Guild, but also he was a passionato of fine wines. Jan Heweliusz was overseeing the whole production of wines himself. Just imagine the atmosphere of those original, renovated Cellars of Jan Heweliusz - a link of tradition and modern age. Sample the unique taster of XVII cuisine, together with fantastic wines, that will satisfy even the greatest connoseurs. This exceptional restaurants is located In the Old Town, in the Gdansk City Council building, 5 min.from the center of Gdansk.

Went there for a late lunch. Place is beautiful. Looks like a cave, really nice! Service excellent. They care about the people. Owner came to say hi, spoke Spanish to me on top Food was great. Menu is a bit more Asian than expected but the quality is just great! Beautiful combination of different tastes, again a bit Asian style but really good.
Risotto with a kind of curry was beautiful. Grilled gambas as appetizer excellent and my pasta with lamb great. Very tasty and good portions.
Wine selection was also really good! Lot of really good wine there! Actually one of the best, if not the best in terms of wine selection.
We’ll come back and I would definitely recommend it. 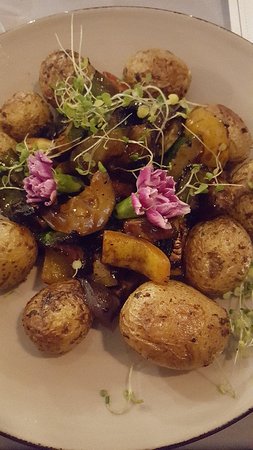 Delicious food together with an outstanding view of Motlawa River. Our cuisine is inspired by polish taste with a bit of modern twist.

Reviewed By Olli-Pekka B

Place was small but relatively cozy. Located near old town by the canal. Waiter was friendly and recommend us foods what is good. When I am abroad I usually take traditional local food and in this case it was excelent choise. For starter I took Polish Pate which was excelent and super tasty. As a main course I took wild bore. Meat was good and also sauce and beet roots. Local noodles was ok but dish is beyter with out them. Kitchen gave us supprise dessert which was applepke with icecream and cream. Good was that waiter selected right beers for dinner and it was good choise. I warmly recommend this restaurant. 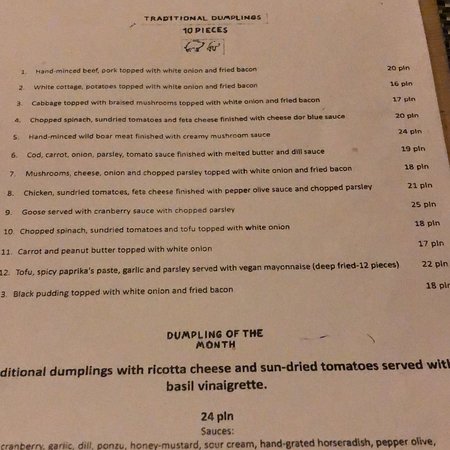 Visited for a late lunch today. Even though it was past the usual lunch time it was still very busy and throughout our visit there was a constant flow of people coming in. Service was fantastic, all the staff appeared to work hard and put the effort in with the customers. We were mainly served by anita and gosta (hope i got that right!). They were brilliant. We had a set of chicken dumplings and a set if sweet apple dumplings. Both were brilliant. Really good atmosphere and price wise it is very reasonable. If your in gdansk i think you have to go to mandu!! 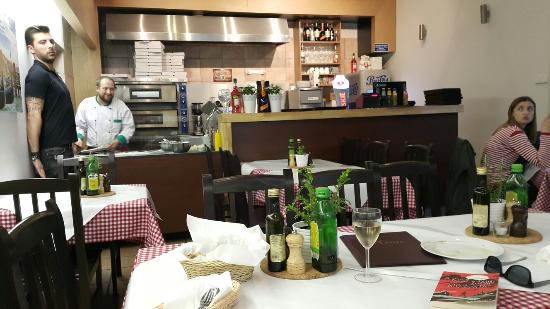 Highly recommend this place after an excellent lunch. Clean restaurant with a nice ambience with top service. I would recommend the spaghetti with seafood or carbonara - to be washed down with a carafe of the great house wine ? 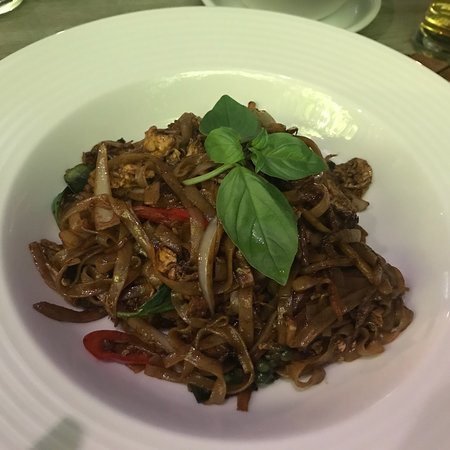