Top Things to do in Belmont

Discover Restaurants offering the best Italian food in Belmont, North Carolina, United States. Belmont is a small suburban city in Gaston County, North Carolina, United States, located about 15 miles (24 km) west of uptown Charlotte and 9 miles (14 km) east of Gastonia. The population was 10,076 at the 2010 census. Once known as Garibaldi Station, the name change for Belmont is disputed. Some say it was named for a prominent New York banker - August Belmont. Others contend the Pope ordered the abbot of the monastery to change the name since he would not tolerate an abbey in a place that bore the Garibaldi name. The abbot could see Crowder's mountain from the property and named the town Belmont - "beautiful mountain". Belmont is home to Belmont Abbey College.
Things to do in Belmont 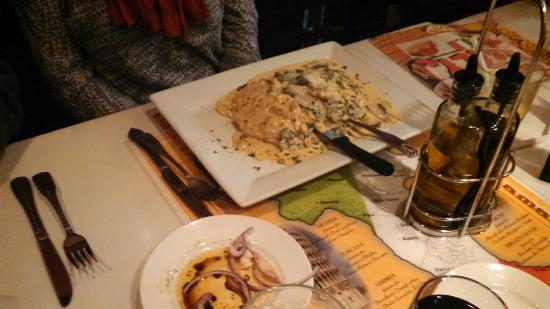 Sunday meal after church. Restaurant located in a shopping mall. Combination of pizza parlor/restaurant but donât let that scare you! Several specials, in addition to an already ample Italian menu. Excellent food and I canât say enough good things about our waiter. Very, very attentive! Excellent waiter! Will return.

Where to eat Cafe food in Belmont: The Best Restaurants and Bars 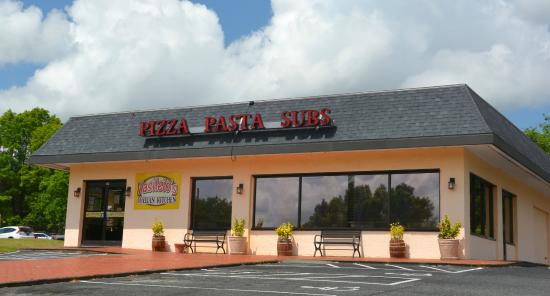 My wife and I tried Vasileio's for the first time. We were pleasantly surprised. Doesn't look like much from the outside but inside is a clean, warm family restaurant. I ordered manicotti; she, the flounder. Both dishes were very good as were the accompanying salads and breadsticks. Good, prompt service and very reasonable prices. We would definitely go back.PS. Didn't see any alcohol on the menu. 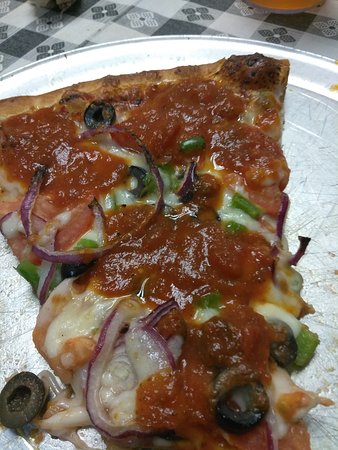 We tried Papa Sammy's Pizza tonight in Mt Holly.We loved it! The garlic knots are amazing. Light and fluffy with garlic butter and parm and a great marinara. I had the pizza with pepperoni and banana peppers. The pizza was good, you would love it if you like a thin crust, I prefer a little thicker, but the taste was great. My husband had the Rattlesnake burger and loved it, just enough heat, warm soft pita. French fries are great. We shared the chocolate cake, and wish we each got our own piece. Delicious! Not too sweet, moist cake and great butter cream frosting. We waited for fresh sweet tea to come out, and it was worth the wait, great tea, not too sweet, and good flavor.The atmosphere is wonderful- VERY family friendly. Games on the tables, open seating. We had fun chatting with the tables around us. Lots of kids. Well behaved I might add. Clean bathrooms!If you haven't been here, give them a try, well worth the drive. You have to look for them, they don't even have a sign.

I was wanting pizza and the rest of the family didn't, so we ended up here so they could have other choices. Pizza, Stromboli, sub and a pasta dish. A friend had told me it was the best pizza they had ever had, my pizza was fine but nothing to set it apart from others. Everyone enjoyed their meals. Good service, though we were the only customers. It's somewhat out of the way for us, so it probably won't become our new place, but wouldn't hesitate to come back if we were in the area.

I didn't like past experience with the food here but now We order here every other Friday. I don't understand the bad reviews on the pizza because I don't even care for pizza but I would say the pizza is pretty good here. Id much rather have this pizza in this area compared to the others. I also think the salad is above average. I love the roasted/pickled peppers on top and the ranch. The alfredo is just ok. I do not like the garlic knots, they taste frozen to me. I love that they deliver and because the pizza is good and the salad is good we get it on Friday nights probably every other week. Glad you enjoy the food sorry you don't like the knots. They are deep fried instead of baked so maybe that's why you don't like the taste? They are made fresh to order from our dough so not frozen. I used to bake them then tried the frying and most customers prefer the fried version. So I just kept it that way. Thanks again for the review! 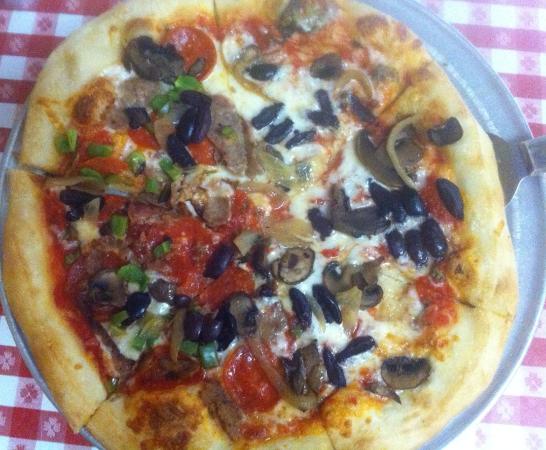 We ordered pizza, gluten free pasta and cheese, ziti with meatballs, linguini with clams and linguini with shrimp. The gluten free pasta was so nice to find available and my niece loved it. Pasta dishes were good, pizza was dry and needed more sauce. Service was excellent. Stopped and bought pastries to go which were outstanding from See Jane Bake, a local bakery. We would give them another try, if we were in the area again. Prices were reasonable.