Top Things to do in Tangier

The 10 Best Things to Do in Tangier, Morocco

Located on the Strait of Gibraltar where Africa meets Europe, Tangier has long held strategic importance. Ruled through the centuries by waves of conquerors including Romans, Vandals, Byzantines, Arabs and Portuguese, the city is more than two and a half millennia old, making it one of North Africa's most ancient. The medina, kasbah, bazaars and souks are among the country's most vibrant, and the beaches are excellent. In the last century, Tangier became a hot spot for the international jet set.
Restaurants in Tangier 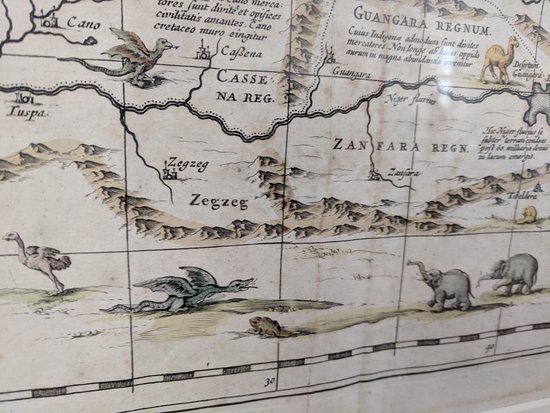 The only US Historic Monument outside the United States, TALIM includes a public museum, research library accessible by appointment only, and a community Arabic Literacy Program. Admission 20 dirhams per person. Museum opening hours are Monday-Friday 10h-17h and Saturdays 10h-15h. Guided tours available for supplemental fee.

Well worth a detour in the Medina. Cool , interesting rooms and information. You can imagine how it was and how they lived then 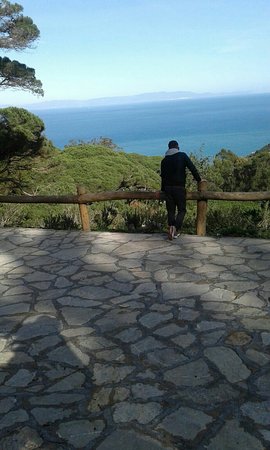 OK ... I'd like to live in the estate house. Being a government employee certainly had its perks in the day. The chateau was supposedly the home of the American amabassador to Morocco at the time it was built. A quick stop on the way to Cap Spartel, the Herculean Caves, and Asilah. 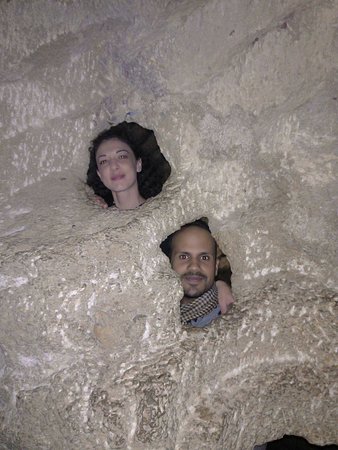 Reviewed By Per S - Marrakech, Morocco

Very impressive caves with a magical ambience. Very well maintained with great lightning. A must see in Tangier. 25 min scenic drive from the medina 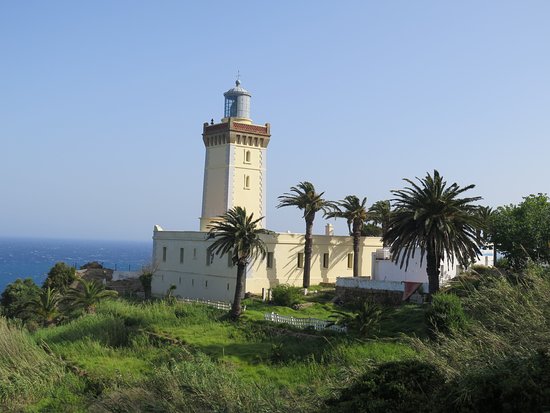 The lighthouse itself is beautiful, having been recently restored. But the reason to go is to see the amazing views of the Atlantic/Med, including the waves crashing into the rocky shoreline. You can't go up into the lighthouse, which was disappointing. There is free parking and a small number of merchants in the parking lot. Definitely worth a short visit. 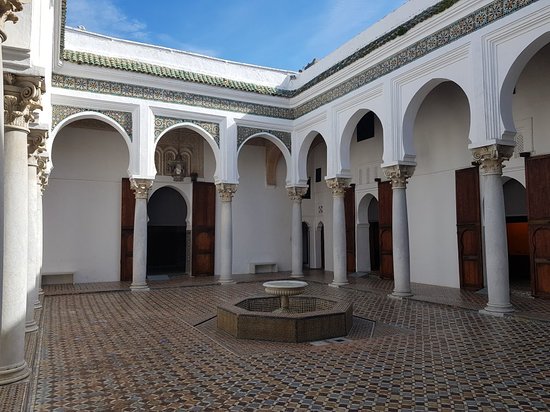 The museum is situated in the center of the Kasbah and has a nice collection of artifacts. It starts with the archaeological discoveries, then the pre-Roman civilization, artifacts tracing the Islamization of the region and the importance of trade between Tingitane Penninsula and other Mediterranean civilizations. The Moroccan- Andalusian style garden includes a beautiful Fountain. Like most of Morocco, they did not have information in English but we got a small brochure with some information on the museum. 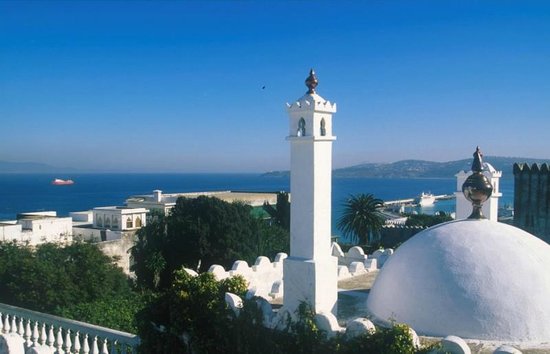 We spent an unexpected day in Tangier, due to an itinerary change on our cruise. We were originally scheduled to spend a day in Casablanca, but due to rough seas, Casablanca was cancelled and Tangier added to the itinerary.
From the time we walked out of the cruise terminal we were harassed by taxi drivers wanting to take us on tours. Later we walked into a shop, (this was on the street, not in the Medina) and the owner insisted he take us on a tour of the Medina for a price (I later realised why he really wanted to take us). He wasn’t happy that I refused his offer. While walking in Tangier my daughter received a lot of sinister stares from local men despite being adequately dressed (it was extremely cold the day we visited).
We then visited the Medina. I noticed that some tourists used guides which may have been handy for them. Although the Medina had lots of winding alleys, I found the Medina reasonably easy to navigate.
The Medina is fascinating, vibrant, and colourful and has some wonderful architecture. There is a lot of interesting and diverse shopping that can be done. We did buy some items, but you must bargain hard, as starting prices are ridiculously high.
This could have been a wonderful outing at the Medina but it was spoilt by the continual harassment of shop owners and merchants. Once they identify you as a western tourist (which they are good at) all they want is your money. You simply can’t shop in peace.
Here is one example of what we had to endure. When we were walking through one of the winding alleys one shop owner offered to show us back to the main street. I declined his offer, but my wife (who thought that I didn’t know where I was going) accepted his offer. All this guy did was lead us to his friends/relatives shop (which was huge) where my wife and children were lured in. We did actually buy some products from this shop. When we were about to leave, the owner took us upstairs (four levels I think) onto the rooftop. I must admit that the views from this rooftop were amazing! When we came back down two levels, the owner met us and offered us cups of mint tea. I thought what a hospitable man; I am experiencing real Arabian hospitality. While we were waiting for the tea, the owner had another guy roll out all these hand-made rugs and carpets. He kept asking, which ones do you want to buy? The prices he was offering were extremely high and he clearly took us as fools. I could buy these carpets for less than half the price back home in Australia! Even if the price was good, we simply couldn’t fit these large carpets in our luggage. This went on for more than 10 minutes until a tour group from the cruise ship arrived and he turned his attention to them. We didn’t worry about finishing our tea and slipped out of his shop.
This Medina could have been an amazing experience for us. However, the continual harassment and trickery of the vendors spoilt this experience. I later realised why the owner of the first shop we visited on the street wanted to take us on a tour of the Medina. It wasn’t for the fee we would pay him. I’m sure he had relatives who had shops in the Medina, or he owned some shops in the Medina, and wanted to take us to these shops only. Instead of spending the entire day at the Medina we spent less than 2 hours and were glad to get out of the place. This was our first visit to Morocco and if this is how Moroccans behave then I don’t want to go back! 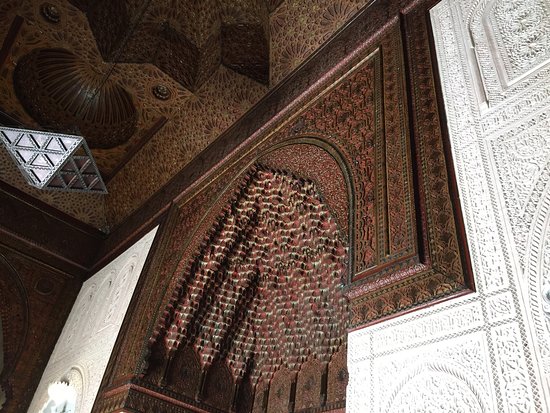 The scenery is beautiful. The history is amazing. But people are out to get your money once you’re identified as a tourist. If you ask someone for directions, they’ll tell you the truth or a lie, and then expect money. If you don’t pay they will make noises and follow you. People will try and get you to come in to their shops. Since streets are narrow and winding you could disappear quickly and none would be wiser. Be very vigilant while in Tangier. 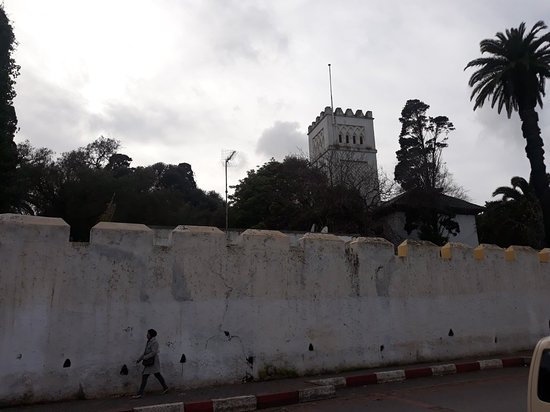 This was a pleasure to visit during a long 4-hour walking tour of the Medina and the area around it. The church itself is full of Moorish architecture - typical Moorish arches everywhere, flat elaborately carved wooden ceilings, etc - which are a striking and unusual contrast with the typical Anglican features likely the wooden noticeboard displaying the numbers of the hymns to sung during the service, the wooden pews, the small pulpit and the rest. There are interesting photographs of previous bishops and prominent members of the congregation, and copies of an illustrated history of the church and its place in Tangier. The Gardens outside are well-tended and beautifully shady and cool. Altogether a delightful quiet and tranquil place, particularly on a hot June day. Well worth a visit. 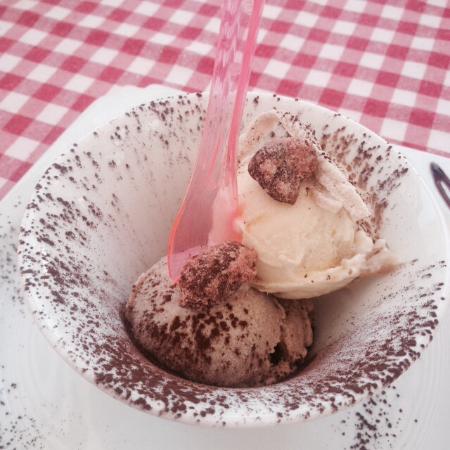 Lots of shops and touristy things around this area. Some good restaurants and coffee shops. There are also hotels and Hostels in the immediate vicinity. As with all Arab countries, be prepared to be hassled. 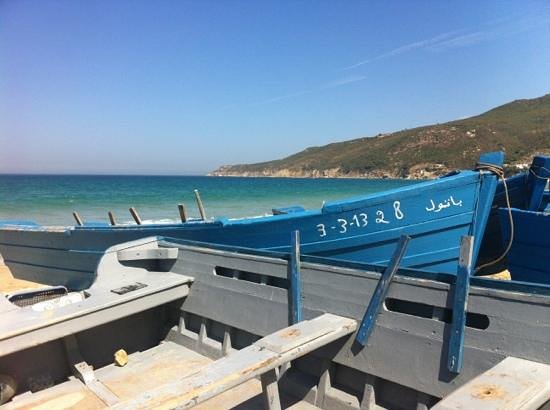 a beach with a spectacular arches where u can walk in! the place just amazing! you can walk, you can swim! you can just sit in front of the sea looking to this unusual Panorama! the water is clear,the weather cool! just enjoy your time there!