Top Things to do in Coatbridge

Where to Eat in Coatbridge: The Best Restaurants and Bars

Coatbridge (Scots: Cotbrig or Coatbrig, Scottish Gaelic: Drochaid a' Chòta) is a town in North Lanarkshire, Scotland, about 8.5 miles (13.7 km) east of Glasgow city centre, set in the central Lowlands. The town, with neighbouring Airdrie, is part of the Greater Glasgow urban area. While the earliest known settlement of the area dates back to the Stone Age era, the founding of the town can be traced to the 12th century, when a Royal Charter was granted to the monks of Newbattle Abbey by King Malcolm IV. Coatbridge, along with its neighbour Airdrie, forms the area known as the Monklands.
Things to do in Coatbridge 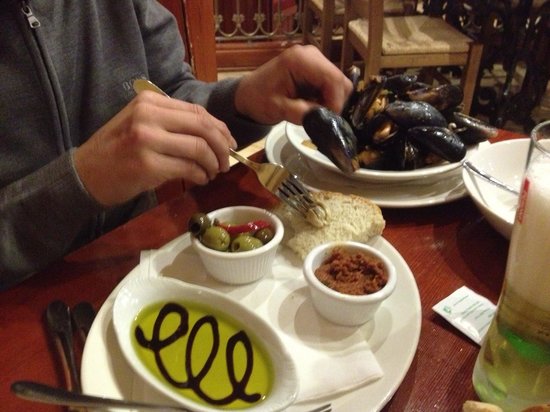 Visited Trattoria Guidi for the first time tonight (03/03/18) for my partners birthday meal, excellent choice menu was really good,prices reasonable and staff friendly.
Booked a table to make sure we had 1 with it being a saturday, all went well and will return again soon. 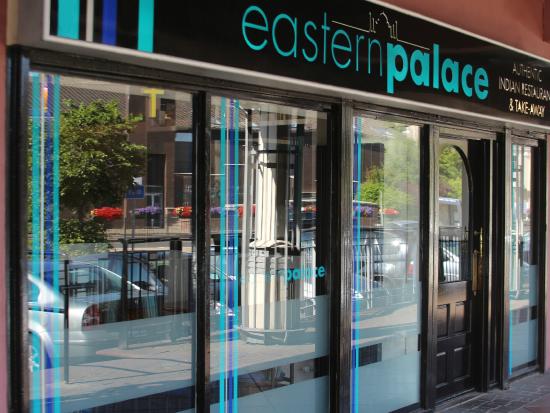 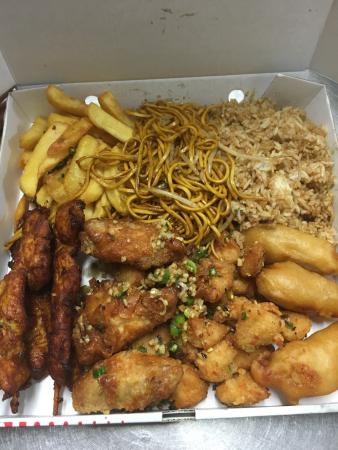 Walked in without booking, most tables occupied and waiting staff very busy. The waiter apologised and advised he clear a table as soon as. we took our seats and the set lunch menu was quite extensive and very reasonably priced. The starters arrived and we all were both surprised and pleased that the portion was what would be expected as a starter on full al acarte dinner menu, the mains arrived and were as pleasing as the starters. 3 lunches with wine or soft drinks less than £30.00. Nice polite staff, nice food, light and airy. 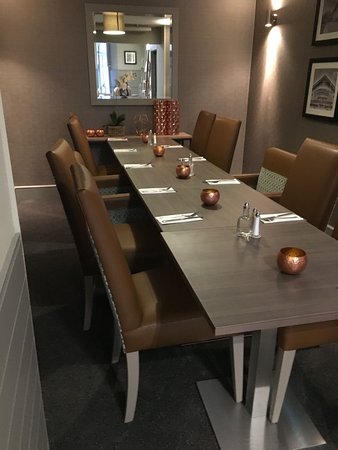 Family night out took 30mins before anyone came for our orders then 45mins wait between courses .staff were rushed off their feet .the meal itself depends what you had the steak pie got a thumbs up but the fish was most definitely a thumbs down .tasteless if this was cod I would be picking a different supplier served with cold mushy peas .didn't wait for pudding as couldn't stand another 45mins wait .very busy place very noisey so if you a looking for somewhere for a quiet meal out don't go there . 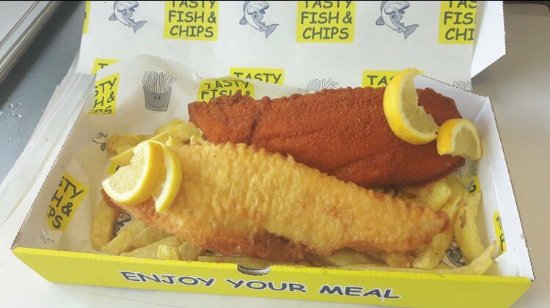 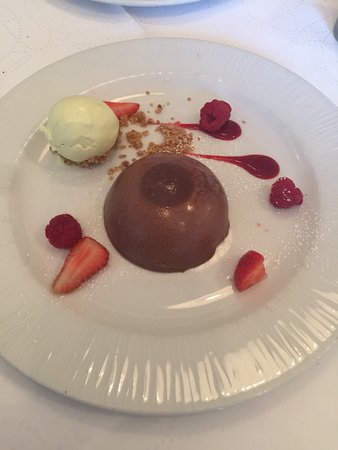 Family group various ages booking a la carte menu ,food as always excellent BUT the service poor,left sitting with dirty plates no effort to remove them had to ask !! then no one approached with a dessert menu again had to ask!! and the restaurant was not busy ,staff stood behind the bar chatting.Our bill was over £200 so I think we deserved better ,there are a lot of new restaurants in the area so competition is becoming fearsome so better sort this out or your regular customers will desert you. 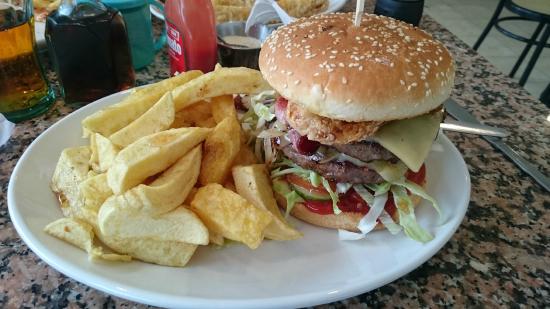 Small family run business , take out or sit in . Chip shop and Italian meals made and served fresh . Owned by brother and sister since January 2003 .

Had carbonara takeaway tonight and was as delish as always, chips were also warm as not been lately and portions were getting smaller if getting just a bag of chips but have to say tonight was def the old sizzlers back and cant recommend the...MoreFantastic to hear your thoughts on our food . We will be striving to keep up the standards for yourself and everyone else . Thank you again for the review . 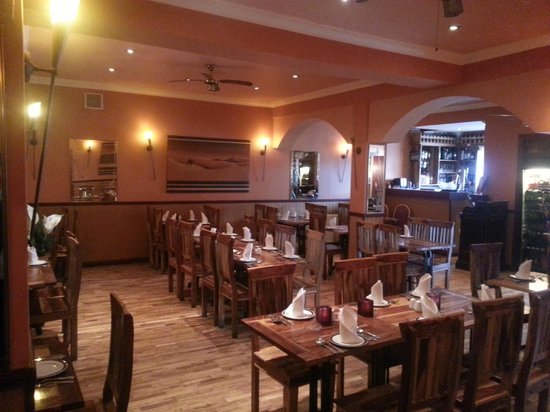 A warm welcome to the Crown Jewel Restaurant where you will discover a refreshing approach to dining out - combining elegance without pretension, attentive service, warmth and outstanding value for money. Explore our extensive menu which is designed to suit even the most discerning diner. From our extensive menu you have the choice of wholesome Punjabi fare, the earthy delights of the Tandoor (clay oven) as well as the robust cuisine of the frontiers, and of course, some authentic Mediterranean mouth watering recipes for those who like to sample something a little different. Sould your favourite dish not be on the menu, don&apos;t hesitate to ask our chef - who is renowned for making dishes with emphasis on freshness and distinct spicing - and whenever possible we will do our utmost to accommodate.

This is a fabulous restaurant. The staff are pleasant, welcoming and attentive. The food is just delicious and great value. I would recommend this to anyone. From couples to parties, it suits all. Depending on what time of day you arrive and what you order this can be pleasantly inexpensive or a bit dearer, but never disappointing. 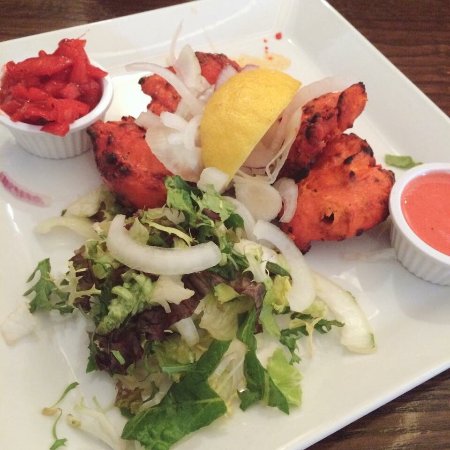 First time back in since the refit.
Place looks fantastic and glad the back car park has been redone.
The service as usual is great. All very friendly and helpful.
The food as usual no complaints from our party of 7. Very tasty and just perfect sized portions. 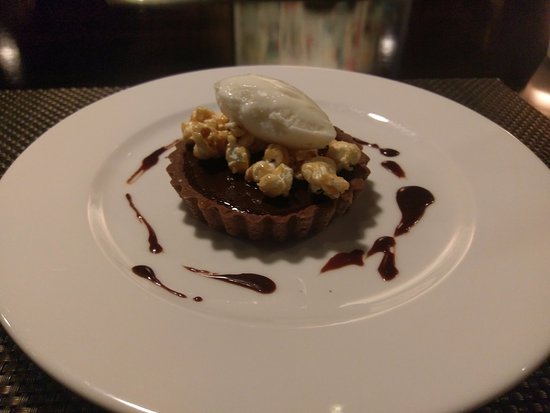 From start to finish, food, service and ambience couldn't be faulted. Fritto misto, pate and dim sum starters were so delicious with the fritto light and non-greasy. Fish, chips and mushy peas were spot on, as was the hamburger. Everyone who was serving us was very friendly and relaxed, yet professional. With two bottles of Prosecco the bill was £150. Superb!