Top Things to do in Burford

Where to Eat in Burford: The Best Restaurants and Bars

Burford /ˈbɜːrfərd/ is a medieval town on the River Windrush in the Cotswold hills in West Oxfordshire, England. It is often referred to as the 'gateway' to the Cotswolds. Burford is located 18 miles (29 km) west of Oxford and 22 miles (35 km) southeast of Cheltenham, about 2 miles (3 km) from the Gloucestershire boundary. The toponym derives from the Old English words burh meaning fortified town or hilltown and ford, the crossing of a river. The 2011 Census recorded the population of Burford parish as 1,410 and Burford Ward as 1,847.
Things to do in Burford

1. The Angel at Burford 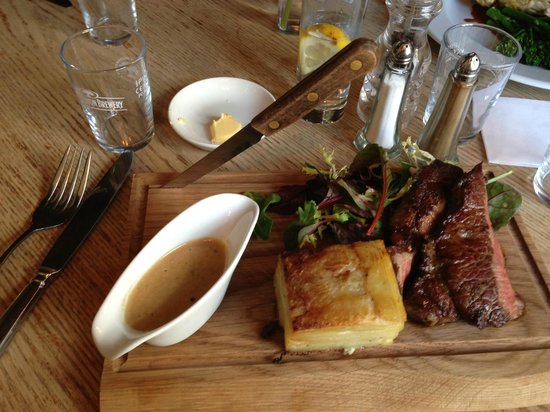 The Angel at Burford is an award winning Gastro Pub located in the beautiful Cotswold town of Burford. We are Hook Norton&apos;s Food Pub of the Year in 2015, and hold an AA Rosette.

My husband and I really wanted to like this place; it is the second highest rated in Burford, after all, and the menu surely sounded incredible. It started out with prompt, friendly service and very nice (a bit overpriced, but typical for the area) scallop starter, but then my chosen main came. It was a (small for the price, but again, typical for the area) fish pie with Cheddar mash and a tiny side salad of rocket and parmesan for £16 or £17. Within one bite I could tell it was extremely bland and I immediately reached for the salt and pepper, which I never do, but still that didn't really make much of a difference. I had a couple more bites but was so underwhelmed by how flavourless and tasteless it was that I left it uneaten. When the waitress came around and asked how our food was I told her it was bland and she did offer a free drink on the house, but I thought a manager would have at least come by to apologise and offer to take my main off the bill as a gesture. At that point I was so hungry that I couldn't be bothered to challenge it and nipped right across the road to Huffkins for a delicious Prawn Marie Rose Sandwich. Maybe things like the roast are alright, but for everything else I'd say don't chance it. I'm sure there are much nicer places in the area to eat. 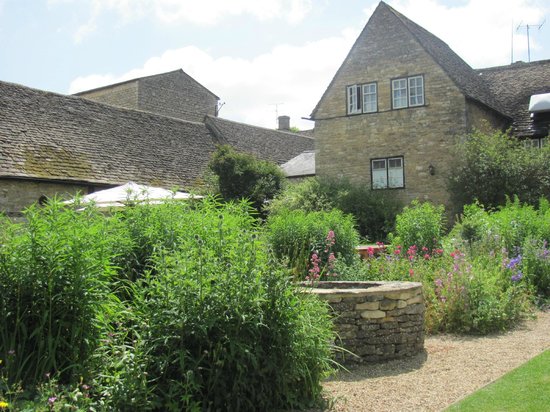 Our 2 AA rosette Cotswolds restaurant is located on a quaint side street in the heart of Burford, famed for its sheep fairs of times gone by when our historic hotel, was once a collection of weavers cottages. This history teamed with our outstanding food and friendly service makes for a great location for lunch or dinner in Burford - indulge in seasonal plates of food that celebrate the fantastic flavours of our local ingredients whilst relaxing in an ambiance that is both intimate and homely. On Sundays, join us with family and friends for a traditional Sunday lunch, nothing fussy, just good food done really well.

Been a regular patron of the Lamb for many years, as a half way point to meet friends who live in the Midlands. The bar serves excellent food and provides a lovely, relaxed environment to eat and to talk, especially in the winter with its open fires. If the bar is full, there's plenty of Seating in a series of lounges and of course there's a more formal eating option in the dining room. There's also a pleasant outside Seating area for the summer. The portions are on the big side, the dishes are tasty and prices are reasonable. Service is friendly and efficient. The interior of the Lamb is completely traditional, with lots of small rooms full of the sort of paintings, furniture and objects found in every pub and hotel in Britain fifty years ago and earlier. There's parking in the street outside. 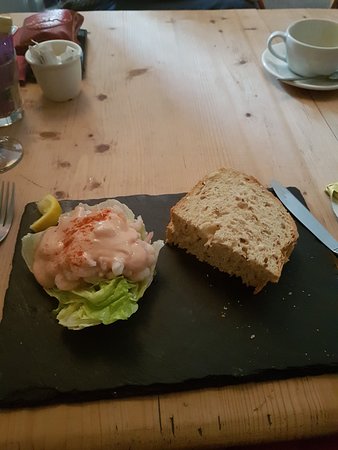 Historic Cotswold Pub in a small village. This is a laid back family run pub, that provides home cooked food in a friendly environment. There is a large beer garden for all to enjoy, whether it&apos;s for a drink or meal. Popular for their burgers, pizza and cheesecake is the perfect place to bring your family. Our main menu is not available on a Sunday, just roasts and a range of snacks. *The carpenters is not a gastro pub

Stopped here on the way back from Wales, I'm glad we did because this was a lovely place. Great food, lovely staff brilliant location, shame it's so far away but would definitely stop here when in the Cotswolds next. Visiting friends in Shipton-under-Wychwood they booked a meal for six of us in their favourite Indian restaurant. It’s now our favourite Indian too. Lovely food, lovely service and just a lovely place. I stuck with my usual Lamb Rogan, Sag Bhajee and chapattis - that way I knew I would be able to compare with other Indian restaurants. I wasn’t disappointed. The Lamb was to die for, so very tender and tasty. And the sides were just as good. This place is a MUST for anyone visiting Burford or anywhere near for that matter. Thanks to Peter and Jane for taking us, you are very lucky to live so close to such a wonderful place.

We luckily got free car parking thats directly across the road but there is local carparks that are free but have restricted times on it! This inn is bang on the highstreet and is the perfect location to be in while staying in Burford! Old,...MoreThanks for taking the time to review us. We are delighted you had a great stay and loved the food. I do apologise for lack of tact from one of our staff and the issue will be addressed. 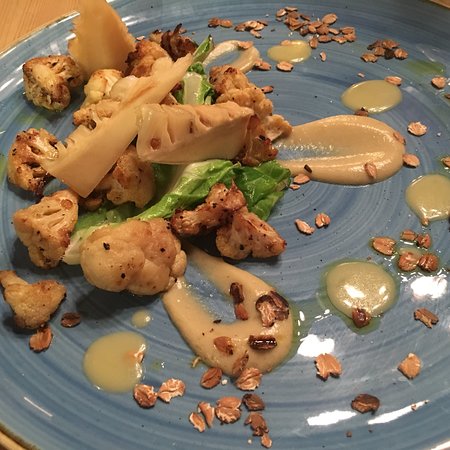 Independently owned, the Maytime Inn is located in the heart of the beautiful, peaceful and historic Cotswold village of Asthall. Ideally positioned for exploring the Cotswolds, next to the River Windrush and a short drive to Oxford and London. The Maytime Inn is the perfect place to unwind in one of our luxurious boutique rooms. Whether you are looking for a quick drink, snack or three course meal we can accommodate your needs. Our food is freshly made by our award winning Head Chef using seasonal local produce. In winter you can eat by the wood fire in our rustic restaurant and in summer take advantage of our award winning garden and eat outside on the comfortable wooden furniture enjoying the views with one of our 100 gins served from our outdoor bar.

We had lunch here on a beautiful sunny day in May. We sat in the garden to make the most of the weather and it was just gorgeous! The pub Gardens are truly beautiful and very well maintained.
The food was lovely and I had one of the best Pimms ever!!! We would definitely visit again if we were in the area! 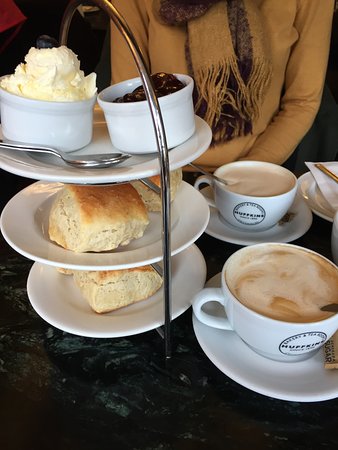 Huffkins is a bit unusual. We are an independent family business with our own craft bakery and a heritage that stretches back to 1890. Established in Burford, at the heart of the Cotswolds, by Mr Titcombe our breads and cakes were originally delivered by donkey and cart. Given the impracticalities of donkeys we have modernised some things over the years - but we still bake everything by hand. Our bakers work through the night to create everything from the bread for our sandwiches to the fresh cream cakes in our shops. We believe very firmly in sourcing ingredients locally wherever possible.

Only visited for a tea/coffee and would have to say the latter was very average at best. The waitress was friendly and efficient but could not make up for the deficiency in the product. Famous for its Lardy cake there is a danger of this place living on past glories. 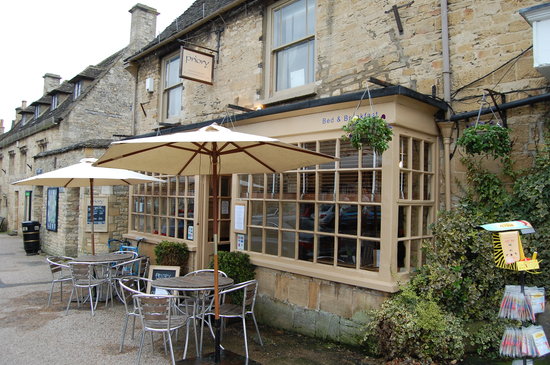 This is a most delightful little restaurant offering an excellent menu at most modest prices both at breakfast and lunchtime. They also have some rooms to let. The building is ancient, cosy and looks out on the interesting Main Street of this classic English village....MoreWow many thanks for such a loverly review. We are very pleased you enjoyed dining with us. We hope to see you again. 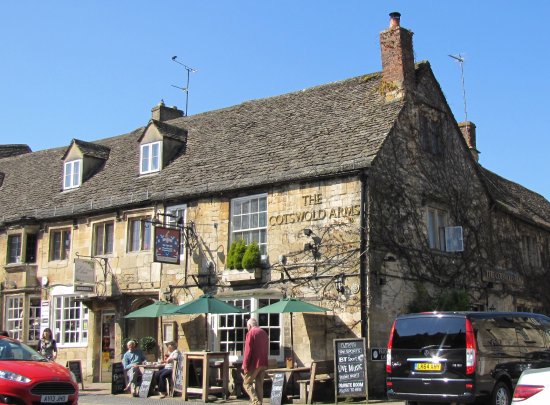 Did a 6 mile walk around Burford and some of the outlying villages and needed somewhere to stop and eat. Walking along the High St and found the Cotswold Arms. Nice atmosphere and friendly staff, ordered roast beef and my wife had everything but the meat and with veggie gravy. Nicely cooked and fairly big portions. Would go there again!!!

10. Restaurant at the Bull at Burford Hotel 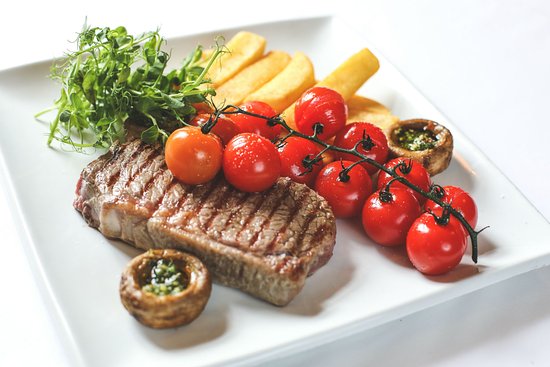 We called in intending to order some food....however when we looked at the menu,some of the prices were bordering obscene!Steak was £24,Fish and Chips with minted peas something like £16,we both settled for drinks,my wife had a small coke and i had a pint of guinness.....£6.75.We left quite quickly and ate at a restaurant which was considerably cheaper 100 yards away.A pity as the place was really quite sweet.Visited 5th November 2017.