What to do and see in Burford, United Kingdom (UK): The Best Places and Tips

Burford /ˈbɜːrfərd/ is a medieval town on the River Windrush in the Cotswold hills in West Oxfordshire, England. It is often referred to as the 'gateway' to the Cotswolds. Burford is located 18 miles (29 km) west of Oxford and 22 miles (35 km) southeast of Cheltenham, about 2 miles (3 km) from the Gloucestershire boundary. The toponym derives from the Old English words burh meaning fortified town or hilltown and ford, the crossing of a river. The 2011 Census recorded the population of Burford parish as 1,410 and Burford Ward as 1,847.
Restaurants in Burford 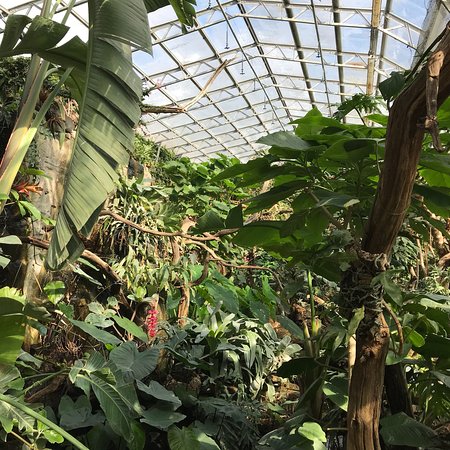 Closer to Wildlife! Stroll around the Park discovering over 260 different animal species in 160 acres of beautiful parkland and stunning Gardens. Get eye-to-eye with Giraffe, walk with Lemurs in our Madagascar exhibit and watch Zebras and Rhinos graze in front of the Gothic listed Manor House, with only a ha-ha in between you. Take a ride on Bella the Train around the Park or let the kids explore the adventure playground. Have lunch in our restaurant or picnic on our spacious lawns. Pet the goats in the Farmyard or watch the Penguins being fed (daily at 11am & 3pm). If your're brave take a peek in our Reptile house with Crocodiles, venomous snakes and lizards or watch the bats flying around in the Bat house or see the creepy crawlies in the Insect House. Stroll around our Walled Garden with Meerkats, Otters, Prairie Dogs, Penguins and Tropical House with free-roaming Sloths, bats and birds. Along with beautiful exotic plants, cactus beds (in the warmer months) and spectacular bedding, all of which make a beautiful backdrop to the animals.

A brilliant family day out! A great variety of animals species spread out across the site including critically endangered Asiatic Lions & Crowned Sifaka. All animals looked very well cared for and the enclosures were modern, suitable sizes and gave us good access to view them. All animals looked happy and none appeared bored and pacing. The facilities were excellent & the Gardens which surrounded the animals were a joy to walk around. Would recommend to animal lovers and families as it was a good day out! Good value for money as this is a whole day out! 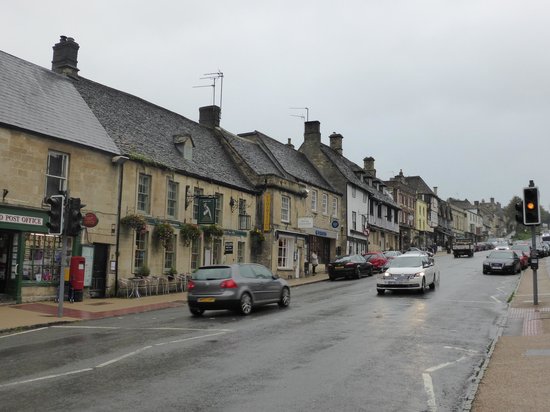 Been coming to Burford for decades and it's always a positive visitor experience. Unlike many Cotswolds villages, it isn't overwhelmed with tourists, probably because parking is relatively difficult (although not impossible). There is a wide variety of things to do, with plenty of independent retailers offering gifts, crafts, antiques and clothing, plus many pubs, hotels and cafes. The main street is full of old and interesting architecture. Definitely a highlight of the Cotswolds and well worth going to see. A Grade I listed building built with wool profits of the Middle Ages. A memorial plaque to Henry VIII's barber-surgeon has, for some reason, sculpted South American Indians, one of the earliest depictions of these. A fascinating and expensive carved plaque details the long life history of Christopher Wren's chief stonemason, a Burford boy made good, who retired to his hometown at an ancient age. There is a very long unbroken list of rectors. An attractive historic site, with a cafe for tea in the modern parish hall. 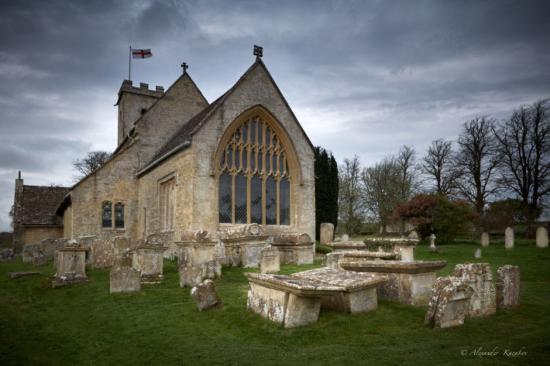 Enjoyed visit to St Mary's church. Very interesting, especially if you are interested in the Mitford sisters. 4 of the sisters are buried there. Nancy, Unity and Diana are buried next to each other and Pamela is buried at the end of the row. Interesting inside the church too. Pretty church. 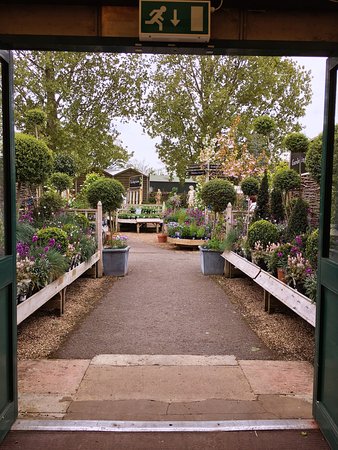 I love Burford Garden Company so much. I could just wander round for hours and spend a fortune as I always love and want everything! They have impressive home decor, indoor plant, food and garden care sections inside and then a huge array of outdoors plants outside which are always displayed beautifully with creative ideas and are well looked after. Everything weird and wonderful is sold here from the very rare to the exquisite. I return most weeks

Beyond the busy Burford High Street, in itself an historic and quaint throwback to the Middle Ages, there is a wealth of ancient facades and fascinating history. If you are planning on visiting Burford, there is no better introduction than one of our 45 minute walking tours in and around the centre of old Burford.

Walking tour round this small Cotswold town was worth every penny. Knowledgeable witty and pleasant guide through more than a millennium of local history.. nothing dry or dreary.. brought the place to life over the centuries. Tour not strenuous and suitable for all ages 9-99+ By private booking and starting at £100, Bill Spectre will lead you through the streets of Burford revealing the darker history of this pretty cotswold town. Illustrated with props and illusions, this entertainment based tour, performed by Bill, who's Oxford Ghost Trail has been named by TripAdvisor as one of 10 best in the World, will leave you with a sense of fun and fear to remember forever!

I have just got back from Buford, having spent a fun hour or so with my friends and our children, finding out a bit of Burford's spooky historical stories, along with a little magic. Thoroughly recommend this lighthearted ghost tour. Bill took his time to make sure each and every one of us felt a part of the tour, and plenty of opportunities to take photos at the end. Thank you Bill, will have to do the Oxford trail next! 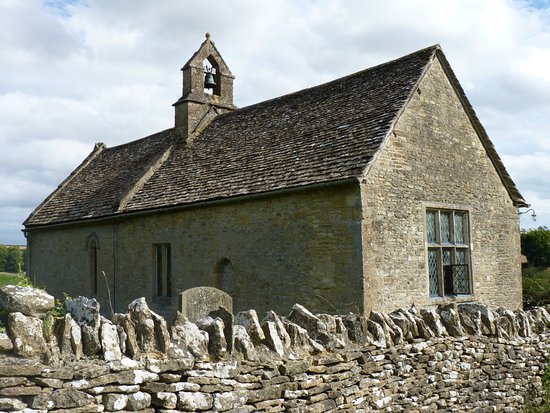 This ancient, well-kept church is situated in the middle of a field surrounded by a wall. It has a fascinating history with some ancient wall-paintings. It's just off the pathway around Swinbrook. 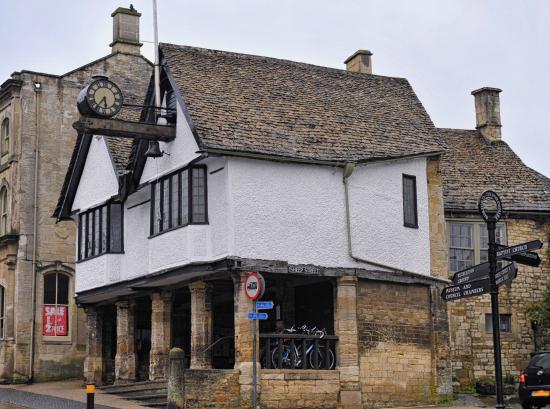 Having a nice stroll around this lovely town when we came across TolseyMuseum on the Main Street in a lovely old building, it is upstairs in a small area .lots off interesting old things relating to Burford including old documents , old industry tools for Quarrying, Rope making ,Brewing, Saddle making, Bell making etc. Open daily 2 to 5 pm. it is free admission but some loose Change given their way would not go astray I'M sure. There was a nice gentleman on duty who made us welcome, whoever has put together this collection well done we found it extremely interesting. 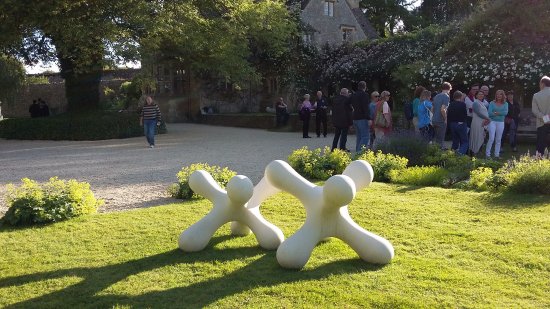 I came here to take in a fabulous Promenade theatre performance by the excellent Scary Little Girls theatre company, in the former Mitford family home at Asthall Manor. The sculpture garden turned out to be the most delightful surprise, and made waiting for my 'slot' around the house every bit as enjoyable as the wonderful theatre piece. The setting by the river, and the placing of the pieces on lawns and by hedges, makes for a magical experience.