The 10 Best Things to Do in Karlsruhe, Germany 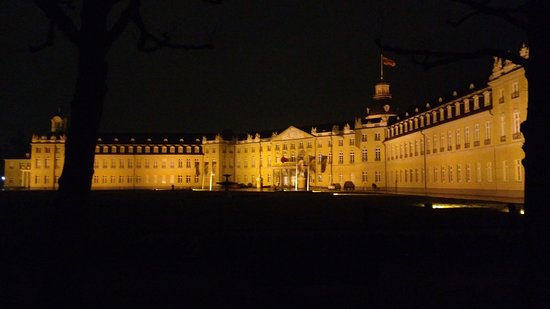 The place is awsome blending history with the modern day presidential palaca in Prague. One of the must see locations across the historic charles bridge. I particularly injoyed watching the changing of guards by soldiers. You shoud definitely see the chatedral inside the palace compound. Enjoy! 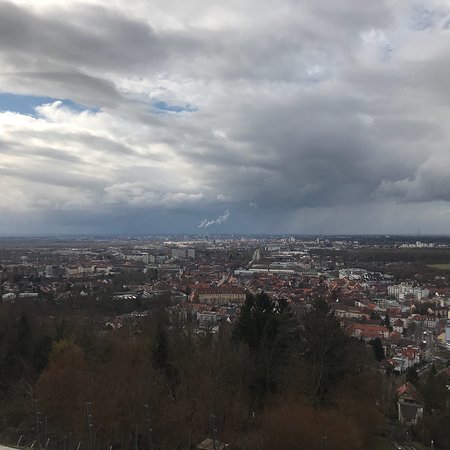 Despite the area being busy with tourists the funicular was not running. This was a feature of the entire city most attractions only being open at weekends. Anyway the staircase was never ending and the stairs in a dangerously poor condition 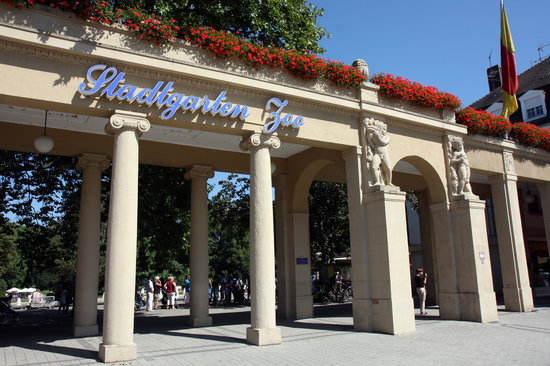 A very well designed zoo which makes you feel like you are in a park. It allows us to view the animals up close. You could also take a boat ride on the lake with ducks swimming around you. Restaurants, ice cream stands, resting points and washrooms are conveniently located around the zoo.

4. Center for Art and Media

I liked the ZKM so much on my first stay, I came to Karlsruhe again just to visit it a second time. Bleah! What a mess! I feel bad now for writing my first review and leading people on to this place.
My second visit started out with some bad signs: The first cash desk was unattended, and the person at the other desk didn't even know how much a ticket would cost! The older wing was kind of dull, but I got there in between hangings- these things happen. The next section had three Exhibitions which were little more than placards stuck to the wall or hanging from the ceiling. Imagine taking a book, enlarging the pages, and sticking them on a wall. Sound interesting? It isn't.
Now here's where things really went south. There were supposed to be two more Exhibitions, but I almost gave up trying to find them. There seemed to be some kind of business convention happening, and all these people in suits kept giving me funny looks as I was trying to navigate this gigantic former factory. No helpful staff or signs pointing the way to anywhere, I took a chance and walked through a large hall full of forklifts and construction equipment, only to have someone tell me my ticket wasn't good! Though after I pointed out that I paid full price I was granted admission.
The next exhibition was certainly grand in scope, something about surveillance in the modern world, but for all the complexity and good intentions of the artists, the installations just felt kind of empty and pointless. Finally my tour ended up with a bunch of... video games!?
Still, I'll give the ZKM two stars, because even though it didn't work for me, there's so much crap here there must be something that appeals to somebody. 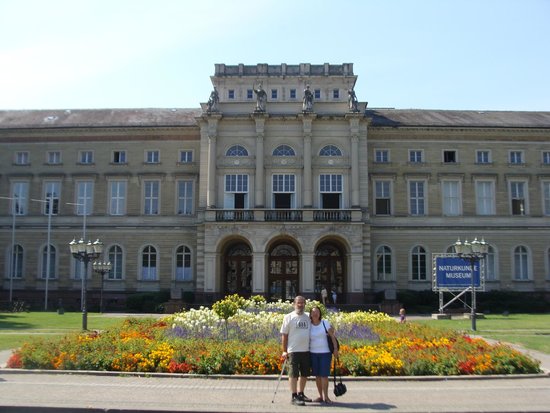 Very interesting place for those who likes natural science. The museum has several halls with different expositions on wildlife: marine, mammals, insects, ancient animals. Most of all I like the collection on mineralogy and geology, it is amazing. 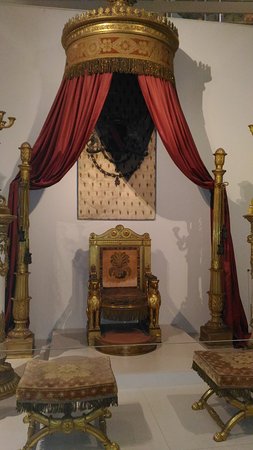 You can learn a lot from the architecture, and from the history of the city. If you have time go up to the tower, wonderful view on the city. 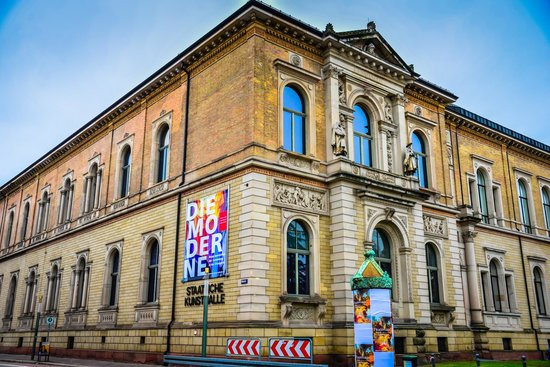 The main galleries of the Staatliche Kunsthalle contain many known artists from the Netherlands, early Renaissance, and a scattering of French and German from the 19th and early 20th ecentury. Later 20th century works are in the Orangeries. Both buildings are excellent venues, the Orangeries in particular. As other reviewers have noted, one gallery displays a large group of paintings from 17th and 18th century as they would probably have displayed at an earlier time - that's the point, it's not a mistake. There are several epic scale paintings depicting Baden princes in combat against the Ottoman Turks. While there are only a few French pre- and post- Impressionists, they are really worth seeing as well as some of their contemporaries from Germany. There are some excellent post WWI paintings by Kandinsky, Baumeister, Nolde, and Dix. One of the Dix paintings from 1933 has the most scathing depiction of Hitler I have ever seen.
Parking garages are easily accessed - under the entry Gardens to the Schloss or a short way into the city. 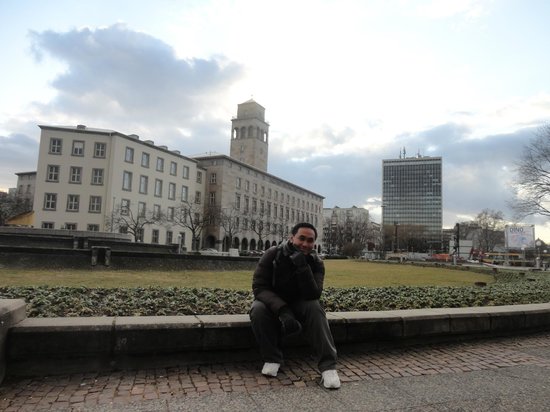 Visiting from the United States, I saw 2 operas on consecutive nights: "La Vestale" in Karlsruhe and "Nabucco" in Stuttgart. The clear winner is Karlsruhe. Excellent orchestra, soloists, and chorus. Intelligent production within limited financial means. The opera house in Karlsruhe may not be the most pleasing architecturally, but it has convenient Seating for the audience, plenty of space during intermission (truly different from most other opera houses), and a large stage with modern technical equipment. Top notch soloists, that generally have been associated with the house for some time - another difference to most opera houses nowadays that just believe in hiring singers based on a revolving door principle. I will make an effort to go to Karlsruhe more frequently. 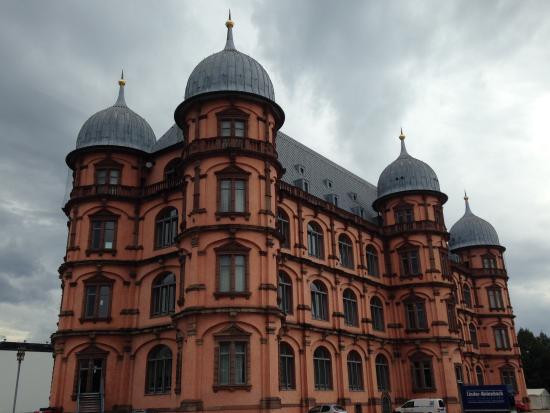 This old, refurbished beautiful red limestone building is the home of the music academy of Karlsruhe (YES! Karlsruhe has more than the famous KIT, the technical university!, here they also have an academy of arts, and one of music).
Also nice is the location: adjacent to the eastern extension of the newly created City Park. Really a pleasure place. 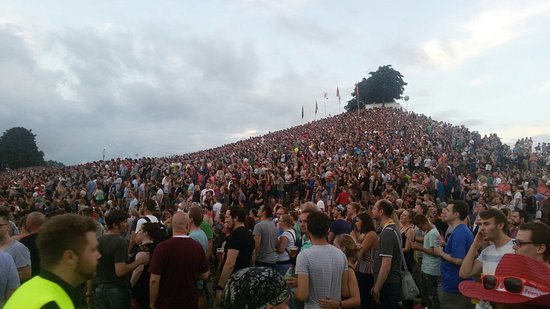 I often go there on sundays - in the morning there are mostly the dog owners taking their dogs for a walk - and runners - in the afternoon on a sunny day it gets a little crowded.
Nice view from the "Mount Klotz" as the people in Karlsruhe call the little hill near the Europahalle.