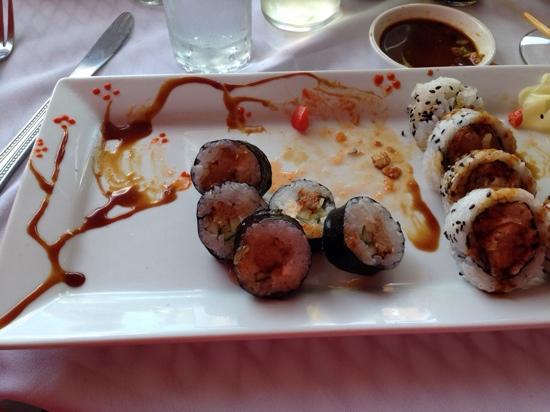 Decided to try this place for our anniversary dinner. The service was impeccable, Very nice atmosphere. The food was pretty good. One slight disappointment was the potato dish that we ordered did not come out until we were completely finished with the other items we ordered. 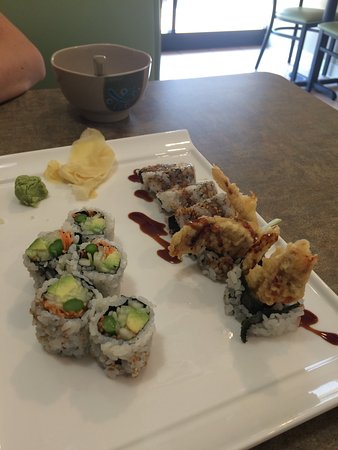 Reviewed By Jason B

Saw their post about vegan sushi on Facebook and had never eaten here. As a new vegan, it's a challenge to find options when dining out. The place is in fact in a strip mall. The quality is fresh and the staff are friendly, attentive and knowledgeable about the menu (enough that they knew I could eat eel sauce as it's for eel, not made of eel). The prices are about standard for this style of sushi place, around $11 for 3 sushi rolls with soup or salad included. Neither the miso soup or the house salad dressing are vegan so we ordered the salad with eel sauce instead. For rolls, we have tried the peanut avocado, the cucumber avocado, the mango avocado and the sweet potato. Our favorites are the mango, sweet potato and cucumber. We ordered waters as all they offer for soft drinks are canned. They have a large selection of teas, bubble teas, smoothies etc. We have been here twice and will return. A previous reviewer is correct that you could head up to Kazumi, a short trip up the highway for a more traditional Japanese steak house and get sushi at around the same price. I found the quality to be about the same: very good

Where to eat Pizza food in Grand Haven: The Best Restaurants and Bars 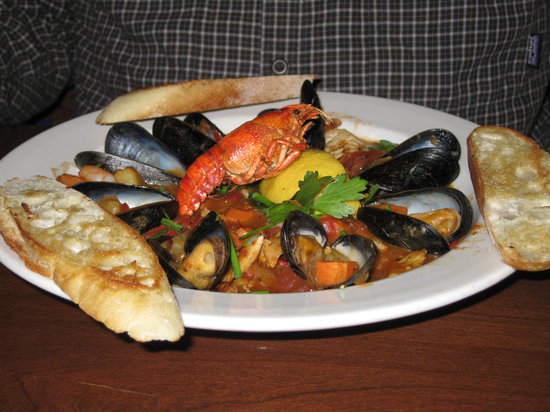 Stopped in on a Monday ~730pm for dinner. Was originally going to Snug Harbor but wait was insane so was told we could order from Snug Harbor menu from Jellys. We waited about 5 minutes for a hostess to notice us, and were seated in a very nice spot overlooking the river. Service was so-so at best. Waitress said they were short that night - but our waters/iced tea were frequently empty and 1 of our party who order sushi/rolls was served after the other 3 had our food out for about 10 minutes. Was fairly pricey, as well. Our only dinner in Grand Haven, as we grilled out in our rental house most nights and ate out for lunch. Don't miss Morningstar Cafe for breakfast/brunch on weekends with lunch on weekdays only! Excellent food, value AND great service! 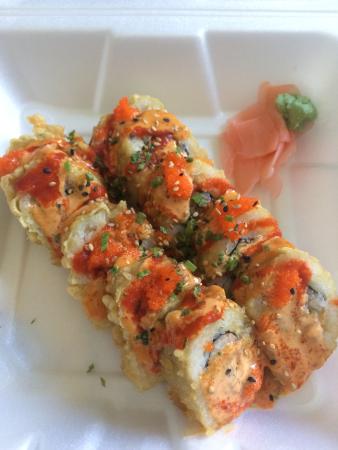 We live down the street and were turned off by the outward appearance of this restaurant. It is in a strip mall and looks like yet another Chinese buffet. Wow, were we wrong! The sushi was gigantic and delicious and the fried rice was the best we have ever eaten. Also, the Pad Thai is the most amazing thing I have ever eaten. We will go back again and again. The chef is an artist.