Everything on the menu is vegan. You can add meat and cheese, of course, but the options for vegetarian/ vegan and GF diets are vast. Everything tastes great. Friendly, fast service, too. One probably wouldn't think of traveling to Hudson, OH in search of good Indian food, but if you find yourself there, it's worth checking this place out. It's a BYO place (no corkage fee), which makes the value even better.The malai kofta was pretty good, but not among the best we have tasted, and there were only few small balls in a surplus of sauce. The lamb saag was more successful; the lamb was reasonably tender, and the sauce was creamy. Chicken tandoori was very good. I requested the home made hot sauce which was very spicy, and also served warm, in contrast to most hot sauces that come cold from a jar.Definitely worth a try if you're in Hudson. Our general impression of the food at this middle-eastern restaurant was favorable and the ambiance was genuinely welcoming. Our sampling of their fare included, a kabob, a vegetarian "pie" and tabouli. By far, the best item was the tabouli and the least favored was the spinach "pie". Typically, these are made with phyllo dough, but ij this place they were heavily breaded and deep-fried (and greasy). We did like the general atmosphere and have vowed to return to sample other menu items. We saw some other dishes that looked appetizing, so we are hopeful. 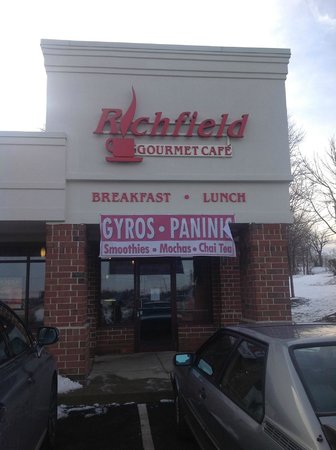 Teaching across the street from here this week. Stopped for lunch and were not disappointed. I had a side of hummus and the tomato bisque soup. My associate had the Mediterranean platter. It was all great except the spinach pastry on the platter was a little dry and bland. She had to ask for hot sauce to give it flavor. Would stop back here again for lunch if in the area.

Where to eat Bar food in Peninsula: The Best Restaurants and Bars