Top Things to do in Dickson City 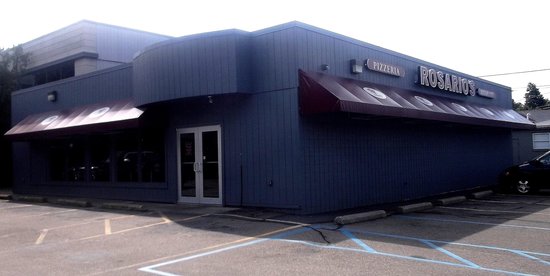 Sincerely, If you are looking for a flashback to the 1950-60âs you will be thrilled. You order at the counter and sit at one of the tables. The menu is extensive and has salads, pizza, sandwiches,pasta, and entrees of chicken, shrimp etc. Beer is available by the bottle and the staff is quite nice!We had chicken francese and linguine with olive oil and garlic. Entrees come with a saladâcrisp iceberg and dressing of your choice. The dishes come with too much sauce. The chicken was floating in its sauce as was the linguini. The tastes were good, the serving too big. The garlic and oil were too bland.A little tweaking and this place could be awesome!

My wife and I have been waiting for Roma Pizza to open in it's new location in Dickson City for quite awhile. When we found out that they opened last week . we were anxious to pay them a visit. Previously they had been located in the Scranton Mall for many years and have a good local reputation. They moved into a newly renovated building .. that is nicely done. We were greeted promptly by a hostess and our waitress was extremely helpful and efficient.. so far .. so good !Now for the not so good news .. the food itself. First .. I would suggest you order bottled water over the 'tap' water .. tap water had an unpleasant taste .. ordered bottled water to replace it .. waitress was kind enough to not charge us for the bottled water. I ordered their Tortellini Brada soup (tortellini pasta in a broth) .. soup was pretty good. Also ordered the Meat/Cheese Lasagna which turned out to be mostly alot of cheese and sauce that seemed to overwhelm the pasta. Nice presentation on plate .. garnished with cheese and parsley.. but .. for some reason .. half the lasagna was warm .. the other half was not. In that we already requested waitress replace our waters .. we did not want to mention this to our waitress who was very attentive throughout our meal. Wife ordered a side salad and chicken marsala with a spaghetti side .. Salad was mostly iceburg lettuce and a few onions .. very plain .. If I had to guess .. chicken had been microwaved as the texture was a little on the rubbery side.. I would imagine that alot of quick service restaurants use microwave in part or all of some cooking .. but .. ) Sauce on the spaghetti was a marina that wasn't very tasty. An Italian bread was served in a basket that was pretty good .. warm and crusty. Back to my original statement .. we were surprised that our meal(s) were so disappointing .. total bill was approx $35. We are excited that a new Italian restaurant located in Dickson City ( we do most of our shopping in the area) .. we hope our meals were just a 'one off' and that if we return ..we'll have a better experience.. I believe that Roma is family owned and we want them to succeed .. we always try to support local family restaurants .. (there are so few of them left in our area). Great service and location .. but with all the restaurants in Dickson City area there is alot of competition for your dining dollars .. it's the quality of food that brings back repeat customers.

The custard is so good. I usually get a small or a kid size, that is enough for me. It is so rich and creamy, not greasy, just right. It reminds me of the custard that I used to get at a little walk up stand when I was a kid.

I'll start by saying, this is not NY style, or Old Forge style. It's it's own thing. The pizzas are smallish and round. They aren't your traditional 100% mozzarella. I'm not sure exactly what they use, but I think there's some american in there. They make their own dough. The dough isn't traditional either. It's a little heavier than a Ny style pizza. The cheese is creamy and sticks to you teeth a bit. It's a local favorite I've enjoyed since childhood and was a spot teens hung out at when my mom was a teen. They've been there since 1951 and I'll bet it looked the same then. It's kind of like stepping back in time. 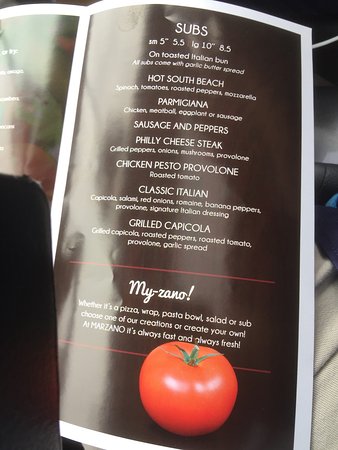 Oh wow..what a great place. Staff is so kind and friendly. They know the menu and made great suggestions on my first visit. Everything is soooooo fresh! You pick whatever you want or dont want...so delicious. Clean place...clean workers. My new favorite place. Great job. Service with a smile. Awesome food! 5 stars from me! 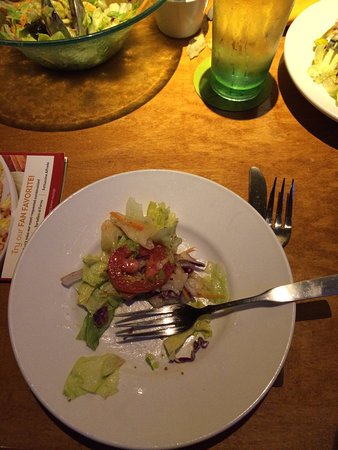 My husband and I stopped in for lunch. Our server was Kenneth and he has excellent. Friendly, informative, attentive, we could not have asked for better service.Unfortunately, just after being served our lunches, I had a sudden medical emergency (completely unrelated to Olive Garden or the food). The staff and management were incredibly understanding as we had to leave immediately.Long story short, we enjoyed a few bites of a truly excellent meal and appreciated the wonderful customer service in our time of unexpected emergency.We will definitely be back and will never forget the kindness and understanding we were shown. Thank you!!!

We have always been regulars at this restaurant. This was our first time at the new location. Everytime that we have been at Basilicos, we have received very poor service from the wait staff, however, we chose to keep coming back because of the quality of the food. We went to the restaurant on 10/28 for my father's birthday. When we arrived, the hostess said that she would clean off a table for us. We sat down, and it was immediately evident that she had cleaned off the table with a very dirty, smelly rag. We had to hold our noses until the table dried. At this point, we talked about possibly just leaving and going somewhere else, but we chose to stay because of "how great the food is." We were surprised that the dinners no longer came with salads. My dad ordered the veal parmesan and his choice was either pasta or salad- he went with salad. I think thats sad that they charge nearly 20$ for the meal and can't even make it a complete meal as all other restaurants do. We all ordered dinners and it took over 40 minutes for the food to come. The waitress did come over twice to apologize for this. When the food finally came, my spaghetti and meatballs were so dried out from sitting under a heat lamp that there was no sauce left. The pasta was hard. My mom ordered a shrimp and pasta dish that was served in a puddle of water, no actual sauce. My dad received a tiny thin slice of veal parm which we paid nearly 20$ for. My husband ordered baked ziti that was cold. In fact, all the food was cold. I gave them my pasta back after a few bites because it was inedible. My mom was able to eat her meal after requesting a side of marinara sauce which was also served cold. We were extremely disappointed by this experience, as this was always one of our favorite restaurants. Even my dad's soda wasn't right- it was supposed to be coke and it was tinted club soda because they needed to change the syrup on the machine. Me and my husband ordered unsweetened iced tea and they brought over two warm iced teas in bottles with no ice. It's too bad that the quality of this restaurant has plummeted. We will not be back. 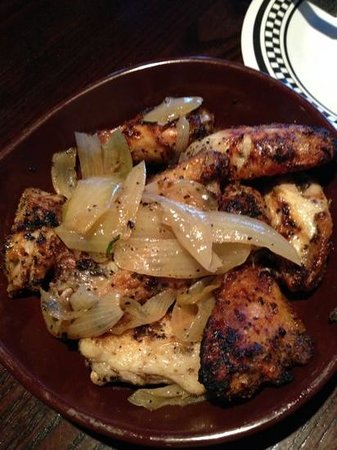 We had to drive 2 hours to pick up an item at Loweâs. So we stopped here for dinner. All I can say is âWowâ. Their pizza is just fantastic. We actually ordered dinner and added a take out for tomorrow 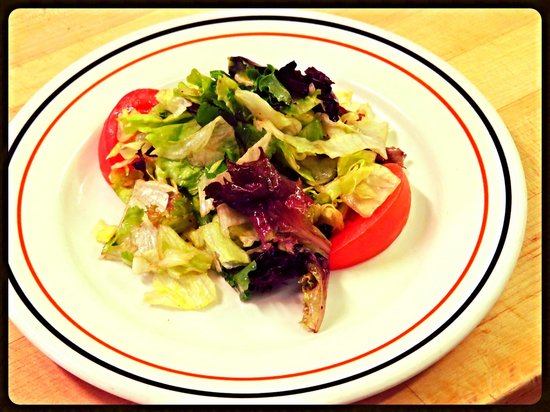 My wife and I recently discovered this wonderful restaurant. Not fancy from the outside, but once you're in, its nothing but authentic italian food, and consistantly terrific service, with a pleasant atmosphere. I could list our meal choices but after 3 visits, we would rather say its all good, and very good at that. We look forward to our return.

What to do and see in Dickson City, United States: The Best Places and Tips My family and I were heading through Scranton and were looking for Italian. We came across this restaurant and the food was amazing, the portions were large. The garlicky Zeppole (garlic dough) was to die for. We will definitely eat at this place again while traveling.Jason F.. thank you so much for stopping by on your way through Scranton. The Trip Advisor community has always been very kind to us, which encourages folks like you to stop by. I am happy you enjoyed the food. The garlic zeppole is by far the number 1 appetizer on the menu, I'm glad you liked it. I look forward to seeing you again soon. Darryl