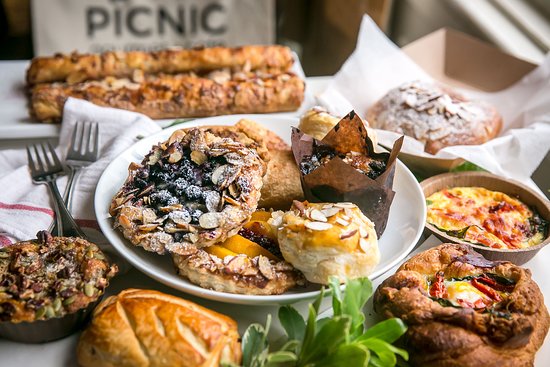 We dropped in for a quick breakfast to go on the way to catch the ferry this week. Great selection of traditional and more hearty pastries. I really liked the egg choices. Pastry quality was above average and the place is without pretension. 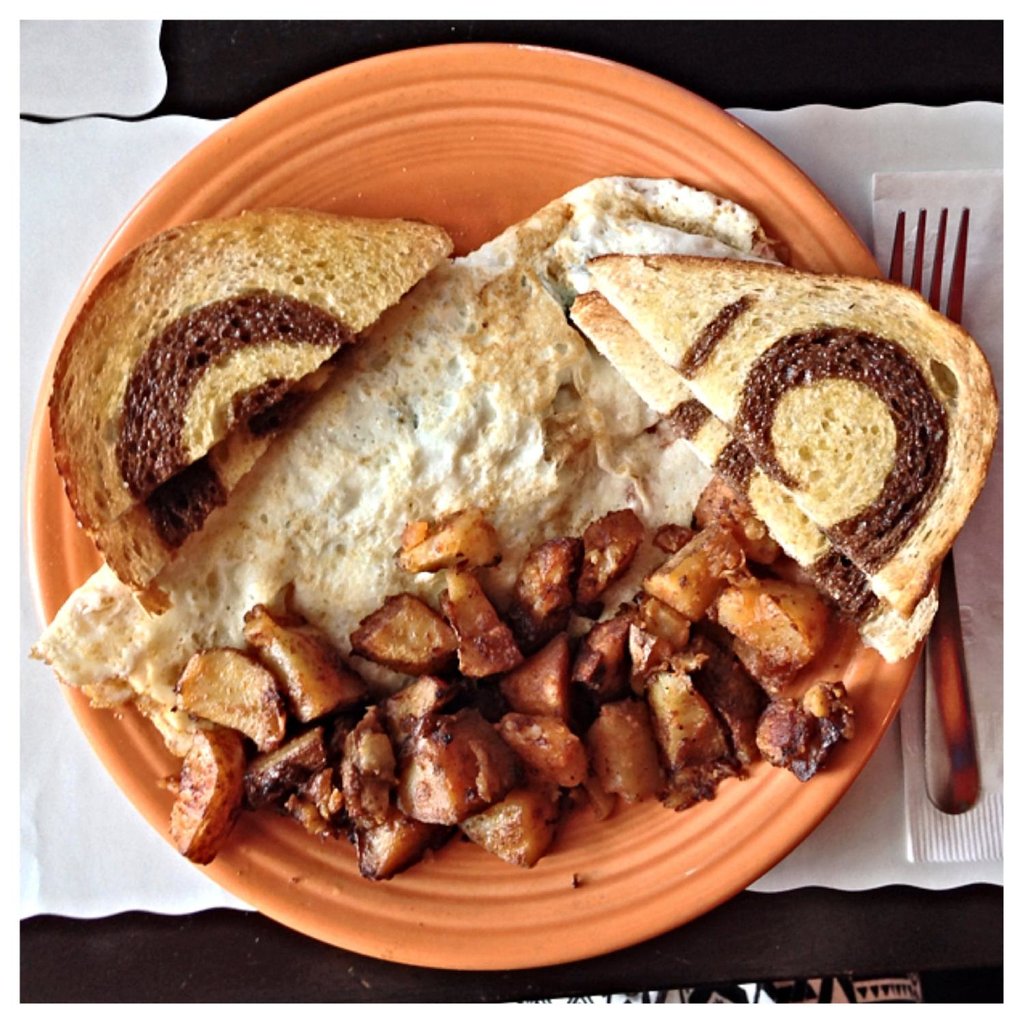 Staff made us feel like part of the family right away -- joking and quick to offer advice about what to order. Service at breakfast one day was excellent, the next time suffered from a server calling in sick, but food both days was plentiful and good. Very popular -- don't be surprised if you have to wait. It will be worth it, though, even if the wait is outside! 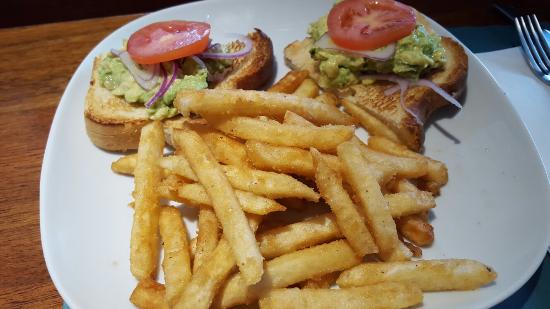 Stopped here for an early breakfast of omelettes. The ingredients were crazy fresh for both of the omelettes, mine being Greek with fresh spinach and feta. The double long espresso was the coffee hit I had been dreaming of.. My deep appreciation that one did not need a pretentious degree in coffee ordering to get a great cup of espresso.Our host and hostess/chef were a delightful addition with their friendly banter, aussie translations, and desire to honor us as their guests. As we were on our way out of town, we were unable to sample the meat pies and other delights. Definitely a place to return to. 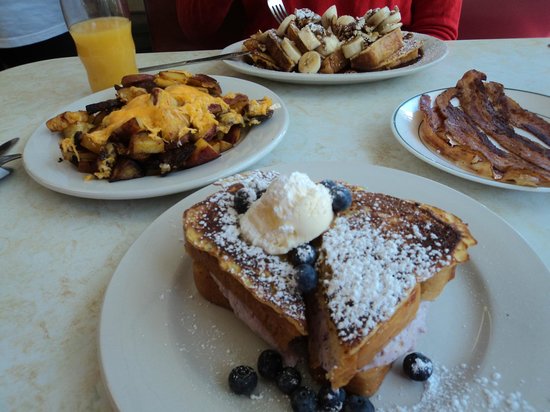 So we ate here last year during the boat show and ate here again while in-town for the boat show again. The food is still outstanding, the menu is still extensive. One thing I did notice is the water is "off". It tastes like plastic/chemicals so much so that we didn't drink our water so the proprietor may want to look into a filter at the supply. With that being the only gripe, the Azorian sandwich was outstanding, the smoothies very good, the OJ excellent, the crows nest very good. The bacon was disapointing as it was paper thin and tasteless like it was microwaved (which it was not). The sausage links were excellent and I think home made. There are a smattering of Portuguese inspired items on the menu. I inquired and the waitress confirmed the owner is Portuguese. The Portuguese do a great job with sausages and chorizo so keep and eye peeled on the menu for those Portuguese inspired items. Other than the bacon and the tap water I don't think you can go wrong with anything here. Newport is generally expensive but this place was an excellent value considering the quality of the food. We were at about $10/plate. Please don't go and make this crowded as we plan to be back every time we are in Newport.

If tater tots and hashbrowns had a baby, you'd call it a spud nugget. I'm a fan! We also enjoyed the black bean soup and the reuben. But it's all really good and people stand in line for it, so don't just take my word for it. You can see the cooks in the back making it happen. We sat up at the bar and were in and out in less than an hour.Reasonable prices, generous portions, they take credit cards, friendly service. Perfect quick lunch.

Where to eat Soups food in Jamestown: The Best Restaurants and Bars 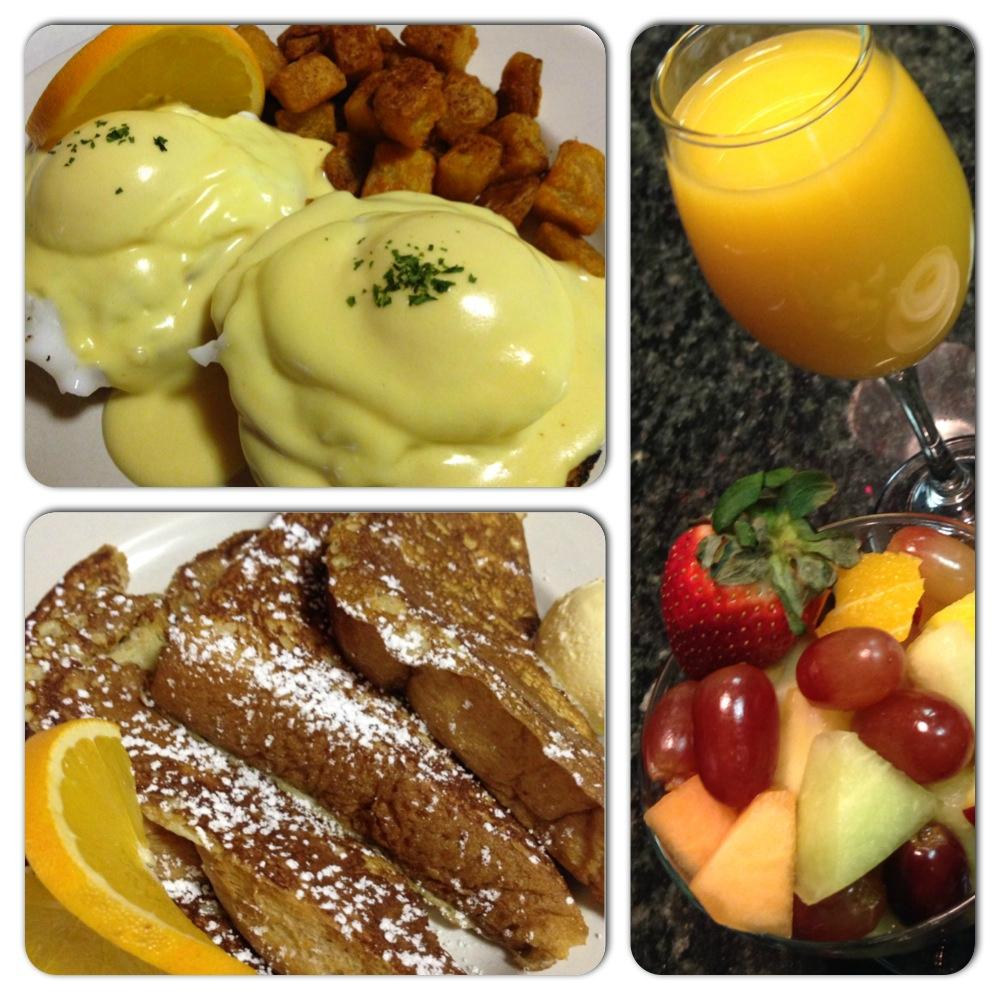 The pancakes were fluffy and buttery, but nothing too spectacular. The lobster Benedict was loaded with lobster, but the poached eggs were very overcooked. Also, they are cash only but I saw no signs warning us of this so I was forced to use their cash machine with a fee. 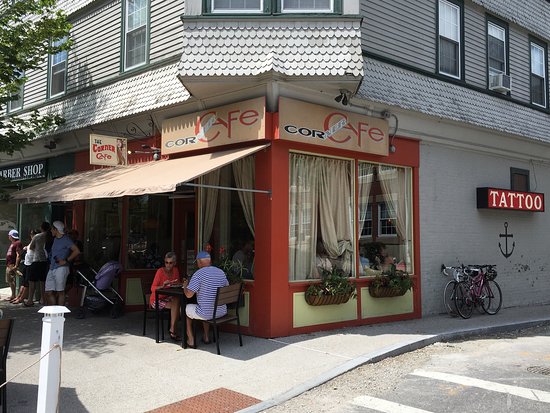 Great food. Lots of fruit and granolaGood value and quality plus good serviceBest breakfast on our trip