Where to Eat in Rift Valley Province: The Best Restaurants and Bars

Rift Valley Province (Swahili: Mkoa wa Bonde la Ufa) of Kenya, bordering Uganda, was one of Kenya's eight provinces, before the Kenyan general election, 2013. Rift Valley Province was the largest and one of the most economically important provinces in Kenya. It was dominated by the Kenya Rift Valley which passes through it and gives the province its name. According to the 2009 Census, the former province covered an area of 182,505.1 square kilometres (45,098,000 acres; 70,465.6 sq mi) and would have had a population of 10,006,805, making it the largest and most populous province in the country. The bulk of the provincial population is a strip between former Nairobi and Nyanza Province. The capital was the town of Nakuru.
Things to do in Rift Valley Province 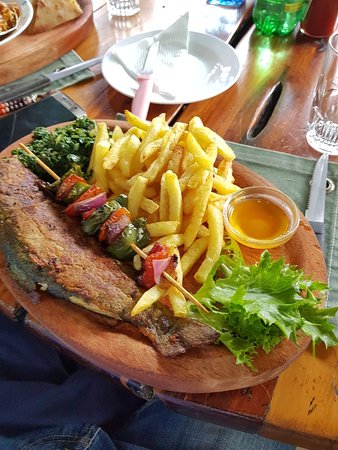 As soon as you park up and start walking into the "tree house" you know you are experiencing something special!
We sat right on the edge of the tree house in a bar like sitting with a comfy lounge and ate a number of different styled trout dishes.
They were so fresh and special, we had such a great time and the vibe and ambience was beautiful. We could have stayed all afternoon
Was interested seeing all the trout ponds and all at different stages. Great experience - make the effort and go go go!!! 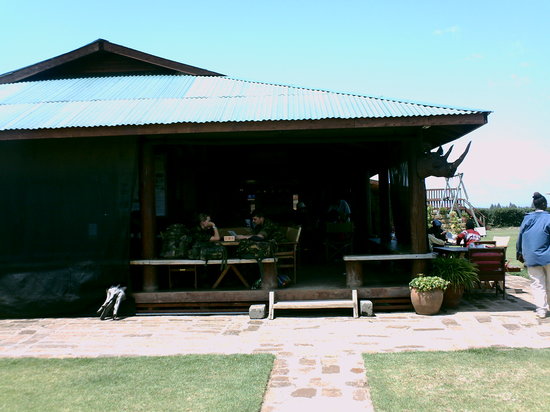 Situated in one of the buildings next to the airstrip, but still open to non flying visitors.

Stopped at Barney's for in-between meal on the way to Sweetwaters. It's a surprisingly busy restaurant but the turnover was quick.
Our waitress was efficient and our food arrived exactly as ordered. I ordered the grilled veg Sandwich and was pleasantly surprised with the perfectly grilled, non-greasy, gooey cheese perfection. Kids had cheese and chicken quesadillas, which also elicited compliments.
Playground is small but it's a great novelty to eat surrounded by a functional airstrip. I would venture to call Barney's a must-do in Nanyuki. 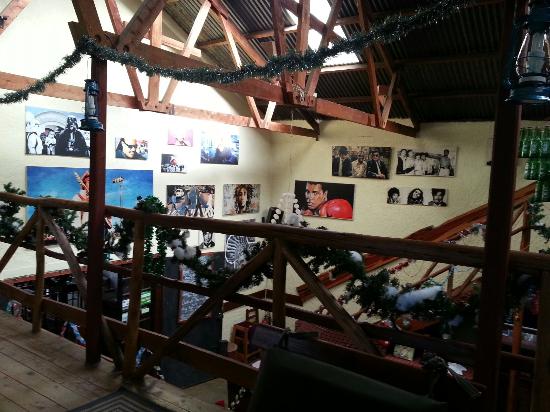 Kongoni Camp is situated less than 2 km North from Nanyuki Town off the Meru road. Set against the dramatic slopes of Mount Kenya, and nestled in indigenous forest with olive, cedar and relics of other tree species, Kongoni Camp has a peaceful energy about it. Tucked away in a tranquil surrounding, Kongoni is unique and rustic.Despite its proximity to town Kongoni is designed in a way that brings you closer to your environment by having you dine, have coffee or stay in a place surrounded by the wild, creating an attachment to the bush. The main building housing the bar& restaurant is laden with history. Originally built as a barn in the early 1960’s, it served as a storage for exclusive hunting Safaris, and has been carefully restored maintaining its original character. Kongoni’s spacious facilities make it an ideal venue for big groups and smaller parties. Kongoni is situated in a picturesque landscape, and home to many bird species. At least 75 bird species can be found on the extensive grounds.

I stayed alone in one of the cottages because I need some me time.The staff are very friendly and concerned about guest comfort.The restaurant is amazing and they serve ala carte menu.The hotel is quiet and scenic.Would recommend this for anyone in need of some quiet time. 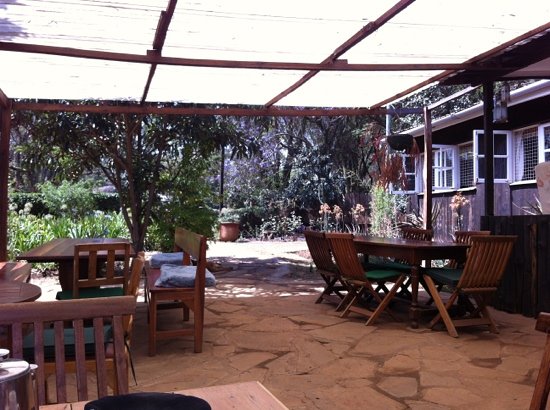 The charming and friendly setting of this venue attracts a loyal following. The colonial era ranch house with its own Gardens provides a traditional welcome to all those who are seeking a relaxed way of fine dining. The Friday Tapas Nights and the Fortnightly Sunday Curry Buffet Lunches are reputed to be breathtaking in their variety and taste.

Never disappoints. A small high quality menu of 5 or 6 dishes and normally a dessert, and ice cream option. Lots of Seating options (totally inside, semi outside covered or out in the garden. A little playground for kiddies. Service is friendly although on super busy days you might have to hunt a waiter down. Monthly curry and roast buffet (you choose which you want) are also delicious. 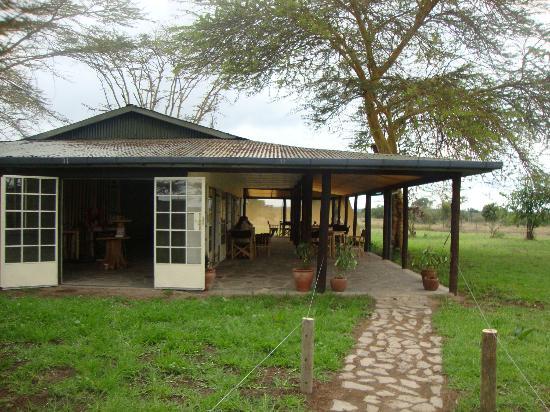 The restaurant is situated in a perfect location where animal lovers can enjoy nature while having a quick bite. The food I was not as expected, the portions were really small and the burger bread was dry. The chicken burger was also over cooked. 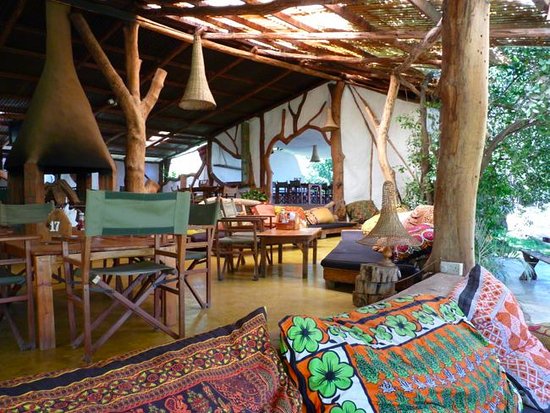 Loved the atmosphere, the food and the service! We were treated so well. We enjoyed the outdoor Seating, but noticed the indoor Seating was also plentiful and comfortable. The signs warning us not to approach wild animals that might come join us had us on the lookout, but the only thing that came close were a family of Guinea fowl that came through the compound.
On a side note:
The restrooms were clean and had flush toilets and running water. This is just something one likes to know when dining at a rustic place in Kenya! 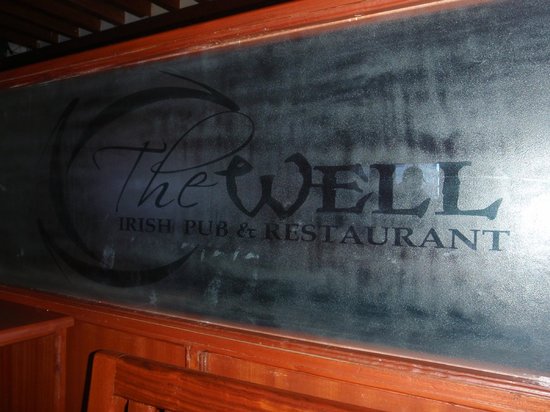 The Well Irish Pub and Restaurant is a unique concept in entertainment in Eldoret. Enjoy the widest range of quality local and international food and beverages in comfortable surroundings and a relaxed atmosphere.

Booked a tabke for 13 people. Arriving at 1930. We were all pretty hungry, and ordered pretty quickly after sitting down. Two hours later we were still waiting for our meals! We questioned the staff. Eventually some of the food arrived. Not even hot. Not to mention nothing like the menu description. We questioned the staff multiple times, and some of our food didn't even arrive. We had enough of waiting.
We were practically the on table in the place. Awful experience. 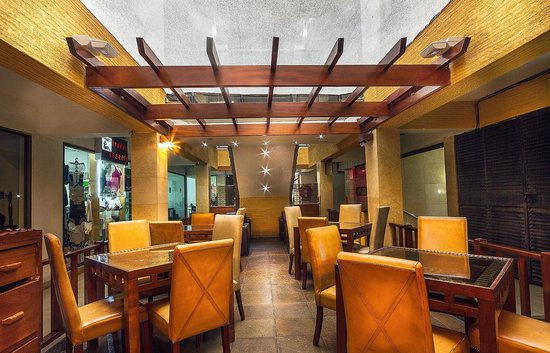 Sisima Coffee is a unique place in the heart of Nakuru, a traditional coffee house with a classic, yet, contemporary African ambience, relaxing, inspiring and refreshing. We are a premium hospitality leader, consistently delivering a personalized, authentic experience centered around the customer, a haven of true and exceptional customer service.

Reviewed By A T

I've been here three times but only eaten here twice. It's actually a pretty decent place in terms of decor, clean and modern-ish.
The first time I came with a friend, it was very early evening, the staff greeted us and were pleased we were there, we indicated that we wanted to eat there and sat down. The staff just stood around chatting, and after ten minutes of waiting, I approached the staff to ask if we could order. They told us they were closing. We were the only ones there, but it as very early evening and we'd been told we could order, so I couldn't understand what was going on.
I decided to try it a second time, it was late afternoon/early evening and I was hungry, and again we were the only ones in the restaurant. Half of the menu was unavailable, but we didn't know this until we actually asked for each item. And 35 minutes after our order had been taken, the wait person came back and told us that three of the items we'd ordered were no longer available, so we had to once again consult the menu which took even longer. And then at some point the music from the night club in the building started blaring away. It was so loud we couldn't hear each other talking. Only one person seemed to be focused on serving us, while the other three just stood around chatting and texting.
The food when it was finally served about an hour later was ok, but not as good as what I would expect for such a nice looking establishment, and the wait! The prices were ok and not over the top.
So I came back the next week because I was determined to try and have a good experience here. It was Sunday lunch time, and
it fared better than the last time, this time only 1/3 of the menu had run out...oh wait, the wait person came back to us 10 minutes later to tell us that half our order wasn't available. This time there were only three people working, although an extra person joined later. But it still took 15 minutes for our juices to be poured - however, at this point we were still the only people in the restaurant. About an hour later (this is during the lunch period), the very loud night club music started again! It was terrible and again ruined the lovely atmosphere.
Technically this should have a 'terrible' rating, but because of the decor I rated it higher. The ambiance and space size could discourage you but this place had nice meals. Especially the Indian cuisine. A very wide choice and fairly well done. The wine selection is rather limited. 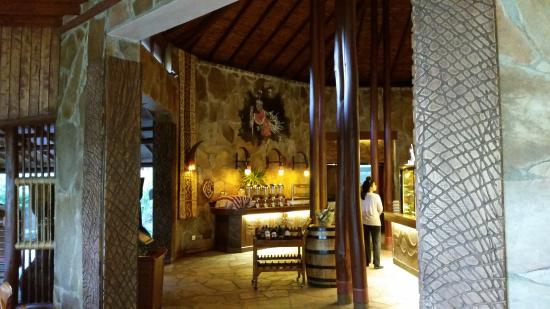 Here, you will eat to your fill and enjoy while at it. Whether its lunch, dinner or breakfast, their chefs know how to come up with the best meals,mainly buffet so its up to you to choose what you want and skip the rest.