The 10 Best Things to Do in Rift Valley Province, Kenya

Rift Valley Province (Swahili: Mkoa wa Bonde la Ufa) of Kenya, bordering Uganda, was one of Kenya's eight provinces, before the Kenyan general election, 2013. Rift Valley Province was the largest and one of the most economically important provinces in Kenya. It was dominated by the Kenya Rift Valley which passes through it and gives the province its name. According to the 2009 Census, the former province covered an area of 182,505.1 square kilometres (45,098,000 acres; 70,465.6 sq mi) and would have had a population of 10,006,805, making it the largest and most populous province in the country. The bulk of the provincial population is a strip between former Nairobi and Nyanza Province. The capital was the town of Nakuru.
Restaurants in Rift Valley Province 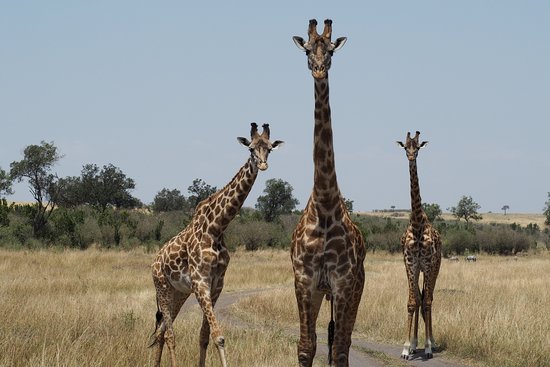 Ol Kinyei Conservancy is 18,700 acres of Wilderness which belongs to a Maasai community who leased it to Gamewatchers Safaris and Porini Camps for it to be set aside for the purposes of wildlife conservation. Ol Kinyei Conservancy is home to only two small permanent camps, the Porini Mara Camp and Porini Cheetah which between them accommodate a maximum of only 24 guests at any given time - making this not only an exclusive experience but one that respects the principles of eco-tourism. Located within the Serengeti-Mara eco-system, Ol Kinyei is renowned for its unspoilt and breathtaking scenery with diverse terrain offering on one hand open savannah plains and rolling hills on the other.

We saw a very active pack of lions. We counted 21 cubs and females. The males were away hiding from the tourists. They came very close to the safari vans which gave us ample time to get some great pictures. We lucked out with the cheetahs. Five brothers had caught a wildebeest and were having a nice meal from it. Once they had finished their gorging, the vultures moves in and 10 minutes later there was nothing left but bones. We couldn't count the vultures as there was so many of them. We know there was more than 75. The vultures were trying to move in on the cheetahs, but they chased them away until they had their fill. The cheetahs had very round bellies after their feast. Lots of elephants, Cape buffalo, wildebeest, hippos, zebras and various types of antelope. Saw some very interesting birds as well, WE also saw some of the wildebeest migration. It was a sight to remember for the rest of our lives. WE also did a balloon ride and were really glad that we did it here. 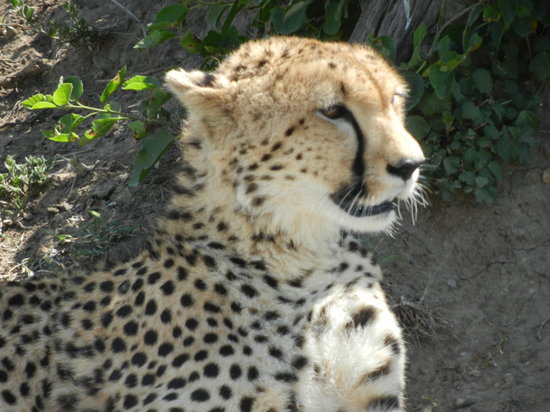 Incredible wildlife viewing. We saw 59 different lions in two days, plus cheetahs, a leopard, African wildcat, Genet cat, and more. Local guides know the area and animals intimately and are great in positioning for best photos. The Conservancy receives fewer visitors than the Masai Mara National Reserve and vehicles are allowed more flexibility to venture off-track for close up views of animals. Fantastic place! Safari in Masai Mara was one of the best wildlife experiences i have had in life. Beautiful landscapes in the reserve. Trails over terrains and hills was indeed beautiful and worth a drive.
We got to see all the animals up close: Giraffes, zebras, leopard, cheetahs, lioness, wild buffaloes, hyenas, watongs, deers and every otehr animal possible. Only rhinos were missed.
Points to note: No safari post 6:30 PM; All times are good for witnessing animals. 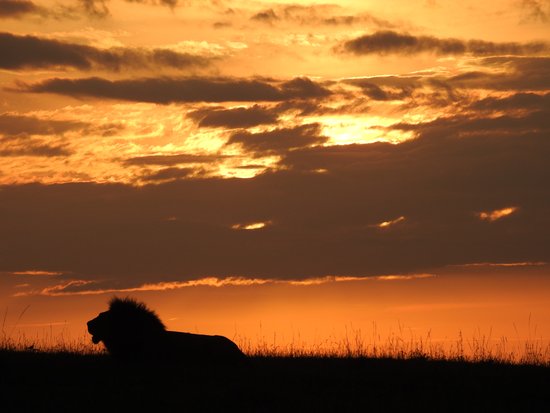 The Mara is a beautiful but sensitive environment that can survive only if properly respected. Well-watered by the Mara River, enjoying abundant vegetation, wildlife and rainfall, its ecology would appear, at first sight, to be relatively resilient. It also appears to have withstood the erosive effects of huge numbers of visiting tourists extraordinarily well. There are signs, however, that the delicate balance between tourist numbers and wildlife populations cannot be properly maintained for much longer as evidenced by the reduction in the protective vegetation cover and the emergence of a series of dust bowls. Meanwhile, the Reserve is host to 95 species of mammals, amphibians and other reptiles and 485 species of birds. During the dry season (July to October) it also hosts a major concentration of migratory herbivores including about 250,000 zebra and 1.3 million wildebeest. Amongst the list of easy-to-view species are: gazelle, elephant, topi, buffalo, lion (Kenya's largest population), black rhino, hippo, hyena, giraffe, leopard and mongoose.

Having visited the east side of the Mara we stayed at a lodge just outside the park and went into the Mara Triangle area each day. Less vehicles as less lodges so it didn't seem quite so crowded. Lots of animals with a good leopard...MoreGreat experience 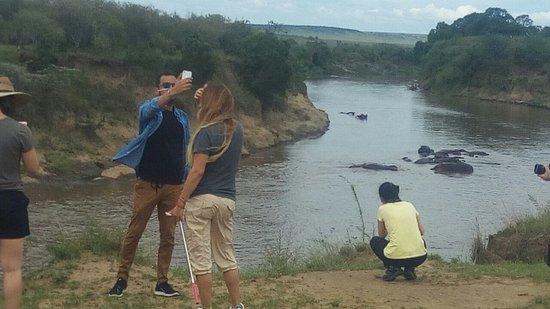 The Masai Mara Park is simply stunning: from its picturesque scenery to its beautiful wildlife.
Wide Lowlands, with the typical trees that stand up on the skyline, bushes, lakes, small rivers. The savanna is home for thousand creatures and even just listen them walking, breathing, chewing, hunting, playing... it is such an experience!
The ballon safari, although expensive, it is a must.
In my opinion there are 2 best moment to visit: the season of births (Feb-Mar) and, of course, the big migration (Jul-Aug).
I will come back soon! 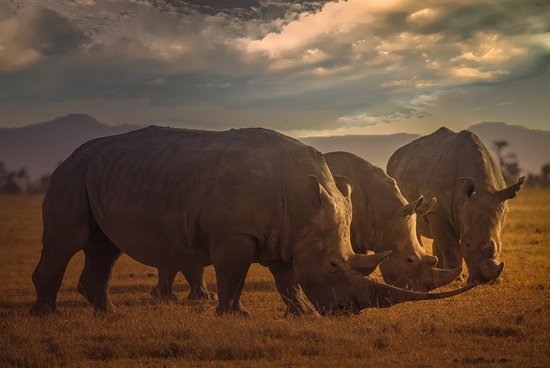 The Ol Pejeta Conservancy is a mosaic of grass plains, wooded grassland, Acacia woodland and evergreen thicket extending for over 350 square kilometres. The Ol Pejeta Conservancy, East Africa’s Largest Black Rhino Sanctuary, is situated at the foot hills of the Aberdares and the magnificent snow-capped Mount Kenya. Ol Pejeta boasts an astounding variety of animals including non-indigenous chimpanzees and the Big Five (the endangered black and white rhino, leopard, elephant, buffalo & lion). The combination of amazing wildlife and stunning views across the open plains guarantees an unforgettable safari experience.

Don't miss out on the Chimpanzee Sanctuary, where a most wonderful and knowledgeable guide introduces you to his chimps - each one of which he knows by their name, their history and their personality. He educates us on the plight of this animal around Africa, and the excellent initiatives to rescue their members from the hands of vicious traders.

The Amboseli National Park is a wildlife paradise thanks to the abundant wild animals. We saw lions, cheetahs, rhinos and buffalos roaming under the shadows of the majestic Mt. Kilimanjaro, Africa's tallest peak. We also saw elephants and beautiful giraffes quite near us and it was quite a beautiful sight. The sight of the majestic snow-capped Kilimanjaro was just breathtaking, and going to a Masai village and seeing the wonderful tribe going about their daily life and meeting their families was an amazing experience and an extra bonus, it really was a fascinating and educational visit. Me, my wife and our daughter will treasure our visit to the Amboseli National Park for the rest of our lives.

We were able to see a lot of animals in a short time, in a short range. The park was not swarming with people (or cars), so we got to see lions and giraffes up close and personal. We actually saw a lioness immediately after a kill and watched her drag the large, male bushbuck which looked to be about double her size to her cubs. It was amazing! 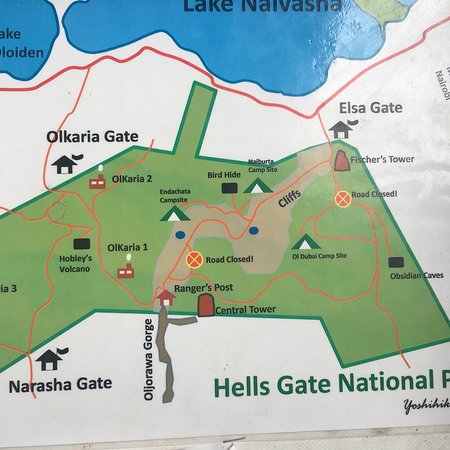 This has so far been my most adventurous experience ever! The drive through the park is simply amazing with a beautiful scenery of the rocks and gorges. There's a variety of animals in the park; zebras, warthogs, buffaloes, etc (no predators). Some of my friends even got to bike with the zebras!!! We drove to the gorge and then hiked all the way to the devil's bedroom which is where Tomb Raider 2 was shot and also got a feel of the hot Springs inside the gorge. Our guide says the hot Springs are good for dandruff and all kinds of skin diseases.
After our hike, we drove straight to Olkaria Geothermal Spa. My oh my!!!! This is a must do whenever you visit Hell's Gate NP. The spa / pool is simply breathtaking. Relaxing too. Don't worry if you can't swim, the pool is not deep and you can just relax in there. It's the perfect culmination to the Hell's Gate hike. All in all, i recommend this trip to all adventurous spirits out there. 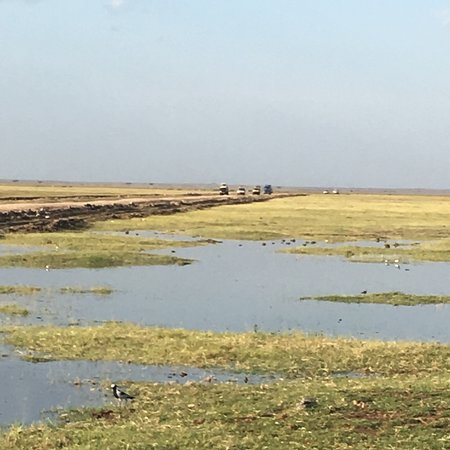 Observation Hill is easy to access from Amboseli National Park.
There is a stepped footpath to the summit which is easily managed for most. I would not advise the walk for the less able.
Once at the summit, the 350 degree views are stunning. One can see for many miles across the park and the hill gives visitors an almost birds eye view of the wetlands directly below where elephants and hippos graze the lush grass...often up to their necks in water.
There is no charge to visit and there is a covered area set up both to provide shade and as a place to sit and eat...out of the direct sun.
My recommendation.... don't miss it. You will regret It!