Where to Eat in Harrismith: The Best Restaurants and Bars

Harrismith is a large town in the Free State province of South Africa. It was named for Sir Harry Smith, a 19th century British governor of the Cape Colony. It is situated by the Wilge River, alongside the N3 highway, about midway between Johannesburg, about 300 km to the north-west, and Durban to the southeast. The town is located at the junction of the N5 highway, which continues westward towards the provincial capital Bloemfontein, some 340 km to the south-west. This important crossroads in South Africa's land trade routes is surrounded by mesas and buttes. It is located at the base of one of these called Platberg (i.e. "flat / flat-topped mountain" in Afrikaans). 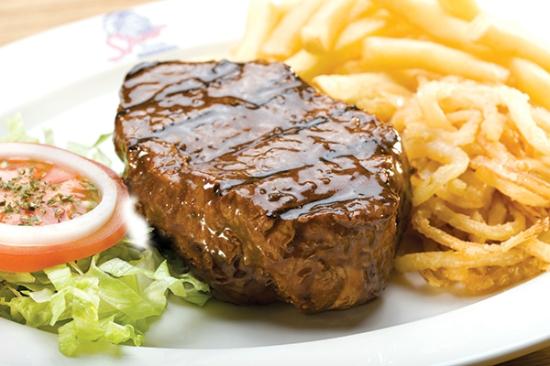 Silver Rapids Spur at Spur Village Centre in Harrismith looks forward to welcoming you and your family to a distinctive combination of family fun, great value and generous portions of tasty food. Join South Africa&apos;s most loved family restaurant for the best steak, burgers and ribs served in a warm, relaxed environment. We offer something for everyone on our famous Spur Menu, so bring the kids along for your favourite meal and dessert. Sit back, relax and enjoy the Spur experience!

We usually avoid the chain restaurants as they serve generic food and struggle to live up to the high expectations their advertisements create. This Spur is no different. Reasonable food served in a fairly short time frame and a friendly writer to boot. The onion rings were a disaster on my plate but otherwise not to much to complain about. But it would have been nice to have this view and a good old fashioned restaurant atmosphere. 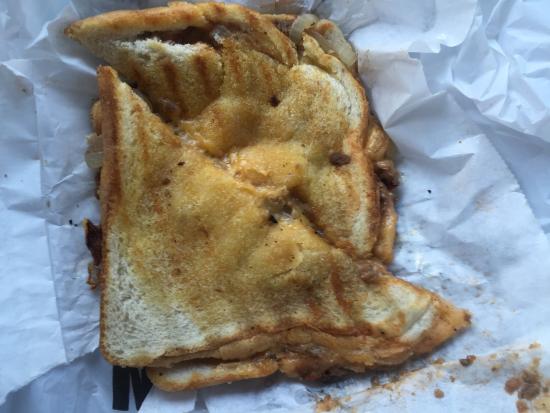 We were frankly surprised that a roadside breakfast at 06:00 could be that good.. kid's served first and they polished of their mini breakfasts. Dad enjoyed his Cafe breakfast and I was amazed how delicious my cheese topper was, complete with a very fresh salad, as I said folks it was 6AM. Swift service and spotless well done team Maxi.

Wimpy is a nation-wide chain of fast food. Outlets can be found all over the country. I do not normally consider Wimpy as a restaurant of choice but on this trip it was convenient and looked very busy (a good sign) and was accessible.
The lunch meal was tasty and nicely presented. The waiter was pleasant and efficient.
An unexpectedly good break on a quite long drive

Rocky Mountain Spur is a family-friendly restaurant that serves the best ribs, burgers & steaks. Bring along your kids for some great tasting food & dessert from our famous Spur menu!

I always stop at this Spur on my way to Durban. You always get good value for money. They are very quick to bring your food. Staff is friendly. Place is clean. Nice play area for kids.Dear Annalien d, Thank you for your review of our Rocky Mountain Spur Family Restaurant. We are delighted to know that your experiences with us are always positive. We look forward to having you back again soon! Kind regards, Spur Family 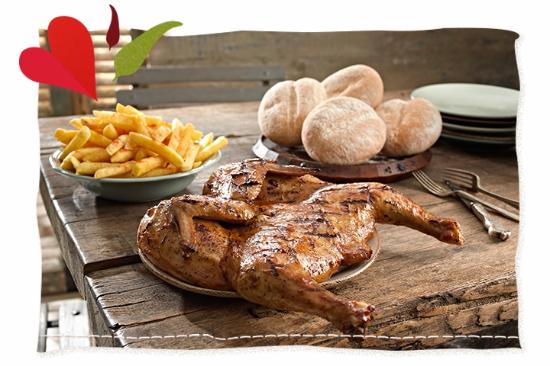 Experience a truly South African dining experience at Nando&apos;s in Harrismith. Our flame-grilled PERi-PERi chicken restaurants are world famous for their succulent, grilled to perfection, butterfly-cut chickens. Add spice to your life with a meal from our Portuguese style menu. We&apos;ve set the eating experience on fire and we can&apos;t wait for you to join our table because if there&apos;s one thing we love as much as PERi-PERi, it&apos;s lots of people to enjoy it with!

As a tourist, I tend to eat in food safe establishments like Nando's, but naturally I favour those that offer complimentary wifi to customers. Come on Nando's, your food is great, your staff are good and clearly have the right training and your customer experience is exactly where it should be, but you're starting to lag behind the others 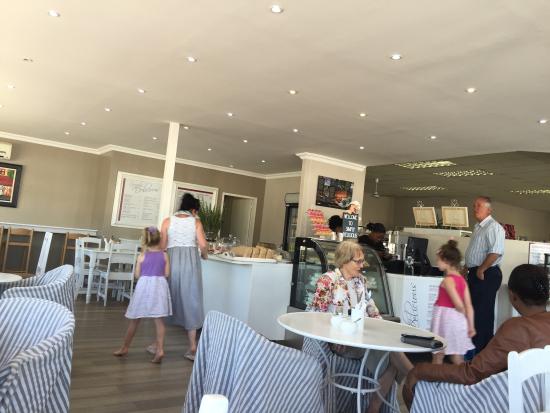 We stopped here for breakfast on our way to Clarens from JoBurg. The food was freshly prepared, hot and delicious. There is a good choice to suit all tastes.
Staff are friendly and welcoming. Simply delicious is a lovely place to stop, clean and pleasant surroundings. Would certainly use again. 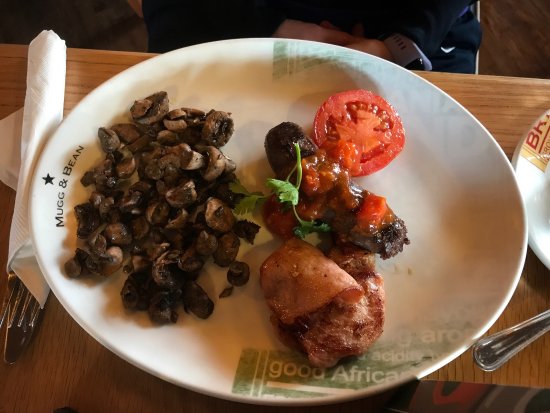 The heavy fog made traveling hard work, and then we saw the Mug and Bean. The coffee was excellent and the breakfast went done well with all 6 of us. Friendly staff and a roaring fire made the pit stop an enjoyable experience. 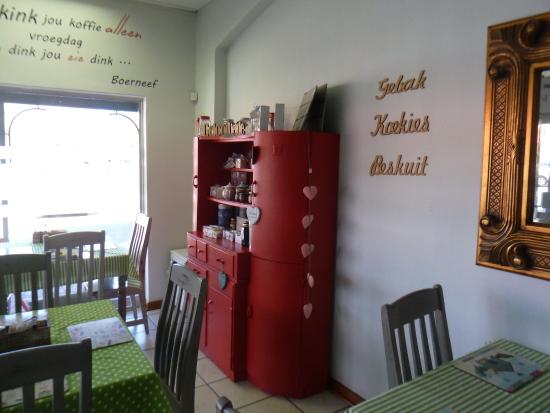 My husband and I had the absolute pleasure of stumbling upon this little gem during our recent stay in June 2015 in Harrismith.
We were warmly welcomed by Ina and shown to a table outside (it was closed off due to a severe cold front). The restaurant has a wonderful, charming and inviting ambience. The quirky décor adds a special charm to the ambience. The outside area boasts a children’s playground and a swan pond.
The menu boasts a small selection of hand - picked favourites and is extremely well priced. My husband had a cup of filter coffee and I had a delicious Latté.
My husband ordered the vegetable soup which was a perfect choice. The vegetable soup was homemade and tasted absolutely divine! It was served with a cheese Sandwich which was the perfect combination with the soup.
We both ordered the 200 gram fillet steak (R75.00) which was accompanied by potato chips. As a side dish we each received three homemade salads. The salads were a Greek salad, homemade Beetroot salad and homemade Green bean salad. The steak was grilled too perfection (medium) and melt in the mouth tender. The salads were exquisite and made me long for my mother’s homemade salads.
Attention to detail is given to the smallest things. My husband received his cutlery wrapped in a blue serviette and I received mine in a girly pink serviette. What a nice touch!
The front part of the restaurant is also beautifully decorated and serves as the inside Seating area of the restaurant. The restaurant boasts a “tuisnywerheid” (where you buy freshly baked sweet and savoury confectionary). My husband immediately saw the “Jodetert” (a traditional South African Cake) which we seldom see in the City.
We received true and heartfelt hospitality from Ina from the moment we entered Cameleon Koffie Winkel until we said our goodbyes. We would like to thank Ina and the rest of the team from the bottom of our hearts for a wonderful meal in an amazing setting.
If you are looking for a home cooked, hearty meal in a quaint setting, look no further!
We had the absolute pleasure of having lunch at Chameleon again on 3 September 2015 and the food was just as delicious as on our previous visit! 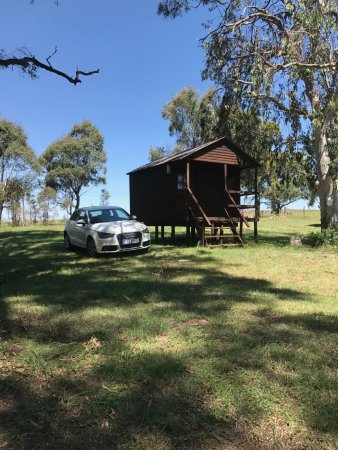 Matt and Beth have woken a old 'dorpie' (country village) out of her slumber. They recreated a bustling and creative hub consisting of the Central Hotel, a butchery, liquor store, general dealer, wedding venue, self catering accommodation, deli and the Smileys restaurant. This eccentric restaurant offers a magnificent buffet on weekends, but be sure to reserve a table in advance, this bohemian afro-chic venue is packed!
One is welcomed like an old friend or farmer of the area and seated at one of the many tables.
The atmosphere is jovial and full of banter and laughs with children playing safely outside. Patrons can put special requests to Matt who manages the bar and music. Beth manages the kitchen and serving.
The buffet consists of fresh home made bread with soup, salad and a variety of vegetables and meats. Pudding too! A surprising selection of wine and beer is available. Plungers of coffee to follow lunch.
Dishes are tasty and flavoursome and is home style country food.
Service is slower when it is packed, but is good.
Ideal for anyone within 50km in need of a decent meal in fantastical surrounds. 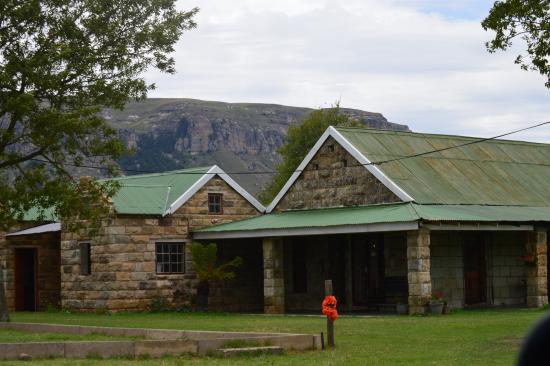 On Friday, 24 November 2017 on our way to the Northern Drakensberg my husband and I had the pleasure to stop at The Phat Chef diner. We immediately felt at home when the family dog welcomed us in the parking area. The diner boasts several...MoreDear Zerwickrenatevictor, Thank you for such a lovely review. I am so please you enjoyed your time at The Phatt Chef. We hope to see you again and maybe next time try the crumpets... those are a real winner. Kind Regards Jenna