Where to Eat in Dunfermline: The Best Restaurants and Bars

Dunfermline (/dʌnˈfɜːrmlɪn/ ( listen); Scots: Dunfaurlin, Scottish Gaelic: Dùn Phàrlain) is a town and former Royal Burgh, and parish, in Fife, Scotland, on high ground 3 miles (5 km) from the northern shore of the Firth of Forth. The 2011 census recorded the town's population at 49,706, however figures released in 2012 estimate Dunfermline's population as 50,380, making it the largest locality in Fife and the tenth largest in Scotland.
Things to do in Dunfermline 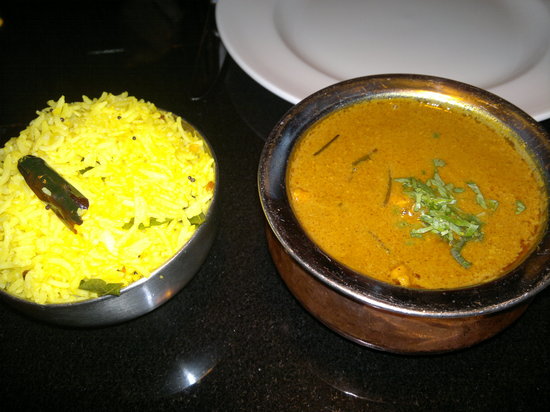 Khushi&apos;s was the first Indian restaurant opened in Scotland in 1947.

Was so looking forward to going when friends said how great it was, so we were quite dissappointed when we went for lunch during the week. Wasn't a lot on offer and there was only a couple of veggie options. Didn't know that it wasn't licensed either. Took the bus so we could have a couple of drinks. Sorry but we won't be back. 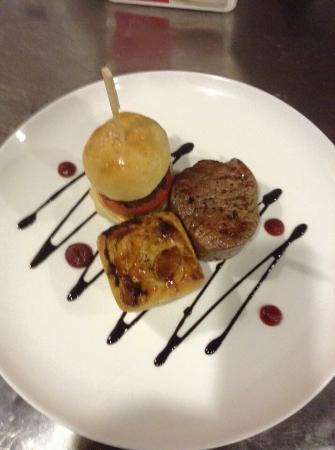 Firstly, I only write TA reviews if the food had been either really poor or really good. On this occasion very good. We had the fillet and the sirloin and both were very tasty and flavourosme. The highlight for me was the homemade Tirimasu which was the best I've ever tasted, and I've been to Italy and had homemade Tirimasu there too but this surpassed it by far. Great service aswell. My new favourite place when I'm in Dunfermline. 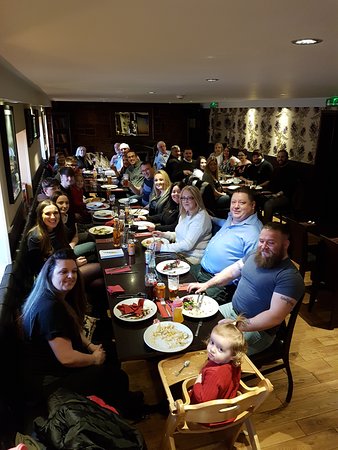 The 4 adult meals excellent - haddock, squash risotto, sea bass and prawn linguine. clearly freshly prepared and each was delicious. 4 children,s meals all good value and also individually prepared.
Friendly help form the waiter/server who obviously took pride in the standard of service.
The only ridiculous suggestion for improvement is smaller portions. I hate waste and had to push myself to finish the linguine. I would happily have paid the same price for a 3/4 or even 2/3 portion.
All in a really tasty, far above average well priced meal. 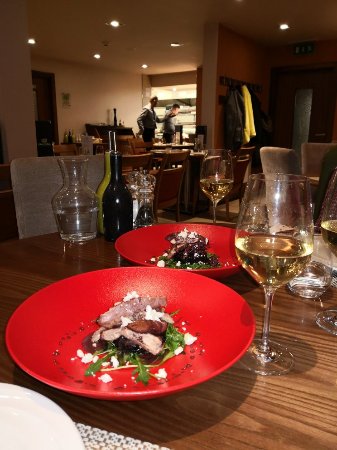 Welcome to Ciao Italia, Dunfermline&apos;s newest Italian restaurant.For every occasion from a business lunch or dinner,romantic meal for two,parties or just a day out with freinds and family,Ciao Italia does it all in a fun,modern and relaxed atmosphere.we,the managment and staff,hope you enjoy you visit and welcome any comments,questions or suggestions you may have........BUON APPETITO!

This turned to be a great choice as I had an excellent meal. Starting with prosciutto with mozzarella, then a special pasta with prawns and scallops, and finishing with a chocolate fondant. All the food was delicious and the service was efficient. With a beer the total bill came at 31£.
Definitely recommended. 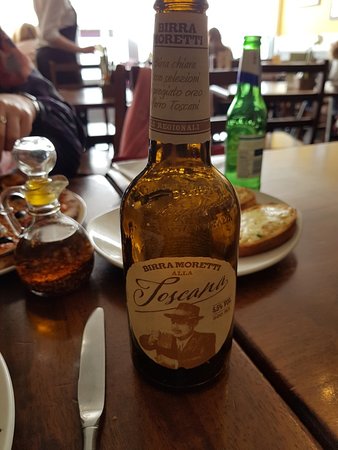 IN THE HEART OF THE TOWN, LOVELY PLACE FOR A NICE LUNCH DURING YOUR SHOPPING OR FOR A SMART DINNER TO IMPRESS YOUR WIFE OR FRIENDS.....

We visited on a Sunday evening in February and it wasn't very busy but the food and the service were excellent. The garlic mushroom starter was more than adequate for two people accompanied by some complimentary bread sticks which were gorgeous. Fillet steaks for the main course were excellent as were the accompaniments. We would definitely return. P.S. The two young ladies who were waiting on were very helpful and friendly. 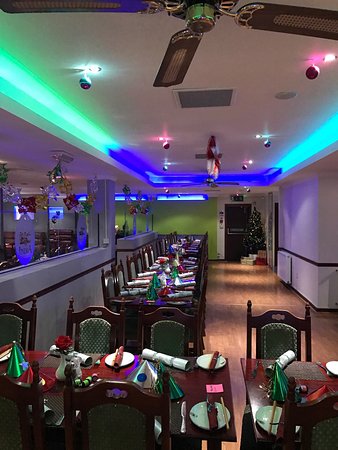 Stumbled across this when cruising the area late at night looking for somewhere to eat. Totally random selection as from the outside it didn't look particularly inviting but once we stepped in the door WOW! - what a difference. Lovely modern decor, a lively buzz at 9pm on a November Saturday and had to wait for a table to come free. Service was friendly and fast considering the number of other diners and the food was outstanding. The mixed pakora starter was lovely, the quality of the meat was very high and the sauces were distinct and well made. 10/10 and I wish I lived nearer as I would definitely be back regularly on the basis of this one visit. 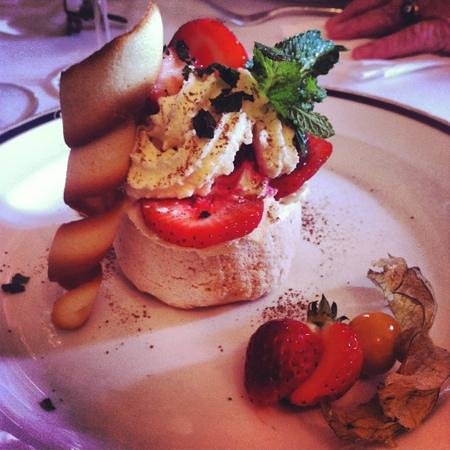 The cuisine at Garvock House has won many admirers over the years and creates the perfect ambience for a leisurely lunch or intimate dinner for two. One of the finest dining establishments in West Fife with a reputation of good food and quality service in elegant, yet relaxed surroundings. Come and see for yourself, probably the best kept secret in West Fife. The dining rooms are overseen at all times by a highly dedicated and experienced team of staff. Our chefs are an enthusiastic and professional team ensuring that dining at Garvock House is an opportunity to enjoy the wonderful fresh local ingredients for which Scotland is so well known. All are cooked with great flair and imagination with local flavours shining through.

It had been a while since we had been to Garvock for dinner. The question has to be why!! The service is 100% set up for customer satisfaction, the ambience is relaxed and welcoming. The supper menu has a good selection of dishes available, it may take some time to decide what to eat. We settled on the Haggis balls in a whisky cream sauce (delicious). To follow we had the Venison casserole (melted in the mouth) and Chicken with gnocchi (succulent and tasty). The desserts didn't disappoint either. Both were perfection on a plate. The last words must go to the amazing staff who make this such a enjoyable experience, they are attentive but not overbearing. We have achieved a reputation for excellent cuisine and fine dining. Our food is prepared with the finest fresh herbs, spices and fresh produce available. You can enjoy the very best of Indian and Nepalese cuisine prepared by individual chefs with a touch of the unexpected. The very best of the worlds wines await your arrival and traditional desserts to enhance your dinner. We are waiting to welcome you!

Been going to Everest for many a year and always receive great service and food. Don’t think I’ve ever had a bad dish.
North Indian Garlic chicken is great. Lamb Tikka is brilliant. Love the Tamdoori mixed grill. The starters are all excellent and I’ve added a picture of the onion bhaji as the presentation is good as well.
Only room for improvement over the likes of Kushis is decor as it’s not changed for years and isn’t the most aesthetically pleasing restaurant although don’t let that out you off as the food than makes up for it. 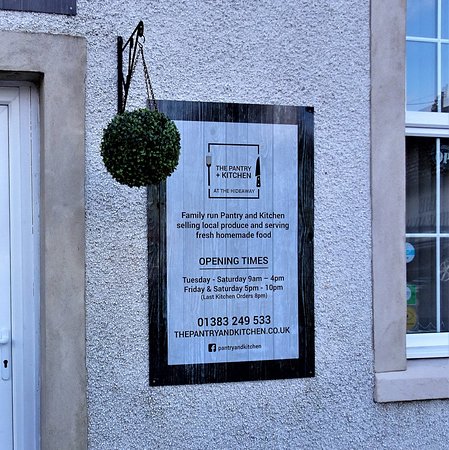 This former miners institute is cosy yet spacious with free parking and a wood burning stove.Its open for breakfast lunch and some evenings and has recently been refurbished to include sofa Seating as well as restuarent and bar Seating.There is a fine selection of the usual favourites all produced fresh by young polite well trained staff but the piece de resistance are the cheese cake selection which are to die for.With this on offer why would you go to the nearby retail park 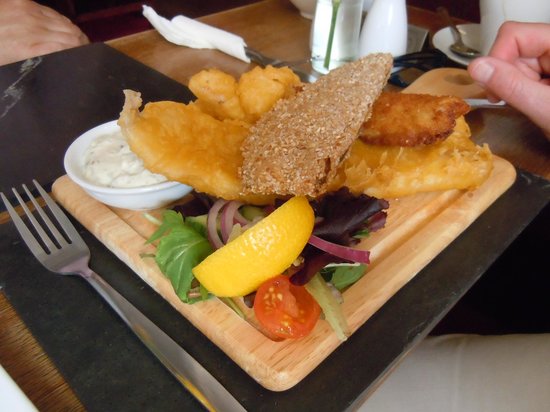 Sorry, but I disagree with many of the reviews here. We visited for lunch and were thankful to be offered a table on a dreich day without booking in this cozy pub/ restaurant. I ordered scampi with chips and received a huge plate filled with salad, mixed vegetables (carrots, broccoli, mangetout, white turnip batons), chips and a scampi. The salad was unnecessary, the mixed vegetables were either hard or overcooked, the chips were dry and hard whilst the scampi had parties and were paired up. I didn't like that one of the scampi veins had not been removed. My partner had wonderful steak pie spoiled by boiled jacket potatoes covered butter and similar mixed vegetables. Really disappointing particularly at the price.