What to do and see in Bayreuth, Germany: The Best Places and Tips

Bayreuth (German pronunciation: [baɪˈʁɔʏt] ( listen); Upper Franconian: [ba(ː)ˈɾaɪ̯t]) (Bavarian: Bayreith) is a medium-sized town in northern Bavaria, Germany, on the Red Main river in a valley between the Franconian Jura and the Fichtelgebirge Mountains. The town's roots date back to 1194. In the early 21st century, it is the capital of Upper Franconia and has a population of 72,148 (2015). It is world-famous for its annual Bayreuth Festival, at which performances of operas by the 19th-century German composer Richard Wagner are presented.
Restaurants in Bayreuth 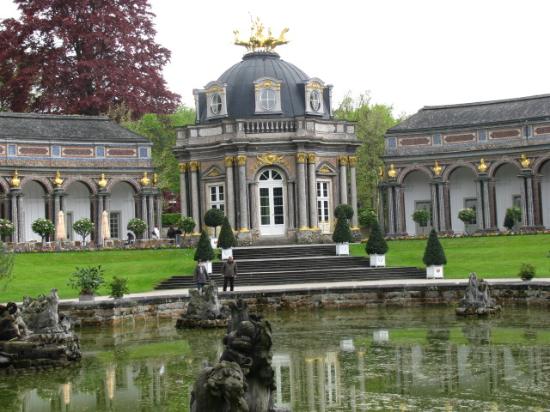 This places is spectacular! I went during winter time, so the Fountains were closed and even then I got impressed! The buildings, and the park is something worth to visit. Everything is in perfect shape, well maintain.
It takes several hours to visit the whole park, and every corner is different.
Very nice place! 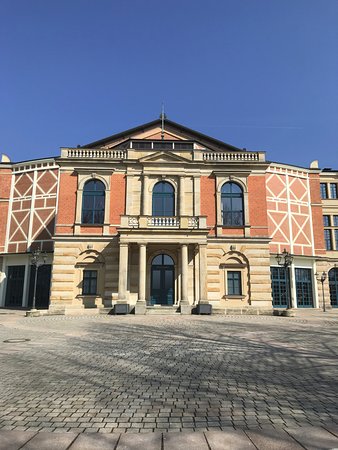 The opera hall itself is bland and for the most part uninteresting unlike the grand opera halls in Europe.
The accompanying grounds are just beautiful and peaceful which one needs after sitting through a Wagner Opera. The Gardens are worth a trip in itself. A lovely place to sit read or share a basket lunch on a lovely day. 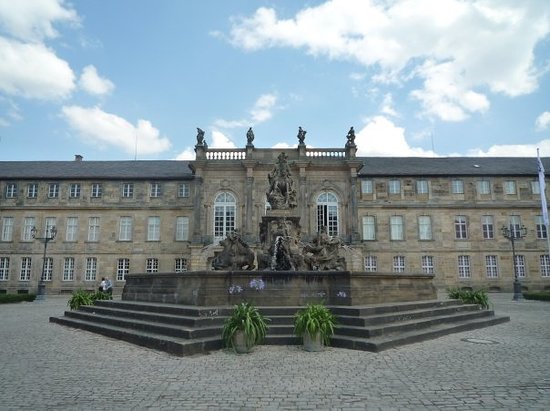 This is a first class attractions. Unfortunately, the gallery of paintings is only available via a German language tour. Upstairs, however, one can visit the rooms that were partially designed by the famous Wilhelmine, the sister of the great Prussian Friedrich the Second. The impressive quality of art here is very close to the Sansouci palace in Potsdam. We spent 2 hours here marveling and admiring the beauty of the rooms. Not many visitors come here and the staff is very limited. We had very personal high-quality intimate visit here. I have to give it four stars though because of the unavailability of some of the rooms to English speakers. 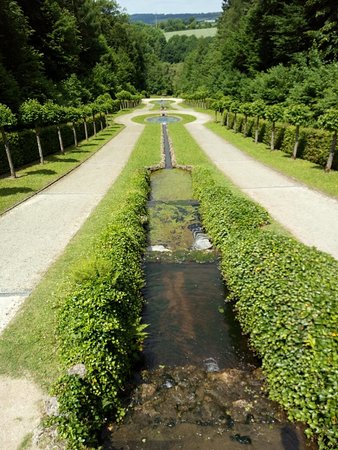 Travel by the double-decker tourist bus ( a bargain at 2 euros). Go upstairs (not suitable for disabled people). Hop on and off.
The Eremitage is free, wheelchair friendly,with long cool walks and some interesting buildings with small lakes and Fountains. It has a cafe serving German beer. Allow 1 or 2 hours (the frequency of the tourist bus). Good fun 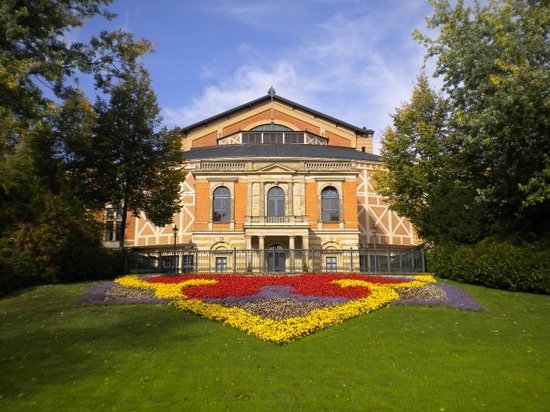 When I last visited Wahnfried seven years ago, the presentation was tired and somewhat depressing, I did not feel particularly welcome and overall, it had an air of dingy decay. Visiting recently, when attending the Wagner festival, I couldn't have had a more contrasting, and much better, experience. Wagner's home has been transformed into a fascinating account of his life, his often appalling opinions and his glorious music. Displays are clearly set out, there is a wealth of detail available to a German speaker, but even if, like me, you don't speak the language, there is a good audio guide.
The shiny new annex in the garden presents the production history of Wagner's operas, with production models and costumes, as well as the option to enjoy and compare recordings of hundreds of artists. Finally, the house occupied by Siegfried, Wagner and Cosima's son, can now be visited, and a thoughtful audio visual display does not shy away from the connection between the family, the festival and the Nazi regime.
Altogether a fascinating insight into the life of such a great artist and flawed man. 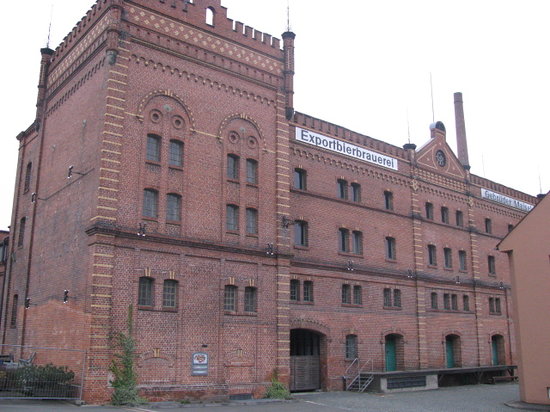 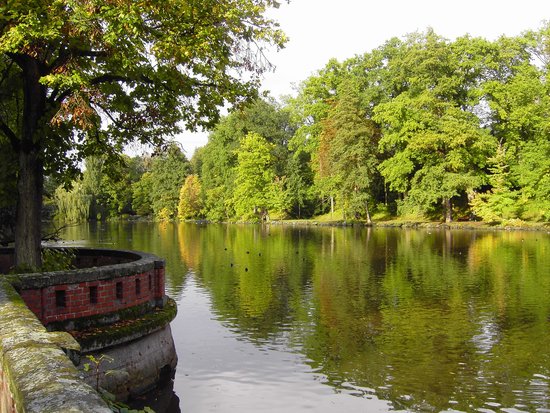 We had a nice stroll in this park. There's a nice size lake where you can get on a rowboat. There are some animals--birds and mammals along the nice paths. You can enjoy peace and tranquility in this park as well as watch some animals. Flamingos were our favorite, but some children were collecting some peacock feathers. Kangaroos, emus, lamas, deer roamed in their habitats. It's a fun place for kids as well as adults. It's free of charge unless you want to rent a rowboat. 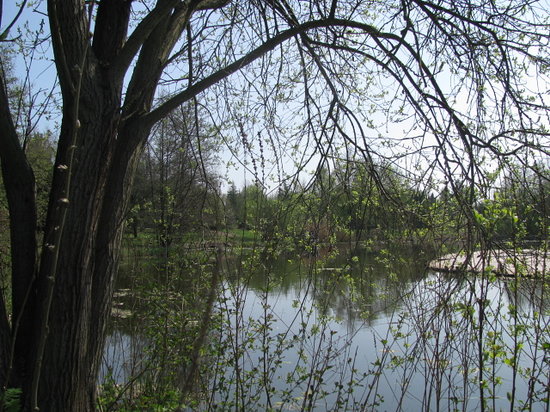 Visited as the outdoor plants were past their best but packed beds still gave an impressive display. Massive scale of a garden all immaculately kept. Indoor climate controlled glass houses similarly packed with big exotic plants (which need some height control). Visited Bayreuth many times but have missed this hidden gem. 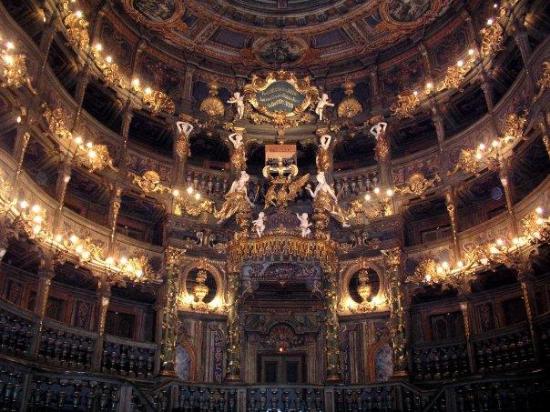 loved the architecture, grandeur and how this opera house was preserved. Doesn't look too appealing from the outside but once inside you can feel and see for yourself the fine details. Unfortunately when we went in 2010 some parts were under renovation, hopefully it's fully reopened! 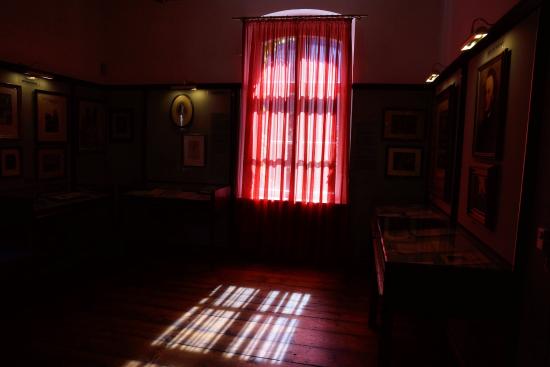 I would have given five stars to this absolutely amazing museum, but the lack of sanitary facilities (as well as lockers) was actually a problem. There was, luckily, a place to store umbrellas. The neighboring Wagner and Jean Paul museums will not let you use their restrooms without an entry ticket to their museums. The Liszt museum is absolutely spectacular, it has a large collection of portraits and litographs of Liszt, his family, friends, students etc. as well as other memorabilia. Visiting this museum right after seeing Liszt's house in Weimar is a great idea. We had an English speaking tour guide who was very informative. Make sure to visit Liszt's Mausoleum in Bayreuth. Lack of signage in Engish language can be a big problem to non-German speaking visitors in the Liszt museum.