What to do and see in Aisen Region, Chile: The Best Places and Tips 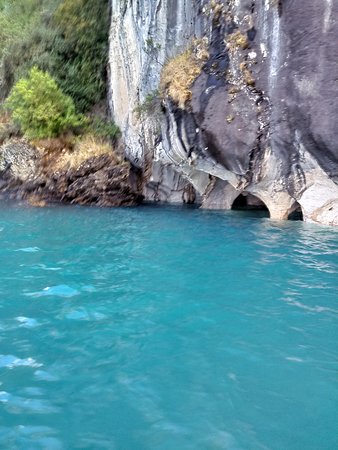 If you are in the area this is must !!!
Wake up early and go to town where all a traction offices are .
My advise is to get smaller boats rather then large as they come closer .
Be patient almost nobody speaks english there . Earlier you go better caves looks like .sunnier it gets better they look :) 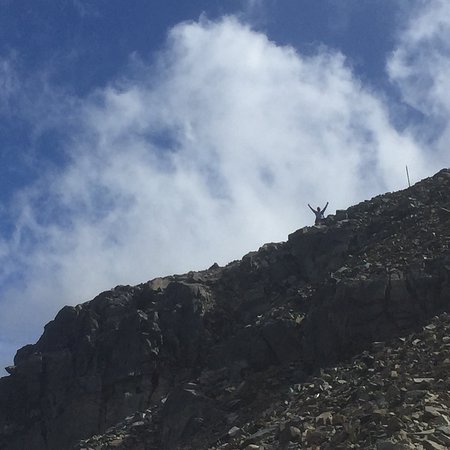 Departing from Coyhaique, Chile, our Wilderness Travel group van traveled south on the famous Carretera Austral (Southern Way), which is Chile’s Route 7 that runs 770 miles from Puerto Montt to Villa O’Higgins and travels through 17 National Parks and Reserves. We were on our way to visit and hike the spectacular Parque Patagonia near Cochrane along the Rios Baker and Chacabucco, a soon to be a new Chilean National Park.
Our trip down Route 7 took us through the beautiful Reserva Nacional Cerro Castillo and it is visually stunning. This was not our destination and we didn’t hike here but I wanted to. Maybe another trip is needed to do exactly that?
Even if you don’t step outside your vehicle, the drive alone is worth it. The road is paved all the way down to the small town of Villa Cerro Castillo but after that it is dirt and gravel all the way south once it crosses the Rio Ibanez. 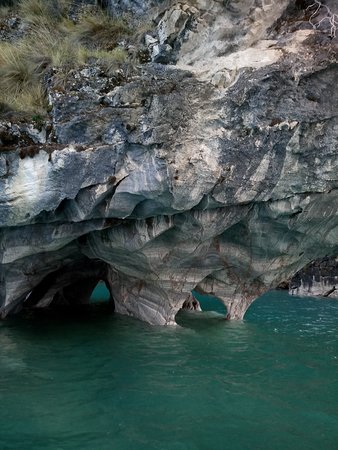 Reviewed By Brody U - Michigan

The road to Puerto tranquillo is amazing. So beautiful. If you have the time stay a night and go to caves in the am. I thought the were ok. The solar eclipse rose the water 6 feet according to tour. Get a small boutique or kayak. Much better experience and photos. Get bus when you can! Not alot 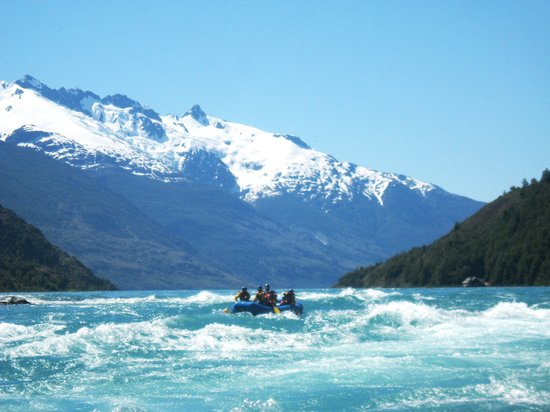 The Baker is such a gorgeous river. Fun fishing, although best with a boat. My spouse did a raft trip which he enjoyed. The kids and I just hung out at the Casa Del Rio Konaiken cabins (near Green Baker Lodge - I can't recommend these cabins highly enough - absolutely fabulous and a great deal: new ownership - phone: Carolina 78913056, cash only). We also went down to the Baker and Neff confluence - absolutely stunning. If you don't have a car, you can hitchhike (as we did) to the confluence - enough traffic to make that work. We did the whole thing as a family of 4 hitchhiking or using public transit no problems (this was during February 2015 - crossed over from Argentina to Villa O'Higgins, arranged a transfer to Caleta Tortel, bus to Cochrane, hitchiked into Parque Patagonia and then hitchhiked up to Puerto Bertrand, then bus to Rio Tranquillo, and a bus onward to Coyaique). 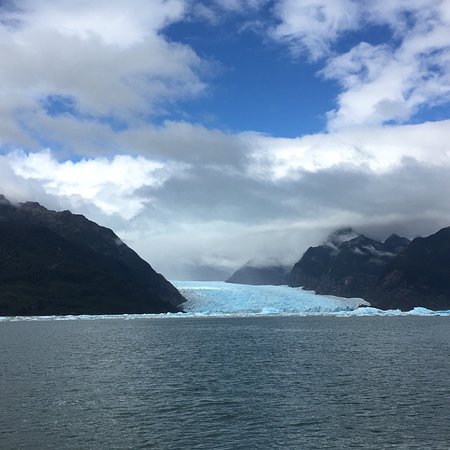 It is a little bit far from the Port. It is about 10 hours but it is worth visiting lt. But in The catamaran thé crew is organized and care a lot about the safety. It is very Amazing that they could take us near the ice wall in a rubber boat. Very impressive. 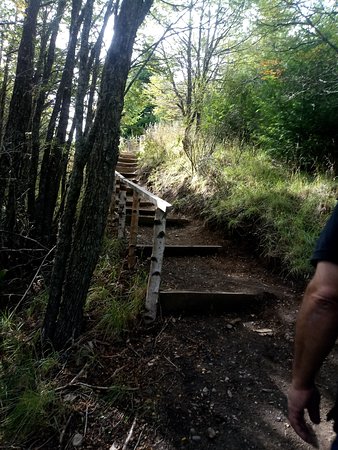 Went here for an afternoon while in town.
2500 pesos entry fee.
Drove around but also did the very nice trail around the lake.
Very quiet and peaceful. Well marked out through the woods.
We enjoyed it very much
You could also bike or hike the entire reserve. 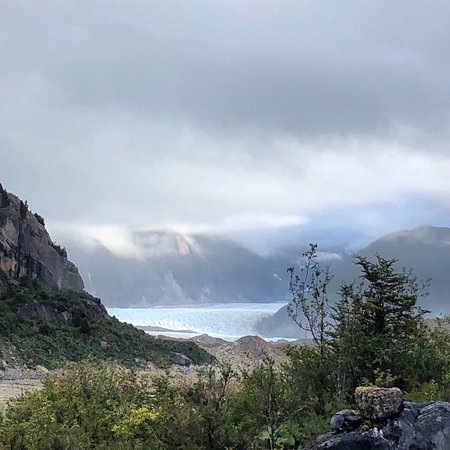 Reviewed By Murali B - Pittsburgh, Pennsylvania

This has been the highpoint so far!! The glaciers are simply an incredible experience as you go very close to the 'WALL' of ice, so close you can hear the calving and actually see them break off and fall into the ocean. I strongly recommend getting in touch with Ian Farmer of Rio Exploradores but equally with Destino Patagonia as we went to the glaciers on a joint tour that was hosted by the latter. Very knowledgeable crew and amazing customer service. But nothing prepares you for the actual viewing of the Glaciers which is simply mind blowing. Make sure you have water proof clothing and dont get soaked in your feet like I did! Whisky IN the rock (the guide fishes out a piece of ice from the ocean and carves out a bit and pours scotch into it:) In that cold, and staring at the glaciers, it is a nice touch:) 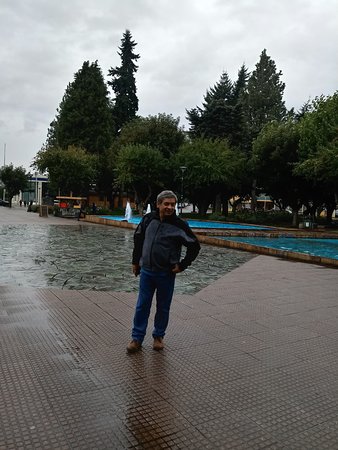 This plaza de armas doesn't have too much going on but it is an interesting spot to do some people watching. There are some restaurants just off the plaza and the tourist information too. 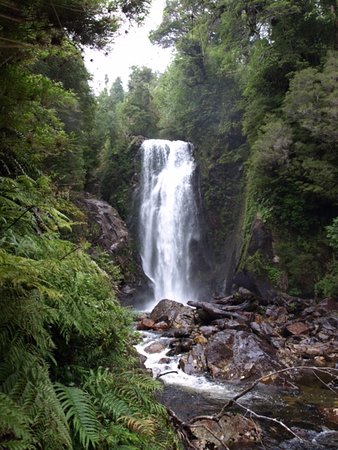 We hiked to the falls on a very easy, well maintained and well marked interpretive trail. Signs point out the flora and fauna of the area. Along the way you can see several types of birds including the Huet-huet. The trail takes you to the falls which is the highlight of the hike. From the falls you can walk to the restaurant where they cook lamb over an open fire in traditional style. They also do traditional dances.
The area is very lush and beautiful. Wish we could have spent a longer time here.