Top Things to do in Bolton

Top 10 Things to do in Bolton, United Kingdom (UK)

Bolton (/ˈbɒltən/ ( listen) or locally [ˈbɜʏtn̩]) is a town in Greater Manchester in North West England. A former mill town, Bolton has been a production centre for textiles since Flemish weavers settled in the area in the 14th century, introducing a wool and cotton-weaving tradition. The urbanisation and development of the town largely coincided with the introduction of textile manufacture during the Industrial Revolution. Bolton was a 19th-century boomtown, and at its zenith in 1929 its 216 cotton mills and 26 bleaching and dyeing works made it one of the largest and most productive centres of cotton spinning in the world. The British cotton industry declined sharply after the First World War, and by the 1980s cotton manufacture had virtually ceased in Bolton.
Restaurants in Bolton 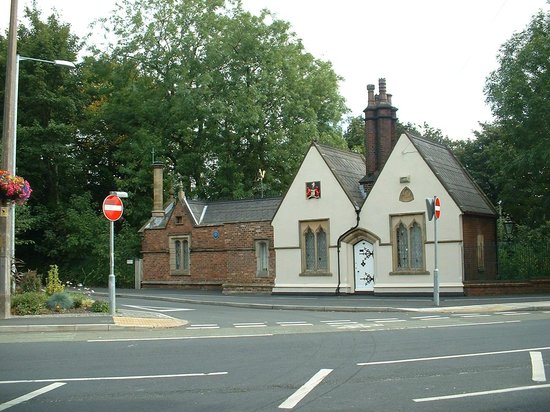 We visited this place on 11/11/17 as I have wanted to visit for some time being interested in Fred Dibnah and engineering, he visit was given an urgency as sadly the place is closing down.
We were given a tour by Leon and Alf who amused us with stories of Fred's antics and capers.
However I was a little shocked to discover that despite the impression given throughout the tour Leon had never actually met nor had an interest in Fred prior to buying the site, Alf on the other hand had known him for a long time and had travelled with him on his traction engine around britain.
It wa a very good day with good guides, only slightly spoiled by Leon's 'pushing' of hie merchandise DVDs etc 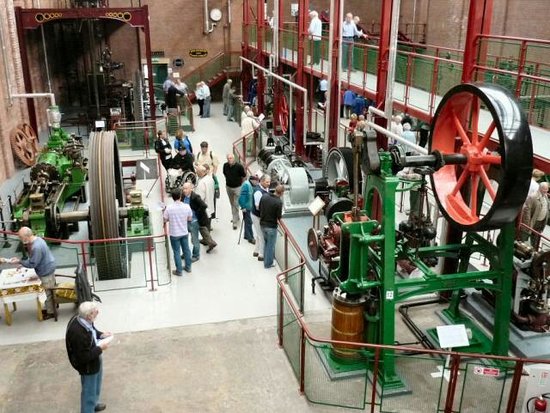 We have visited many "live" museums and this is the best yet! The volunteers are obviously proud of their museum, are smartly turned out in their maroon shop coats and happy to talk knowledgeably about any of the exhibits. The museum is clean, tidy and...MoreHi Derek, Thanks for your kind words. We, I think, are quite rightly proud of the museum and try to keep it clean and tidy (though I wouldn't eat of the floor). We are glad you enjoyed your visit, please come again. 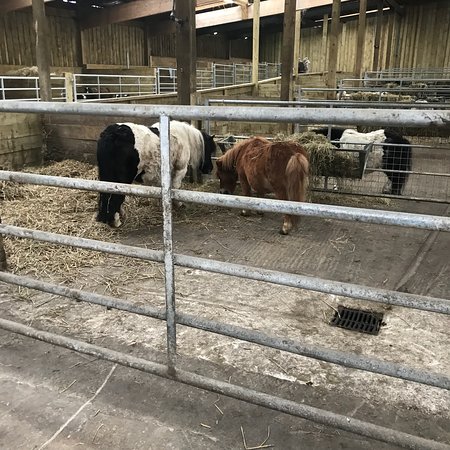 My husband and I took the grandchildren to see all the animals and get up close with them. All of them thourally enjoyed there day out. Even GRANDMA and GRANDAD lol. 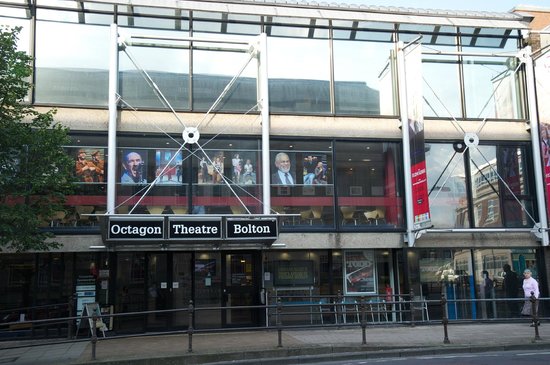 I throughly enjoyed watching Hamlet at the Octagon Theatre, on a very freezing cold afternoon, with a depleted audience All the cast were extremely good, a very high standard, and no weak link! David Rcardo-Pearce however was mesmerising, and extremely engaging. I loved it! I love Shakespeare but, this was the fist time I have seen Hamlet. Definitely good direction from David Thacker. 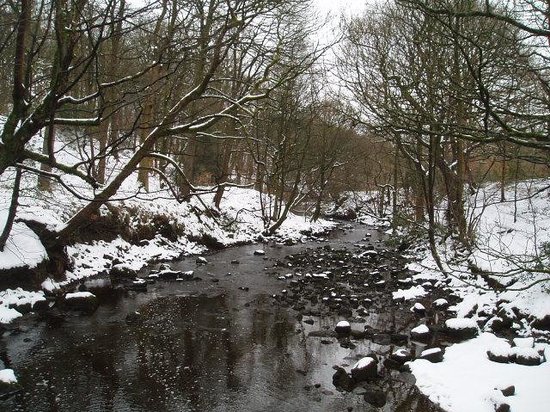 Live ten mins drive from here and only realised it existed having stumbled across it on TripAdvisor...
Nice, well kept Reservoir paths allowing a scenic 2 mile walk that really gets the blood pumping! Given the clay soil around the area, the paths are generally a bit muddy - and you can see that those who know what they're going go there with walking boots/wellies, although I did manage a lap today in old trainers without too much mess created. If walking around the Reservoir anti-clockwise, there's a fairly steep hill back up to the car park - consider myself average fitness and it wiped me out today! Be prepared to take that at a slow pace if you're not used to exercise! It's also worth pointing out there are loads of dogs being walked there, usually off leads - probably not somewhere anybody intimidated by dogs would feel comfortable.
There's a car park next to the cafe - but today I got one of the last spaces at 10.45am or so Sunday. The spaces aren't the easiest to manoeuvre in or out of - slightly odd planning really. The cafe is good when we've been there previously, although some items on the limited menu were out of stock as the time. At 10.45am this morning, Sunday, the cafe did appear to be closed.
Recommended if you're local and fancy a nice scenic walk for a couple of miles. 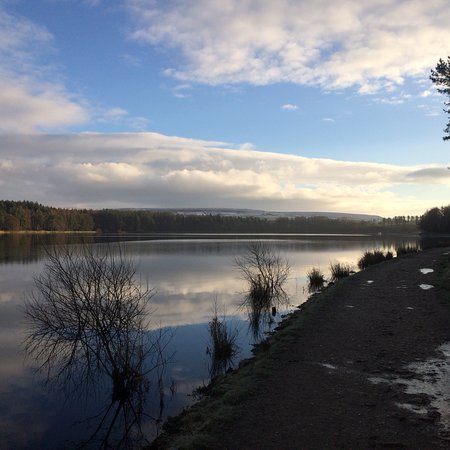 Don't bother taking your mobile as there is not much of a signal round the Reservoir. There are various walk lengths given there are different Bridges crossing the brook at the opposite end from the car parks which mean the walk can be longer. The walk is about 2 miles. Can get a bit busy at the weekend but never too busy. The car park is now a pay car park although there are non paying parking spaces. Nice pint a short walk away at the Strawbury duck. 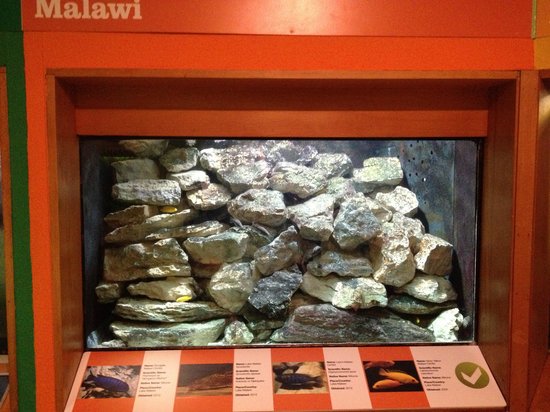 Bolton Museum and Art Gallery has something for everyone. Visit our Ancient Egypt Gallery to see fascinating artifacts, learn about Bolton's rich heritage or meander your way through our collection of art. Learn about creatures from all over the world and don't forget to say hello to our dinosaur friend on your way in! We are also home to Greater Manchester's only aquarium.

Visited the archives here hunting material for a project I'm working on and was meant by a wonderful member of staff who seemed to have everything at his finger tips. Some interesting publications on local history for sale. Huge respect for the monumental archive that...MoreHello, Thank you for taking the time to write a review and we are delighted to hear that you were pleased the service at our History Centre. We hope that you will visit us again. Best wishes Maureen

If you like dog do, large dogs running up to you and your kids, millions of honking geese, goose do, Himalayan balsam, Knotweed, overflowing bins, disgusting tin toilets then this is the one for you. If you want to watch birds from the bird hide, have tea in the café, walk in the visitors centre this is not the one for you because its all boarded up. If you want to fish on the fishing pond take a big stick to remove the weeds. If you want to walk on the board walks you should have come a long time ago because hey have all been ripped up. If you wanted to visit the scent garden you can but its a jungle in their and smells of you know what. If you want to use the kids play area you can but bits of it keep going missing and the place where that was then tarmacked over. Heavily used as a local amenity, Greatly neglected by Bolton MBC who have let a once great park become a dump. Go to Clifton or any where else rather than this. 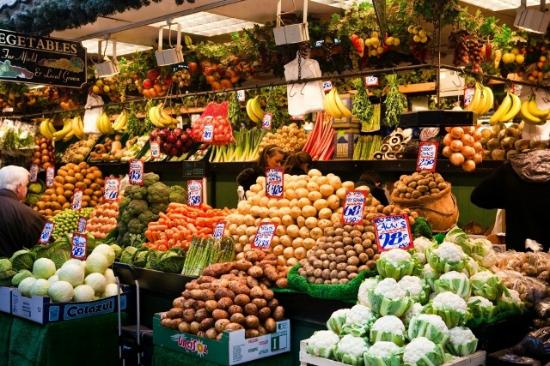 Living up North just for a few months discovering this Market was a fantastic thing!
Lovely and fresh products, high quality fresh fish.
Open three days a week, Tuesdays, Thursdays and Saturdays it just lovely to go. Shoppers are courteous and polite, greeting strangers with a warm smile.
The stalls are well organised and we can find most things we need. In just a few weeks I became a regular customer.
After shopping, enjoy a meal or a coffee in the food court. You will be surprised!
Homemade cakes and delicious coffee! 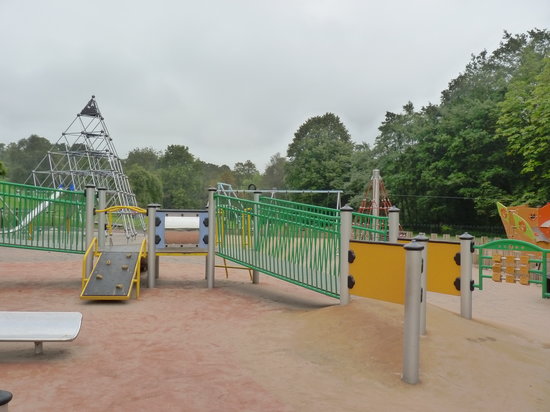 Reviewed By Off their P - Manchester

Although walking distance out of Bolton town centre this part does seem a world away. It is quite large, has something for everyone and is very relaxing indeed.
There is plenty of free parking around and it is extremely well-kept. They have spent a lot of money on it recently and it has been well used. This park is great if you fancy just a short walk around this peaceful green area.