Top Things to do in Kandy

Kandy (Sinhalese: මහනුවර Mahanuwara, pronounced [mahanuʋərə]; Tamil: கண்டி, pronounced [ˈkaɳɖi]) is a major city in Sri Lanka located in the Central Province. It was the last capital of the ancient kings' era of Sri Lanka. The city lies in the midst of hills in the Kandy plateau, which crosses an area of tropical plantations, mainly tea. Kandy is both an administrative and religious city and is also the capital of the Central Province. Kandy is the home of The Temple of the Tooth Relic (Sri Dalada Maligawa), one of the most sacred places of worship in the Buddhist world. It was declared a world heritage site by UNESCO in 1988.
Things to do in Kandy 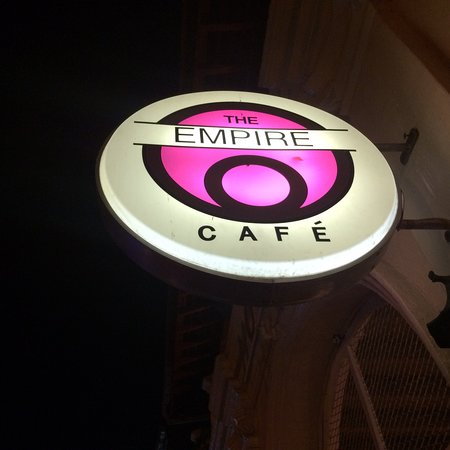 Very conveniently located in centre of Kandy right next to Temple of the Tooth. This restaurant in Kandy is ideal place to relax in an iconic building overlooking a UNESCO heritage site. Open all day and serving quality coffee and teas, smoothies, juices, breakfast, salads, Sri Lankan curry, soups, delicious sandwiches, pasta, cakes and snacks. Free WIFI and TV.

The place itself is really nice.
We ordered two chicken curries. All of which was nice, chicken portion a little small. The roti we ordered arrived after we ate. We wanted them with the curry and after a few conversations back and forth they removed from the bill. I was happy that they were reasonable with the issue. Would go again. 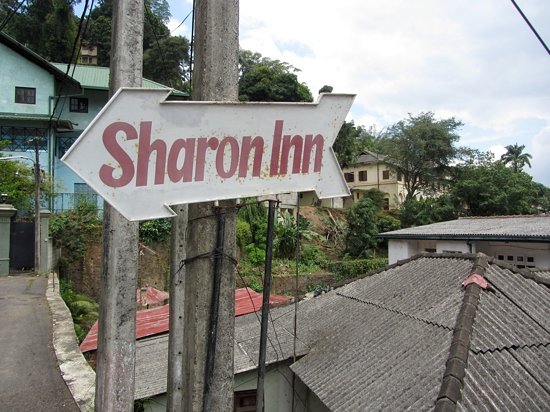 We were surprised by the arrogant and slightly hostile waiter. It was difficult to understand what provoked this behaviour. As it only got worse even we didn't stay to taste the food. Facilities are run down but the views are amazing. Doesn't make up for the service however. 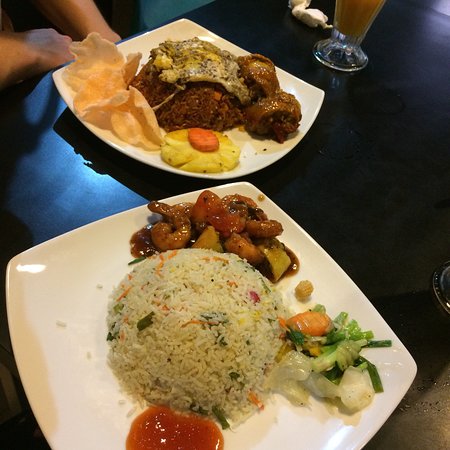 Food was excellent and of American portions...i.e. one plate feeds two normal people. I had the cheese and vegetable rice with a roti, very delicious and filling. Everybody at the table was very satisfied with their meals but only disappointment was the food waste, not cool (the only reason I didn’t give you 5 stars)
Juice bar was also excellent and we all had and enjoyed exotic fruit shakes.
Prices are very reasonable and for five meals and five shakes and five happy customers we walked out with a bill of 2500R. 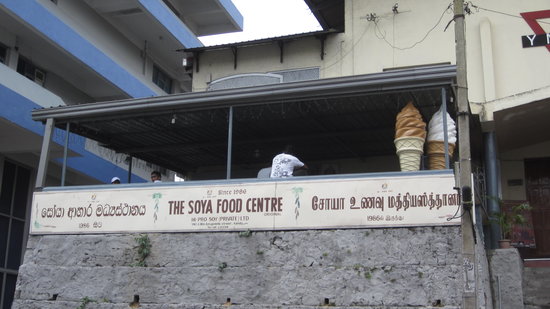 Sells a collection of novel short-eats made with soy, such as wades, and roti rolls and sandwiches filled with soy sausage. The biggest attraction are the vegan the generous soy soft-serve ice cream cones.The open-air counter high above the street is extremely popular with locals, though service is prompt. Also sells typical vegetable buns and rolls, and bulk soy products such tofu and tempeh can be purchased there. And exciting find for the dairy-free traveller. Trucks in Kandy also sell the so called "soy ice cream", in smaller portions, though the ice cream at the Soya Centre is the tastiest and has the best quality.

28 years in existence..and still going strong..having visited this place several times on various visits it always excites me with it's old time splendour and pioneering spirit of tasty soya milk ice creams.. friendly staff, many locals devouring spring rolls and other Sri Lankan fast...MoreThank you so much for your review. We are so glad to have such loyal customers who have always loved our products. 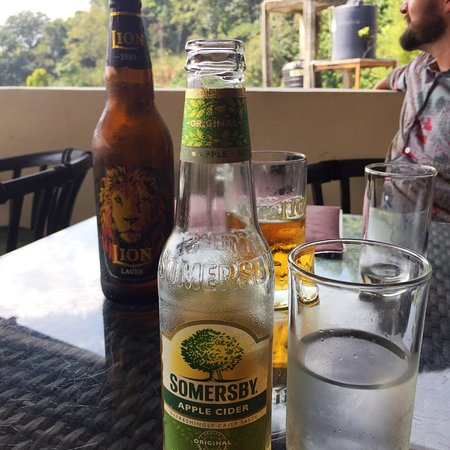 Ease on into the laidack vibes of Slightly Chilled Lounge.We have the best sunsets in Kandy town and offer, happy hour on beer between 5pm and 6pm, free wifi,live premiership and other live sporting events on a large screen, pool table, great food and friendly service.<br>Please note we are closed on poya days( full moon)and please call for any other public holidays or elections.

We stopped in here for a drink on our way to the Tooth Temple just down the road. We were actually too early for alcoholic beverages but the friendly member of staff explained this and was happy to serve us soft drinks.
We said we would be coming back for dinner after the temple and the member of staff offered to reserve us a table on the Terrace. As promised, when we returned there was our table right at the front with fantastic views out across Kandy and the Lake.
We had some delicious Chinese food and some ice cold Sri Lankan beer. The food was really rather tasty with decent portion sizes. We stuck around for a couple of drinks after dinner before heading back to our hotel.
Definitely recommend this place. The food was great and the staff members very friendly. Prices were reasonable enough, though not the cheapest place we ate by any means. 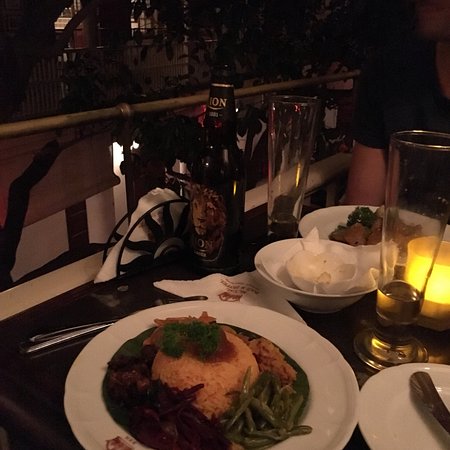 Went for breakfast here in the morning which was devine... Great service, not bad food and a fantastic atmosphere whilst sitting on the court yard veranda. On the back of this we decided to return for supper. This time we sat on roadside veranda. Menu received but as it was so dark we only ordered what we could read. When received, the ordered Thai red curry with noodles was more a prawn korma and the chicken curry could not be identified in this barely lit area as to what was being consumed. Most was left. Shame. Beautiful place. 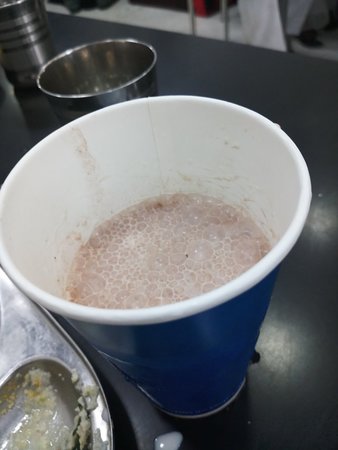 Balaji Dosai is a unique, concept restaurant in the heart of Kandy, a beautiful heritage in the city of the Central region of Sri Lanka. Balaji Dosai is a Indian vegetarian restaurant. The restaurant is modern and trendy and serves up a single cuisine menu including some of the best dosa&apos;s in town as the name speaks for itself. What&apos;s more than a dish cooked right in front of you.

No complaint about this place apart from the chapati being a bit thick and hard. Dosai were delicious! Definitely recommended We have missed coffee since being in Sri Lanka (typical brits!) and looked forward to coming here. The coffee was great and I loved the fact the waitress told you timings so you knew what to expect. Very fast and good WiFi (again typical brits) and the cleanest toilet I have used since being in Sri Lanka par my hotel. Good service and enjoyed the fact you are helping local farmers in the process. 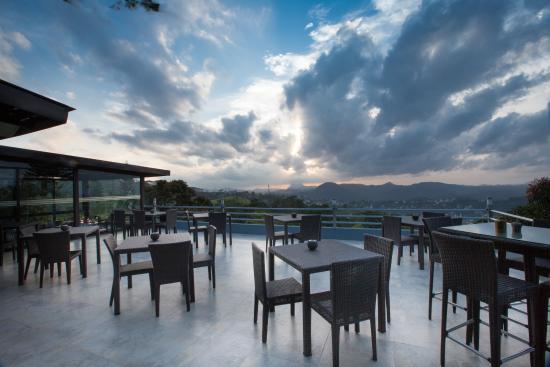 Theva Cuisine offers globally-inspired cuisine creatively prepared and presented by chef and his team. Feast on gourmet meals as we present a range of culinary delights bringing a fusion of the east and west. Our winning formula is based on providing guests with an exceptionally personalized level of service combined with exotic 5-Star cuisine.

The restuarant is located a small drive from Kandy town up into the Hantane Mountains. The view from the top is stunning. Absolutely breathtaking. If you're going for dinner, I would recommend you go early, before 545pm so that you can enjoy the view. If you're going for lunch, you can enjoy the view the whole time.
They have an array of juices & drinks to choose from. The service is 1st class with friendly & smiling attitudes from the servers. The food takes a tad bit long to come. However, it's a wait I'm willing to wait, because the food is delicious. Very well prepared. The desserts are also tasty.
I highly recommend the seafood platter or the crab dish or the jumbo prawns dish. Mouth watering!!!
Will definitely visit again.
Some people might say that the food is expensive when they see the bill, but the final bill includes 3 different taxes of 10% + 15% + 2%
This is common for almost all restaurants in SL now. 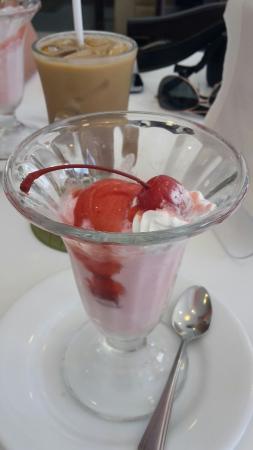 A/C, nice decor, very clean, fantastic service; I haven't seen service like this for a while. They have clearly had excellent training.
Wide variety of food and yummy coffee, juices and food. WIFI worked well. We visited for lunch then returned for coffee and we'll visit again on our return trip to Kandy. Definitely work the short walk from the temple. I highly recommend this place.