The 5 Best Things to Do in Fes-Boulemane Region, Morocco

Fès-Boulemane (Arabic: فاس بولمان‎ (Ǧihâtu Fās - Būlmān)) was formerly one of the sixteen regions of Morocco from 1997 to 2015. It was situated in northern Morocco. It covered an area of 19,795 km² and had a population of 1,808,295 (2014 census). The capital was Fès. In 2015, it expanded Taounate and Taza Provinces (formerly from the Taza-Al Hoceima-Taounate Region); and Meknès Prefecture and El Hajeb and Ifrane Provinces (formerly from the Meknès-Tafilalet Region) to form the Region of Fès-Meknès.
Restaurants in Fes-Boulemane Region 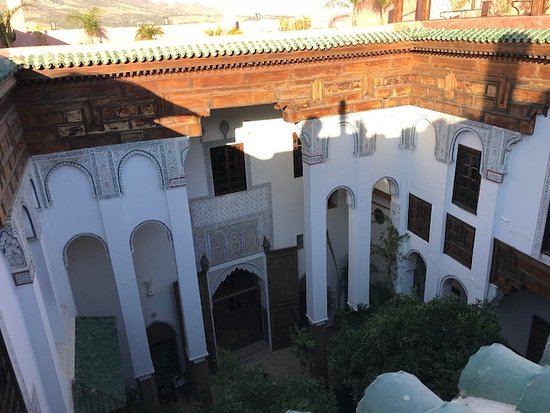 The city’s ancient quarter is an intricate maze of streets lined with open markets, shops and mosques.

Fabulous...! From the world-famous (and moderately odorous) leather tannery to exotic (to us) food stalls to the best mint tea we had - the Fez Medina is truly a remarkable experience. Think in terms of thousands (literally) of small, winding, unnamed, and often vigorous alleyways, walkways and occasional streets, that grew largely organically over hundreds of years. To get the most out of this experience, we would recommend hiring a guide. Our tour included sampling many of the very interesting (and tasty) foods - including preserved beef, some just-cooked wonderful stretchy bread, figs, other sweets, pickles - and a honey tasting of a dozen different honeys. Not far from tannery is a small mint tea shop, which made (without question!) the best and most interesting mint tea we had in Morocco - the shop consists of about 4 stools, a small bench, a wonderful, large copper pot, a small burner - and the fabulous and personable proprietor. Delightful! The tannery is quite a visual (and, um, fragrant) experience. Truly one of the highlights of a Moroccan experience! 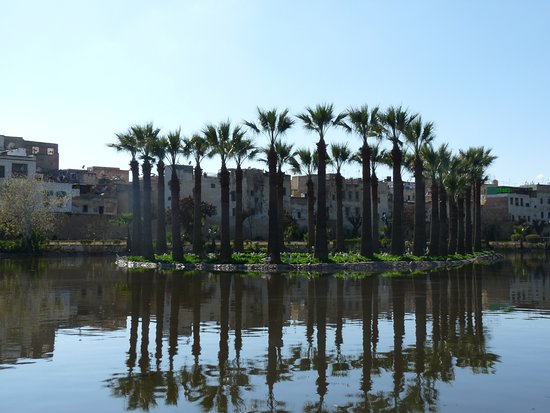 We found this park on a list of recommended places to go for a run in Fes. While it's very pretty and well-kept, it's small with winding paths and definitely not great for running. It would be nice to visit for an escape from the busy medina and a peaceful walk on a warm day, though.

We decided to visit here after Reading some of the reviews here and we were pleased we did. It gives you an insight into how the buildings can look so nothing special on the outside to stunning on the inside. This places requires some imagination as to what it looked like in a past life. It is decorated with rather old student bedsit type furniture. Inside is a beautiful, decaying building which would have been marvellous when in its glory days. For 50dh the lady gave us a tour and explained in English the main history. Worth a look around if you are in the area. Also in the harem was the most friendly of cats I don't think she gets much attention say hello to her for us if you see her. 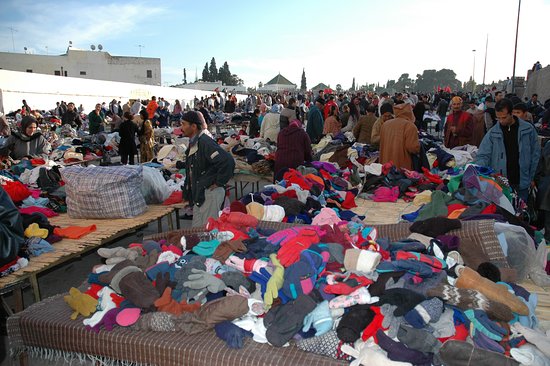 Fes has an awesome Medina, which is steep in places, Thousands of alleys to explore. We found ourselves lost on numerous occasions (not that the other half would admit to this) - we'd always ventured away from the main area and I have to say it didn't always feel safe. So many people trying to help you and guide you and we ended up at dead ends more than once!
The tanneries are interesting experiences from watching the leather hides transformed into beautiful items, but also the traditional, smelly methods of getting to the finished hide. Enjoy the rooftop views from the cafes and attractions. 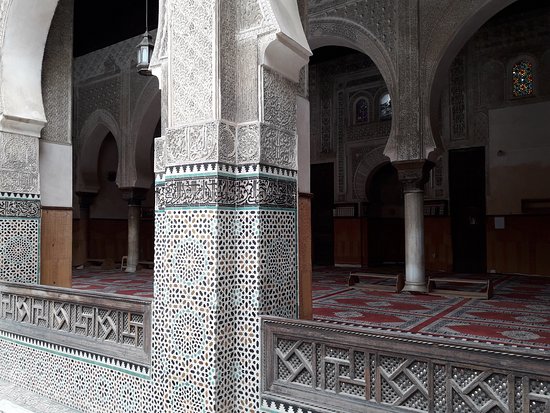 Inside the medina, this medersa is possibly the most beautiful and interesting building to visit. It's also a calm oasis inside the craziness of the walled city. There is a fee of MD20 to visit (about $US2) but it's well worth it. Cash only.