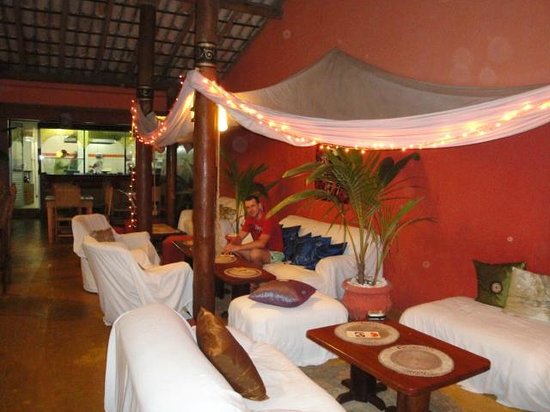 The Alamaim Restaurant specializes in Arabian cuisine. More than that, it seeks, through its preparation of food, to use natural products that don&apos;t harm the environment and that provide health to its customers. We believe that eating goes beyond just nutritional needs. Besides offering healthy, fresh and tasty food, we also aim to create a warm and relaxing ambience in which to enjoy your meal. All this at an affordable price for what surely will be a special moment.

I'm shaking with anger just writing this. I walked in the front door a solid hour before closing time and was promptly ignored by the entire staff, at which point I should've just left, but I had read good reviews about this place, so I chalked it up to a busy night and decided to grab a waiter's attention. I was alone with a good book to read, which is how I sometimes prefer to eat dinner. I got the waiter's attention and asked him if there was a table for one available. The place was pretty packed, but instead of letting me know there would be a wait or whatever, he actually LAUGHED at me, looked around, and then said "Don't you have any friends here?"
When *I* myself (NOT the waiter) spotted a table out front that was only being used by a couple of non-patrons (or patrons with another table elsewhere, unclear) to balance their cocktails, I asked for that table and he gave it to me. Nope, should've left. I ordered a cocktail, a seltzer, and a vegetarian platter (hummus, falafel, etc. -- typical APPETIZERS in middle eastern food. You know, things that come quickly when you order them, usually). The cocktail came around 20 minutes later. No water. I asked for the seltzer again. That came promptly, fair enough. I watched people from at least 2 other tables approach the manager/owner (?) to complain about various things (mixed up order, something being "disgusting"), and I watched her make excuses which just made them angrier. An hour into waiting for my appetizer platter, I asked my waiter what was going on that things were taking so long and if this was normal, and he said it was normal, just a busy night. There was no line outside for a table or anything, just a full restaurant that doesn't have it's act together. I told him that was NOT normal for a restaurant, and he just shrugged. AN HOUR AND A HALF after I first sat down, my food FINALLY came. It was reasonably tasty. Everything was fresh. The portions were pretty damn small though, and I had waited NINETY MINUTES FOR AN APPETIZER PLATTER.
The kicker, though, was when I went to ask the manager what was going on and why things had taken so long. Her response? "Everything here is made to order." "Yeah," I said, "but that's still no excuse for an appetizer platter taking 90 minutes."
Her response?
"You should've come earlier."
YOU SHOULD'VE COME EARLIER.
Unbelievable.
The only good thing about this restaurant was that I got a chance to read most of my book.
Oh yeah and the bathroom trash bins, even ones OUTSIDE the bathrooms by the hand sink, right in the middle of the restaurant, were overflowing with toilet paper and paper towels, and the kitchen was piled with dirty dishes, while Waitstaff stood around looking like they had nothing to do. 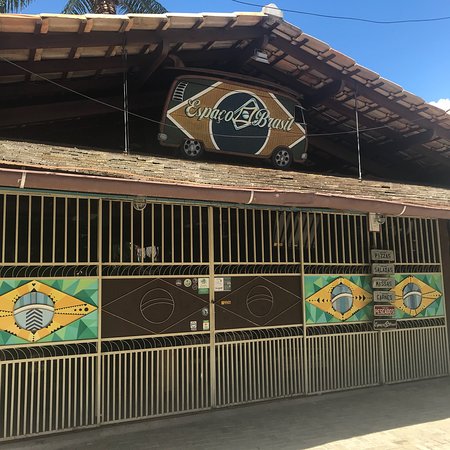 We started our trip as north as Fortaleza and worked our way south in Brazil. I'm a pizza junkie and I'm a vegetarian (ok, pescatarian) and my boyfriend a carnivore. This place catered to both kinds and offered a split toppings option for the equivalent of $1 usd. We were generally disappointed with the pizza in Brazil until we came across this place. It's wood-fired oven pizza and it's DELICIOUS. We liked the staff, the service, the location and the of course the food! If you're going to eat at one pizza place in Itacaré eat here!
ps. We ate here three nights in a row. Like I said, I'm a pizza junkie! 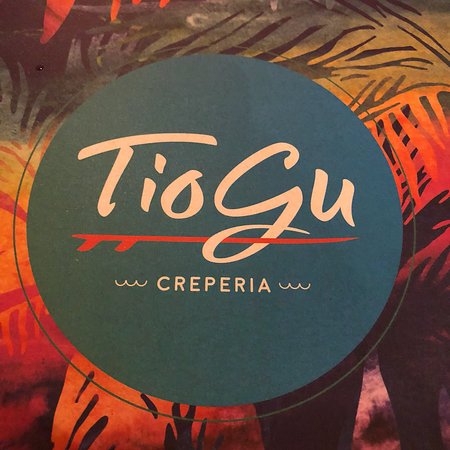 Absolutely fantastic crepes! The guys in there know the knowledge of a good crepe is made, love the way they put a signature sign or drawing on each crepe based on their knowledge of their customer e.g. tourist from Ireland, they drew a Ireland flag on it...and I only said 2 words to them! 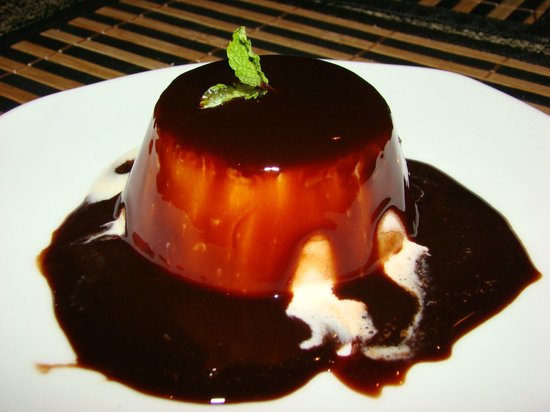 We cam in a large group and they were not prepared to handle it. The food was mediocre and it took much to much time. We were starved. they mainly serve pasta and pizza. The pizza was large and good but the the meat dish, the entrecote was mediocre. It was thin and folded in two to make it appear thick. 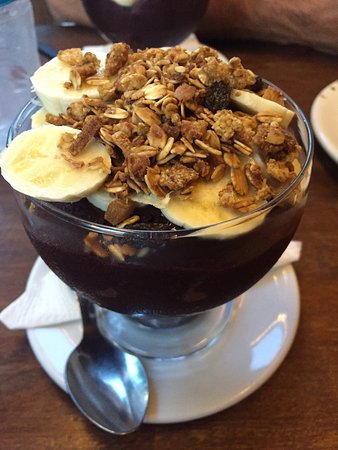 Caramelo Café has just celebrated its 10 years anniversary and surprised its loyal customers and tourist alike with 50% promotion on all coffees and cakes. It is a long running establishment ( for Itacare standards). The espresso was well made and good, mine choice of banana and chocolate cake was fine but nothing special ( but there was large selection of cakes. Place is small with 3 tables inside and some outside. Its pleasant enough but not a type to hang out for long. It is centrally located, at the beginning of Pituba street, open long hours. Coffee prices are reasonable but not great compared to other cafeterias around. 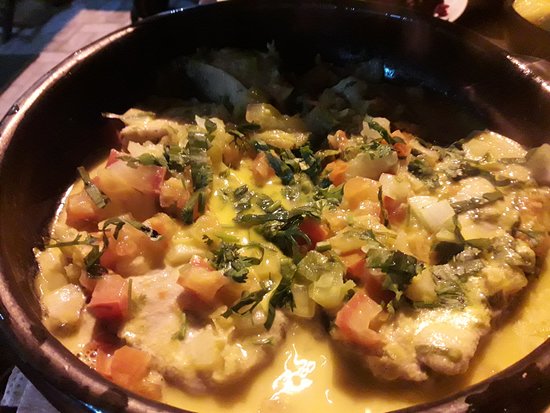 Brazilian style restaurant, good food, and friendly staff. The works, meat, prawns,or fresh fish with rice, beans, salade and farofa. We ate twice at this place. Good value, very busy, one dish serves two ( and actually even more people ). The picanha meat is really good, especially for the price. Little point for improvement: the 'caldo' of the feijao could have been a little thicker. 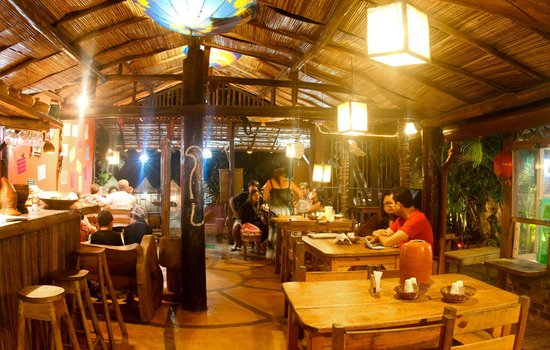 Reviewed By Thomas B - Salvador, BA

I spent 24 days in Itacare at the beginning of 2013 and I went to this very nice restaurant three times. It is well worth a trip there to try the dishes on their extensive menu. I have lived in Brazil for a number years, so it takes a very good restaurant to impress me with their typical Bahian food. We tried the fried redfish, and a couple of the traditional moquecas.
The restaurant is clean, with a very nice interior design. The woman who cooks the moquecas does so from a glass enclosed kitchen, over a wood fire with the traditional clay dishes.
The only word of caution is to be patient. The cooking cannot be hurried and Itacare is not known for being a busy, cosmopolitan place. We spent about 45 minutes each day waiting for our food to be prepared and served. (This is where a nice cocktail can help you cope with the waiting...) This place was a blessing in disguise. During my second week in Brazil my rock solid tummy was in need of some good healthy food, similar to my diet back home ;) Dont get me wrong the cuisine in Brazil is brilliant and I like it very much but I just needed a break from the fried and heavy stuff. The restaurant itself is small with a great ambience. The service was prompt and they even had menus in English for Travelers such as me who struggle with Portuguese. Their food has an Indian twist to it and I could relate the flavors to a lot of the food that Mum made at home as a kid. I typically stuck to the plate of the day but the eggplant and soy burger was pretty good too.. The plate of the day is a proper meal with consists of a lentil and rice mixture, a salad, a special item which changes daily, a coleslaw of sorts and some yogurt with roasted cumin (very tasty). I must add that the coffee here was pretty good too.
We need a restaurant like this back in Vancouver! Simple, healthy, like home cooking, veggie food. Try it you won't be disappointed! 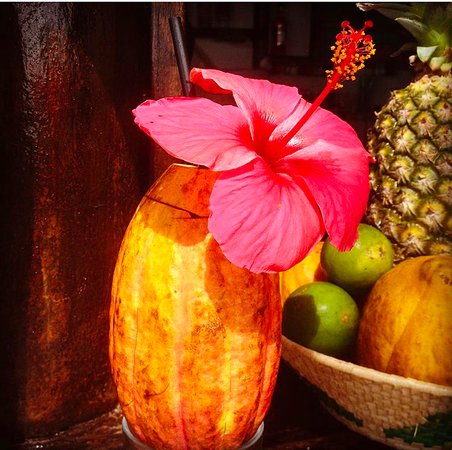 Cabana Ariramba is a seaside restaurant, located at Praia da Concha. We serve Bahian food and we have vegeterian and veggies options. If you are in Itacaré, cama to visit us!

After a boat trip we arrived here to take a beer and maybe lunch . They have music ( not alive ) , a very good Wi fi . The sellers of art crafts or nuts are a little annoying, but the view is ok...MoreThanks for your evaluation! We are very happy, that you had a good time with us! :) 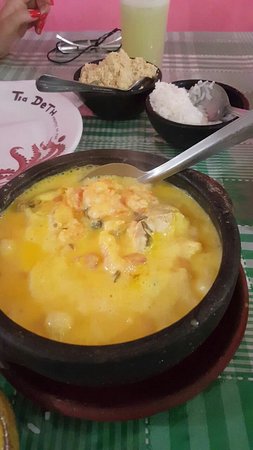 Best food! The place is really simple and clean. If you look from outside you would have never imagine that the food is so great. The "farofa" is amazing.