We spent 14 nights in a nearby hotels All Inclusive but ate here almost every other night.Having eaten at the #1 and #2 ranked restaurant first we hadn't been impressed but were so glad that we found this place.Staff are amazing, friendly and made us feel comfortable from the 1st time. Never felt pressured to revisit when walking passed but often stopped in for a beer even if we weren't eating.We did not have a bad dish while we were there and, when asking questions of the menu, it was refreshing to receive honest feedback on some of the dishes and given alternatives were they thought we would prefer.Our two boys loved the attention and high fiving everyone whether we were stopping in or not.There are previous reviews for here connected to the hotel but this is a separate venture and I am glad they have been able to get this page up as i really think their hard work goes under the radar when linked to the hotel.Finally, the music every night is very good, light hearted and was a chance to see kids and adults a like from many different countries have a dance and a sign song.Thanks to everyone there for helping make our holiday so good. We will be back 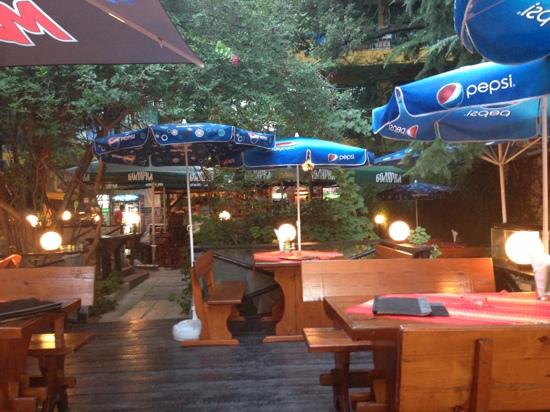 Restaurant Exotic is traditional bulgarian restaurant .We have many various of fresh fishes and seafoods from Black sea .We offer too delicious soups,pizza and spagetti.The staff speaks English,German,Russian,Finish and other. We are already working 15 ye

We went there four of us - two kids, two adults. The latter two spent a considerable amount of time running after the younger child, so that she would not injur herself while roaming around in her unending search/stare/pet of the on-site animals = some birds and a big, white rabbit, all caged, plus a small-to-medium aquarium.The place - that you reach after climbing a few dozen rocky steps - is very retro-like, even without the countryside outfits (the waiters borrow the style) and tools inside the actual restaurant building. The TV outside was playing MTV-istic, generic contemporary music, but the actual sound was coming from some compilation on a CD or online, blasting early 2000's hits.They advertise a free drink per person, but you have to choose from Martini - I never do Bond when in vacation & driving - and some dubious liquid they dub "lemonade". I know what lemonade is. I actually made fresh lemonade with my very hands, even several times this holidays, in a few joints around the area - I swear (you'll read about this in my upcoming reviews) -, but this was just a synthetic product, so I vetoed it. Bottom line, we got water (I suspect from tap), and a 0% alcohol Zagorka - that I paid 3.50 leva for. So much about freebies.The sailor soup was good - or so I was told by both my wife and my elder daughter, the latter having literally finished the last atom of it. 3.90 leva per portion (not very big though), a good price.The traditional bread with cheese (6,80 leva, forgot its name), freshly baked, was very good. Alike the steamed/natur mussels, which I also can endorse only by the other's comments. Oh, and the menu said "600 g" - I strongly doubt about the quantity.The pork with sauce (sort of escalop, I deem, judging from the mushrooms on top) was OK, not my favorite from the many attempts during the past 8 days. It was not bad, just a matter of taste. Almost no fat/lard on the piece, I really appreciated that. There was no side dish included and for the 15 leva I paid it seemed at best on par.We left about one hour and 45 leva later, plus several visits to the restroom, for washing our kids' hands after having petted the furry creature. It was just cold water running, be warned.My wife said it was one of the best meals she had during this vacation, so I am now leaving it to your own conclusions after paying a visit here. 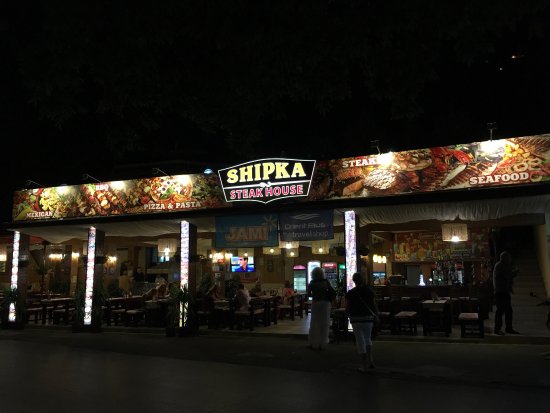 If you want to eat out. You must go hear.Brilliant choice of food very good prices and brilliant staff.5 stars 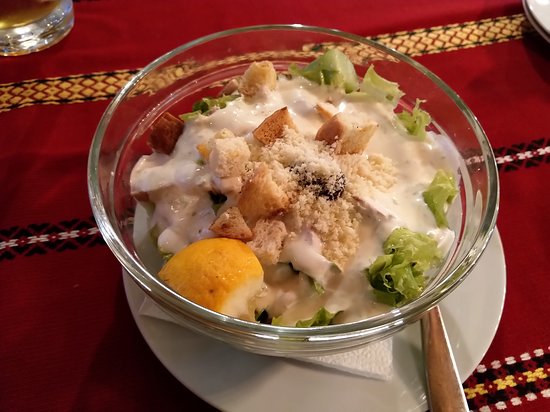 A steak house for me is a place that dedicates itself to making good meats. Looking at the menu, this place dedicates itself to make as many different types of food as possible. Pasta, pizza, fish, some bulgarian dishes, chicken and curry etc..etc...but failing at everything!We tried the meat and it was absolutely tasteless. The pepper sauce was a thin transparent goo. Fries were decent and beers for EUR 2 was nice.Waiter was nice at least. Pricing was on th high end comparing to other places in Bulgaria. They are making pizzas in a nice stone oven outside. Looks nice and smell nice. But ingredients are standing outside all evening in the open and is not refrigerated. I guess bacterias die in the oven, but in my country places like this would be shut down immediately by authorities for that way of handling the food. Calling this a steak house is an insult! But again, they are trying to lure the tourists in. It is beyond my belief how anyone can rate this with 4-5 stars. Says a lot about the people that go to Golden Sands. So unless you are that kind of person, then please don't go to Golden Sands. 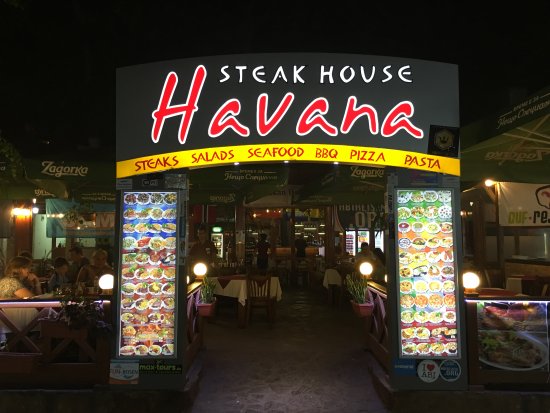 Welcome to the great atmosphere of Havana, perfect service and the greatest variete of food and wine at once! Ask for your personal discount and enjoy your time, best food and happy hour coctails!

All waiters and waitresses was very kind and service minded. Nice touch to finish up the steaks at the table! The steak was perfect!Our kids liked the food and desserts except the Red velvet cake that was still frozen when it arrived.Plenty of choices on the menu and reasonable prices. 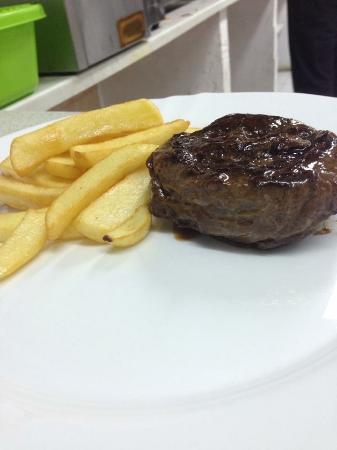 We found this great restaurant to eat and we kept coming back our entire time in Balchik. Great service and excellent food, tasty and generous portions, for good money value. We tried the salads, the meats, soups, grills and even desserts. Everyting was excellent. We highly recommend this restaurant. Working hours: 10:00am - 11:30pm. Seats: 320. Location: centrally located. Credit card payment available.Free Wi-Fi in the restaurant."Poco Loco" is a steakhouse in the center of Albena, 150 m from the beach. It disposes of 320 seats in an open air terrac