Top Things to do in Province of Burgos

Top Restaurants in Province of Burgos

The province of Burgos is a province of northern Spain, in the northeastern part of the autonomous community of Castile and León. It is bordered by the provinces of Palencia, Cantabria, Vizcaya, Álava, La Rioja, Soria, Segovia, and Valladolid. Its capital is the city of Burgos.
Restaurants in Province of Burgos 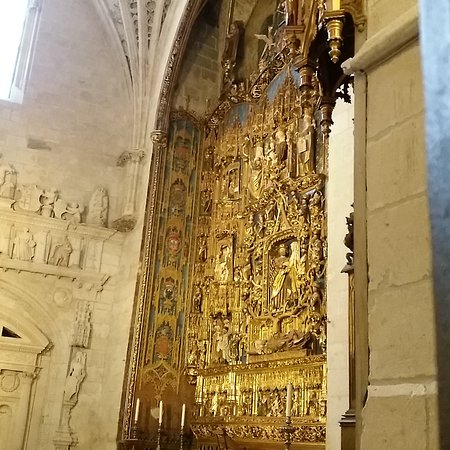 This Cathedral is a jewel in the quite city of Burgos. On the way to Santiago this church impressed visitors as soon as they reach the square.
Inside the church is absolutely perect to be like if it was made by angels.
Try to find a funny clock in a corner... amazing masterpieces. El Chid burial place and a beautiful museum underground.

This is one man's folly like Port Meirion in Wales. An enthusiastic lover of his local patrimony has searched through demolition and recycling sites to rescue buildings and artefacts which were being thrown away and he has brought them all to this one place to save them. They have been reconstructed into a small town like experience although they are mostly facades. A few of them are actual rooms or spaces, like the boys' school room, a small bar and a couple of theatre like spaces which look a lot like miniature versions of Shakespeare's Globe.
We were taken here by our hostess as it was just a couple of miles down the road from where we were staying. Apparently it took him years to get planning permission as the local authorities said he was building houses. Ironic as just along the road is an urbanizion with road infrastructure which has been abandoned whereas this place is full of life and potential as he is attracting visitors to the area and is stimulating artistic Enterprise and endeavour.
Anyway. Well worth the detour if you are in the area. 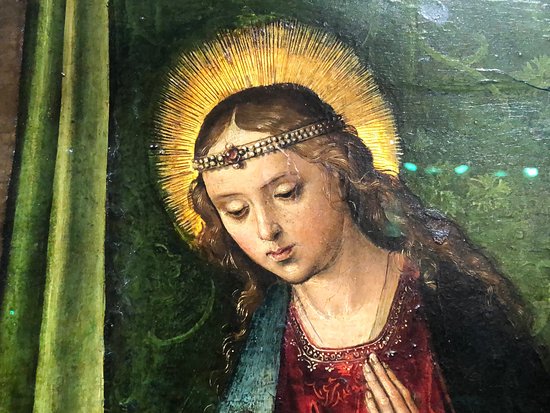 Miraflores was originally a hunting lodge built by King Enrique III at the beginning of the 15th century and then converted into a monastery by the Carthusian monks, who continue there today. The remarkable church is considered one of the principal monuments of the city of Burgos and contains a royal mausoleum that is the final resting place of King Juan II and his wife Queen Isabel, parents of Queen Isabel "La Catolica". Visitors can look forward to an extraordinary experience of silence, peace and beauty.

Free to enter, but donations accepted. Self-guided tour take about 30 minutes. Very pretty chapel. For me the highlight were the tombs of Queen Isabel's parents. It is just on the outskirts of Burgos about 15 minutes from the city center. There is free parking but can get congested depending on the number of people viewing the site. It is located off a small road that could easily be missed. 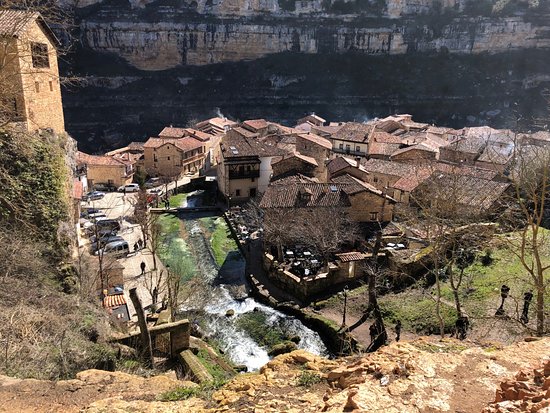 I had to make a choice: Burgos or Orbaneja del Castillo? (We were limited in time). I looked at pictures and decided Orbaneja del Castillo was way more prettier. It’s only 55 km from Burgos!
When we arrived we fell in love by this village surrounded by amazing Mountains. It truly looked like the Mountains were a natural fortress! Wherever we went inside the town, we saw part of the Mountains. The beauty was partly from the village, but especially from these amazing Mountains. The village is nestled in El Ebro valley.
We noticed some people on a hill within the village. As we explored the whole town, we found the way to this hill and had a total view over the whole region.
It the past, hardly anyone visited this village. No one had ever heard about it. However, now lots of visitors come in droves to visit this ideal place. It’s worthwhile the trek!
We stayed here three hours and wished we could stay even longer! The canyon is spectacular.
The walk to the waterfall, through the forest, is easy (route 42). we were there end of october. There's no water but the place is worth the visit anyway.
If you're in for a challenge and you have some time (2 hours) follow route 45 and walk to the other mirador on the rock 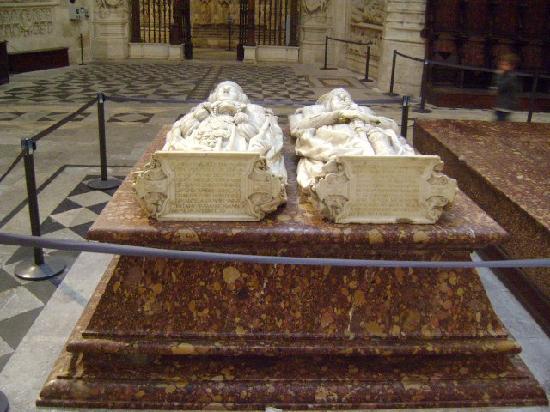 For art lovers and those who have an eye for the best, this simply is among the best. Please read about it before you go so you can truly appreciate what masterpieces this chapel contains. 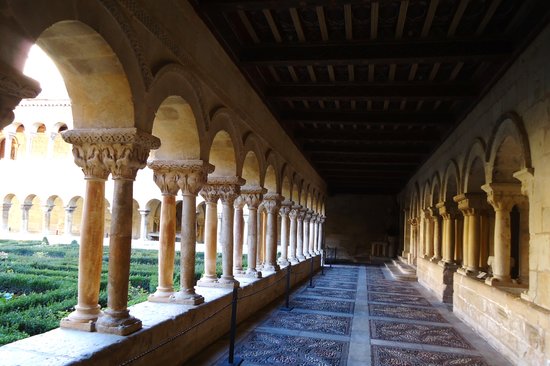 This beautiful monastery is over a thousand years old and is home to a group of singing monks whose Gregorian chants became popular world wide.

Wonderful architecture and statuary plus an interesting museum with some important artefacts. In the middle of the cloister the interesting Cypress tree which inspired the poem by Gerardo Diego which our group had studied prior to the visit. The surrounding village is beautiful. This is an excellent museum for kids to discover and learn about prehistoric Neolithic Man. There are lots of ways they can interact and see how stone tools were made, and what they were used for, different types of simple dwellings et cetera. For a small extra fee they have guided tours (in Spanish) mainly about the tools prehistoric Man made and used, and how to make them. It is a great way for kids to learn about this. 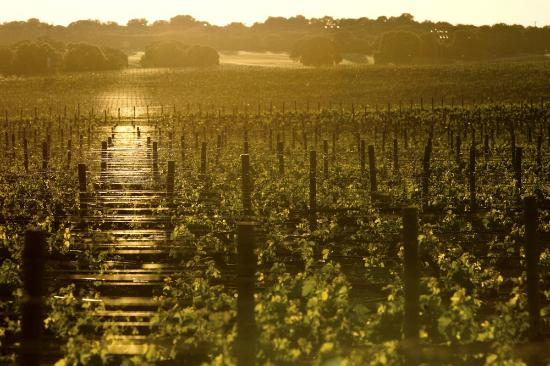 We visited the winery on a Sunday morning so unfortunately nobody was working other than our guide Camino. Nonetheless she was very friendly and knowledgeable and gave us lots of interesting historical anecdotes and scientific facts about wine production. Although the tasting only involved two wines, they were well contrasted and their qualities were analysed from all different aspects. 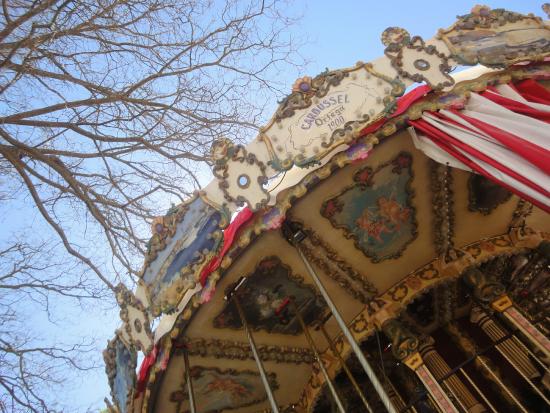 There is so much to see. We engaged a professional guide which was money well spent as there is a treasure around each corner. It is not too crowded which given the architecture alone is unusual.