Alicante (/ˌælɪˈkænti, -teɪ/; Spanish: [aliˈkante]), or Alacant (Valencian: [alaˈkant]), both the Spanish and Valencian being official names, is a city and port in Spain on the Costa Blanca, the capital of the province of Alicante and of the comarca of Alacantí, in the south of the Valencian Community. It is also a historic Mediterranean port. The population of the city of Alicante proper was 330,525, estimated as of 2016, ranking as the second-largest Valencian city. Including nearby municipalities, the Alicante conurbation had 452,462 residents. The population of the metropolitan area (including Elche and satellite towns) was 757,085 as of 2014 estimates, ranking as the eighth-largest metropolitan area of Spain.
Things to do in Alicante 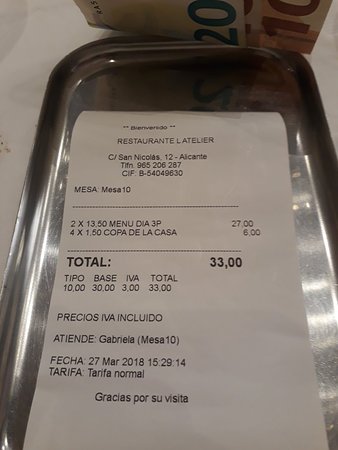 Four of us visited for lunch. We opted for the set menu Del Dia. First two courses were very good third course and main were ok. Nothing wrong with them but felt a bit let down as the starters were good. Service was acceptable not spectacular so all in all mediocre. May be tempted to go back but their is so much choice the need to up it a little in my opinion. 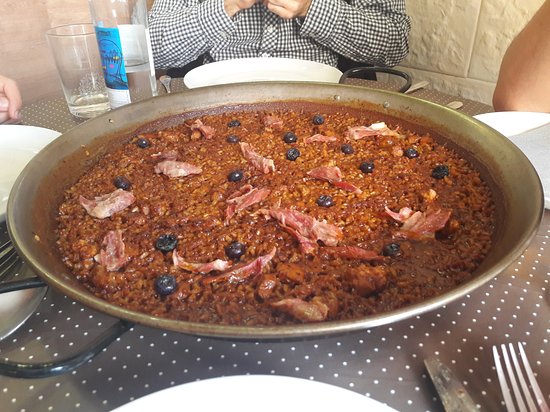 We enjoyed a lot the special cooking of Estiu. This is with the traditional rice plates (arroces) what they offer but with a different type of ingredients.The result is really good. The place is simple because this is not a restaurant but more a tapa...MoreGracias por su valoración.Nos alegra saber que contribuimos a sus vacaciones con nuestra gastronom ia. 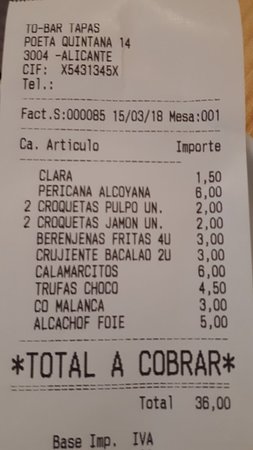 Reviewed By eveline44 - The Netherlands

We really love this little restaurant in Villafranqueza. They don’t have an a la carte menu but instead bring a number of small dishes to your table. Around 8 bites and one bigger main course. The value for money is excellent. We only pay around 32 to 37 euro for 2 persons including drinks. The dishes are typically Spanish and taste great without exception. Nothing too fancy, but honest home cooking style. Simple but very good. The place is always full, so it’s recommended to make a reservation. 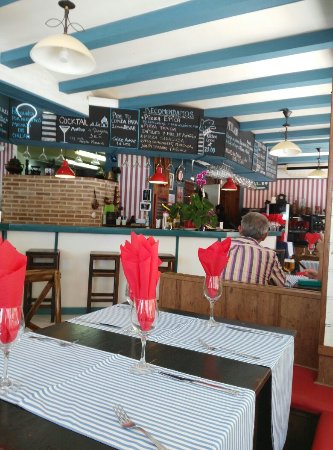 Authentic Pizzeria Italo-American in the center of Alicante City. Decorated in the style of the 40s and 50s in Italy evokes the port of Rome. The jazz and swing music will accompany your stay.

My husband and I visited last night having been before on previous Alicante trips. We had the lasagne and ravioli with seafood - both excellent! We then had tiramisu and ice cream - also excellent. We ordered bread for husband and received a whole bread the size of a pizza ! ( he didn't mind at all ☺ )
The service was excellent so thank you to the young waiter. The owner was also there last night and he is a lovely man and passionate about his menu which shows.
Overall lovely experience and fantastic value 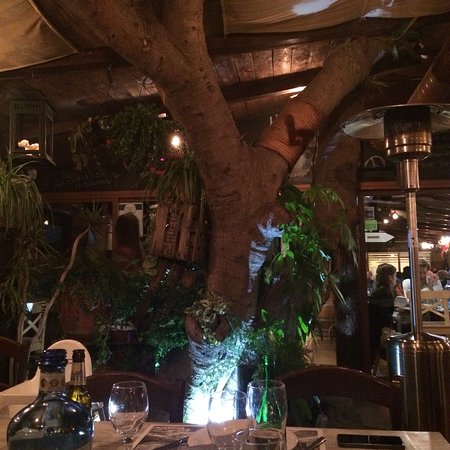 We booked the table on line and were given a window seat. The atmosphere was lovely and the hosts and waiting staff were excellent. We were the first to arrive in the car park, which is quite tight for parking, however, there was someone waiting in the car park to guide you to safe spot. Would definitely recommend this restaurant for fine dining but not OTT> 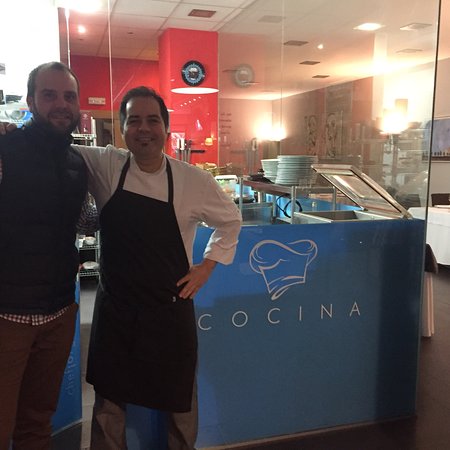 We selected Don Carlos Because it looked inviting. The friendly waiter told us that there were actually two restaurants in one, a gourmet section with fixed menus at 65 or 75 euros including drinks. Cheap by Danish standards! The other section was tapas, 3, 4, or 5 and appetizer and dessert, drinks included. We were medium hungry so we both went for 4 tapas. You don't select, just enjoy what the chef has decided upon today. And enjoy we did! A crisp salad with tasty apple and avocado, tuna carpaccio, fried sea bass, and tender pieces of pork, all with delicious sauce and garnish. We almost gave up on dessert, but the dream of a chocolate mousse wrapped in a soft chocolate sauce was just too good to let go. We selected wine with the dinner and had a glass of crisp, fruity white and two glasses of full-bodied red each. The price of this extravaganza was 35 euros each! If we go to Alicante again we will certainly come back, and with such a talented chef we will love to try the gourmet dinner. 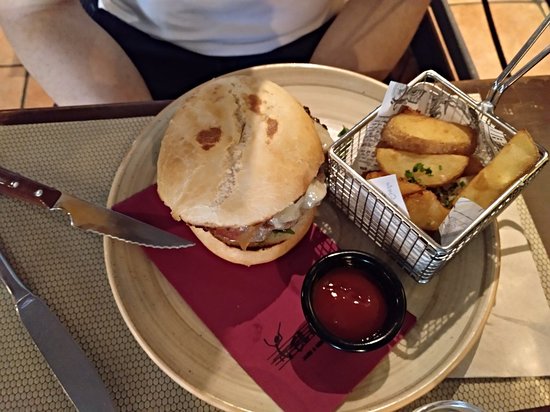 This is NOT a Jazz Club, it is not a Jazz Bar nor is it anything Jazz related, except the bar is decorated in Jazz pictures and cut in half instruments, unfortunately, it is NOT a Jazz Club.
You will NOT find any Jazz artists here. Not a musician in sight. They do play Jazz CDs, but no jumping, jiving, live Jazz musicians.
I stayed to enjoy the music from their collection of jazz CDs and a burger and beer, only because I had no where else to go. I knew of no where else to go. I tracked down this establishment via Google with the request to "Find Jazz Clubs near me". This little place popped up.
I planned my journey, working out how to get to this place across town over two bus lines in a city I do not know and in a language I don't speak, for me it's a bit of an effort, but an effort one must make when travelling, I understand that, but to be faced with this serious disappointment ruined my evening.
In short, the staff were friendly. The food was ok. The toilets had no toilet seat.
If anyone knows of a Jazz Club in Alicante, could you let me in on the secret, please? 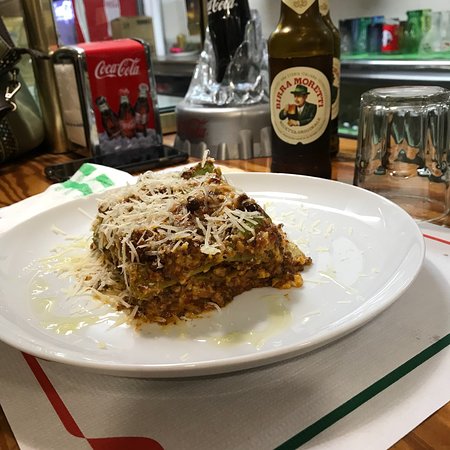 We stayed just outside Alicante and wanted something different to eat other than Tapas. Used trip advisor and found this place. Was not disappointed. Food is great Andreas and staff amazing. As English people eat with their eyes they might think the portion size is...MoreThank you so much for your visit, we hope to see you again. Andrea

This is the only and Traditional Thai restaurant in Alicante,Spain. Opened and operated by Thai owner and Kitchen run by Thai staff.We have been open just over 12 months and are situated in the old town of Alicante,near Saint Nicolas Cathedral. We would like to thank all of our customers who have supported us and enjoyed our food during the year. We wish you all a very Happy Christmas and New Year. This year our restaurant will close on the 20 th December and reopen again on the 1 st February next year. Thanks again and will see you again in the New Year

A small and very well run place. Friendly, attentive staff, good atmosphere and decent food. We had the shared platter for starters and, truth be told, although it was ok, it was definitely over cooked. Mains were far better, decent portion sizes and very tasty. Hopefully the over cooked starters were a one off. Will return. 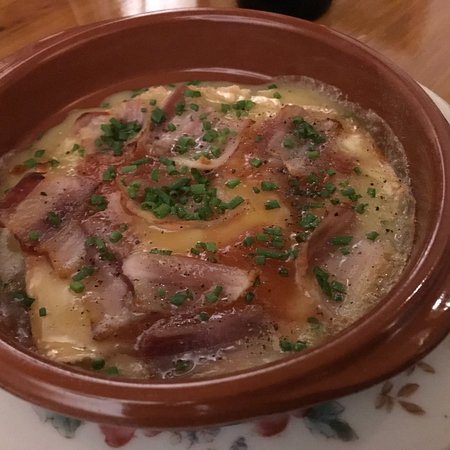 Somewhere unique where you can go on a French-inspired culinary voyage of discovery without ever leaving your seat. In a splendid traditional Alicantina-style house adorned with the owners&apos; trinkets, you can find traditional home-cooked French recipes such as Pate de Campagne, Soupe a l&apos;Oignon, Oeufs en sauce meurette, or Crispy Duck among other delights.In a familiar and confident environment you will enjoy the beautiful simplicity in an authentic urban refuge in the center of Alicante.

We visited this Bistro when our plans changed. It was serendipitous. This gets our first 5 star of this trip. The food, service and atmosphere are all excellent. For starters we had the onion soup and egg meurette..Both delicious. Followed by duck..One confit, served off...MoreDear customer, Thank you so much for your review. We are really happy about your experience and your perception. You have perfectly catched the essence of our project: tradition, quality, simplicity and love. We hope to see you very soon! Kind regards Àngels et Adrien