Where to Eat in Warrington: The Best Restaurants and Bars

Warrington is a large town and unitary authority area in Cheshire, England, on the banks of the River Mersey, 20 miles (32 km) east of Liverpool, and 20 miles (32 km) west of Manchester. The population in 2016 was estimated at 208,800, more than double that of 1968 when it became a New Town. Warrington is the largest town in the county of Cheshire.
Things to do in Warrington 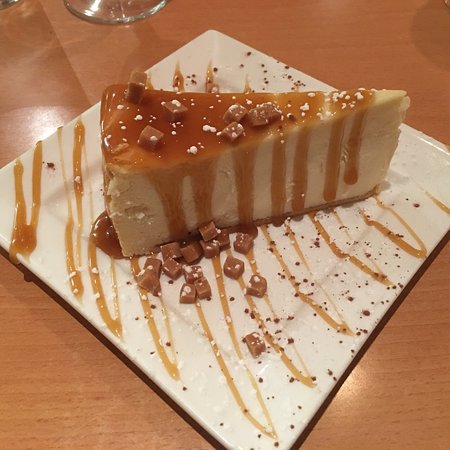 The menu at Delgados manages to cater for everyone whilst still remaining authentic. All their dishes are freshly prepared using local seasonal produce and in addition they import some extra special ingredients direct from Italy itself. It has a vast selection of main meals from the stone-baked freshly prepared pizzas, and authentic pasta dishes, to a variety of steak and poultry dishes, each made with locally produced meat of the highest standard and, to top it all, kids can make their own pizza.

Food, service and value is excellent at Delgados and we can never fault a thing.
Trio of bruschetta is something else.
We love coming here and the grandkids love it too, the staff are very attentive when they try and make their own pizza's - chef hats and colouring to keep them busy while the adults can enjoy the fun.
Very very friendly place. 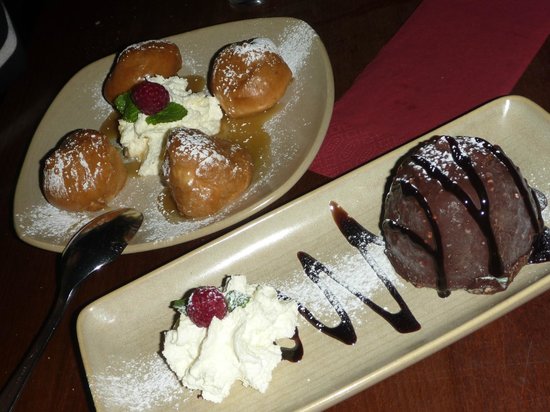 Been here a few times and always found the tapas are very good as well as representing great value for money. Staff are efficient and friendly. Casual and relaxed atmosphere.Thanks for leaving a review. Pleased you enjoy coming to us, we hope this continues! See you soon. 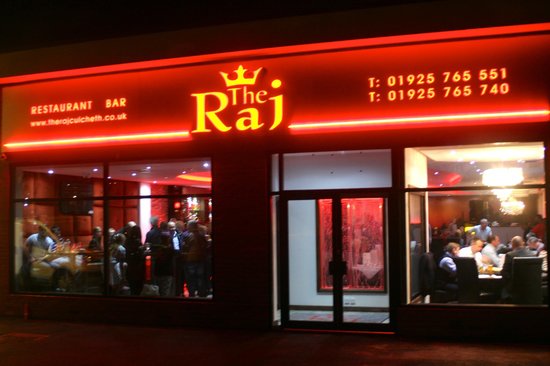 The Raj is a friendly Indian restaurant, serving fine, traditional cuisine to Culcheth for 15 years. Whether your just looking for a mid-week meal, or celebrating something special, The Raj is the place to be.

I live in leicestershire but my family are Warrington / lowton areas and my dad used to use Raj quite a lot until a more local indian opened near him. Every year we have indian for my dads birthday when up visiting and the last couple of years he has used the other one. As we were up last weekend, we decided to have indian as a treat and suggested the Raj as we could collect it on the way to my dads. Placed order not long after opening and was told 30-40 min. I ended up collecting after 20 min but i explianed i was early, however, it was ready and waiting. Great friendly customer service. I was greeted as i walked in, even though the gentleman who greeted me was half way through greeting a dine in customer. I was then greeted by each bar staff who saw me and asked if i would like a drink whilst i waited for them to get my order, or asked if i was being served. The gentleman that brought my order, held open the door as i left. The food was hot and tasty and my dad has said he will be going back to the raj again and not bother with his local take away. 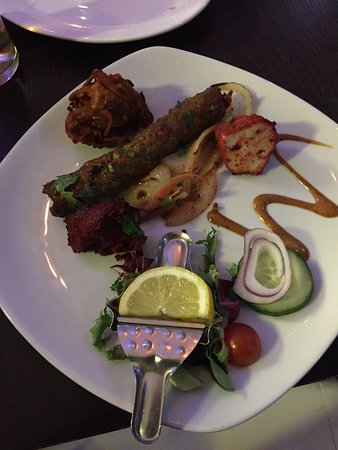 Cardamon is a wonderfully versatile restaurant which has hosted many high profile events including corporate dinners and social gatherings, cultural experiences and charity events. We maintain high standards & always thrive to making improvements where necessary. Our commitment has been awarded by numerous organisations and we thank everyone for their continued support.

Turned up on a Saturday evening without booking It was no problem was given a table straight away even though there were 5 of us. nothing was to much trouble and the food was amazing very tasty. our waiter Sab was very attentive will definitely...MoreDear sutcliffecj, Thank you so much for the wonderful review and rating. We are always pleased to hear from yet another satisfied customer. We hope to see you dining with us again in the near future, thank you.

5. The Grill on the Square 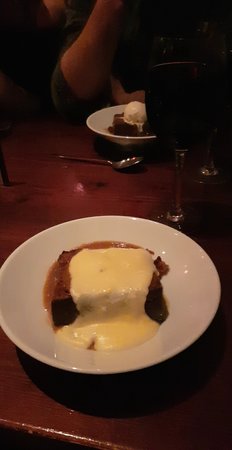 Having had a table booked for 12.30pm on mother’s day, we arrived on time & were seated after receiving a warm welcome. We ordered drinks & soon after ordered our starters & main meals. Pre starters, the tables around us were given little cups, with what looked like a soup in them. Our table were not given any. We were told our main meals (beef Sunday lunches) would take 25 minutes from ordering. Our starters arrived just before 1pm & after finishing our starters we waited 35 minutes for our main meals to arrived. When our main meals had been cleared away, we were presented with the dessert menus & told by our waitress that the manager had advised her that they needed our table in 15 minutes. She then helpfully pointed out the desserts we couldn’t order because they would take longer than 15 minutes. I was gob smacked. As a table of 4 who spent over £150, we were now being rushed off the table. We didn’t drag out the meal out & we didn’t arrive late for our booking. It’s the restaurants responsibility to allow enough time for people to dine. Don’t make customers wait 35 for a main meal & then tell them what desserts they can & cant have due to time limitation. We have dined at this restaurant 5 years running for mother’s day & never have we experienced such a sudden end to our meal. Better planning is needed in the future. Previous years also saw mothers presented with a complimentary glass of fizz, flower or small gift. This year, nothing. Overall a big disappointment on previous visits. We’ll take our custom elsewhere next year. 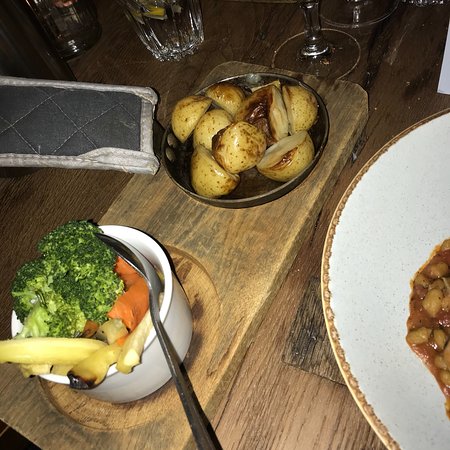 Nestled in a leafy South Warrington village, surrounded by boutiques and restaurants, our Stockton Heath bistrot finds itself in a vibrant, bustling location. Bistrot Pierre’s ‘raison d’être’ is great value French cooking and seasonal menus. We like to combine French bistrot classics such as steak-frites, boeuf bourguignon and tarte au citron with our own take on regional favourites like tarte confit de canard and paté de campagne. Our relaxed and friendly bistrot is the place to go for any occasion. Open seven days a week serving lunch and dinner and breakfast at weekend we have something for everyone, from the two-course prix-fixe lunch for £11.95 and a two-course prix fixe early evening menu for £14.95 to the sumptuous a la carte menu, and for those with little time we now also offer a one-course lunch menu for just £9.95.Wander through our distinctive French wine list too, with over 20 French wines sold by the glass you will discover something exquisite to drink with your meal.

We visited Stockton Heath last year and came across Bistrot Pierre, it was so good, we decided to visit again mainly for the restaurant. We highly recommend it and wish there was one nearer to home which is Stockport/Manchester. Any plans for one nearer than Altrincham. The food was brilliant and so are the staff. Make sure you have put enough money in the parking meter as the experience is so leisurely the time flies 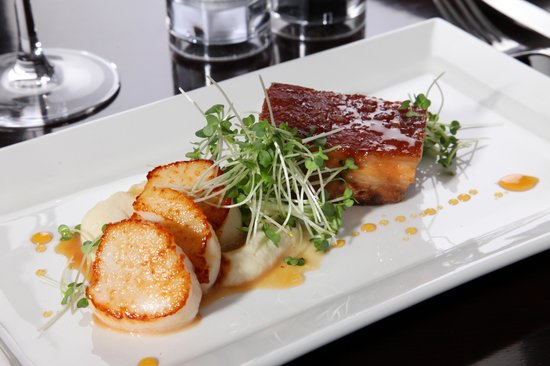 Our food speaks for itself as we pride ourselves on the quality, taste and presentation of the food we serve, as mouth watering dishes, scrupulous attention to detail and personal service all fuse to bring about the perfect experience.

8. The Little Box of Treats 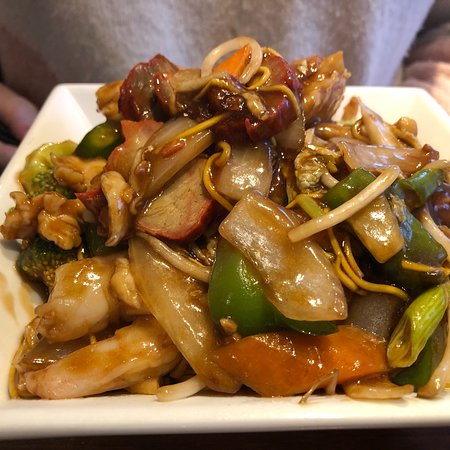 Visited last night for first time.....went on basis of TA reviews and it was a great experience. Definitely something different and not your normal Chinese. We has dim sum starter...prawn rolls were to die for, do I main obviously not out of the freezer and pork buns delicious. Won ton soup and mixed meat Singapore vermicelli were excellent generous portions and tasty. We bought cakes to take home which were lovely. Wine, teas and great service. A little gem. 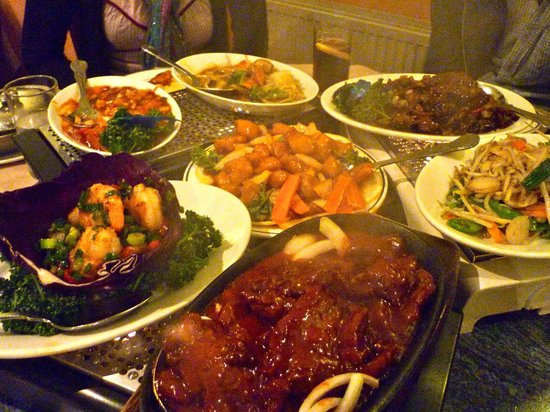 Had a midweek meal with business friends. The restaurant was near our hotel. We arrived to a bustling restaurant but we're treated to excellent service. Food was amazing. We shared a banquet for two and my vegetarian friend had a great selection to choose from. All cooked well. Will go again. 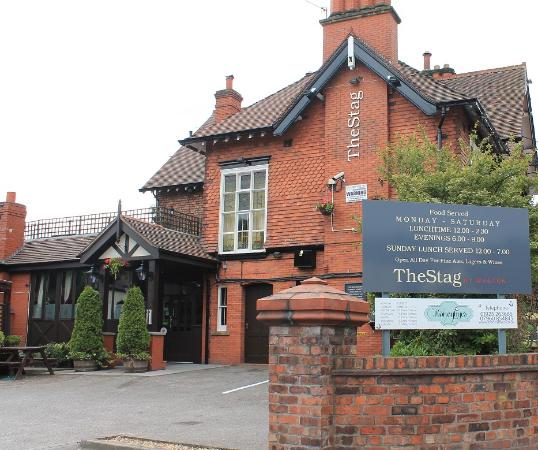 Didn't fancy the local carvary. Very busy when we arrived, but were served quickly and efficiently. Fantastic home brewed beers. Friendly, attentive and welcoming staff. To top it all a fantastic roast beef dinner. Definitely be back.Dear Ian T, Thanks for your great review. I can promise we are always better than a carvery for Sunday Lunch. Hayley