Where to Eat in Vitoria-Gasteiz: The Best Restaurants and Bars

Vitoria-Gasteiz (/vɪˌtɔːriə ɡɑːsˈteɪs/, Spanish: [biˈtoɾja ɣasˈteiθ], Basque: [ɡas̺teis̻]) is the seat of government and the capital city of the Basque Autonomous Community and of the province of Araba/Álava in northern Spain. It holds the autonomous community's House of Parliament, the headquarters of the Government, and the Lehendakari's (Prime Minister's) official residency. The municipality — which comprises not only the city but also the mainly agricultural lands of 63 villages around — is the largest in the Basque Autonomous Community, with a total area of 276.81 km (106.88 sq mi), and it has a population of 242,082 people (2014). The dwellers of Vitoria-Gasteiz are called vitorianos or gasteiztarrak, while traditionally they are dubbed babazorros (Basque for 'bean sacks'). Vitoria-Gasteiz is a multicultural city with strengths in the arts, commerce, education, healthcare, architectural conservation, aeronautics, vehicle industry, oenology and gastronomy. It is the first Spanish municipality to be awarded the title of European Green Capital (in 2012) and it is consistently ranked as one of the 5 best places to live in Spain. The old town holds some of the best preserved medieval streets and plazas in the region and it is one of very few cities to hold two Cathedrals. The city also holds well known festivals such as the Azkena rock festival, FesTVal, Vitoria-Gasteiz jazz festival, and the Virgen Blanca Festivities.
Things to do in Vitoria-Gasteiz

Restaurant strategically situated in the heart of The Vitoria Medieval. Its quality cuisine-specialising in grilled meats and fish, as well as seasonal produce. It has a Terrace in an incomparable setting.

On a recent trip to Spain we stayed in Vitoria for 3 nights and had a chance to visit nearby restaurants. Matxete was one of them where we went for lunch. Typical Basque cuisine with no special surprises pretty much sums up its menu.
Aside from that they have an English menu which was a good starting point, as well as an attentive service and tables located just outside the restaurant in case you'd like to sit outside on a fine day.
The bill totaled at 56 EUR for 2 diners; most likely the high-end in Vitoria-Gasteiz. 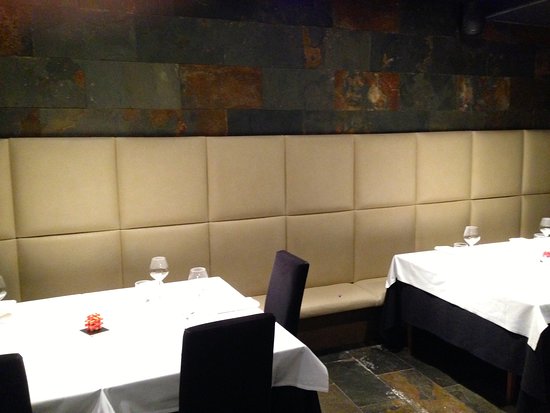 A friend who is a chef in the Basque Country recommended this, and we were NOT disappointed. The interior is nicely furnished, small, and intimate. The owner/host speaks good English, has a huge smile, and instantly makes you feel welcome.
There is no menu: you just take what they offer that day, with consideration given to food allergies, etc by the host. The presentations are excellent, and the food is firstrate: every course was just perfect! Vitoria is an interesting city, and this small excellent restaurant stands our among our many choices on a long recent trip to Spain. Highly recommended, would returnin a minute! 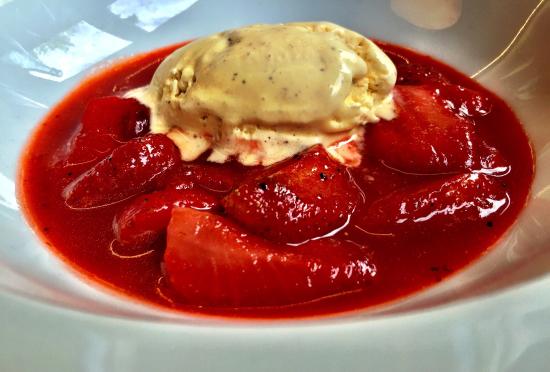 If you enjoy basic but delicious Basque/Northern Spanish food and do not care too much about a fancy environment, this is the place.
The traditional "txuleton" (big steak) is one of the best in the Basque Country, and at just 25 euros per kilo, a real bargain. The fish and sea-food are also excellent and very moderately priced.
Beware though, no English spoken...Still, well worth it!

A unique surrounding Ikea, which in Basque means little hill, recreates a forest inside. After the reform carried out by Javier Mariscal and Fernando Salas, the oak and other native woods, as well as the limestone, the granite and other unpolished natural materials reveal the grains, the knots, the saw cut .. . All textures have a formal imperfection which is nothing but the mere reflection of the quality of the raw material. You will discover a place that exudes rudeness and sophistication at the same time. Designed to enjoy Just after crossing the threshold, the visitor is immediately transported to a kind of animated forest. Over the tables, lively crabs illuminate and encourage conversations. And, while the food is important, the place helps you feel in harmony. The stone and wood engage in a dialogue that speaks of the natural, the primitive, the authentic... An unforgettable experience For over 30 years, a great dining function is represented in Ikea, where the team led by Inaki Moya, together with a setting like no other, make the restaurant one of the state gastronomic references. His cuisine, innovative, elegant, demanding, tasty and respectful of the product, transmits sensations and creates unforgettable moments.

We chose Ikea for a special dinner.
We chose the "Gastronomic Menu - 60€ per person", in order to try a little of everything.
The waiting staff were very attentive but discreet, filling wine glasses when needed but not hovering around the table.
The place has a very modern design and is a pleasant place for this type of meal, quiet and well spaced tables.
The food was good but at times it seemed that the chef was trying too hard. Too many different ingredients on the plate at times distracted from the high quality of the main item of the dish.
Would recommend the restaurant but I think there are better choices in the city.
The accompanying wines a definite hit, and the presentation beautiful but the menu needs a little tweaking. 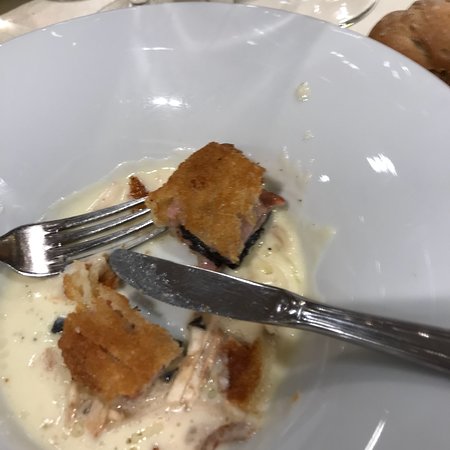 When you visit a one star restaurant you expect a gastronomical adventure combining fresh and tasteful products creatively combined in exquisitely presented dishes. You get all of this here. We choose the "Menú degustación OTOÑO 2016" combining 3 appetizers, 5 main dishes and 2 desserts and includes wines, water and coffee at an amazing attractive price of 63€. During our week stay in the Basque region, we never found a better price/quality ratio than here.
About the food ... What I really appreciated is the tastefulness of the dishes. In many star-restaurants, the culinary experiments result in too delicate tastes that often get lost after the 4th course. Not here, the tastes are fresh, explicit, delicious, ....
About the service ... After a day hiking at the Salto de Nervion, we arrived kinda under-dressed at the restaurant. Despite that, the welcome was very friendly and professional. The waiters did their very best to accommodate us. They used English and French to explain the dishes. The restaurant is chique and tastefully decorated but there's a coziness you do not find in most Michelin-star restaurants.
The restaurant has no private parking but we easily found a parking space in the streets nearby.
Tip: The pictures on the website are very realistic. They show exactly how you the dishes are presented (nov 2016)
If we return in the neighborhood we'll surely return to explore other menu's or eat à la carte. 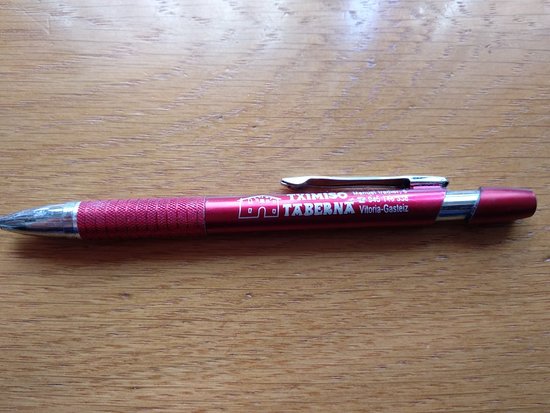 We called into the Taberna after arriving by bicycle in Vitoria-Gasteiz for a mid morning snack/tapas and from our initial entry we were greeted like long lost friends. The waiter behind the bar was very friendly and helpful and even though we have a poor grasp of Spanish he assisted us with our choice. We got talking to the owner (I think) and as we enjoyed our second coffee and tea he brought to our table a delicious example of a Basque tapas delicacy called Txangurro. We went to pay and the manager then presented us with our bill which was a fraction of what we had ordered - he said it was his pleasure to provide us with the tapas. Absolutely amazing kind and generous service. Thank you for making our visit to your beautiful city so memorable. 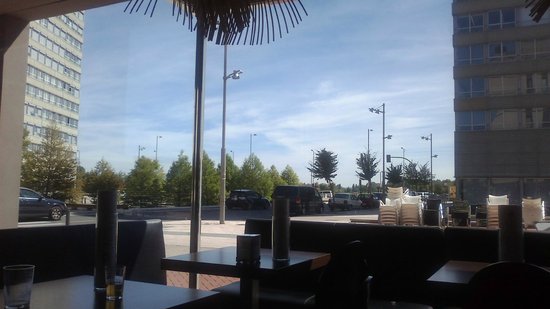 A place with a special touch. Enjoy a friendly atmosphere, and have a coffee, discover the variety of our tapas, or have our exquisite menu of the day for lunch at a cheap price. In addition the main entrance of the jewel of Vitoria-Gasteiz, the Salburua park, is just in front of us.

This is a tapa bar and restaurant. As the restaurant opens for dinner at 21.00 hours, for people that want a good meal earlier, this is the place to go. Very good tapas -snacks- good enough to compensate dinner. Well-maintained and good service, reasonably priced....MoreThank you for sharing your opinion about your dinner with us. We are pleased that you enjoyed it. The satisfaction of our clients is our main goal. We hope to see you again in case you come back to Vitoria. 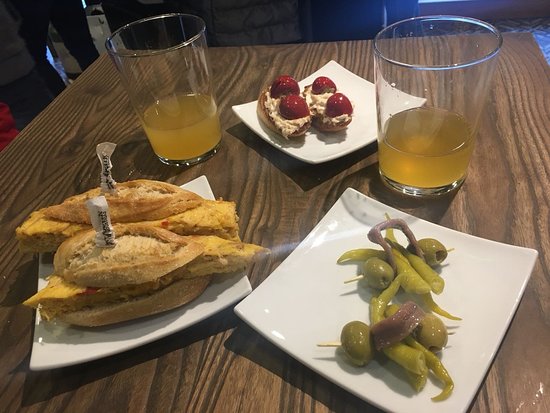 Food there was gorgeous. Cuttlefish (chipirones), cod gratin (bacalao gratinado), octopus (pulpo) and others - all can be recommended without hesitation. You are given a kind of order leaflet, you tick the dishes you want and give it back to the waiter. Apart from pinchos at the bar, the food is prepared to your order (not reheated like in many tapas bars) so it arrives hot and fragrant. Place was almost full on Saturday with kitchen definetely busy and we had to wait a bit for hot dishes but it was worth it. Wine also good. Absolutely a must visit for foodies.

I came here with my family, which loves food, and were saying that it's been a long time since we leave a bar/restaurant in Vitoria and we can say we've liked it, we paid a normal price and leave entirely satisfied. We loved the decoration, very original and it makes it an experience itself. The service was fantastic, the local craft beer awesome and the food very inspiring and delicious. We will be back. For sure 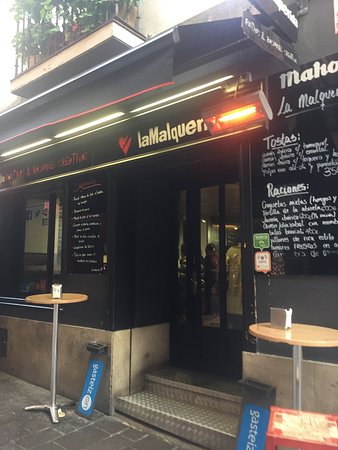 Really good pintxos in Vitoria - the pulpo tosta is particularly good, as are the croquettas - so definitely get those. But what really makes this place great is when its the summer and right next to it here are steps going up to a...MoreHi emailevans!!! Thank you for giving us your rating of La Malquerida! In summer, you look great on the Terrace! We hope to see you again in Vitoria Gasteiz! A hug, The Malquerida