Where to Eat in Tangalle: The Best Restaurants and Bars

Tangalle (Sinhala තංගල්ල [ˈtaŋɡalːə], Tamil: தங்கல்லை) (also known as Tangalla) is a large town in Hambantota District, Southern Province, Sri Lanka, governed by an Urban Council. It is one of the largest towns in southern province. It is located 195 km (121 mi) south of Colombo and 35 km (22 mi) east of Matara. It has a mild climate, in comparison to the rest of the district, and sandy beaches.
Things to do in Tangalle 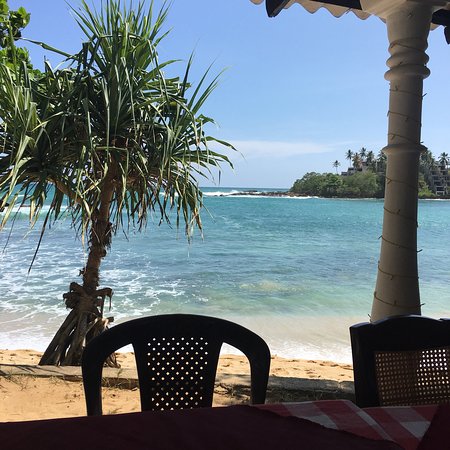 Our driver for the the took us to this lovely place located on the beach a bit west of Tangalla centre. We had no expectations and were surprised about both the fantastic location and the nice food. We had fish of the day and prawns. Delicious and with a fantastic garlic sauce. I would definitely recommend it. 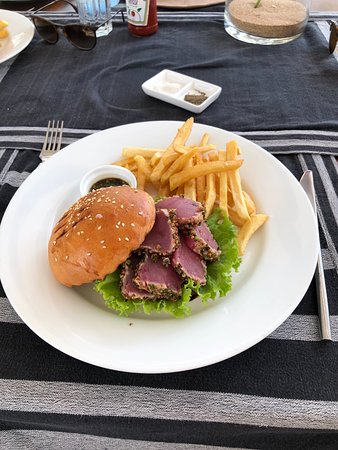 *STRICTLY - Reservation Only – please don’t just turn up!<br><br>*SORRY - all children must be OVER 6 years old (NO toddlers/babies).<br><br>Buckingham Place relocated its restaurant to overlook the ocean, you’ll see why when you get here! Oceanfront’s location, atmosphere, eclectic menus and easy going hospitality are well worth a trek out of town. Short, well executed menus offer imaginative fusion, locally caught fish, prawns and as one might expect, traditional Sri Lankan fare - all prepped and cooked freshly to order. <br><br>Reserve early for Breakfast, Brunch, Lunch or Dinner!<br><br>Tips: very limited table space – booking essential, no children under 6, check website or Google maps before setting off, please call if you can’t find us! [GPS coordinates: Latitude 6.0469718 / longitude 80.8547264]. 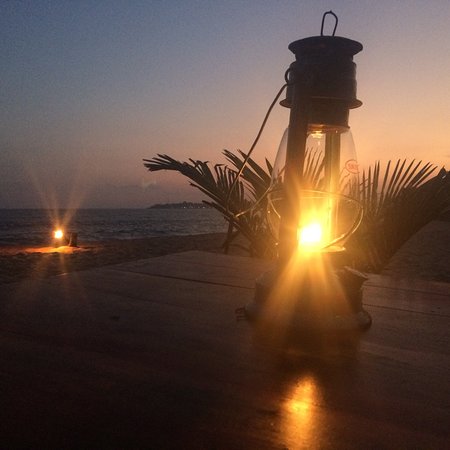 Clearly you should judge a restaurant primarily by its food but let me start with the experience. Following the floods last year, you can no longer get to the restaurant by road so they have improvised by a Sri Lankan style fishing boat / canoe - brilliant! Tuk tuk chap knew exactly where to take us. Then the restaurant... located high up on the narrow beach, just yards from the sea. Just a small beach shack doing about 5 tables. And what a restaurant with the most amazing location /experience. You just lap it up. We had red snapper and calamari washed down with ice cold beers. Simply brill! 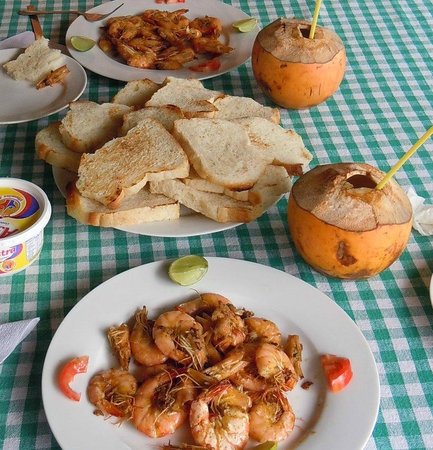 It’s a shame that the Cactus Lounge seems to be always busy yet this is much quieter. We loved it equally. The family who run it are friendly, accommodating and excellent cooks. Their salad which accompanies some of the dishes is exceptional. We went several times and enjoyed all visits immensely. Highly recommended. 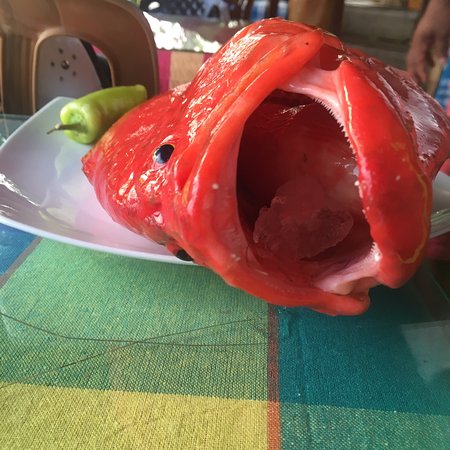 Probably the best fish (red snapper) we had at our hole trip in Sri Lanka ! Nice view over unakuruwa beach.... 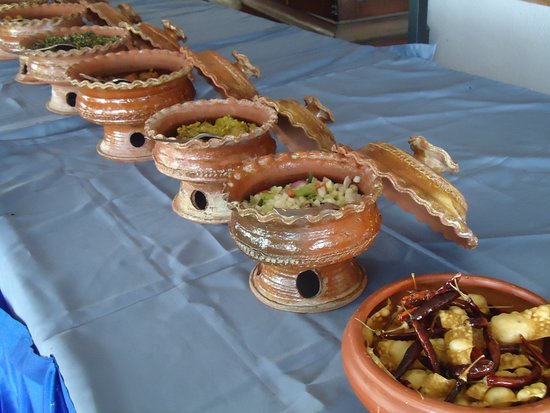 We ate hear having read the reviews and weren't disappointed. The food was good plentiful and value for money. The service was good. The only thing that stopped us going another night was the noise from the road.Thank you for the response.Of course i understand the noise of the road is a issue Hope you enjoyed the meal. 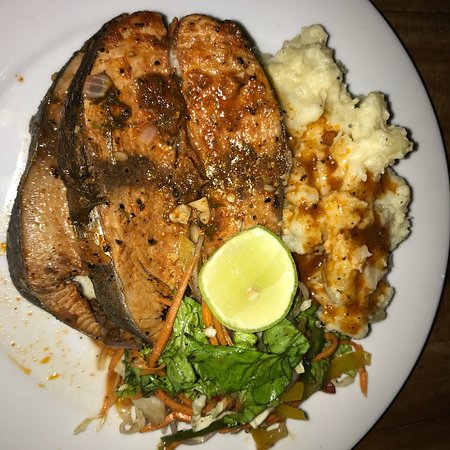 The prawn cocktail was fantastic. We had the mixed seafood which was very good except the overdone fish. A reasonably priced Sauvignon Blanc from Chile was well chilled. Staff was very friendly and gave good service. 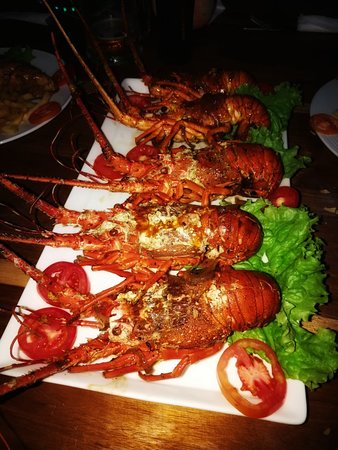 The owner is really friendly.
We had Rice and Curry with vegetables witch was really good.
Rice was served with 8 types of Curries witch all were delicious.
100% recommended.
The guys father is a fisherman and offers fresh seafood.
He was kind to offer free food for 8 month old baby that we took boiled potatoes and he loved it.
He saw baby was crying and brought a teddy bear for him . 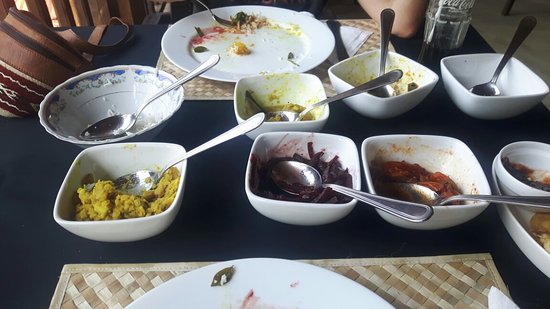 We provide sea food and rice and curry with deep down south style, by using fresh ingredients and traditional cooking method for breackfast,lunch and dinner

We ate here twice during our three night stay in Tangalle and were very impressed both times. The host is a really lovely guy and the food is just as good. The best Sri Lankan food we've had to date. The different veggie curries were delicious, especially the pumpkin one. The place had a good ambience, helped by the 00s ballads sounding out. We can't recommend this place enough. A bit off the beaten track but don't miss it. 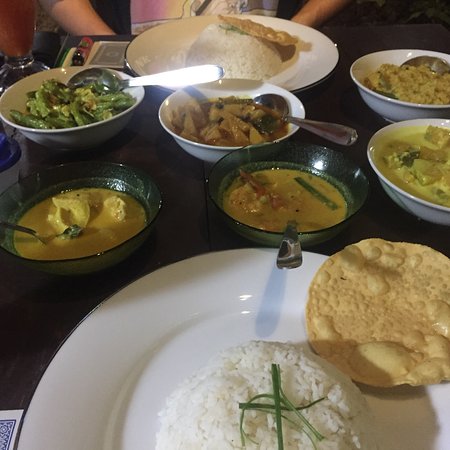 We took our baby to this restaurant and they could not have been lovelier. The food was amazing and is extremely reasonable. A lovely place and atmosphere, we loved that they have playing cards on the tables. Definitely worth a visit for dinner.