Where to Eat in Mugla: The Best Restaurants and Bars

Muğla (pronounced [ˈmuːɫɑ]) is a city in south-western Turkey. Before 1923 in the city 3000 Greeks were living and belonged to the district of Smyrna. Now, it is the center of the district the same name, as well as of Muğla Province, which stretches along Turkey's Aegean coast. Muğla center is situated inland at an altitude of 660 m and lies at a distance of about 30 km (19 mi) from the nearest seacoast in the Gulf of Gökova to its south-west. Muğla district area neighbors the district areas of Milas, Yatağan and Kavaklıdere to its north by north-west and those of Ula and Köyceğiz, all of whom are depending districts. Muğla is the administrative capital of a province that incorporates internationally well-known and popular tourist resorts such as Bodrum, Marmaris and Fethiye and also the smaller resort of Sarigerme
Things to do in Mugla 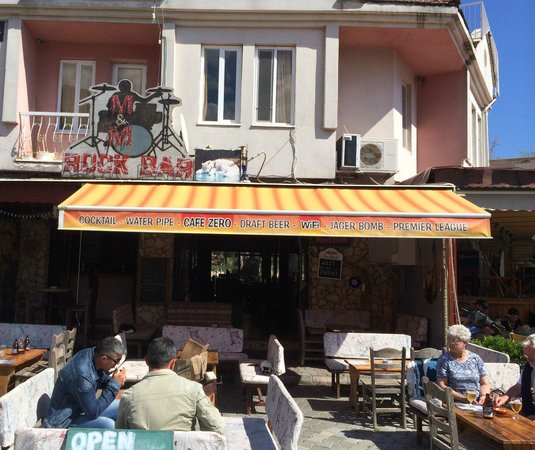 Every time we come to Dalyan (every year) we spend most evenings either pre- or post-dinner (or sometimes both) at the Rock Bar. Müf and Mustafa are great hosts, beer and wine are reasonably priced and cocktails also seem to be popular. The music at the front is very much rock, supported by videos. In the back garden there is live music (sadly not rock, but a more 'easy listening' selection), and water pipes are also available. Something for everyone - no food, but this is a bar not a restaurant, although you can order three litres of beer and chips, and free pretzels are available. We see the same people year on year, it's a place people return to and is much loved. If you're lucky, Haydut the black and white cat will grace your lap with his presence. 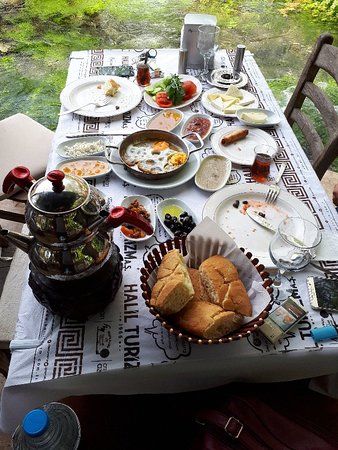 Situated with the river gently flowing on either side of the dining area, Halil in Yeri makes a strong first impression. The menu is standard, though, with the usual cold and hot meze and an emphasis on fish. Curiously, we noticed a huge difference in price between sea bass and sea bream: 110TL vs. 25. The two meze we started with - broad bean dip and yoghurt with chillis and peas - weren't as good as we've had elsewhere. Our sea bream arrived as we were finishing our meze. There was no apology for this, just whisking away our plates with a shrug. The fish was actually excellent, but it was served just with a slice of lemon, a few sprigs of rocket and a quarter of raw onion. We weren't asked whether we wanted salad or chips. Overall, it was a pleasant enough meal in pleasant surroundings but the experience was diminished by utterly impersonal service that made us feel we weren't really wanted. 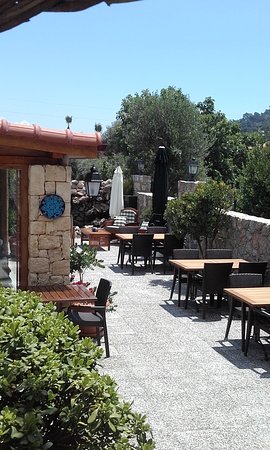 We are a small 24 seater Bistro type restaurant attached toan apartment complex.We pride ourselves on providing good home cooked food made by our local lady cook.We serve food all day and everyone is welcome to join us for a drink or food .We are englished owned and Managed but supported by our excellent Turkish staff.

This restaurant is off the beaten track in Turunc. We only found it as we walked past it every day while staying at Physkos. Quite honestly why we kept walking by is still a mystery to us but one night we didn't want to hike in to Turunc so we stopped by to see what they offered, Firstly the Staff are all very professional and well turned out. The Food is well priced and is great quality. The overall experience is very good - Our Lunch and Dinner visits were really good and we really wish we had tried this restaurant earlier in our stay. HPB Visitors should think about extending their stay here before or after their visit as the hotel side of this establishment looks a good option - We will be doing this next time we stay at Physkos. Thanks 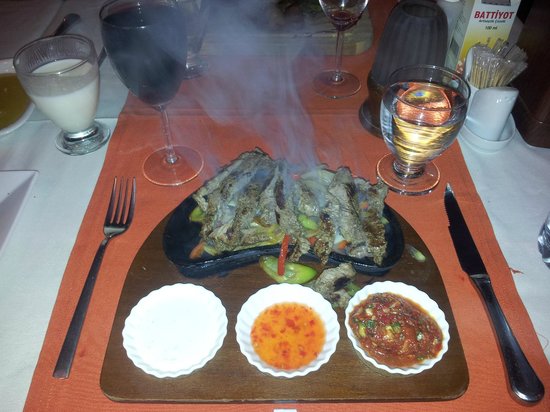 Delightful restaurant right on the beach front with stunning views of the gulf of Gokova. The restaurant has been refurbished early 2013 and now benefits from new kitchen and toilets and a new bar. There is Seating outside under a covered pergola for 80 guests where you can enjoy the cooling sea breeze and the views of the bay. Romantically lit in the evenings the restaurant is transformed into a smart dining area where you can enjoy the wonderful sunsets.

We visited MeV twice during our stay in akyaka , the choice of food was excellent , waiters were great , food was good , however on both occasions ,even though the restaurant was not full, the food took a very long time to arrive on the second day the whole meal took at least an hour to arrive. They did make it up by offering us a nice dessert.there was some inconsistency in one of the dishes we chose. It tasted totally different the next day. I would recommend this restaurant for sure but if you're really hungry I suggest you go somewhere else. 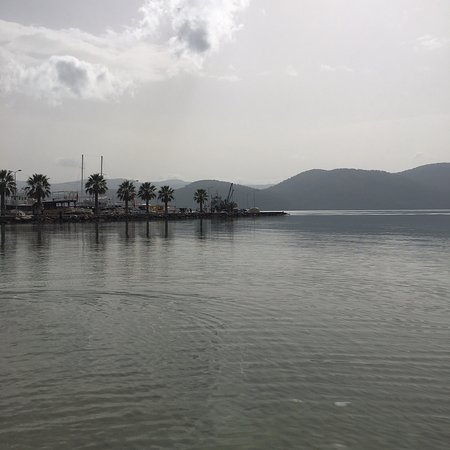 Although Kordon Restaurant is situated centrally, it's next to a fast-flowing river that's teeming with geese. Unfortunately, they've cottoned on to the free meal scenario, so if people chuck scraps into the water (as they do), the geese will come flapping and squawking. Along with their goslings, too, if you're lucky. There's a huge range of meze on display along with the usual fish and meat options. The sea bass and sea bream we had were perfectly cooked and also extremely good value. We allowed the waiter to choose a bottle of dry white wine - dangerous, I know - but unusually, there was no attempt to fleece us with the most expensive wine in the house. The final bill for three meze dishes, the fish and the wine was 110 TL, which we thought was excellent value. 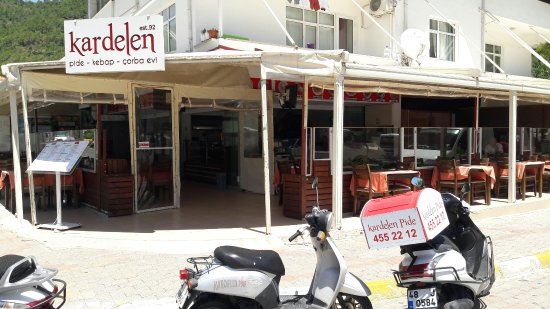 Lovely local restaurant used by the locals themselves. The service was good and the food even better and I would highly recommend trying it. It does a take away service as well and it is good food at very cheap prices compared to the tourist restaurants. 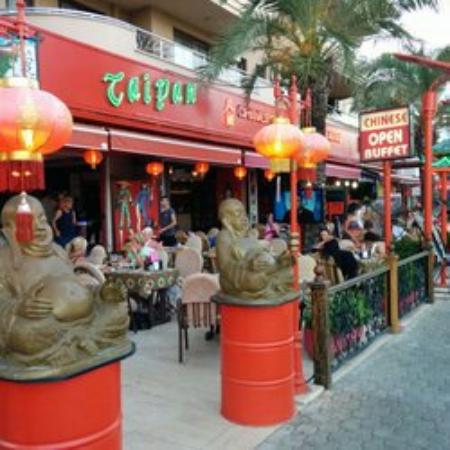 Reviewed By Denise B

Visited twice on our holiday first time was for the evening buffet of chinese and indian food was well worth the money food was nice hot .then we took a walk down .and the buffet hadnt started .so the lovely owner offerd us a set menu of soup and mixed starters and then any main meal .at the same price as the buffet .was well impressed with all the food ..its a must visit guys 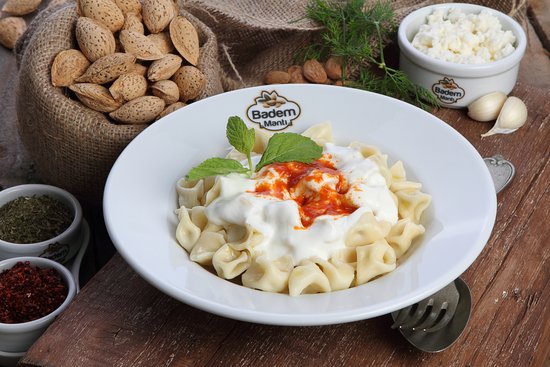 The food is mediocre, nothing special. We have had Klasik Manti, Cig Borek ve Cikolatali Manti as dessert. The portions were so small, luckily we were not that hungry. They were like appetizers to taste for us. Be aware if you're really hungry, do not go to this place, because you will walk out hungry & by paying hefty amount of check!...
In fact, everything is way expensive in Selimiye (Quiet yachters' village), like souvenir shops & also there are very limited good places to eat unless you really like expensive seafood. 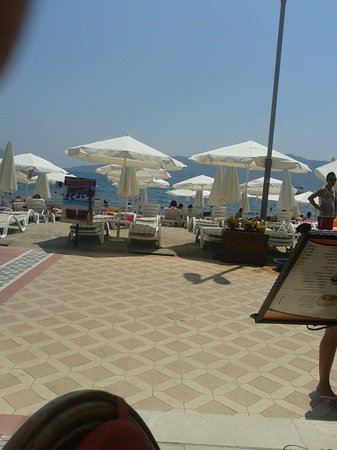 This has been our first visit to Marmaris and we have tried several bars and restaurants. This is the best. The staff are amazing and remember customers year after year. Great fun but still polite and amazing service,
The restaurant is right on the beach and very buzzy. People tend to eat fairly early 8ish then later the place turns into a Karaoke bar.
I had the Sea Bass and it was amazing and not served with an awful selection of English vegetables! Just chips and salad. The free meze starter of flat bread and 3 dips is delicious.
Highly recommended. Ali, Mustapha and Alex will look after you very well. 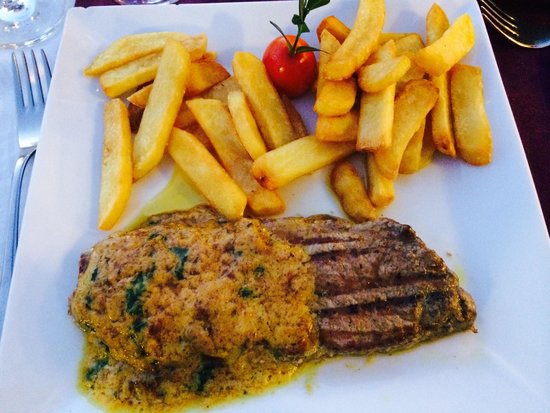 Our favourite eatery in this area. We were welcomed back warmly by Musti,Zafer& Funda. The food was as good as always and the presentation,second to none. Tucked away just off the main road,it is well worth looking for. Spent two enjoyable evenings here and intendvto go back on our next visit.