What to do and see in Trnava, Slovakia: The Best Places and Tips

Trnava (Slovak pronunciation: [ˈtr̩naʋa] ( listen), also known by other alternative names) is a city in western Slovakia, 47 km (29 mi) to the north-east of Bratislava, on the Trnávka river. It is the capital of a kraj (Trnava Region) and of an okres (Trnava District). It is the seat of a Roman Catholic archbishopric (1541–1820 and then again since 1977). The city has a historic center. Because of the many churches within its city walls, Trnava has often been called "parva Roma", i.e. "Little Rome", or more recently, the "Slovak Rome".
Restaurants in Trnava 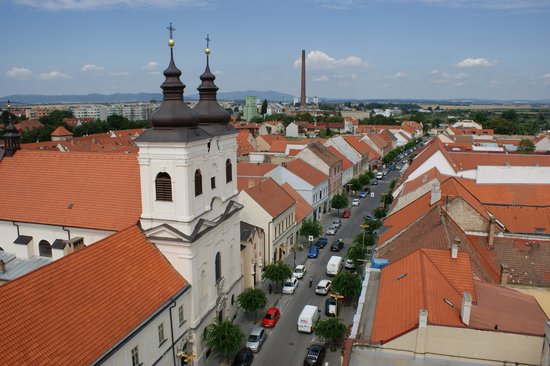 You should not miss the experience when climbing up to the top of the tower and get the most beautiful view over the old and new city. There is also an exhibit inside that provides some interesting insights into the city history. You should better check the opening hours before to avoid surprises. 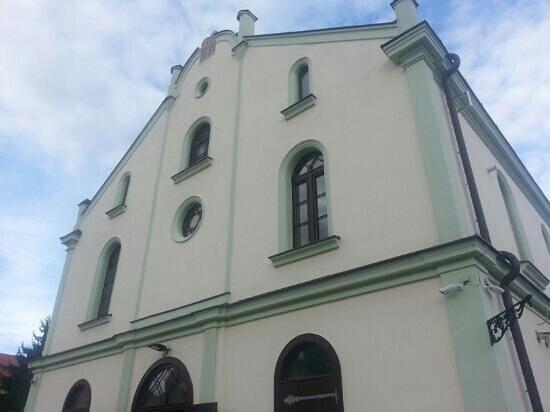 The atmosphere of this cafe was so interesting, I almost decided to stop touring the town and hang out there until it was time to return to Bratislava. I enjoyed it so much I might make the 30 minute train trip back tomorrow just for coffee, which was excellent also. The cafe was open when I arrived at 1:00 contrary to the TA hours info which said it opened at 3:00.

Another beautiful church in Trnavna that it's worth visiting. Make sure you have a camera for pictures. The churches are all a bit run down and that makes them just perfect to travel back in time. 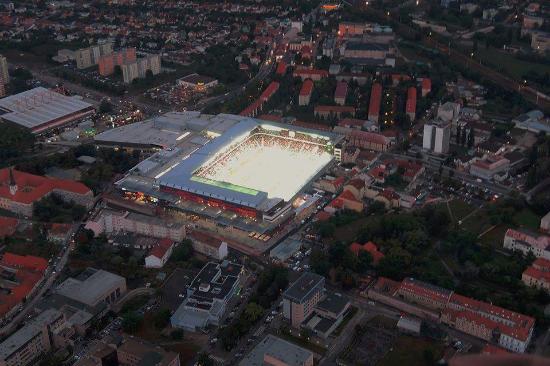 Was across for the Slovakia v Scotland world cup qualifier, and from looking at photos of the stadium I imagined Trvana to be a lot more bigger and busissier that it turned out to be.... it is actually more of a sleeping large town-small city, yet the football stadium would but most the stadiums in the top leagues of England and Scotland to shame.
Has that modern German stadium feel to it, with all the luxuries added to make it enjoyable for the fans (even has free wi-fi!).
Certainly worth checking out on the ground hoppers circuit. 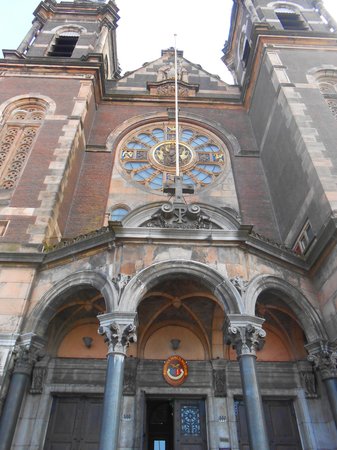 We went to fantastic recital -part of annual festival in this beautiful church on last night of our Slovakian stay- Daniel Roth was the organist- french pieces incl. his own compositions. What accoustics! What playing!! and only a 5 min walk up the cobbled street to the venue from our hotel.

From the train station this was the first church I passed on the way to the center of town. I was very happy to find that it was open, unlike several others. Both the interior and exterior were very interesting.

This is cute square with nice buildings beside 2 from Communism period :-( In the winter there is Christmas market with positive atmosphere. Smaller one than in Bratislava but with charisma. Try original honey wine coming from Trnava from "Apimed". You can find some good coffees around square rated in tripadvisor as well. 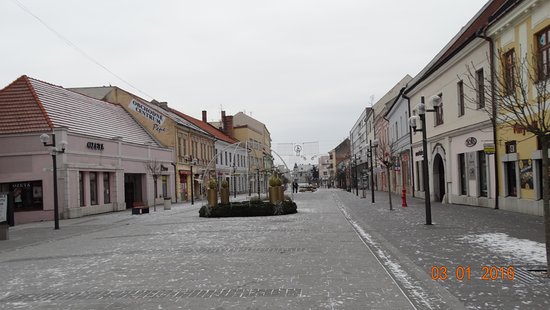 Trnava has nice renewed pedestrian street with old town houses. I like it in the evening as well. You can enjoy terraces in the summer or famous traditional market in September or Christmas market in winter. Or just to walk around with kids or ... 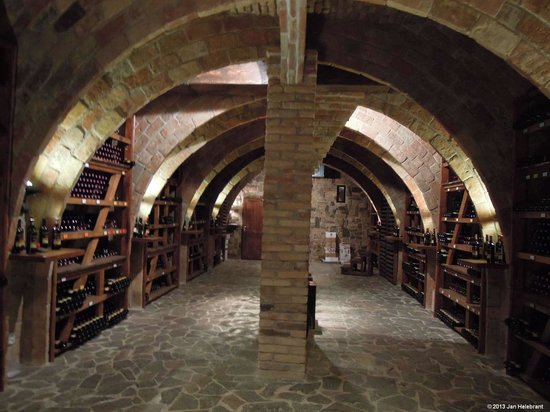 Places like this one are only seldom in the world! Very friendly reception, extraordinary wines, unbelieveable and funny stories delivered by Vlado Mrva and Peter Stanko, comfy rooms (better say "halls") ... and GREAT WINES! I´m sure you will enjoy any minute of your stay, as we did.

If you like medieval history and Castles, you will love this place. It is a nice hike from the village Dobra Voda and the castle by itself offers that special atmosphere of the places that last centuries. The ruins are cool to explore - but be careful, and you better be in good shape. The view from the top is great and you will wonder about the struggles of the people of the era, when this castle was full of life.