Top Things to do in Trnava

Where to Eat in Trnava: The Best Restaurants and Bars

Trnava (Slovak pronunciation: [ˈtr̩naʋa] ( listen), also known by other alternative names) is a city in western Slovakia, 47 km (29 mi) to the north-east of Bratislava, on the Trnávka river. It is the capital of a kraj (Trnava Region) and of an okres (Trnava District). It is the seat of a Roman Catholic archbishopric (1541–1820 and then again since 1977). The city has a historic center. Because of the many churches within its city walls, Trnava has often been called "parva Roma", i.e. "Little Rome", or more recently, the "Slovak Rome".
Things to do in Trnava 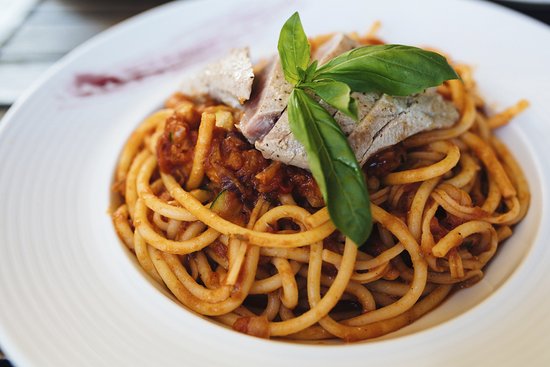 We were invited by our business partner for dinner. The ribeye steak from Uruguay was excellent as well as the red wine. I can recommend this place if you visit this town. 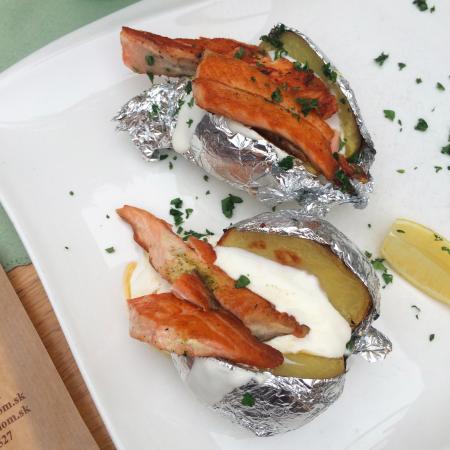 Trnava might not be on top of everyone's list of cities to visit while in Eastern Europe, but it has a charm about it and a lot of hidden away bars and restaurants.
Wetzlerov Dom was a place I had found in my research and seemed to tick all the right boxes.
Though not right on the main street, its just down a small side street and is pretty easy to find.
Pretty extensive menu to pick from, with my choice being the "Sunday Chicken Noddle Soup" and the "Bryndzové halušky" (Slovak Sheep Cheese Dumplings) which was really tasty, and washed down with a couple of beers.
Looking at other tables, the two guys near me were laughing at the menu and ordered the "chicken and wings" each, and what came was the entire rib cage of the pig and a mountain of potato wedges..... and they had ordered one each!!!!
Certainly the best meal I had in the city and highly recommend it. 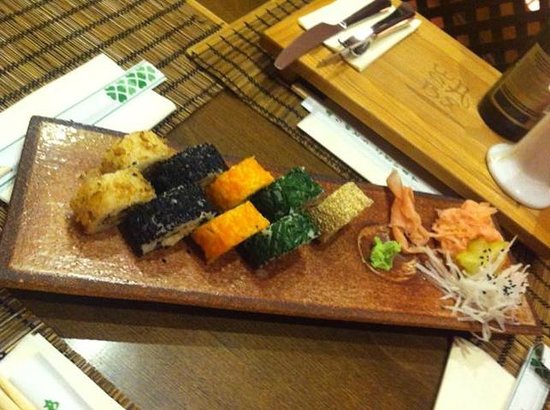 I reviewed this place 2 years ago with 5*. I went several times since than with last visit yesterday. Restaurant keeps still very good standard, authentic atmosphere and belongs to top places in Trnava. Try Tom Yum or Miso soup and mixed sushi plate and mango desert. 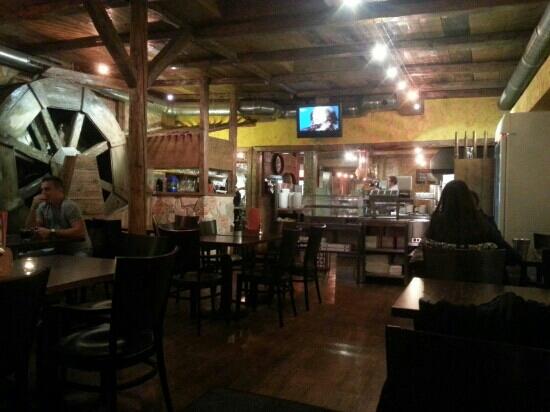 Good place for a quick meal in Trnava. We had pasta, fried cheese trio and some beers. The service is fast and efficient, food is nice, portions are very decent. The only downsize - no lock and poor water pressure in ladies room. 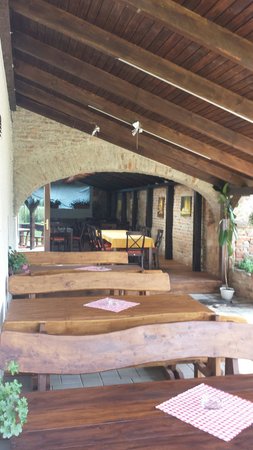 Carefuly restored old watermill on the Parna river, out of rush and traffic jams. It takes about 5 minutes from Trnava city. Entering the restaurant, you feel like in an old flour mill - and you are there! Everything looks like can start the work again in few seconds. Speedy service, very good traditional Slovak kitchen (why orden something Mediterranean, when I´m in Slovakia and loving Kapustnica or Bryndzove halušky...?)
In the neighbouring "mill department" was held a family party, not disturbing the other guests at all.
Wide choice of Slovak wines and Czech beers brewed in the small Breweries.
A gem for travellers with hedonistic feeling! 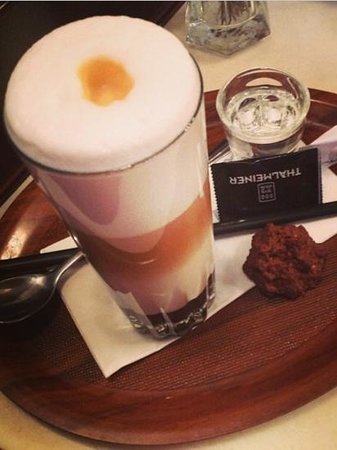 This Coffee is just the best one in the city, located just at the main square right next to the city tower. The have wonderful coffee, teas, and yeah - cakes!!!! Well, whatever for brunch or lunch bites... And its like an oasis in summer, getting into green old fashioned but modern rooms or Terrace, with Fountains.. just lovely! 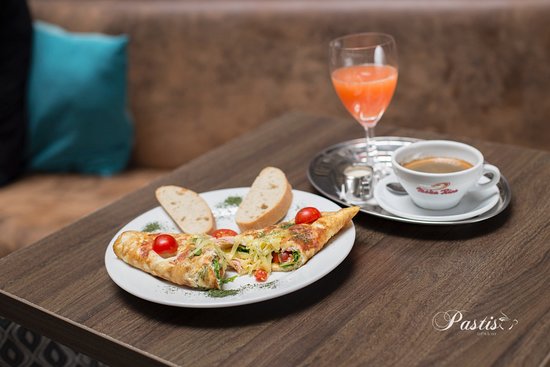 Nice coffee directly in the heart of Trnava city center with comfy exterier seats on the main square Trojicne namestie from spring to autumn. Enjoy your coffee, drinks, beer, wines, cocktails or even small snacks & desserts also inside our property, which offers separated places for smokers and non-smokers as well. Great place have your delicious breakfast and start your day best possible way And when it comes dark outside - we are smoothly changing into very lively and funny place, ideal for those who wants to have some fun

I can definitely recommed this very nice small cafe in the city center in Trnava located on Trojicne namestie. The coffee was great, very fast and nice serving. Inside they have an "old style" graffity of old town and in the back very cosy atrium with glass ceilings. 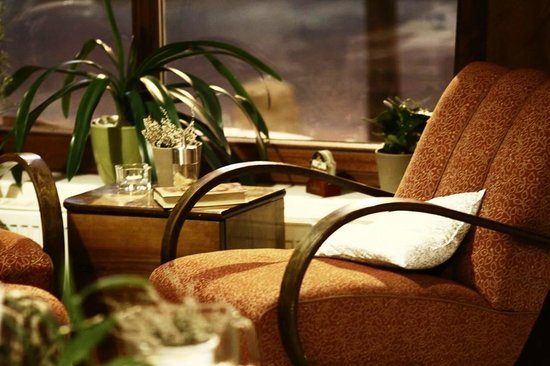 The first impression: nice, hipster style coffee shop and bar, old furniture, some art. Menu looks good, nice variety of drinks you cannot get elsewhere in Trnava, like various bio drinks, many rum and whisky sorts. Coffee is good. Not the best, but ok. Cakes are delicious, thats true. But all of this fails on the very bad service. There were two tables including us, that was 5 people, and 4 waitresses. I got my coffee in 30 minutes! And its always like this, if the place is full or empty. They are very slow, they forget, mix orders. Once I was served a warm beer on a very hot day, after 25 min waiting, it was awful. Sometimes they miss many drinks from the menu, it takes another 20 minutes until the waitress realizes they don't have what you ordered. Never again... The same experience had multiple of my friends, we stopped going there. 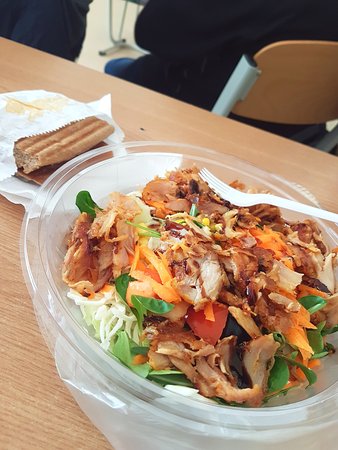 Good place if you need something quick and cheap. Swarma, panini, salad. Around 3€ each. One of the owners speaks English. 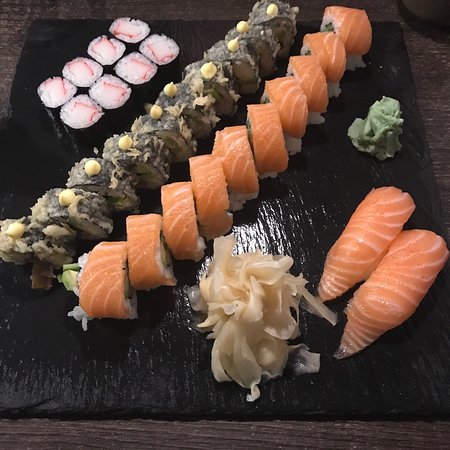 Reviewed By MR B - Bratislava, Slovakia

Basically the food is not bad, quite decent sushi. Where I have issues is the staff and friends of the staff hanging around. One waiter has always his friend around sitting on the table from the bar, he mainly caters to them mixing drinks for them and not even dedicating half his time to guest. They are playing music talking loud, and drinking cocktails around lunch time. Its kinda not creating a relaxing atmosphere. We have experienced it several time. Probably we wont go back.