Top Things to do in Taishan

What to do and see in Taishan, China: The Best Places and Tips

Taishan, formerly romanized in Cantonese as Toishan, in local dialect as Hoisan, and formerly known as Xinning or Sunning, is a county-level city in southwestern Guangdong, China. It is administered as part of the prefecture-level city of Jiangmen. During the 2010 census, there were 941,095 inhabitants, of which 394,855 were classified as urban. Taishan calls itself the "First Home of the Overseas Chinese". An estimated half a million Chinese Americans are of Taishanese descent.
Restaurants in Taishan 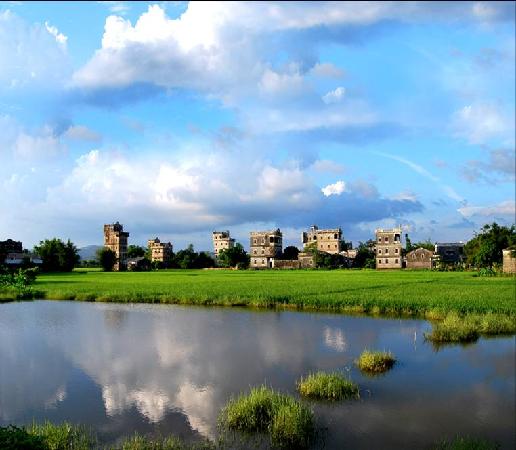 Known locally as the Kaiping Diaolou, these unique, multi-story watchtowers were used as fortifications in the 17th century. Now a world UNESCO Heritage site, they are some of the most fascinating historical and architectural artifacts in China.

Set amidst rolling paddy fields, the fortified diaolous dwarf over ancient low rise village buildings. This area, about an hour's drive south west of Jiangmen is so underrated. Its UNESCO protected status covers 4 separate villages - ZiLiCun, MaJiangLong, JinJiangLi and SanMenLi. You can purchase entry tickets separately at each village entrance, or purchase a cheaper combo ticket that gives you access to all the villages plus Li Garden, a sprawling private residence with beautiful Gardens built around the same time as the fortified diaolous in the 1920s and 30s.
As we had 2 older people in our party, we rented a car with private chauffeur from Jiangmen. The first stop is ZiLiCun which is the village with the biggest cluster of diaolous. We hired a guide at ZiLiCun who narrated the stories of rich Chinese emigres returning from the US with greater wealth to build these fortified towering residences to protect their wealth and families, After the buildings were completed, the men usually went back to the US, leaving their womenfolk and children behind. The guide also explained the incoporation of western design elements into local architecture; and the features that make the diaolous different to a villa. These include stainless steel front gates, high windows with thick iron grills, turret-like balconies with spy holes for shooting bandits.
We next drove to Li Garden, this place was built by 2 (or was it 3?) brothers for their families. Each sibling had a residential 3-4 storied tower but they all shared a beautiful meandering garden that featured a running brook, restful pavilions, and a small byzantine inspired structure that housed an aviary aptly named the bird's nest. This represented the owner's wish for his children to return back to their homeland. The stories are poignant.
Our last stop in the afternoon after lunch at ChiKan old town is MaJianLong village. Set amidst a thick bamboo forest, this is the most scenic diaolou village. It was beautiful, and I felt transported to a different place by the creaks and sighs of towering bamboos. The diaolous here are slightly different to the ones in ZiLiCun as they all feature an airwell on each floor to allow in more light, and for transport of heavy objects. I was however a little disappointed in not being able to capture a picture of the unique rooftops rising above the bamboo forest because the trees have now grown so tall they're higher than the towers.
We didn't manage to drop into SanMenLi or JinJiangLi but I was told the oldest diaolou dating back to the 16th century Ming Dynasty (the only one left from that era) is in SanMenLi and the tallest and most surreal looking diaolou is in JinJiangLi.
All in all, it was well worth the time, and a fascinating area to visit, to get transported to the turbulent times of the early 20th century and to feel the emotions of these rich Chinese emigres who struggled between their desire to return home (nationalism was high during this time) and the need to continue to build wealth abroad. This place is seriously underrated, a good thing too as there aren't many local tourists to jostle with.
Do hire a guide as the context will make you appreciate the place even more. It is possible to do all villages in one day, but you'll need a car and be very disciplined with how much time you spend at each site. 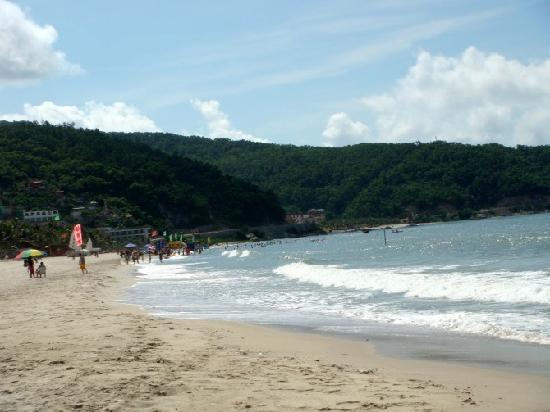 We went there with my Chinese friends. And it is typical Chinese resort... newly build, high prices, chaotic transport, fortunately not crowded when there. It is really far from main cities: bus from Taishan to port 1'10", then boat to island ~40", bus again ~30". Don't understand why there is an entrance fee (60rmb) to the resort! So never again... 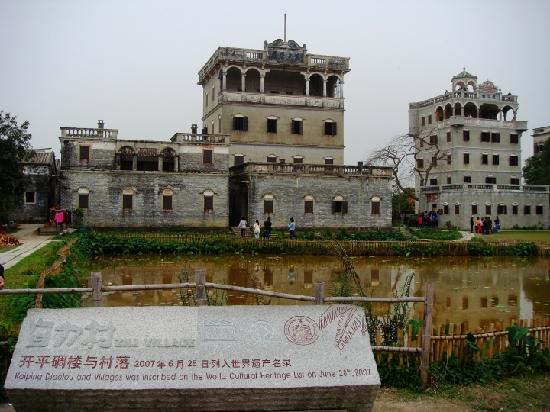 Having visited a fair share of UNESCO sites across China, I was expecting this one to be no exception. No doubt the historic buildings would be stunning but the facilities provided for tourists, toilets etc, would be poor.
I was very pleasantly surprised. It is clear that the Guangdong government has spent a lot of money ensuring the main Kaiping sites are well maintained and modern.
Western style toilet facilities were plentiful and clean. Walkways, signposts and helpful staff. Even a coffee shop on site!
Ticket booth queue was efficient. We bought the 2 day ticket that covered the main sites, 180RMB each. There were some shops and places offering food.
Plentiful parking if you have a driver.
My only complaint is there is no real opportunity to buy decent postcards or a book in English about the watchtowers.
Highly recommended site to visit if you are in the south China area. 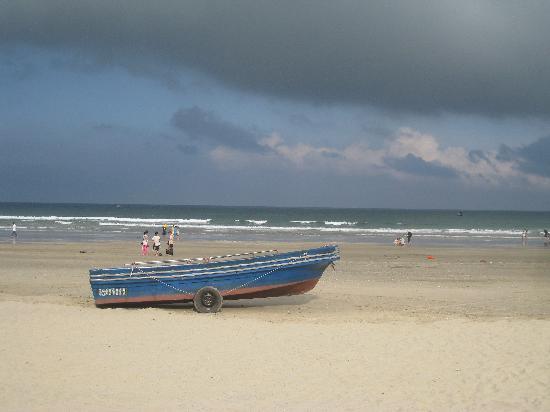 Reviewed By Sarah A - China

we spent 2 days there, a group of 6, it was a wonderful weekend, the beach is nice, the water clear (only at the defined bathing area but anyway ) .. safety vests are a must:) the island is yet not too touristic and therefore has the flair of a old fishing village, local people, the best sea food for a decent price, budget hotels, ... it is perfect for a weekend to relax from work ! 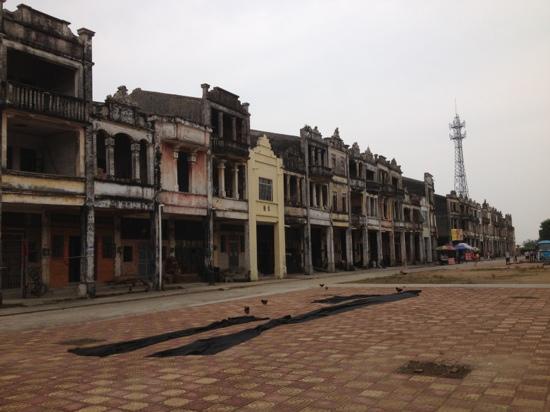 we reached there quite late so that no many tourist at here but it look like a movie town instead of real buliding. anyway, we went inside one building and climb up to 2nd floor, it was so old & ragged but interesting IMO. 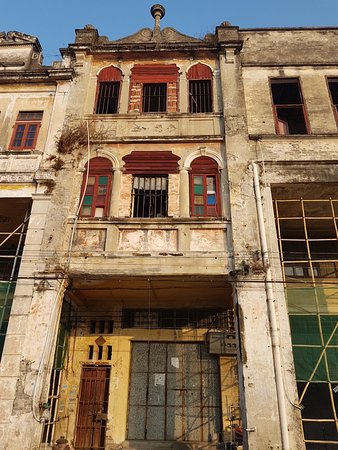 I saw a beautiful photo of this street that took my breath away - night-time architecture illuminated by blue and green lights, old-style boats anchored along the water side, streets swept clean.
In reality, at night time, the streets are dark and full of rubbish, and the shopfronts obscured by rows of anachronistic umbrellas. I had expected to find a queue of photographers on the other side of the canal, aiming for the perfect shot, but they knew better and I was alone.
Worth fifteen minutes - there are better areas of old style shophouses (minus canal) in Kaiping central. 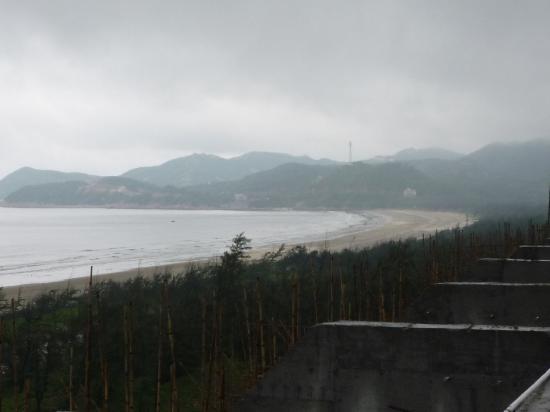 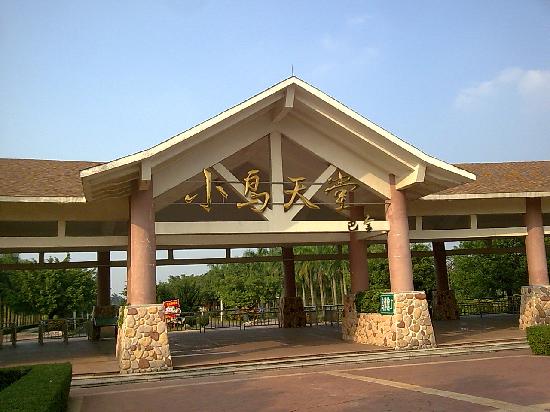 The famous Bird's Paradise is located in the southern part of Xinhui. Actually, the so-called bird's paradise is a 380-year-old great banyan covering an area of about 2.5 acres. The pure ecological environment has attracted thousands of birds living there.
Although, not many birds to see in November.
The little boat is quaint and charming and takes you on a relaxing trip meandering through the banyans and wetlands. Very well kept landscaping.
All in all, worth a quick look. 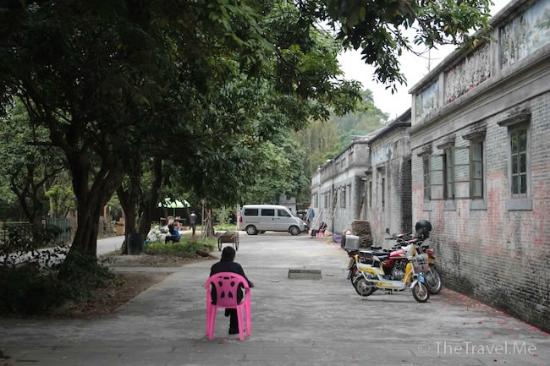 Home to a couple of diaolous, some of which are open to the public, and a small village, MaXiangLong makes for an enjoyable visit. Give yourself at least 1.5 to 2 hours to properly visit MaXiangLong. There are shaded pathways weaving through the bamboo groves and star fruit orchards of the village and connecting the various diaolous, making for a pleasant stroll.
Most of the village is empty, its inhabitants no longer living here. Also, since the village is a little further afield, it is free of tour groups. Most visitors either drive or hire a driver to get here so MaXiangLong lacks the chaos of ZiLi Village and Li Garden. We hired a minivan (¥300 for 7 hours) from the bus station to bring us to some of the further-flung sights in Kaiping. 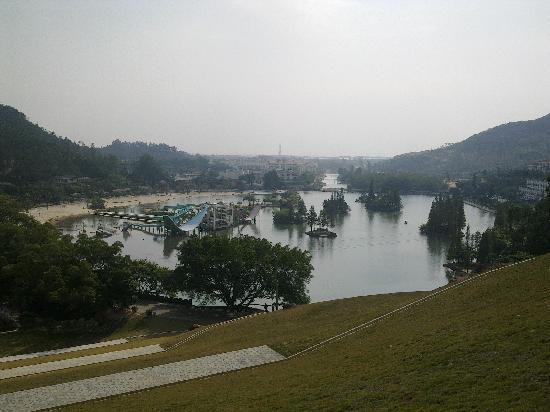 Reviewed By Minna B - Sweden

Very Chinese place with worn out look but comfortable baths and pools as well as good saunas. Outside the spa is villa area with several undone or bit worn holiday houses. But I need to admit that some of those are fair looking, too. It was not peak season when I visited the place, so it was not packed with people and we had plenty of space to move around.