Tulbagh, named after Dutch Cape Colony Governor Ryk Tulbagh, is a town located in the "Land van Waveren" mountain basin (also known as the Tulbagh basin), in the Winelands of the Western Cape, South Africa. The basin is fringed on three sides by mountains, and is drained by the Klein Berg river and its tributaries. The nearest towns are Ons Rust and Gouda beyond the Nuwekloof Pass, Wolseley some 15 kilometres (9.3 mi) to the south inside the basin, and Ceres and Prince Alfred Hamlet beyond Michell's Pass in the Warm Bokkeveld.
Things to do in Tulbagh 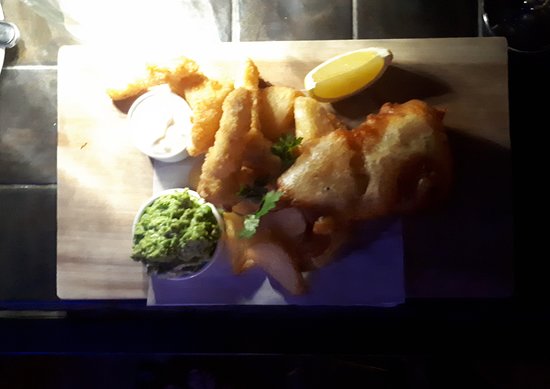 The Olive Terrace Bistro at the Tulbagh Hotel is open 7 days a week for breakfast lunch and dinner. The a la carte menu is a celebration of South African flavours and locally sourced seasonal fruits and vegetables and we cater for vegetarian, vegan and gluten free diets. All our dishes are prepared in house. The cosy Karee lounge bar features speciality teas and coffees, draught craft beers, local gins, wines and a tapas menu together with gourmet pizzas from our wood fired oven and freshly baked scones and cakes. The restaurant supports many community initiatives including local creches and Steinthal Childrens Home, sourcing produce from the Tulbagh Community Garden and sponsoring young people through the City and Guilds Catering course. South African hospitality at its best!

In a lovely place this restaurant places a very good menu with fish, meat and chicken. The pork ribs are amazing and come in a very large portion with fries and salad for around R140. Nice wines (for me the best wines in SA). I really recommend. Coming to Tulbagh come to The Olive Terrace. Wine The oldest house in Church Street , Tulbagh – Readers. Offering simple, outstanding local and global cuisine, has been able to maintain a standard of excellence that has created a notable reputation with both locals and tourists. The cuisine varies on a daily basis depending on the availability of fresh produce. This provides Carol Collins – Silwood trained Cordon Bleu Chef -a certain challenge in ensuring the creation of dishes using imagination, flair and superb presentation. Certain dishes have become trademarks at Readers but the focus remains on variety, fusion of flavours and combination of unusual ingredients.

A stop-for-lunch event whilst travelling thru the town turned out a memorable experience. Quaint restaurant w a relatively short menu but the dishes are great. Boboti was the best on the day - good portion size and tasty. The blooming onion was a bit overdone - on the verge of burnt. Situated in the most beautiful street by far in a house dating back to the mid 18th century. 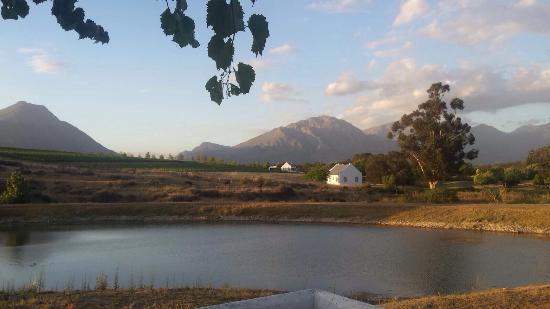 We spent our 33rd Wedding Anniversary at the Manley Wine Lodge and had meals at the Manley Wine Lodge Restuarant.
The staff are friendly and made our stay very enjoyable.
We were serenaded by their very own Michael Kenny the singing opera chef. What a treat. His food is amazing and plentiful.
Our room was very comfortable and the property is well kept and beautifully manicured.
A cute little chapel is also on site with a wedding venue.
We were blessed to see the resident Owl family, with mom and dad owl and 2 fluffy grey chicks.
We would recommend this accommodation to anyone wishing to get away from the rush of city life, and just enjoy the peace and quiet of the country. 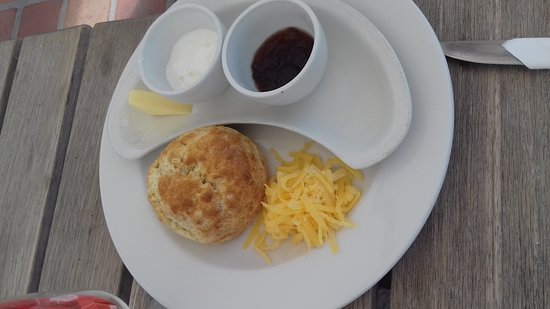 We were on our way to a wedding, so we popped in for a light lunch. We had been here some years ago and were not disappointed. Although a bit slow, the service was friendly. The waitress recommended the specials of the day which were...MoreThanks John. Romeo, my cook, is totally embarrassed and promises to tone it down,and turn up the Tom Petty.... but thrilled you love his food. 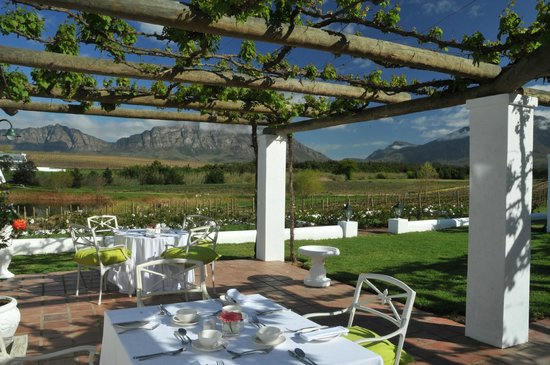 Governor&apos;s Restaurant at Rijk&apos;s Country House offers South African cuisine with a farmhouse flair. Open for breakfast, lunch and dinner, we cater for a range of dietary requirements. Lunch is a&apos;la carte and dinner is a four course set menu which changes daily. Booking is essential for dinner.

We were in Tulbagh one weekend for a wedding and visited Rijks for a light lunch prior to the event on the Saturday. The airy dining room and adjacent Terrace both overlook the vines and we enjoyed a glass of the farm's own Touch of Oak Chenin each with a couple of main meals. The next day we drove around trying to find another wine estate that was open for lunch but, Tulbagh being a one-horse-town, most places were closed so we went back to Rijks for a full three courses.
Most dishes on the menu look fairly heavy and wintery at first glance but there were some more summery choices. The cooking is flavourful but a bit heavy handed and with some combinations that don't really work. My Sunday main dish of beef fillet actually turned out to be pork fillet although this wasn't announced - but it was well cooked so I went with it. It was served with a fantastic pommes Anna, but then some Asian-flavoured stir fried vegetables and a tomato jam that didn't go with anything at all - very strange. A flourless chocolate cake was warm but inexplicably dry, and my partner's pasta was overdone and stodgy, albeit in a decent sauce. On Saturday I'd had the Mediterranean platter which was better - less cooking involved - the highlight was the smoked snoek pâté which I suspect that was bought in.
The service was good so it's a shame that I can't really recommend the food but it's a beautiful setting and the wines were promising - probably better to visit for wine tasting than lunch. 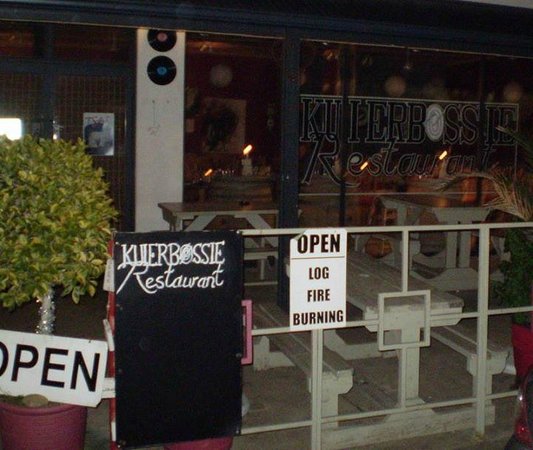 Food is our passion! We love to feed people who love food. Vegetarians/Vegans WELCOME!!! Something special for the little ones - anytime. South Africa with the rich, diverse dishes is our specialty. Private functions, conferences, or kiddies&apos; birthdays.

Booked for 13h00 Monday lunch under my second name. There was one other couple inside. I decided to sit on the stoep and soon after I had arrived the waitress brought the menu and I ordered an Appletiser, which came relatively quick. Two ladies left and I presumed they were some of the owners The glass however looked like it is a reject with a funny lip or is it a bow.
Then I waited for someone to come and take my order (a good 10 or more minutes later) and I remarked I just wondered when someone was going to come. I ordered ribs and waited. Another couple arrived and went inside. The flies bothered me and I moved inside thinking the fan will keep them away. I don't know what the last couple ordered but their food arrived before mine.
My food arrived and I told the waitress I was going to wash my hands. When I arrived back at the table she had brought refresher towels, just as well because the towel in the bathroom wasn't too clean.
I enjoyed the ribs but I am not sure if I will be going back there 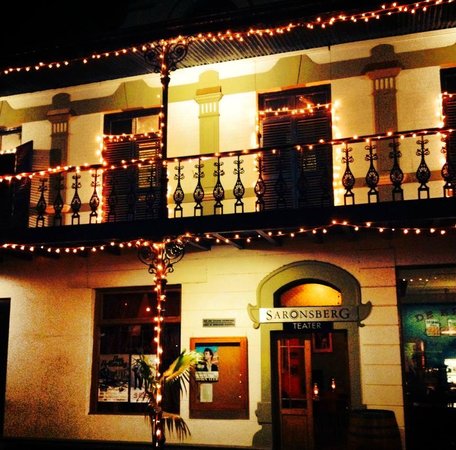 We went here on a Monday afternoon for a light lunch. The food was very good but we had to go in and request refills because of inattentive staff. During the hours we were there we talked with the very charming owner and still had to call back for refills. Justin is a great owner and a great person to discuss South Africa history with! We will be back in a few weeks and will visit again, maybe with flares and an air horn to get waited on though.... 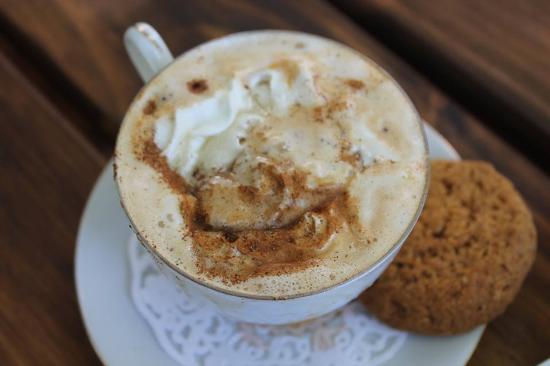 Reviewed By Charlene B

Walking up the steps and seeing those freshly baked cakes was like Alice stepping into wonderland. It was easy making up my mind that the carrot cake was going to be a little piece of heaven in my mouth. Unfortunately, when I reached the counter the lady was very unfriendly. After I stood there waiting for her to at least acknowledge my presence and maybe say "Hi, I'll be with you shortly" .... No...she just ignored me and went about her thing. After a minute or two I gathered my things I put on her counter and walked straight out the door to the Olive Terrace which has consistant in great food and friendliness. Needless to say; I didn't have the cake I so desired but hey.....maybe she wasn't in the mood for people today. I'm happy others had a more pleasant experience and from the warmness I experienced throughout town while on my stay, this was a bit of a downer. 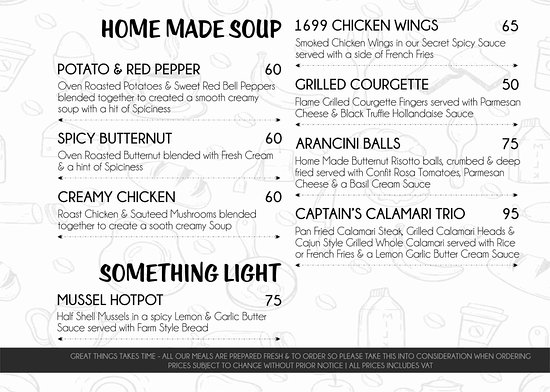 A Family Style Restaurant serving some favorites as well as some Tradition Cape Cuisine. In season you will find dishes like Waterblommetjie Bredie - but all year round we serve dishes like Cape Malay Style Bobotie & Vetkoek with Savory Mince. Our name stems from the year that Tulbagh was founded and although a new restaurant - our Chef has been doing what he loves for 16 years.

Such a long overdue improvement (on what used to be a very enjoyable restaurant) - the former Kuierbossie deserves to be re-visited and supported.
Clean, modern appeal and a small but adequate menu (will hopefully add a few specials from time to time (as well as some craft beers?)) justly capitalises on the café feel of the premises' location.
I had the extremely well priced 1699 Farmer's Burger - topped with (moreish) mushroom sauce, back bacon, cheese, pickles and relish - and realised I haven't enjoyed a 'burger this much in a while.