Top Things to do in Solihull

Top 8 Things to do in Solihull, United Kingdom (UK)

Solihull (/ˈsɒlɪhʌl/ or /ˈsoʊliːhʌl/ or /soʊliˈhʌl/) is a large town in the West Midlands of England with a population of 206,700 in the 2011 Census. Historically in Warwickshire, it is a part of the West Midlands conurbation. It is the largest town in, and administrative centre of, the larger Metropolitan Borough of Solihull, which itself has a population of 209,890.
Restaurants in Solihull 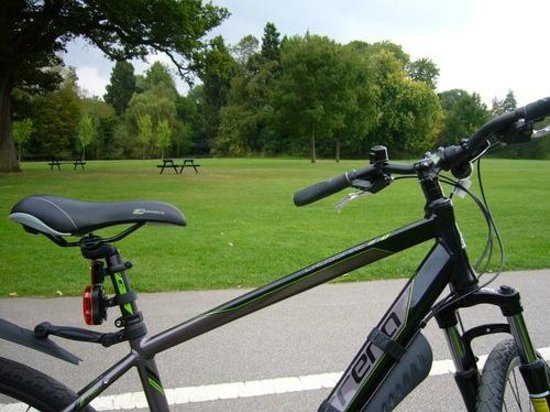 There are tennis courts, a lake with bird life, a café , specimen trees and wide areas of grass. Tarmac paths for cycling/walking with dividing lines which can be poorly observed by children and their parents.At the Malvern Park end (off New Rd) there is a small car park and a chidren's playground with apparatus but both car parks (the other one is at Warwick Rd) have time restrictions for free parking, with exceptions on Sunday I believe.
The Malvern park car park is within walking distance of Solihull town centre but is generally quite full. There is also a short cut walk from the New Rd entrance to the Warwick Rd parking area traversing 3 desirable residential streets (Park Ave, Brueton Ave and Blythe Way).
Finally there is the River Blythe itself, expanding to a small lake just before leaving the park and following the slip road of the A41 by pass before crossing under it and heading off towards the 2nd largest vehicle plant in Solihull - Whale tankers at Ravenshaw. Lots of nice walks in and around the park, but difficult to escape completely from the M42. 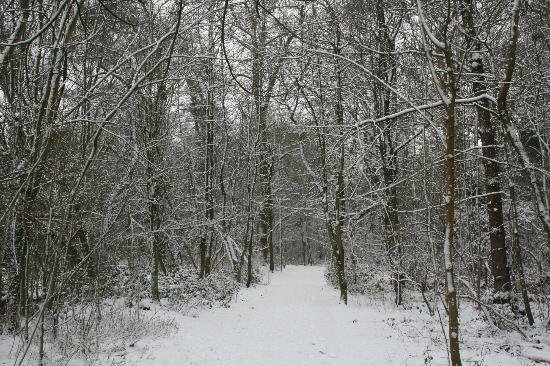 I have used this park for many years for feeding the ducks and playing in the playground with my grandchildren.Recently I used it every day when walking my daughter's dog.I discovered parts of the park I didn't know existed.There were loads of blackberries to be picked in August !

Families with small children will enjoy spending a day at this working farm where they can feed the animals, ride ponies and tractors, watch goats being milked, and take pleasant walks through the woods and fields.

This is a great place for small children, our 5 year olds loved it and it kept them entertained for 5 hours.
It's well organised with friendly staff, our boys really liked the small animal area where you can hold the rabbits, rats etc.
Book online before you go, it saves money and you have up to a month I think to use the tickets.
We only brought coffee at the restaurant which wasn't the best ,but the prices seemed reasonable.
Would we good back? Yes.

A multi-purpose arts venue in the heart of Solihull town centre. The Core Theatre comprises a 336 seat raked theatre fully equipped technically with stage flying system, sound and lighting. A smaller multi-use Studio Seating up to 130 is equipped for small scale theatrical presentations, music events, workshops, walk-in conferences and day sales etc. The Courtyard Gallery and Art Space is an exhibition space as well as an area for creative activities, which is also available for hire. Contact us to hire any of the spaces. The busy venue hosts a varied mix of professional and amateur events including music, drama, comedy and dance. Most areas are available to hire and successful events are held almost every night ranging from local drama groups to national commercial promoters who find The Core Theatre a thriving, successful venue with loyal and supportive audiences. See hire pages for details of How to hire. The venues’ eatery ENCORE serves hot and cold snacks and drinks plus full catering for functions and events. Box Office is just across the main foyer of our modern, accessible building which is shared with Solihull Central Library and Solihull Connect the one-stop-shop facility for Solihull Council as well as the other new teams and groups recently arriving into Solihull's flagship community venue and information hub.

My daughter & I went to core theatre last Friday night to see fiddler on the roof & what a fantastic night we had .all the cast & the whole night was wonderful .A nice little cafe to buy drinks & snacks . What we really loved was easy parking & safe in touchwood and we had a lovely meal in cafe rouge Solihull We will be going back again next year 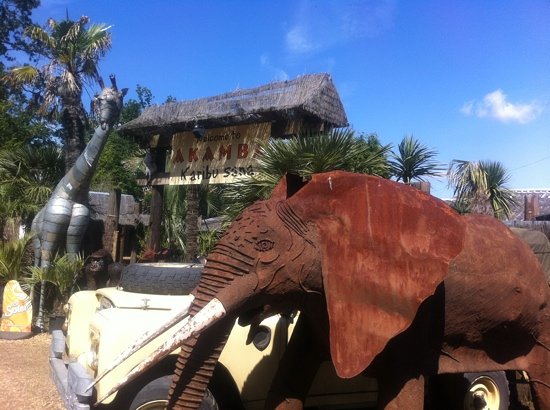 What an interesting place! Had a really nice meal, African chicken which was full of flavour and tasted authentic, the rest of our group opted for Caribbean cuisine which was really good - high praise from our Jamaican friend who had the Caribbean platter. There were kids meals too which were the usual nuggets & chips etc which you can’t really go wrong with. My two year old daughter was happy to try the curried goat too which was really tasty.
After dinner we also visited the reptile house where we we shown around by a lovely and knowledgable member of staff and where we were able to handle snakes, lizards and frogs. A lovely experience for adults and children alike. Will definitely be revisiting, hopefully on a warmer day though! 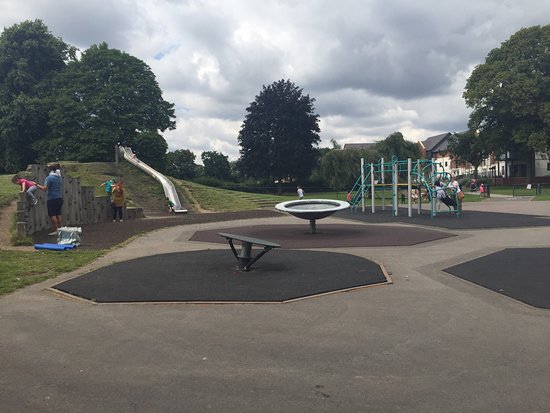 We lived in Shirley for many years and visited this well kept park often. Visited again today and were so pleased to see that the park has retained all its charm and beauty after the Shirley developments. Nevertheless, the park is still the natural heart of Shirley and really is a place for people to chill, children (and adults) to play and a chance to enjoy well kept roses and flower beds. 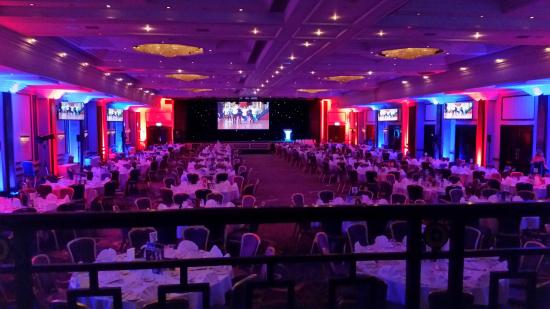 The National Conference Centre boasts an impressive 4550m2 of fully flexible internal event space. This makes it ideal for a huge range of events including largescale corporate conferences, awards dinners, Exhibitions and charity balls as well as smaller meetings, more intimate dinner parties and even roadshows requiring use of its 10,000m² external space. With 13 suites to choose from ranging from the Imperial and Britannia Suites, to host your large-scale events, to the newly refurbished Wardroom and Crows Nest Suite for more intimate and smaller meetings. This range of rooms makes it the ideal venue to host events for up to 910 guests. Its meeting capacities range from 16 to over 1300 delegates. The National Conference Centre boasts state of the art technical equipment and has an onsite AV production team who are experienced in delivering any level of requirement. With a team of dedicated event planning staff and its award winning kitchen brigade the venue really does deliver a seamless, customer focussed service. With over 500 free car park spaces, as well as its central location and proximity to the country's major road, rail and air networks, the National Conference Centre is The venue to host your next event.

My main criticism is lack of safe access from Birmingham International station for those attending by public transport (train) and bicycle. There are no signs to 'The National Conference Centre' at the railway station. There is no helpful guidance for bicyclists. There are no bike racks/rails for safe keeping at the centre, only an old wooden fence by the car park entrance. 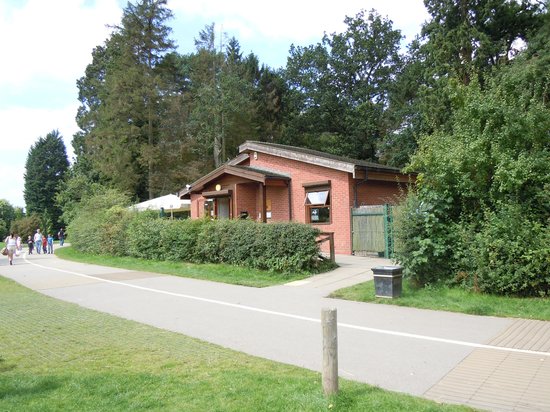 Set in the middle of Brueton Park, on the edge of Solihull Town Centre, the Parkridge Centre and its 5.5 acre nature area offer a tranquil setting for environmental education and information, plus a wide variety of nature conservation events and activities throughout the year.

A great place to come after a walk through Malvern and Brueton Parks. Staff are always friendly and helpful, coffee good, jacket potatoes excellent. The café also is the entrance to the lovely wildlife centre, which is great to wander around, especially with young children.