Best European restaurants nearby. Discover the best European food in Perranporth. View Menus, Photos and Reviews for European restaurants near you.. Perranporth (Cornish: Porthperan) is a medium-sized seaside resort town on the north coast of Cornwall, England, United Kingdom. It is situated 1 mile east of the St Agnes Heritage Coastline, and is around 8 miles south-west of Newquay. Perranporth and its 3 miles (5 km) long beach face the Atlantic Ocean. It has a population of 3,066, and is the largest settlement in the civil parish of Perranzabuloe. It has an electoral ward in its own name, to which the population was 4,270 in the 2011 census.
Things to do in Perranporth 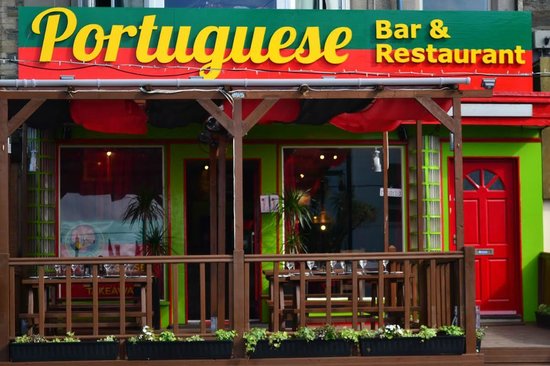 We are a Portuguese family that came to Newquay to introduce you all to our traditions... PORTUGUESE RESTAURANT is a new restaurant in the main road that wants to serve you with some of the best typical Portuguese dishes and wines, now with live music Fri

We were in Newquay for two weeks and we visited this restaurant on 3 occasions it was recommended to us by the proprietor of Gekcos guest house. So pleased he mentioned it .....it was amazing great food Brilliant owners and staff. So very friendly. We were in Portugal a few years ago and we had to keep reminding ourselfs we were in Newquay Not Portugal. Hopefully we will get back too see you again xx 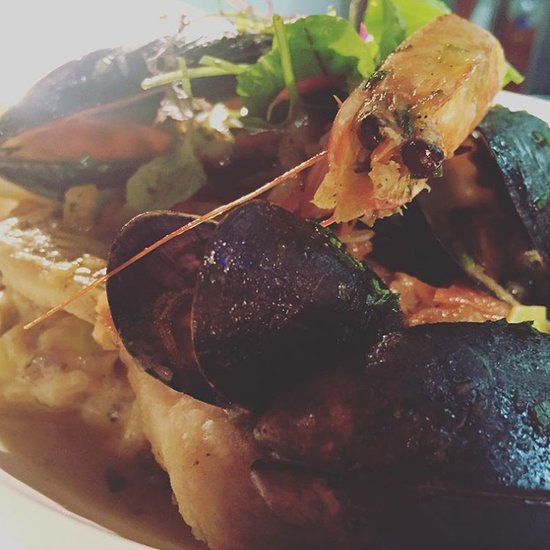 Ate here twice in a 4 day stay. Limited range menu but what they do they do extremely well and at reasonable prices.Had scallops and crab tagliatelle the first time; Cornish moules and sirloin steak the second time. Tasty cheeseboard to follow on each occasion.Delicious and all three of us heartily approved.Friendly, helpful and knowledgeable staff.Premises very clean, well situated with a nice ambience.Recommended. 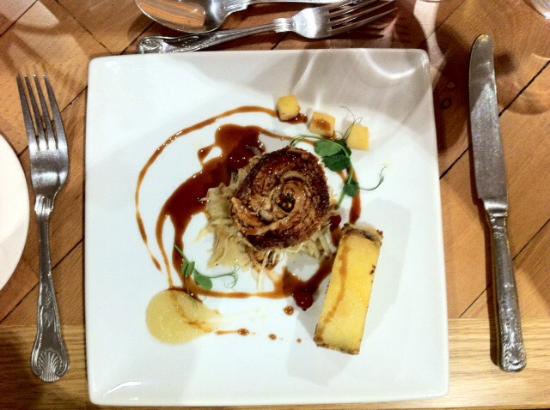 Indulge in delicious fare using the best locally sourced Cornish ingredients. From afternoon teas to three course suppers and full Cornish breakfasts we cater for it all in our 2 AA Rosette restaurant.

We decided to visit this beautiful property to celebrate a birthday/anniversary meal with friends. The hotel is set in beautiful surroundings and has interesting decorations; the numerous sitting rooms were inviting and comfortable with friendly staff. Unfortunately the dining room was very cold and less welcoming. However, our main disappointment was the incredibly overpriced menu and its limited choice. The actual food was reasonable in taste but tiny portions - nouvelle cuisine at its worst. Â£27 + for a steak that did not include vegetables and was hardly the size of a starter! The choice of starters were also limited and tiny in quantity. We were a small group of 9 and there were only 2 other couples eating - we believe a reflection of the expensive menu . We dine regularly visiting various places that are far busier and better supported by locals - this place may well be successful during summer months but during the winter perhaps they should rethink their approach. Unfortunately, we will not be making a return visit and cannot recommend to others. 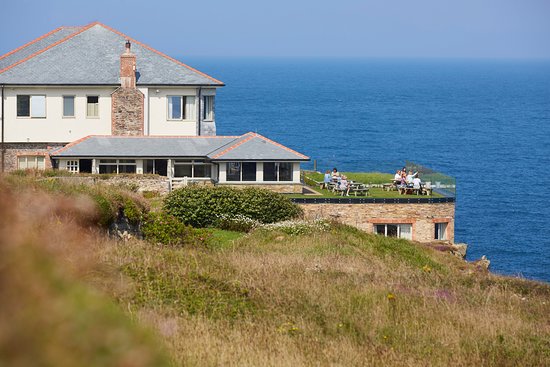 Nestled above the cliffs of Pentire Headland, looking out across the mighty Atlantic, The Lewinnick Lodge has one of the best coastal views anywhere in the county. Serving classic brasserie-style dishes that echo the beach life on our doorstep. We are ope

Lovely spot and great views from the garden. Were offered a taste of offshore lager before buying .... all good ... until the service. We stood at the bar for a good few minute (not a busy bar at all) whilst three or four bar staff stood behind the bar chatting and all putting glasses away rather than anyone serving. We only got served when another customer got fed up of waiting and shouted them to be served and also sent them to us. Real shame as our parents were also staying close by and told us of the exact same experience theyâd had there putting them off visiting again.Hello Lynne P, thank you for your comments. It is unfortunate you had to wait to be served at the bar as this not up to the standard we set for ourselves at Lewinnick Lodge. I hope this experience does not put you off returning in the future.

Where to eat Diner food in Perranporth: The Best Restaurants and Bars 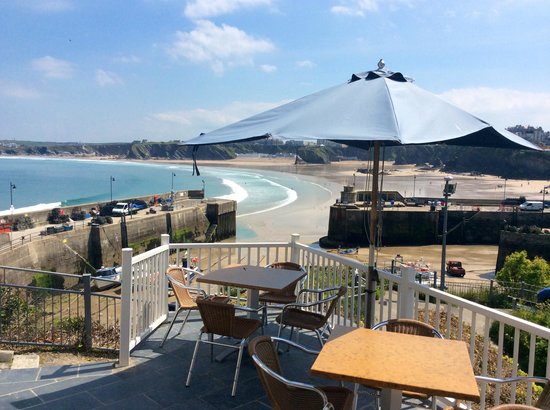 we arrived approx. 6pm and restaurant was very busy. was slightly disappointed that they had no haddock left. wanted to try the Huge Harry.they had cod and was available in Colassal Colin size or normal. service was very good. would love to try again but this time with the haddock. decent value for money.Little bit confused by this - was it a different restaurant you visited?We are the Harbour Fish and Grill in Newquay, situated on the Harbour. We don't serve Huge Harrys or Colossal Colins but we do offer a lovely selection of fresh fish, seafood, meat and vegetarian options! 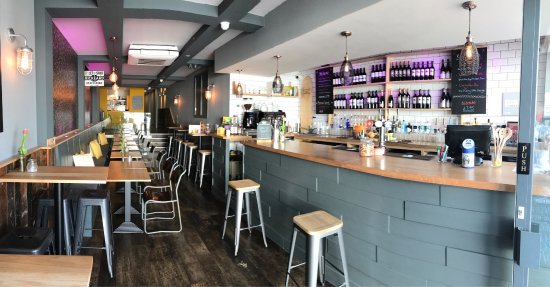 Unique family run lively Wine Bar in the heart of Newquay in a contemporary venue. Serving an excellent tapas menu complemented with wines, cocktails, beers, and rum and gin specials, plus a great music playlist. Tapas menu served from 6pm to 9.30pm with

This place is FANTASTIC.Really struggled over the years to find a decent restaurant in Newquay that isnât a go to chain or fish and chips. Found a right gem with this one.Came Tuesday 27th with my wife for the last meal of our holiday and did the 6 tapas dishes, chips and a bottle of wine for Â£40. What. A. Deal!Wasnât too keen on the wine myself but Iâm not a wine drinker so canât take anything away from my experience for that.Spoke to Toast about my reservation in advance to put my time back 30mins as I wasnât sure Iâd make it on time and they were as good as gold in doing so, and even more so when we ended up getting there 15mins early explained that itâs was perfectly fine to turn up then, but gave us the heads up that food would take longer- which we were fine with and appreciative that they said this and were open with us.The staff from the off were great, the guy behind the bar especially and the 2 girls helping you were also good. Thoughtful and polite, not like the generic staff you get at other restaurants, these guys are a credit to this please and helped make the experience so much better!The food, wow, weâve had tapas in Spain and places all over England however this was hands down the best Iâve had. Couldnât fault anything we had, brought out all together and cooked to perfection. The chips, without doubt the best in Newquay, and Iâd go as far to say some of the best Iâve ever had! It was fantastic, and I literally could have eaten it all over again.This place is top notch as far as Iâm concerned - I wonât hesitate to recommend it, and I hope to pay another visit when Iâm back in a years time!10/10Fabulous review!! Thank you so much 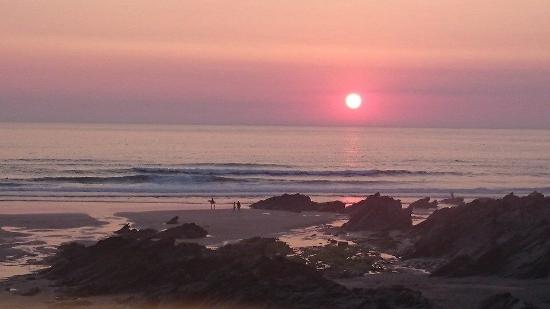 Whilst visiting friends in the area they booked us to The Fish House (they have visited previously) on Thursday 31st and overall we had a most enjoyable evening. To start we had the Grilled Scallops (3) with ginger, garlic, black beans soy and sesame oil Â£8.95 (excellent) and the Seafood Sharing Board (crab cakes...lovely, two salt and pepper shell on prawns, piquillo peppers stuffed with salt cod...very good, light battered squid with aioli ..disappointed....fresh focaccia...lovely texture but could have done with a little more flavour of garlic and herb) Â£17.95. For mains my wife had the Whole Plaice Â£23.00 to which she said was excellent as was our other mains ..Chickpea Stew with grilled hake Â£18.95 (hake cooked to perfection and lovely flavours in the stew)...Roasted Hake Â£18.95. To accompany our meal we had a bottle of Verdejo Â£18.50 and a 250ml glass of Tempranillo Â£6.50. The service overall was attentive, helpful and friendly especially Tia. There is no service charge.We would certainly visit again when in the area.

Serving the very best of local and home grown produce in the beautiful surroundings of tranquil lily ponds. A daily changing menu of classic British and European dishes with a select wine list.

We were staying with friends in Truro who very kindly took us for lunch at Penrose Kitchen. It was a wet and miserable day and the restaurant didnât look particularly inviting from the outside. However, our friends also love good food and had dined there several times so we were still hopeful of a tasty lunch. As soon as we stepped inside we were warmly greeted by Sam and as we looked around were pleasantly surprised by the warm and cosy dÃ©cor. Sam and her front of house team are friendly and helpful but not intrusive which can be a rarity. The food, particularly the first course of slow cooked lamb, was soft, tasty and absolutely perfect. We have eaten lamb on a couple of occasions in restaurants since our visit (including one with a Michelin star) and both my husband and I found this dish to be far superior and are using Benâs lamb as the benchmark. I thoroughly enjoyed meeting and speaking to Ben after our lunch and had to be dragged away by our friends so that he and Sam could prepare for dinner that evening. I love everything they are doing here particularly keeping it local and sustainable and it was evident that Ben is very passionate about food. I have one regret â that this restaurant is more than 300 miles from home!