Top Things to do in Reit im Winkl

Top 7 Things to do in Reit im Winkl, Germany

Reit im Winkl is a small village (locally known as a snow-magnet ) located on the German/Austrian border in the southeastern part of Bavaria, Germany in the Traunstein district, and was previously an immigration and customs control point (prior to the formation of the Schengen Zone). It is situated south of Chiemsee and southwest of Ruhpolding - home of the Biathlon World Cup - in the Bavarian Alps and facing towards Tyrol. The village lies next to the Austrian states Tyrol and Salzburg. Kössen in Tyrol is the next village on the river Lofer, before it joins the confluence of the river Tiroler Achen. Reit im Winkl has a population of approximately 2,600.
Restaurants in Reit im Winkl 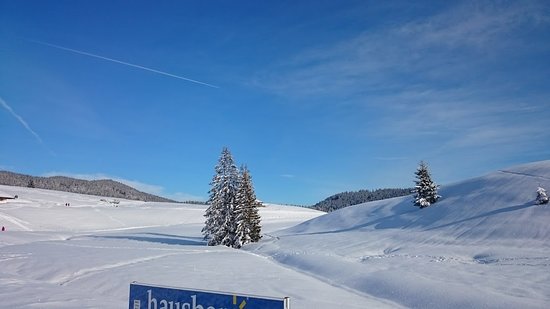 We skied down into Germany from Waidring, and way down across the border, at the end of the long green run, is the Würstl Alm - the Little Sausage Croft. We sat out in the sun and ate our little sausage. Quite a big sausage actually - I went for the Käsekrainer. The what? Well, it was either that or the Debreziner. The Käsekrainer turned out to be a spicy sausage with cheese. Not hugely spicy, but nice; you could taste the cheese in it.
The place itself is set back slightly from the run. It's an old wooden farmhouse with a window. The troll inside takes your order and it magically appears. There is no attempt here to cater for the usual anglophone ignorance of the German language, but since the menu is limited, you can get by with Wurst and Bier. You might struggle with "Mitgebrachte Speisen und Getränke dürfen hier nicht verzehet werden". It means "No Picnics "
Apparently you can ski on down from here to Reit im Winkl, but it's a long slow road and the snow was already slushy. 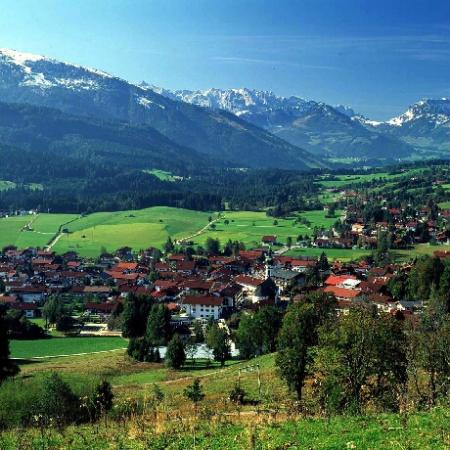 Easy to park ( €5 per day ) and easy access to ski hire and beginners slopes. Free buses take you up to slightly more advanced runs. Allow plenty of time to get kitted up in the hire shop. Excellent staff in the Intersport hire shop. Staff good at the kids ski school. Cafe at bottom of slope too. Not a great range of food , but enough to refuel.

Unfortunately we have had quite a few clerical errors, which could have ruined our trip.
Problem 1)
After emailing the company and confirming our date of our lesson, we had a call a week early asking where we were. Rather confused, at home in our pjs, we forwarded the email we sent with the original date and lessons were booked for the day we wanted.
Problem 2)
The email told us to turn up at their town offices at 9 am ( which we did ). We arrived, paid for parking, then were told we were at the wrong location. But hired our equipment here.
Problem 3)
Arrived at car park at 9:45 ( 15 mins before lesson was due). Went to one office. Another wrong Hausberg office, laden with equipment.
Problem 4)
Went to next office. 10:07. We were told we just missed the instructor and he had gone up to the slopes to wait for us.
Problem 5).
Arrive on mountain, approx 10:20. Leave my husband standing by hausberg sign, whilst I walked from place to place asking for help. Eventually found a kind hausberg instructor (time 10:35) who called back to office. No one knew where our instructor was. We had no phone signal, so at 11 we went back down the mountain.
Resolution- the lady (Immie) in the office was kind and really tried her best to resolve the situation. After waiting another 1.5 hours they found another instructor who started our lesson at 13:00.
We were beginners, so if no one turned up, we would have been down €225 and couldn't use our equipment or ski pass- we couldn't ski.
When we went back to return the equipment. I kindly said I was disappointed to which the lady said our instructor waited until 11! LIES! and we had proof - the other instructor. Afternoon lessons are cheaper. We had no refund. No compensation. But more than anything we had apologies from the wrong people. The people that were sorry were not the people that should have been sorry.
Our instructor (Leonie) was lovely and a credit to the company.
Please sort out your organisation. It was quite distressing and tiring.
Glad to be home. 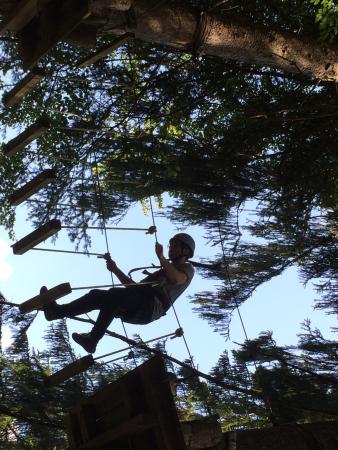 Reviewed By vanDijk2518 - Landgraaf, The Netherlands

It was my first time in Kletterwald. The platforms are not too difficult. The staff is very helpfull. It is free for kids (and teens), in summer, each tuesday and thursday if u stay in Reit im winkl.Hello van Dijk2518, many thank for your last years feedback! We hope we will see you one day back in our forest? Thanks, SAYAQ Adventures -Team 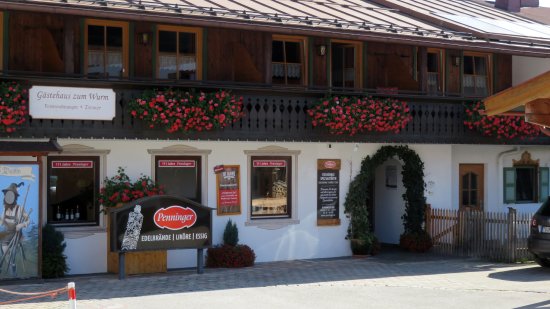 The small shop offers a broad variety of fruit brandies, spirits and liqueurs as well as handcrafted vinegars and other delicacies. The different products of the Penninger destillery can be sampled for free and our competent staff will be happy to consult you. In the modern salesroom you can also find historic stills from Germany and Austria.

We were staying in the hotel across the street and had read that this was a "must visit place" in town. We went into the place and saw that they had a "display" to explain the distillation process but the primary focus of the place is retail. No one offered to explain the history of the place or the manufacturing process despite speaking German. The only time the staff spoke was to help us select something to purchase. While they did have lovely gift packages, etc., we would have been more inclined to buy something had someone engaged with us to explain anything about the brand and the process. They have to work on their skills in that area. 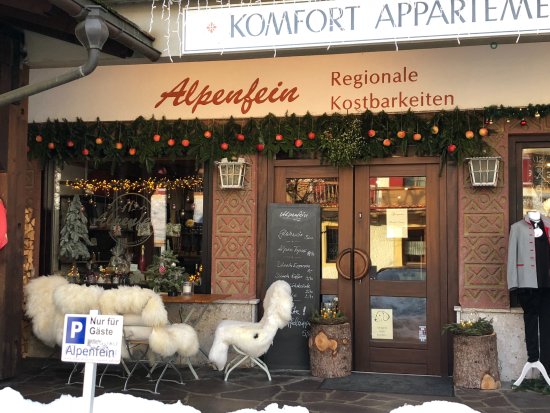