Stonehaven (/stoʊnˈheɪvən/ ( listen); [stinˈhaiv] ( listen)) is a town in Aberdeenshire, Scotland. It lies on Scotland's northeast coast and had a population of 11,602 (Scotland's Census 2011). After the demise of the town of Kincardine, which was gradually abandoned after the destruction of its royal castle in the Wars of Independence, the Scottish Parliament made Stonehaven the successor county town of Kincardineshire. Stonehaven had grown around an Iron Age fishing village, now the "Auld Toon" ("old town"), and expanded inland from the seaside. As late as the 16th century, old maps indicate the town was called Stonehyve, Stonehive, Pont also adding the alternative Duniness. It is known informally to locals as Stoney.
Things to do in Stonehaven 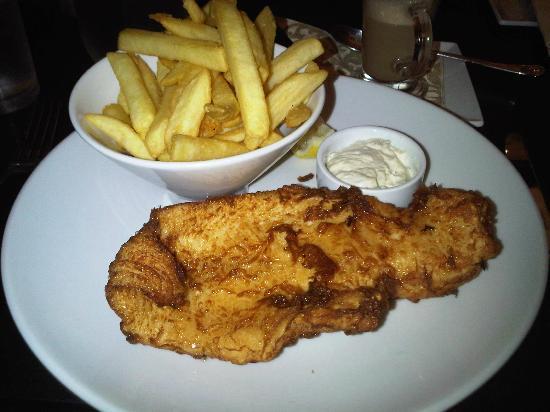 Situated in the historic fishing village of Catterline, perched on cliffs overlooking the bay and harbour, The Creel Inn is set among some of North East Scotland&apos;s most beautiful coast line

Visited the Creel Inn at Catterline, and wow we were very impressed. The service was charming and friendly and the food was awesome, and that is not exaggerating! The Creel offers fresh local fish and seafood and a great selection of whiskies. Try the sharing platter for starters: Chilli and ginger tiger prawns, scallops, mussels and salmon accompanied by red papper mayonnaise and rustic bread. Or the Cullen Skink, a local fish soup, made of smoked haddock, potatoes leeks and onions. For the mains we had halibut, sea bass and lemon sole served with mussels.
There is a busy, bustling bar, well supported by the locals, offering several local real ales.
If you are in the area, don’t miss the opportunity to visit this little gem of a restaurant. 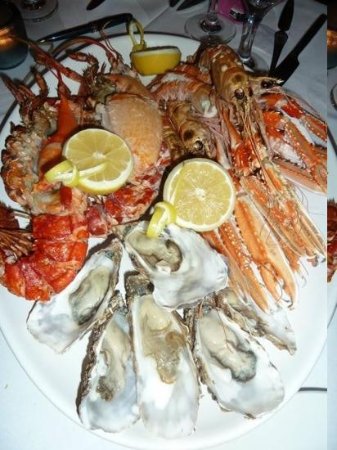 It takes more than good food to make a great restaurant.
I booked the table by the window as it has the best view, it was a special occasion, my mother in law's 65th BIrthday and the first since her husband passed away. I had emailed and called ahead to arrange a cake for her, and asked for it to be added to the bill and told asked them to write Happy 65th Birthday Vicky on the plate, just to make her feel a bit special. I called again that evening to check the cake was arranged and they said yes.
We arrived dressed up for dinner, the owner took our coats, but we immediately felt the frosty atmosphere, there was no heating on and the entire restaurant was ice cold, I could see the other diners were all wearing jumpers, gilets and fleeces! We asked the waiter for our coats back, and when he told the owner, we overheard him say "What do they expect, they are sitting by the window". How rude? Should he not be embarrassed that he had not heated the place sufficiently for his guests?
We proceeded to eat our entire meal with our coats on and our feet frozen. The food was delicious, 8/10... 1 point taken off for watery muscles, and another for the small portions... The staff were not friendly, but they were efficient I guess.
The dessert/birthday cake came out, with one candle, no writing, and the just waiter set it on the table and walked off. No ceremony, not even a smile or a "happy birthday". It was all a bit lackluster and disappointing. She did not feel special and we were embarrassed.
We were planning to spend the entire evening there and order dessert, cheese boards, ports, coffees and brandys, but after dessert, we just went home to drink our own brandy by the fire! 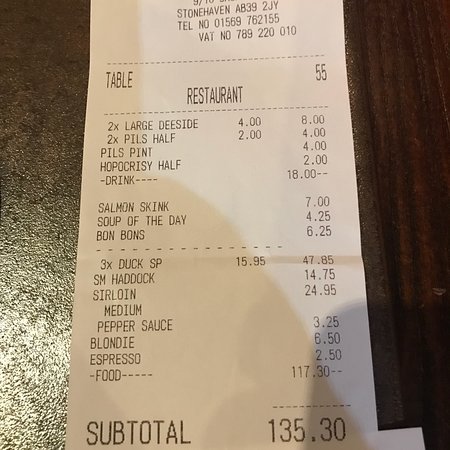 The menu
Wide range of beautiful dishes, something to suit everyone the specials also have a wide range to choose from which suits picky eaters!
The location
Th location is lovely inside the and welcoming great atmosphere and staff are lovely and inviting, the views are beautiful from the windows!
Food
This is my second visit and I am not disappointed everything was cooked perfectly, presented beautifully, you get a feeling of care taken by staff for it to not only taste but look amazing!
Drinks
Wide range of drinks to choose from on the menu there is a paring next to each dish for the best beer! Very helpful.
The price
It's worth every penny you get large potions and the quality is there!
All in all a pleasurable experience nd somewhere I recommend and will return to time after time

4. The Captain's Table at the Ship Inn 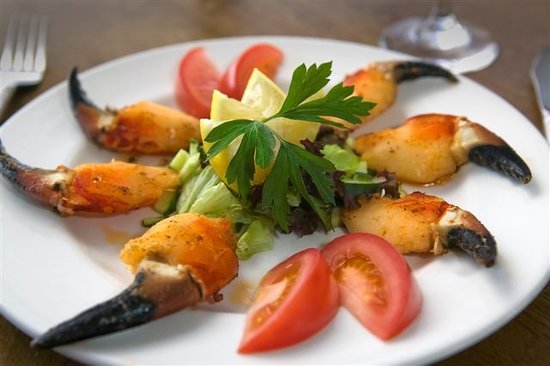 Historic inn (1771) on the edge of Stonehaven&apos;s picturesque harbour. Stylish glass-fronted restaurant (38 covers) with extensive and varied menu. Seafood a speciality and daily specials board. Meals also served in cosy bar which offers a good range of draught (including real Ales)and bottled beers and ciders. Wine available by the glass or from wine list. Over 100 Single Malt whiskies. Wide selection of soft drinks and excellent freshly ground coffee.We also have an outside Terrace overlooking the harbour where we serve meals (weather permitting).11 luxurious ensuite bedrooms (7 with harbour views).

Visited the establishment at the beginning of the month for a lunch to celebrate my Father’s birthday. As a group of six we slotted perfectly into the back corner of the bar, right next to the lit fire which was lovely considering the frost outside. After choosing our beverages from a vast selection of beers, malts and spirits we sat and studied the menu. I opted for the halloumi batons which were served with a crisp side salad and a zingy salsa, a very well balanced dish. This was followed by the slow braised blade of beef, served with horseradish mashed potatoes and Savoy cabbage with bacon and a red wine jus, the beef simply fell apart and the horseradish mash complimented it perfectly. Other guests enjoyed the Cullen skink, haggis fritters and soup, followed by burgers, haddocks, seabass and a mixed grill, all of which were of an extremely high standard. Sadly I had no room for desert but the waitress happily made us each tea or coffees which were nice and piping hot. Overall I enjoyed my experience at The Ship with the attentive, efficient bar staff and talent chefs, also a beautiful view so would highly recommend visiting if you’re not from the area, or even if you are just visit for a delicious meal! 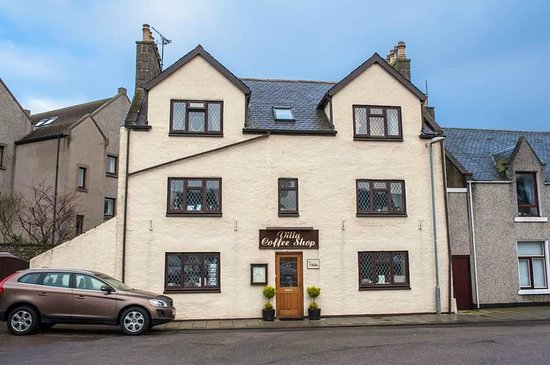 Family run business offering good home cooked food or simply coffee and Homebakes . Your are always assured of a friendly welcome in pleasant surroundings. Well worth a visit. 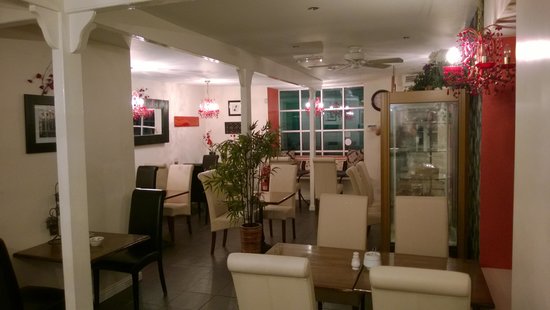 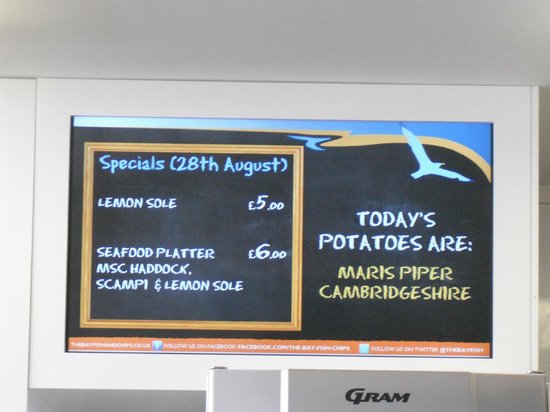 Delicious fish & chips and sausage suppers. There are lots to choose from, and always lots of people waiting to be served, but you don't have to wait long. There are a couple of tables outside to sit at, with a views of the beach. We sat outside one night in October eating our fish & chips, it was dark but we were well wrapped up. 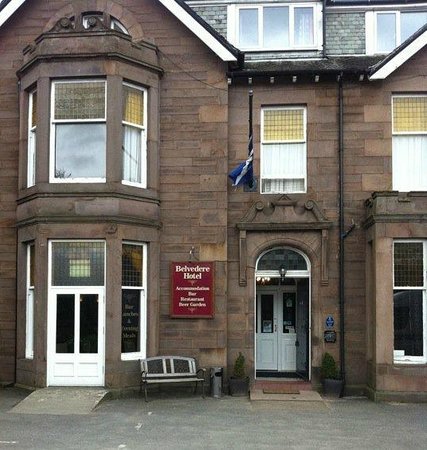 I used to really like it here but I believe they have changed management and it's not as good as it used to be and haven't been back since.
The food is alright.

9. The Stack Restaurant and Bar 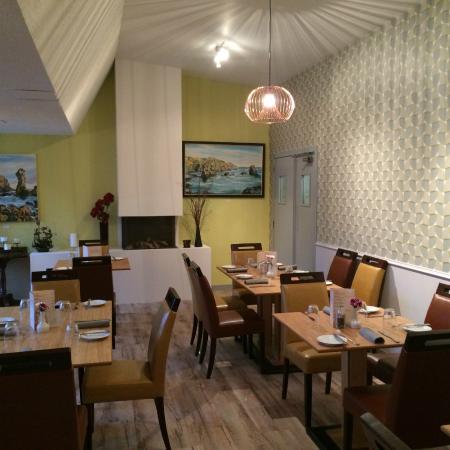 The Stack Restaurant and Bar,where you&apos;ll find locally sourced, seasonal food which has been attentively prepared and served in a relaxed and welcoming environment, alongside a well -stocked Bar. Situated in the coastal village of Muchalls, just off the A90, and 10 minutes from Aberdeen, the restaurant derives its name from the sea stacks located on the beautiful surrounding coastline.

With the snow falling heavily outside it was great to be in this cosy restaurant with its blazing fire. The highlight was The Stack Burger, fresh and tasty, the onion rings really crisp. The Moroccan Spiced Chicken was also very good as was the calamari starter.
Service was good and attentive, and the background music was at just the right level, not loud and intrusive.
Well worth another visit to check out some of the other dishes. 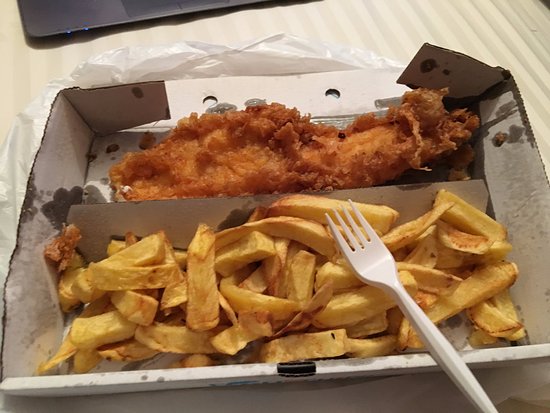 Usually go to another fish & chip shop. Decided to give this one a try. Chips were OK but on the oily/floppy side. Fish was quite good.