Top Things to do in Kalk Bay

Kalk Bay (Afrikaans: Kalkbaai) is a fishing village on the coast of False Bay, South Africa and is now a suburb of greater Cape Town. It lies between the ocean and sharply rising mountainous heights that are buttressed by crags of grey Table Mountain Sandstone. A literal translation from the Dutch/Afrikaans name "Kalkbaai" is "Lime Bay". This derives from the vast deposits of mussel shells found there, which early settlers burned to make lime for construction. Lime kilns to roast mussel shells are still found along the west coast. The railway from the central business district of Cape Town to Simon's Town passes through Kalk Bay and in some places the line is only metres from the water's edge.
Things to do in Kalk Bay Cape to Cuba was created by the van Vuuren family way back in 1999 and going from strength to strength! Nominated as one of the 100 coolest restaurants on the planet with our unique décor, ambience, sandbar & whale watching from our deck and bar! We made the first Mojito in this country and have sold close to 4 million to date, and are known for our legendary cocktails. Our line fish is served fresh from the harbour daily. One of our specialties is a chocolate chilli fillet steak, a favorite with our regulars for years. We sell cigars, Panama hats, shirts and skirts from the island. Live music every Sunday 4 to 7 in our beach bar. For parties and functions we offer fabulous platters or individual tapas & in the restaurant special set menus.

Really great bar with great sea views. Exceptional value, Cocktails were to die for and worked out less than £5 each! Really quite deceptively large area with tables & Seating outside with pure white Sand inside and outside! Thoroughly recommend a visit. 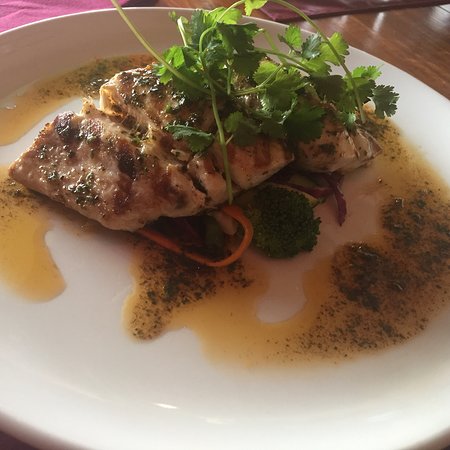 Harbour House Restaurant is located in the heart of an old working fishing harbour.Come and experience fine dining as the waves splash up against the windows while you enjoy the freshest seafood and line fish caught from our own boat.Window tables are a must so Reservations are essential!

This is our 5th holiday to SA, and we have eaten at a number of fabulous restaurants over the years. This ranks as one of the poorest dining experiences we have had to date. We booked months in advance and were seated away from the main dining area and felt completely away from it all. There was no atmosphere at all. The menu promised well, my Sushi starter was great, but the Yellowtail main was really disappointing and was set on an oversized bed of garlic mash, with a few green beans and a little rocket, the mash was way too heavy and boring (I felt like I could have knocked the dish up at home). My husband chose a prime cut fillet of beef, it was massively salted and we have absolutely no idea what prime cut this was, the mushroom mousse was tasteless, cannot really comment further. We came away feeling we could prepare better food ourselves. Maybe we chose badly, but we felt this establishment is probably benefiting from its location and past reputation. Sorry to feel so disappointed. 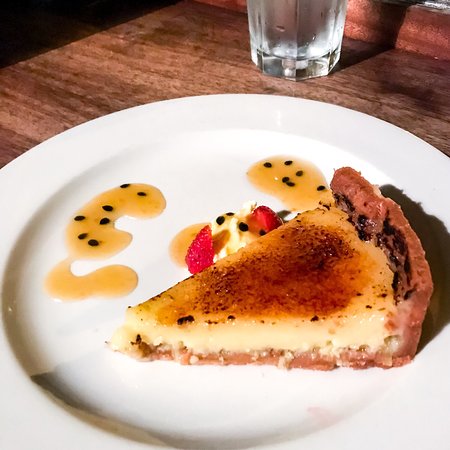 A favourite of locals and tourists, come and enjoy a meal or buy something from the bakery shop

The service and the kindness of the waiters was absolutely perfect.
Helpful, fun, apparently some of them have been working there for over 15 years....which tells they are happy doing what they do and call it a life style.
The food was absolutely delicious and i can highly recommend the oysters and mossels for sea food lovers.
The jazz was at the back where the actual baking happens.
The smell of bread and pastries is present.
You can buy bottles of wine and take them with you whilst seated.
The sound was good.
It was a great great experience !
Bravo Olympia and well done to the promoter. 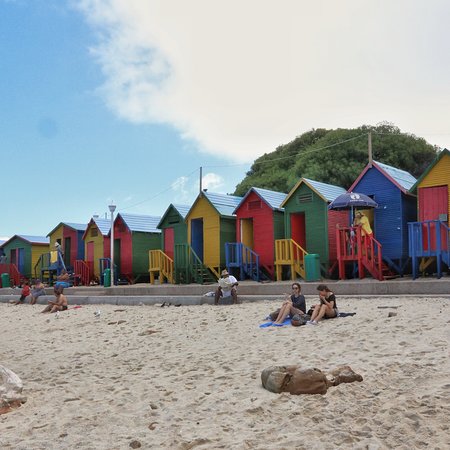 The Octopus&apos; Garden Restaurant gets its inspiration from the Beatles song. Ringo Starr was inspired by the tendency of Octopi to collect shells & stones to create an environment/ &apos;Garden&apos; in which they live &apos;Under the Sea&apos;. A warm, quirky eclectic vibe, with friendly, sassy staff that make you feel like you have just entered someones lounge. A selection of the finest (locally brewed craft beer) gourmet pizzas and a quirky, interesting menu that suits vegetarians, vegans and carnivores. Best grilled chilli poppers in town!!! There is a large beer garden and shaded courtyard with fairy garden, childrens organic jungle gym and treehouse. Dogs are very much welcomed and are even catered to on the menu Octopus garden. We serve many Vegan and Vegetarian meals.

How this restaurant has a rating of 4.5 is beyond me. Very limited menu: only pizza. Didn't have many of the ingredients for the limited menu. Service diabolical or non-existent. Then. The wait. Food took an hour and a half and only appeared when I threatened to leave. Another big table left while I was complaining, they hadn't even been served! Apparently a chef hadn't pitched up but that doesn't explain the limited menu and lack of ingredients. So many good restaurants in Cape Town. Please don't bother with this one. Used to be good and now? No. Just no. 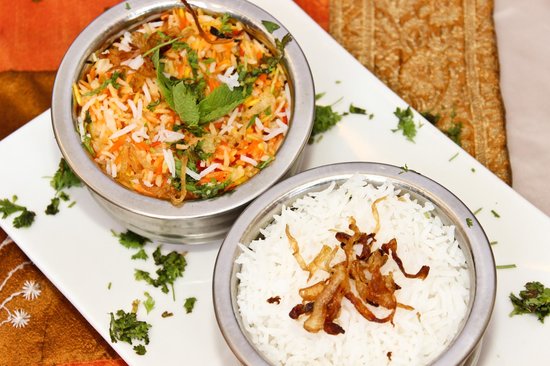 We ordered veg Korma and Lamb Korma. Average quality mains with above average Naan bread. No cutlery provided and a scarcity of front of house staff meant we couldn't even attract the attention of someone for help. We ate with the serving spoon.
Ordered a second round of drinks once we finally waved our hands and called out to a passing waiter... never arrived.
How the heck do you hope to remain in business? 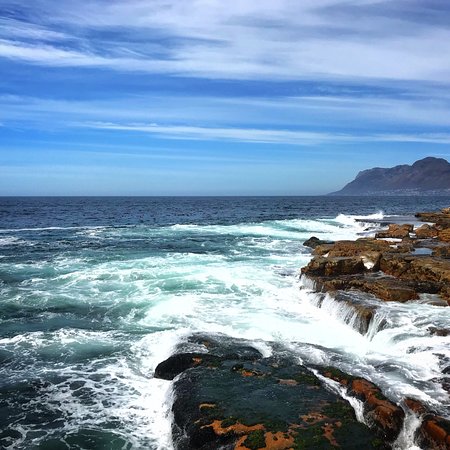 During the month we stayed in Kalk Bay my wife and I visited Live Bait a few times and found the staff and food very good.
If you get a table by the Windows it is great for people watching over the harbour. It is always busy in the evenings so we usually got in around 6pm and always got a table. 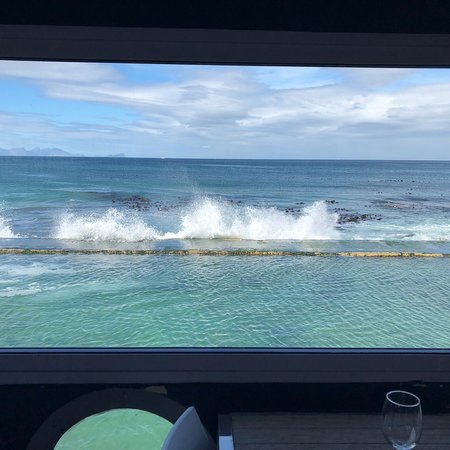 Food, Fun, sea and sun are the essence of this spectacular venue which has views over the Kalk Bay harbour, Simonstown and all the way across False Bay. Enjoy a meal and drinks with friends in a relaxed and laid back atmosphere literally right on the ocean. During a high tide it is not a rare occasion for the waves to splash up against your table. Choose from our 8 different venues to enjoy a delicious meal or cocktail with a view. The Brass Restaurant & Pubs venue is an iconic institution and is continuously upgrading to ensure complete customer satisfaction. We aim to please!

Surprised a friend for his 50th birthday and had dinner at the upper restaurant in brass bell. The food was great - my wife had the fish Kob (recommended by Jacky our hostess) for the first time and found it very delicious (new favorite), and...MoreGood morning Thank you so much for taking the time to write your 5* review. So glad you enjoyed all your meals and that you have a new favourite meal! We will pass on your lovely comments to our very efficient and pleasant waitress Jacky. 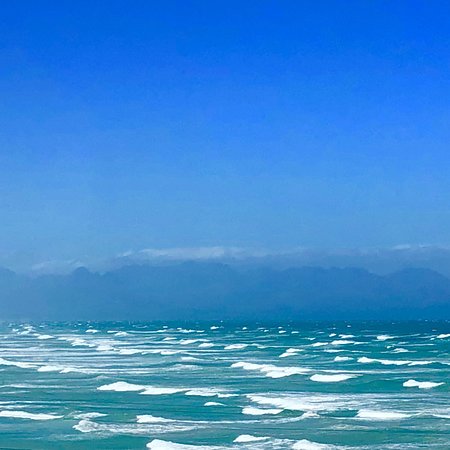 Built in 1929 to reflect the spirit of 18th century Venice, Casa Labia is the former Muizenberg residence of Count and Countess Natale Labia. Cucina Labia occupies the ground floor and outside areas of Casa Labia. Many parts of the restaurant have views of False Bay. In keeping with the heritage of the Labia family, our menu is influenced by Italian cuisine. The venue is also used for weddings and other events. 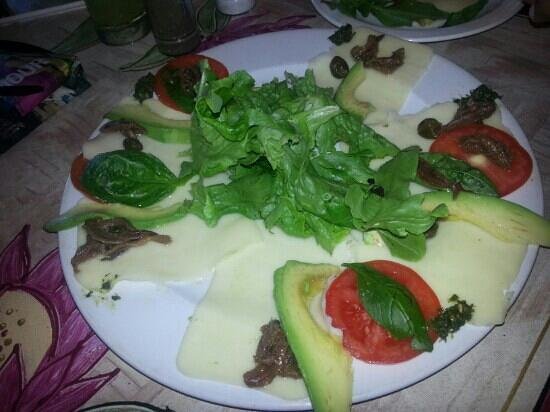 What can I say other than truly exceptional and our favourite restaurant in Kalk Bay. Wonderful Management and Staff are truly attentive. Never had a bad dish! Starters somewhat limited - but oh my god what they have is great. Mussels, Calamari and Seafood Ravioli...MoreThank you. Satori Amazing location, amazingly fresh seafood (hake and chips) and good value for money. Very very busy on the Saturday but service is quick. Spartan ambiance and a bit noisy but it all adds to the fun for a casual Saturday lunch. Our fried calamari was so juicy and fresh. The grilled calamari even more so. Serving is hefty and you will never leave hungry. In fact, you leave with a dogie bag. And if one is not won over by the fresh seafood food and location right at the Kalk Bay Harbour, then perhaps one of their waitresses, a feisty and witty one (a bit of a celebrity with an article about her on the wall) who calls out the numbers, will. A must try for both cape Townians and tourists. If you are a seafood lover, one of those places you want to go back to again and again. The harbour itself is very scenic with all the fishing boats. And an added attraction is a family of seals right there by the harbour. Feeding time is fun to watch. Entertaining for the kids and adults alike. And of course, there a fresh fish market a few meters away along the harbour if you want to buy fresh caught fish. Will be back again soon.