The 9 Best Things to Do in Basingstoke, United Kingdom (UK)

Basingstoke (/ˈbeɪzɪŋstoʊk/ BAY-zing-stohk) is the largest town in the modern county of Hampshire (Southampton and Portsmouth being cities.) It is situated in south central England, and lies across a valley at the source of the River Loddon. It is located 30 miles (48 km) northeast of Southampton, 48 miles (77 km) southwest of London, and 19 miles (31 km) northeast of the county town and former capital Winchester. According to the 2016 population estimate the town had a population of 113,776. It is part of the borough of Basingstoke and Deane and part of the parliamentary constituency of Basingstoke. Basingstoke is often nicknamed "Doughnut City" or "Roundabout City" because of the number of large roundabouts.
Restaurants in Basingstoke 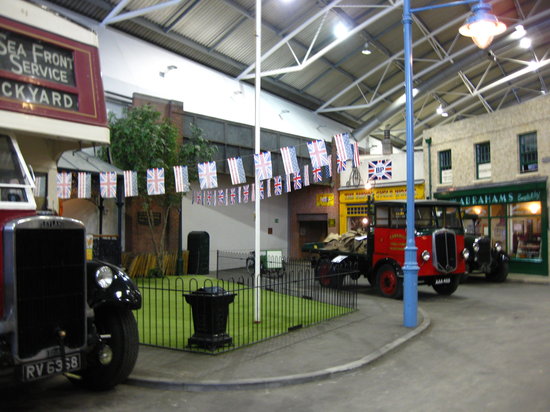 Step inside the story of our social, retail and industrial heritage and imagine what life would have been like during the Victorian era and the 1930s as you explore the life size streets, buildings, shops and vehicles, all under one roof. Be inspired by wonderful collections from vehicles, toys, domestic appliances and lots more! See how our homes developed through decades from 1930 - 1970s with our authentic room-sets. Experience our 1940s sweet shop when you purchase an old penny for £1 to buy your 2oz ration of sweets in the sweet shop. Have fun in our vintage penny arcade. Dress up in Victorian costumes. Under 5s can also enjoy our play post office. Experience our working Edwardian pub where you can enjoy a pint and a Sandwich. Events such as LEGO and Father Christmas Grotto at selected times of the year.

A surprise trip to celebrate mother's Day. Much more than expected. Very well laid out, interesting and fun. At the time we visited we had our three year old granddaughter who loved the Lego statues, although these are not there all the time. The penny arcade took us back to our own childhood as did the sweeties on sale in the sweet shop. Changing up modern money for old pennies and rations is a nice touch. Suitable for all ages, those seeking nostalgia and those wanting to know how their grandparents lived. Great value day out and as many returns in twelve months as you want. A big thumbs up The Anvil is one of Hampshire’s largest entertainment venues and offers a wide range of entertainment for all ages including stand-up comedy, theatre, ballet & opera, classical music, pop Concerts and pantomime. This year we’ve welcomed top class performers including Lee Evans, Boy George and Billy Ocean and also had the pleasure of hosting one-off events such as the last UK concert appearance of the great pianist Alfred Brendel.

Off to The Anvil to savour a great performance from Virtuoso Nicola Benedetti and the super Orchestra of the Age of Enlightenment conducted by the acclaimed Marin Alsop both of whom, talented as they are, retain a genuine humility and great connection with the audience.,
The programme was well received and appreciated by a packed audience and for me, not being overly familiar with the Symphony 4 of Beethoven, it grabbed and maintained my attention thanks to the detailed , accurate playing and the use of period instruments.
We were fortunate to be almost amongst the players situated as we were on the left hand side circle and were privileged to here and see Nicola Benedetti perform the well known violin concerto with hergreat incredible talent followed by her own rendition of Auld Langs Syne as an encore.
A memorable evening in Basingstoke's world class auditorium. 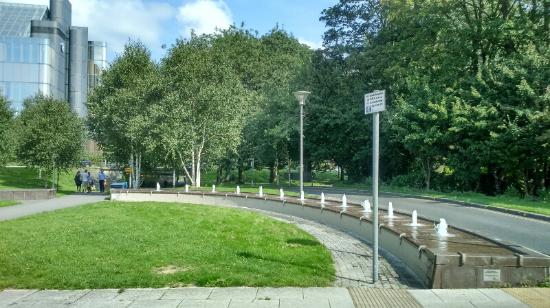 This is a lovely large grassy area just off the town centre and close to some of the office buildings.
Very popular in the summer months, with office staff coming out to enjoy the weather and eat their lunch on weekdays and populated by families and groups of teenagers after school and at the weekends.
There are vast areas with well kept paths to walk around, boating lakes and ponds with ducks and swans to feed as well. There is a concrete area surrounded by small walls which act as Seating and further paved areas around the lakes for children to play with bouncy balls and ride-on toys. Lots of space for picnics and some picnic benches dotted around the area.
There are play areas aimed at both younger and older children, so plenty for all to do at any age. 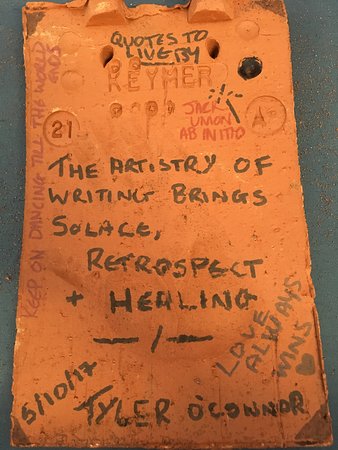 Please note the rooftop walkway is now closed. As a £5.4m roof project draws to a close, young adventurers can enjoy a number of family trails through the grounds of this former Tudor palace. Amble past a six-hundred-year-old oak tree, tiptoe inside a 17th century summerhouse and stride across our north lawn. Out in Morgaston Woods, intrepid explorers can try their hand at den building, orienteering and geocaching. The ancient woodlands reveal traces of history if you know where to look. See if you can spot the remains of medieval fish ponds and a Second World War munitions storage site. For a chance to glimpse wetland wildlife, you visit the purpose-built bird hide. Inside the house, visitors of all ages can be transported back to 1535 when Henry VIII visited with Anne Boleyn. Head to the chapel to hear a Tudor mass soundscape or venture into the Saloon to discover a Victorian owner who replaced The Vyne’s roof from 1842.

It was very interesting to visit the Vyne again, and to hzve the chance to go in the lift and see the roof and the work that is being carried out. I found it quite mesmerising. The sun was shining, the snowdrops and winter aconites were blooming, and there were numerous birds on the river. It was a truly lovely experience. 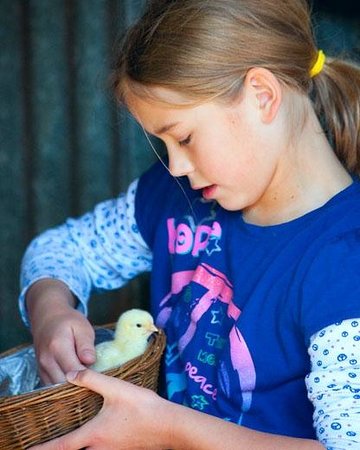 Come and experience life on the Farm! Manydown Family Fun have four events running throughout the year Easter Lambing over Easter school holidays, May Half-Term Holidays, Summer Maize Maze, summer school holidays) and the Pumpkin carving Event over october half term. Through all our events you can come and enjoy the 'Field of Fun' which includes loads of adventure play, inflatables, farm animals, woodland walk, tractor and trailer ride, trampolines, sheep racing, crazy golf... and MUCH more! It's fun for all the family. All activities are included in your ticket. There is a popular on-site cafe, the 'Farmers' Retreat' with food for farmer's young and old. Entry prices please see our website

I was "on duty" with my six year old grandson and took him to Manydown for the morning. In many ways its a little bit old fashioned, not a plug or screen in sight, but he had a great time. The trampolines were well thought out and he spent ages on the bouncy slide. The Maze was unattended but we went in anyway and got properly lost so it is certainly something to test our memory. In fact we didn't get as far as the Farm itself which looked fine. Food options are not extensive but adequate. I suppose you might say its overall a bit basic but I would argue it allows kids to get some good exercise and blow off steam in a safe environment whilst using their imagination. Not the cheapest day out but fair value. 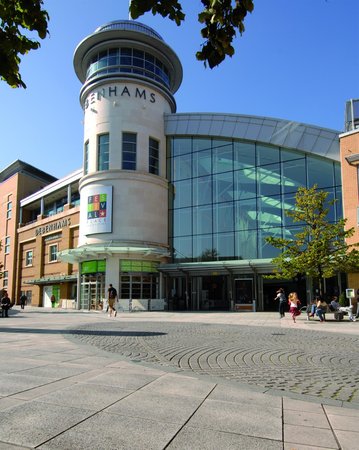 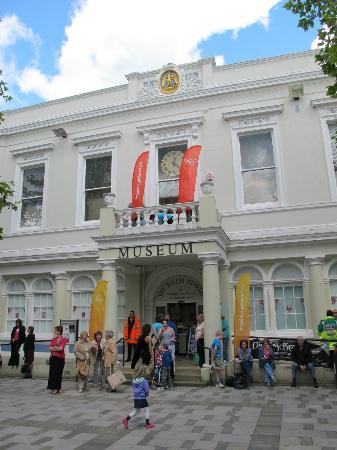 Popped in to sample yet another fine exhibition at the Sainsbury Gallery.This was the Garden photography featuring garden themes across the world.My two favourite scenes were close to home featuring Capability Brown's garden at Chatsworth with the winner being Jude Gadd's "A misty Sunriseat Chatsworth Park" which was immensely atmospheric. Being a little of a transport follower I couldn't but be impressed by "The Crossrail Roof garden at Canary Wharf". Also in Greening the City " US veterans Disabled for Life, Washing ton DC" was both attractive and deeply moving. Exhibition closed on !st March but to let everyone know the high calibre of events that the Willis arranges. 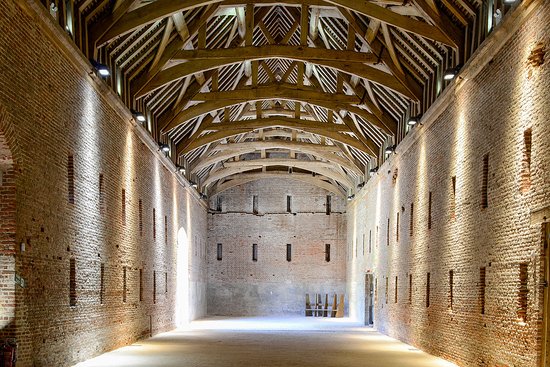 Visited by Henry VIII, besieged by Cromwell.... Unearth the amazing stories of Basing house, a nationally important historical site. This magnificent attraction dates from the Norman period, was the site of the largest private house in Tudor England and suffered at the hands of Oliver Cromwell during the English Civil War. The visitor centre etnrance houses a gift shop and light refreshments. Look at our model of Basing House during the Tudor period, before its fall in 1645. Step inside the battled scarred Great Barn, dating from 1535 and experience the sights and sounds of the Civil War with our audio/ visual show. Download the Basing House audio tour for your smart phone or MP3 player via our website before you visit us. Free car parking can be found via postcode RG24 8AE with a pleasant short walk along the river Loddon to the Visitor Centre entrance.

We're glad we visited Basing House we'd come from Belgium to visit the area - but frankly we wouldn't recommend it to our friends yet. We were lucky to have very fine weather.
Mind, there is absolutely nothing wrong with the site. Whereas the National Trust is over-commercial, this site could do with some more "schwung": grass, some ruins and a good walk are not enough to make it a stunning location. The staff did their very best to outline history, which was good, very good. But maybe Basing House wasn't our cup of tea after all.
To the staff: keep up the good work! We've understood that this site has not been open for many years and we believe there's much potential. 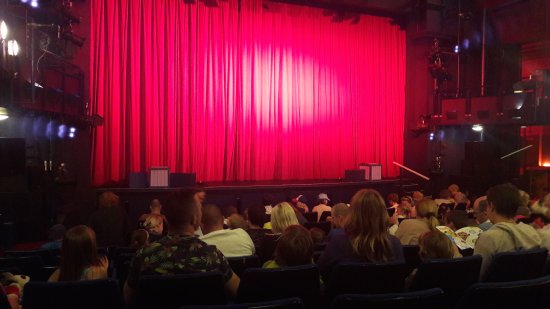 I always like to support local and regularly see plays here. On Saturday afternoon, I saw Strictly Murder, a Talking Scarlet production which is usually very good. However, there was no programme (not even a photcopied cast list) and I think the small audience were 'short-changed'. The play started late ..should have been 2pm and then finished at 4pm with a 20 min. interval for £19.00.
I will continue to support the Haymarket but I fear some will be put off another visit.