Top Things to do in Kenitra

The 10 Best Things to Do in Kenitra, Morocco

Kenitra (Moroccan Arabic: قْنيطره‬, Qniṭra; Arabic: القنيطرة‎, al-Qonayṭéra, the little bridge) is a city in northern Morocco, formerly (1932–1956) known as Port Lyautey. It is a port on the Sbu river, has a population in 2014 of 431,282, is one of the three main cities of the Rabat-Sale-Quneitra region and the capital of Kenitra Province. During the Cold War Kenitra's U.S. Naval Air Facility served as a stopping point in North Africa.
Restaurants in Kenitra 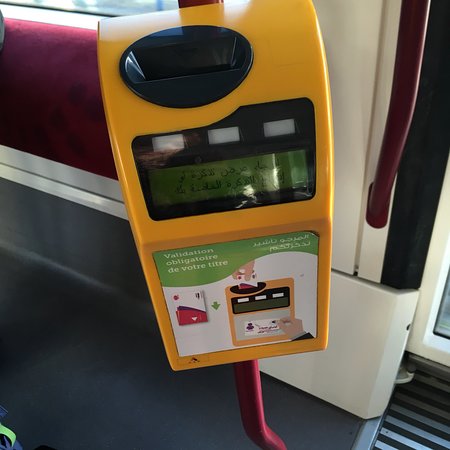 Tram tickets cost just 6Dirham for an Adult and 3 Dirham for a child, the tram offers access between both towns and stops at the major attractions.
Note the tram line isnt tourism focused and as such it doesn't address what attractions are at each stop so research what stop before you go. Tickets are brought from the ticket office at each station or sometimes automated machines, once on train you must stamp it into the machines as the locals do to validate journey, also ticket guards are frequent and friendly. 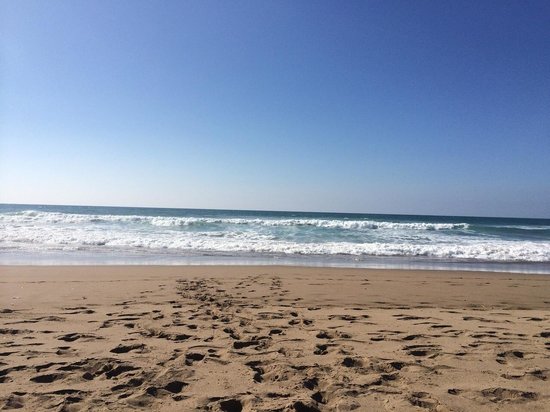 Give me Mehdia Beach over Agadir's or Essaouira's any day! The sand is nice, the water color is beautiful. There are lots of little food places just off the beach and there are way fewer tourists!!! By writing this review, i am aware that I might be killing the thing that i love [an uncrowded beach] but it's just so nice! The beach is a 5Dh grand taxi ride from the Kenitra train station, or you could ride the bus and pay 3.5Dh. Surfing and body boarding seem to be the main reasons people go in the water. There are also camel rides and quad rentals for those who want to do more than just lay in the sun and listen to the waves.

3. Valley of the Roses 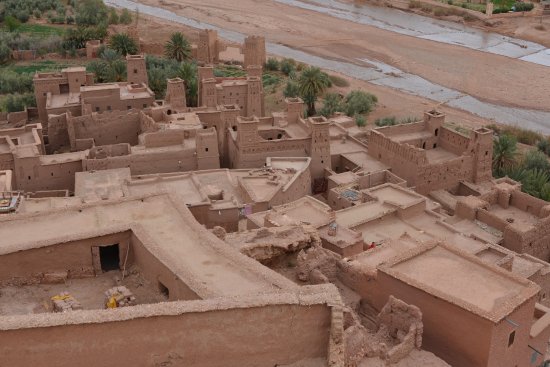 Ksars and mud fortresses are why we visited. Imagine, oasis and palm groves with massive mud structures that are incredible in size and design. Realize these are family homes. Do not enter or wander about without first asking permission or being invited. Practice common courtesy. I observed tourists who thought the residents were simply backdrops for their travel photos. Good example of bad travelers.
This is a fanciful and fantastic place. Enjoy your visit. 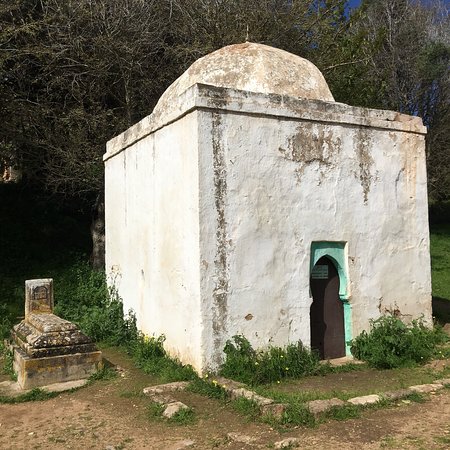 At the Chellah you will find history / architecture from the Phoenicians, Romans, and Medieval Muslims. To cap it all, there are wuite a few storks who have made their nests on the site of the abandoned mosque, so a great place for birdwatching too.
A must see location in Rabat 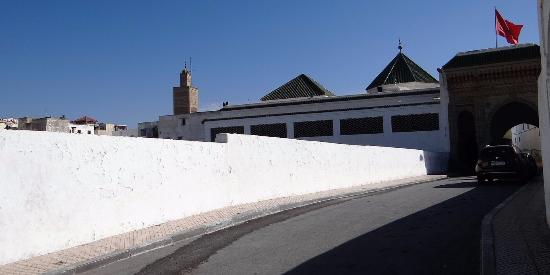 Masjid Azam, Slaa, Rabat is one of the greatest mosques in Morocco. Before construction of Shah Hassan Mosque in Casablanca, it was considered the largest mosque in Morocco. The minaret of this mosque has few parallel in the world. It was constructed 1000 years ago in 1030 AD (420 AH). The Mosque is located in a maze of streets of old medina of Sale'. A 700 year old religious school "Madrassa Abul Hassan" is located just adjacent to the mosque. Very close to the mosque are situated two mausoleums of two great Sufi Saints, Abdullah bin Hassoun and Mohammad Tajaniya. 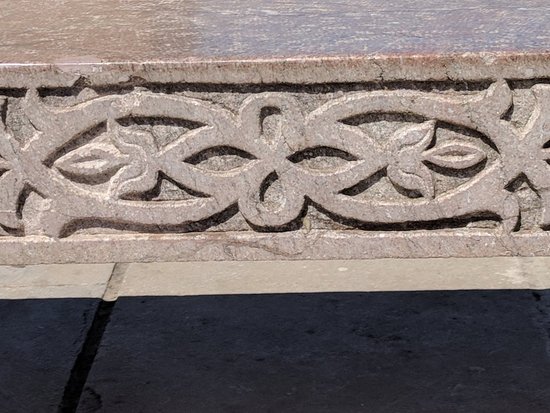 A perpetual homage site which is richly adorned with the most elaborate decor and trappings. Mohammad V is regarded by Moroccans as the father of modern Morocco, hence this elaborate shrine that is also the most visited site in all Morocco. Hence it is always packed but with a quiet serenity .
A must see. Great pageantry . A guide is a necessity. 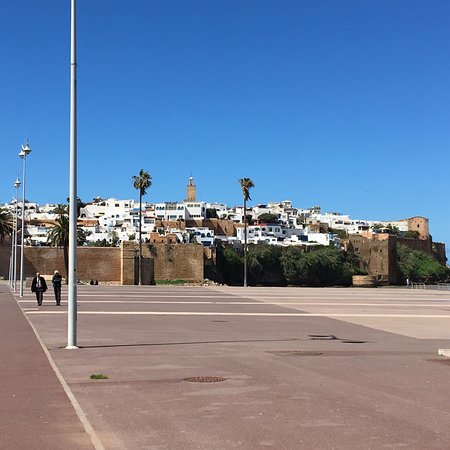 Intesting 12th century islamic architecture in teh centre of Rabat. There are good views of neighbouring town Sale, and many buildings are painted blue and white, giving it a kid of Greek/ Mediterannean feel. There are a few places to get coffee here two
A good distraction from the hustle and bustle of Rabat 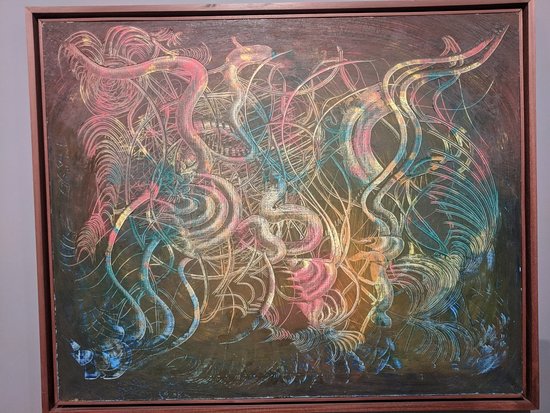 At just about $2 per person, it's the best deal on an art museum abroad I've found. They focus on Moroccan and African art and do a superb job. The displays are thoughtfully chosen, varied and fascinating. Worth every penny and minute of our time. They also have a nice looking cafe (didn't try it) and pleasant gift shop. The helpful staff speak a variety of languages including English. 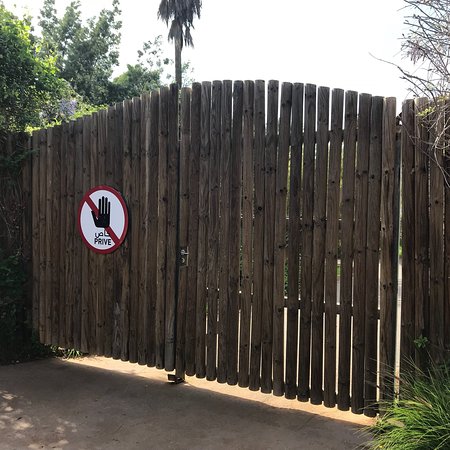 A recent addition to Rabat's highlights. Infrastructure is new, and well adapted to the zoo animal guests. It's not too big and not too small. The size is perfect to spend time with kids without ending up completely exhausted. The restaurant offer and quality can be improved, but besides that, awesome. 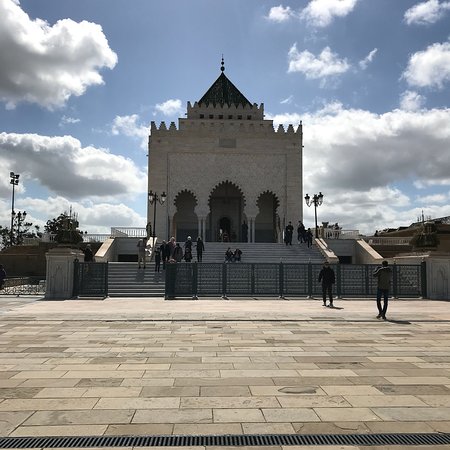 The unfinished minaret surrounded by two hundred columns is Rabat's most famous monument.

If you go to the mausoleum, this is right on the other side of the square. It’s high Even though it is only half finished. If they had completed the work this would have been immensive. You can’t climb it, but it’s up on a hill so the view from the base of the Tower towards the kashba is very good. There’s a sunken Fountain right in front of it, so be sure to go all the way over the square if you want to see that too.