Top Things to do in Erzurum

The 10 Best Things to Do in Erzurum, Turkey 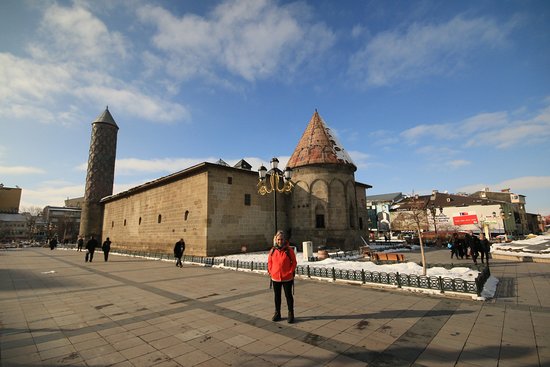 The Medrese (Madrasah) is an state academi in Seljukian and Ottoman Era where scientific and cultural curricula were applied in accordance with Islamic principles. The Medrese of Yakutiye is one of the best examples in terms of architecture and culture. It was built by the Hodja Yakut Gazani in the name of Gazan Khan and Bolugan Hatun in the 14th century. The building is recently used as an ethnography museum which reflects the authentic life of Erzurum. With its spacious courtyard and accessible location, the Yakutiye Medresesi is worth to visit. 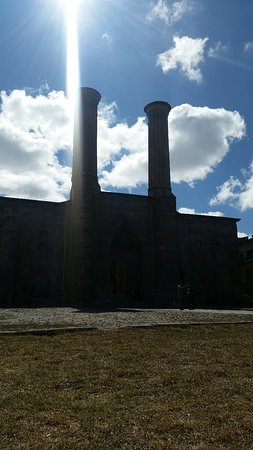 There are two Seljuk medresas in Erzurum - one closed and this one, which is open plan. The entrance and twin minarets are stunning, and the inside enables you to explore the cells in which the students lived. Don't miss the 3 Tombs immediately behind the building

The Mount Palandoken (3180m height) is the largest ski resort in Turkey. Due to high dust snow quality, the skiers can spend quite comfortable and joyful skiing time. In the ski resort, 10 chair lifts, 1 teleski, 2 baby lifts, and 1 gondola are operated. There are many hotels at the mountain and the city center which is not far away from the mountain. It can take 5-10 minutes to drive from the city center to the mountain. Public busses and taxis can be easily find for the trips between the centrum and the ski resort. Due to the relatively longer winter period in Erzurum, The Palandoken Ski Resort is available for winter sports in the period of April-November.
It would be better if the Palandoken slopes interlinked with other ski resorts in Erzurum, namely Konakli and Kandilli. 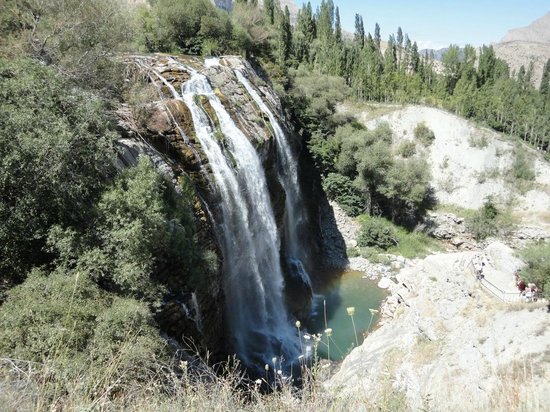 One of the largest (widest) Waterfalls in Turkey, this breathtakingly beautiful scene is complimented with friendly hosts from the local community that welcome visitors and share their love for Nature, Good Food, and Good Friends. There are delicious home-made meals at the start/end of a circular trail that takes you around the waterfall, with ample opportunity for stunning pictures and an optional route through a spray of waterfall-mist.
The route to Tortum is a winding road through mountainous Erzurum with pit-stops, picnic places, and curio-shops (and the best fresh-baked bread) scattered along the route. 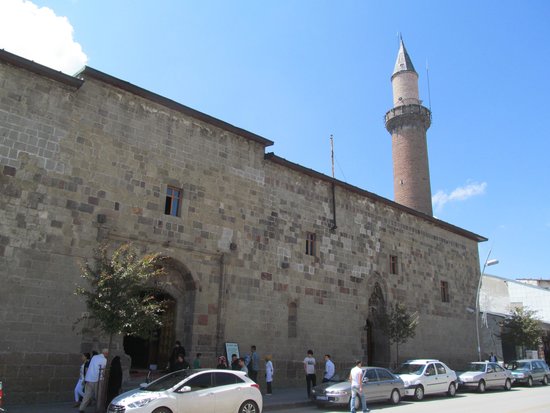 There are several remarkable features of the mosque. Firstly, the columns and arches are like pilastered examples of Early English church architecture. Secondly, the Interior of the dome is of corbelled wooden panels which I've never seen elsewhere. Thirdly, there are 2 circular windows between the dome and the qibla. It is said that when the light through either forms a circle on the floor, it is time for prayer. 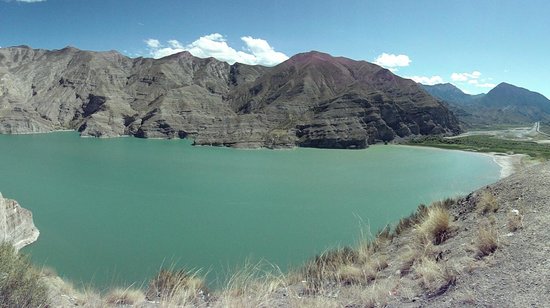 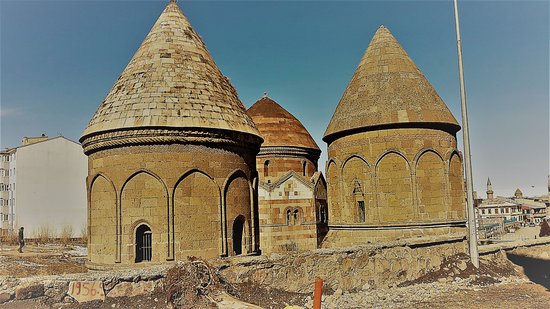 These three tombs, the oldest in the city, are within a stone's throw of downtown and give a lovely overlook of the neighborhood. Wandering, though the small area it is, around will surely provide you an interesting nook and cranny to see. Weeds and shrubs shoot out from crevices, and . . . well, it is just something to enchant your eyes. If you are lucky kids will be running about, weddings will be there for pictures, or you'll just have a sunny day. 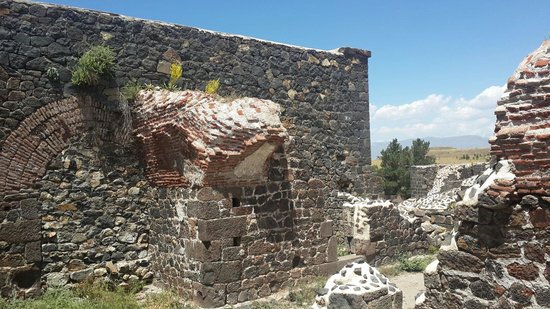 The Aziziye Bastions are important bastions to defend cities against to the Russian and Armenian attacks in the late 19th century (1877). During this war, Nene Hatun became an important symbol due to her courage and determination to support the Turkish Army. When the people of Erzurum heard the failure of Turkish soldiers in the bastions, they were getting organized to defend their home. Nene Hatun was a young woman who gave a birth recently and whose husband was in the army. She left her baby to her family and went to the bastions. She did her best in terms of defense and dressing the wounds of soldiers. Till the end of her life, Turkish people showed high respect to her. Her name is given to one of the main streets in Ankara: Nene Hatun Caddesi. When she died in 1955, she was burried to the Aziziye Bastions.
When I visited to the Bastions, I could imagine the difficulties of the people who defended to their city. Erzurum has freezing winter conditions that you can hardly warm your bodies up. If you are interested in history, I recommend you to visit the bastions. From the bastions, you will have a full view of Erzurum. 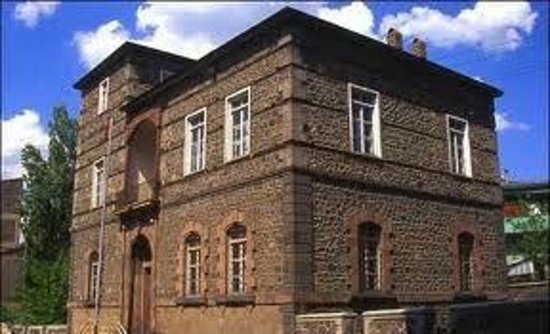 Wherever we travel in Turkey we try to visit the places where Ataturk stayed during his visits. The Ataturk Evi in Erzurum is a lovely stone building and the displays are easy to follow. It gives you a good idea of the role of Erzurum and Ataturk in the creation of the Republic of Turkey. Can really recommend a visit. No entrance fee. 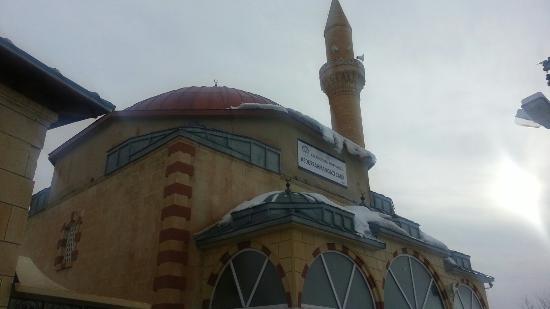 This one was kind of average. Small and cramped. Bring your headscarf if you're a woman! After seeing Mevlana's tomb in Konya, this one was rather disappointing.