The 10 Best Things to Do in Anasco, Puerto Rico

Añasco (Spanish pronunciation: [aˈɲasko]), named after one of its settlers, Don Luis de Añasco, is a municipality of Puerto Rico (U.S.) located on the west coast of the island bordering the Mona Passage to the west, north of Mayagüez, and Las Marias; south of Rincón, Aguada, and Moca and west of San Sebastián and Las Marias. It is part of the Aguadilla-Isabela-San Sebastián Metropolitan Statistical Area.
Restaurants in Anasco 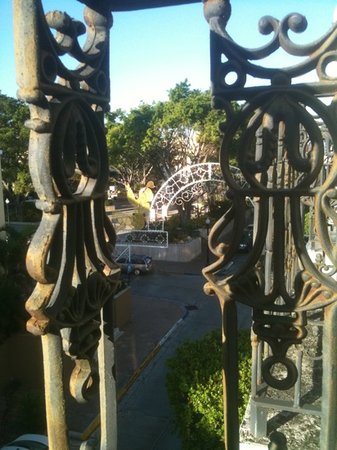 The Mayaguez main square has a statue of Columbus.

Plaza Colon is all lit up in the evening and they have some amusement rides and lots of vendors to order local Puerto Rican food. The lights on the building change colors, it is gorgeous (not sure if they only do this during the holiday). Lots of people were walking around, it was very festive. An hour or two is fun to hang out here. 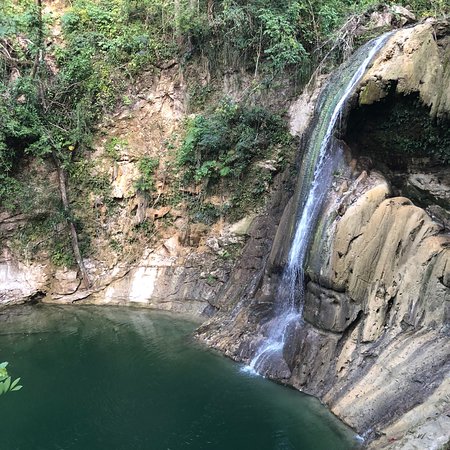 This is an amazing little gem hidden deep inside the forest. Make sure you ask around because it can be tricky to find it. Bring your swim suit! 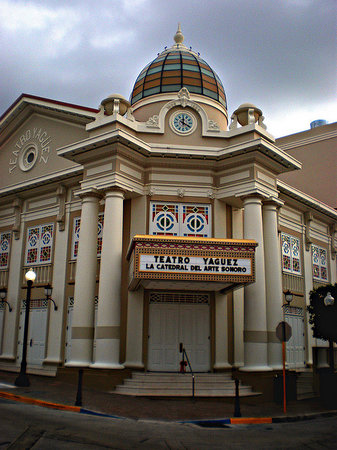 I went with my family to see La Hija del Faraon Ballet, and we were very pleased with the theater. Clean, sophisticated, elegant and with marvelous architecture. Seats, lighting, accessibility. We enjoyed ourselves, not only watching the ballet, but admiring the beauty of the structure and chandeliers. 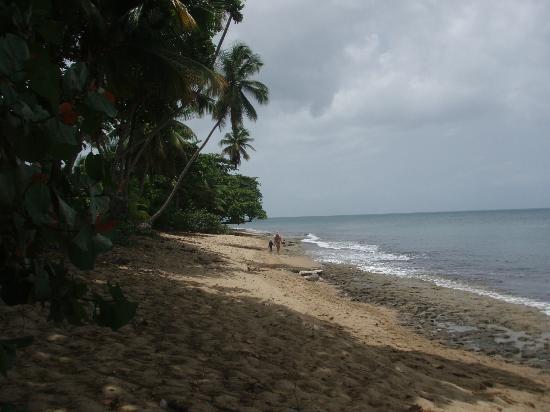 In this little alcove, Tres Palmas shelters a pristine reef only feet from the shore. In the summer, seas are calm & the waves are quiet (or nonexistent). Colorful schools of fish can be seen swimming among massive elkhorn coral. All you need is a mask & snorkel! In the surf season, waves can be 20-25’ high. 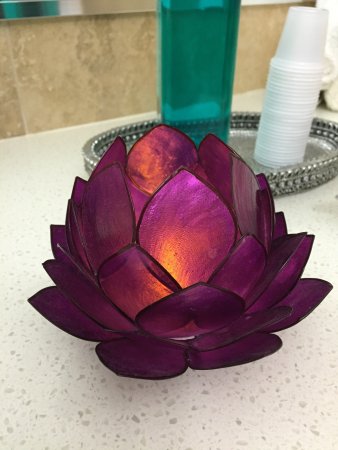 Excellent service and special treatment! It was the best massage ever. Beautiful place and peaceful! Definitely I recommend it, very easy to get there. It's on the west side of the Puerto Rican island, where's always sunny and beautiful! Loved it! 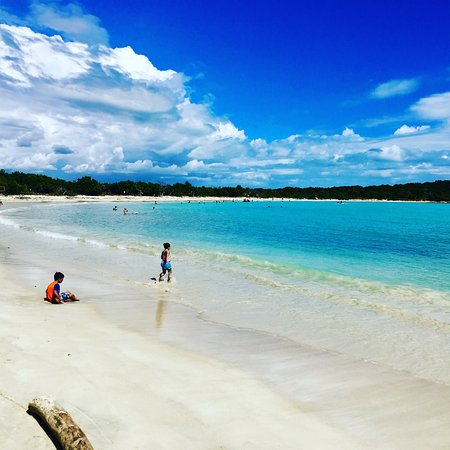 When you arrived to this beach you are literally in one of the most remote corners of the island. It’s in a natural reserve. So it’s important you arrive early on weekends cause they only allowed a certain quantity of people. If you visit this beach you will enjoy clear water, clean sand and the opportunity to visit the lighthouse and the natural reserve. Believe me you won’t regret it. 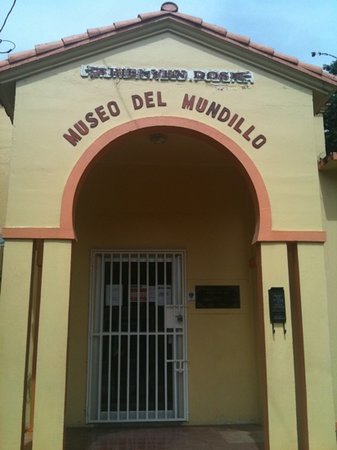 First off, you'll definitely want to call in advance to arrange a visit to this small but vital "shrine" to the craft of bobbin lace (aka "Mundillo") made famous in this humble town of Moca, PR. If you're from the NorthEast USA, the Moca area, with it's cows, farmland and wide open spaces, looks a lot like Massachusetts. The Museum is right in the main town, a few blocks from the town plaza with it's beautiful church structure. Inside, there are examples of lace from throughout the world. Mudillo lace is the result of many cultures coming to Puerto Rico and eventually, crafting their own style. To this day, it is very prestigious and traditional to have one's newborn baby clothed in Mudillo Lace Outfits and Booties. Museum Founder, "Mokay" (pronounced mo-kigh) started this Museum as a tribute to his late Mother but many Artisans from throughout the years are given tribute here. The Museum is humble and small but houses intricate lacework examples that are special to Puerto Rico. Mundillo is still done today by young and old and this
town hosts and annual "MocaFest" in the Fall that showcases this craft LIVE. A trip here (with a nearby stop at "Tender Chicken" for great Fried Chicken) plus a stop at the beautiful grounds and French Chateau known as "La Palacete de Los Moreau" makes a wonderful daytrip in the Puerto Rican Countryside. Call "La Palacete" in advance as well! Enjoy historic PR! 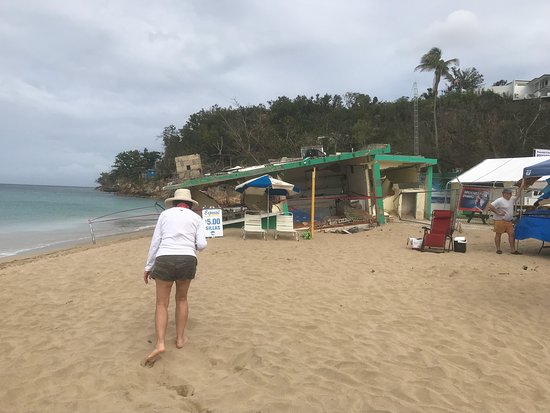 The beach in general is in perfect state to bathe, to visit and to have great time with friends and family. Although its main building food kiosk is gone, the fishermen rehabilitated another part in the parking lot and are selling various type of fresh fish during the day. They are going to sell local fritters, and refreshments. So, Crash Boat beach is ready to welcome new visitors to enjoy!!! 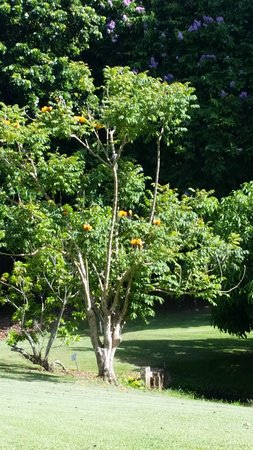 Everyone visiting Mayaguez should come here. TARS has an excellent collection of plants, a variety of trees, and if you are lucky, they may share some ripe tropical fruit with you. 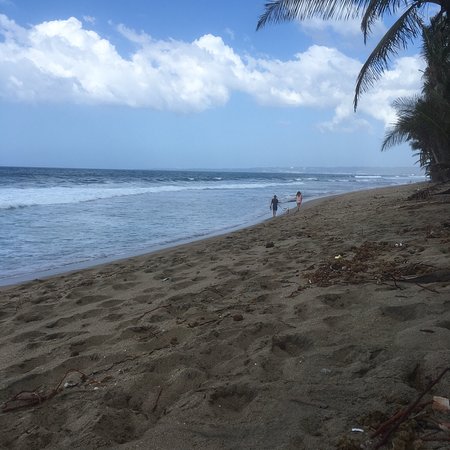 After lunch at the Tamboo, we went climbed down steps to the beach, then went bodysurfing on the breakers. Great spot! Few people, fewer rocks, warm water, and enough wind. The waves are frequent, relatively easy to read, irregular enough so that I could catch one further out and get a double ride towards the beach after lurking in (between waves) chest deep water. On the shore, plenty safe if you stay near the water's edge, which is where children and dogs stayed.