Top Things to do in East Kilbride

East Kilbride (Scottish Gaelic: Cille Bhrìghde an Ear) is the largest town in South Lanarkshire in Scotland and the 6th largest settlement in Scotland. It was also designated Scotland's first new town on 6 May 1947. The area lies on a raised plateau to the south of the Cathkin Braes, about 8 miles (13 km) southeast of Glasgow and close to the boundary with East Renfrewshire.
Things to do in East Kilbride 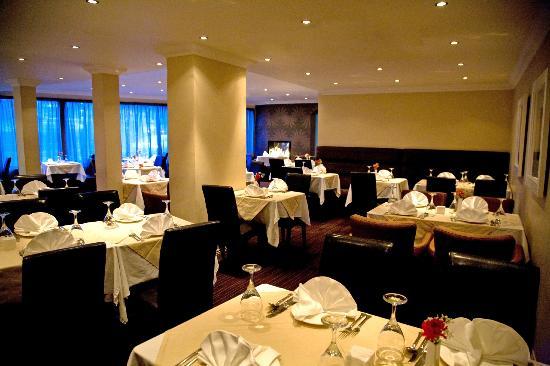 Restaurant Carrying on the intimacy from the Piano Bar you are welcomed into the darkly lit comfort of the restaurant. Surrounded by the susurration of gentle conversation and the welcoming sound of cutlery on good China, this is where you will dine and be made welcome, as an honoured guest in our home.Relax, eat, enjoy. You are welcome. Always.

Just back from yet another outstanding meal from Spice. 5 of us, we all left stuffed and, including starters, sides and drinks, it cost a respectable £70. The service is really super, the gentlemen serving us were professional and friendly and bagged our leftovers up (thank you !). The food was amazing and substantial as always - this is why we always come back here for special occasions. We love it. Can't think of anything negative. All the waiters are great, as is the polite waitress who served us drinks and laid our table (then changed the settings round when we changed seats). They checked back on us regularly, were happy to split the bill between us - excellent. I think the only thing I'd like to see is an itemised bill with a breakdown of different things ordered... I am not too keen on an overall printed total being provided with just general illegible scribbles on a piece of paper attached. I'd much prefer a good restaurant like Spice to provide an itemised bill with every individual thing listed alongside its respective price. However, service is excellent, food is tremendous and we shall keep going and recommending it to people. 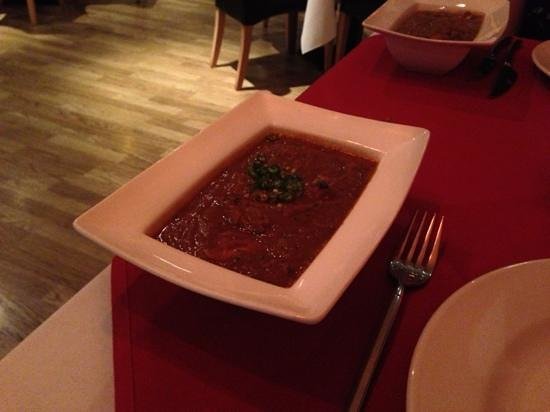 The restaurant was extremely cold on 16/12/2017.this was very disappointing as we had a guest with us.thoroughly enjoyed the meal, however , because of the volume of carry out meals we were kept waiting in the cold before our meal was served. Think the carry out meals are priority before diners. 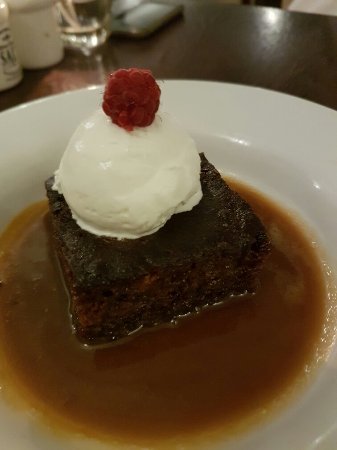 We went here to celebrate a special family birthday but were so disappointed. My 'medium' steak was totally tasteless and dried up and the Romanian waiter who served us was rude throughout, making every request seem like a hassle and that he could not be bothered dealing with us. We were not given all the sides we were supposed to have and eventually gave up asking. The manager was equally ignorant and failed to offer an apology for the several issues we had with the food and service. I should have known that any 'restaurant' advertising chocolate 'moose' on their menu was not to be trusted...the managers response to this...'we would have given you a glass of champagne for noticing this if you pointed it out earlier'... hilarious in a fawlty towers kind of way if it wasn't such a depressingly awful experience!!! I have talked to several people since who have had similar issues with this place and the staff from what I can see of previous customer complaints, the ill appointed manager will no doubt post a poorly composed, cheeky reply to this review but my aim here is to advise other potential diners...AVOID AT ALL COST!!! 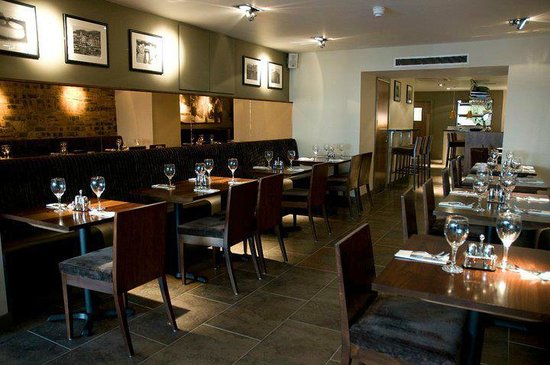 Had a lovely Sunday lunch, food and wine were both great with friendly service. The restaurant is always busy with a nice atmosphere. The only downside of Zucca is the lack of gluten free bread available which limits the choice of starters as there are a few different bruschetta dishes on the menu. 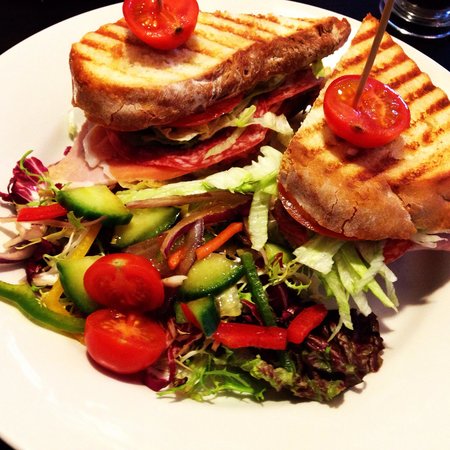 You know when you pop into a restaurant and it's always busy then it must be good
Popped in here to try out the food as I was looking for a caterer for a family gathering and was not dissapointed as the food and service was excellent and needless to say used D,lish for my family gathering to feed us and everyone loved the spread that was made by D,lish
So if in EK in that area then you will not go wrong 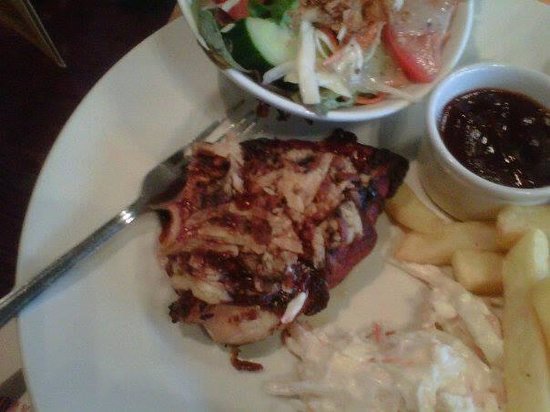 In again for a few drink in the bar with a friend. Also had the sharing platter for 2. Food was very nice and we had top class service from the bar man Russell. Absolutely 10/10 thanks for all you're help and service threw out the day brilliant 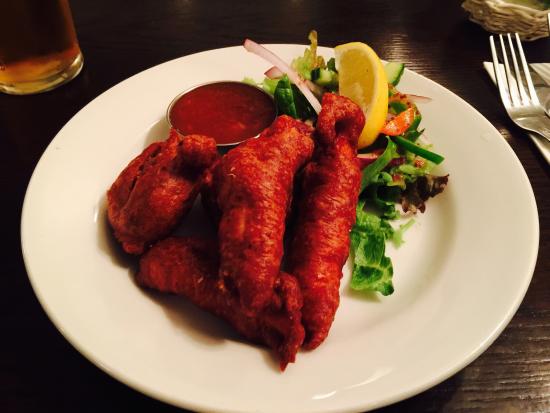 The Auldhouse Arms Bar and Restaurant offers the very finest in local fayre.Our restaurant caters for a wide and varied range of paste and pallet, with our traditional comfortable Scottish countryside surroundings presenting the perfect atmosphere for that special business lunch or meal.For table Reservations please call 01355 263242

Recently visited The Lost Lamb and as expected enjoyed an amazing meal.......staff are so welcoming and attentive. Food choices were great my special favourite starter is chicken pakora.........superb! Will certainly return as we are always guaranteed great food and service. 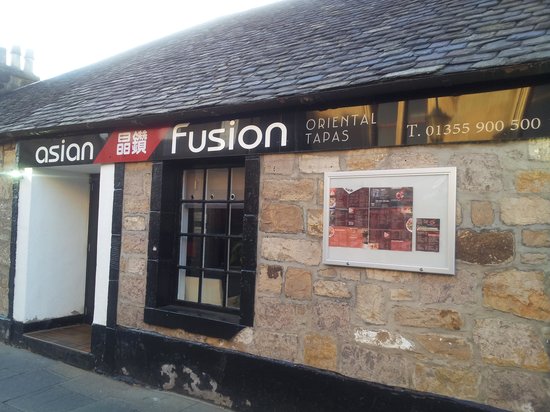 Have had take- away but not visited the restaurant before. Didn't feel there was much in the way of atmosphere but the food and service were good 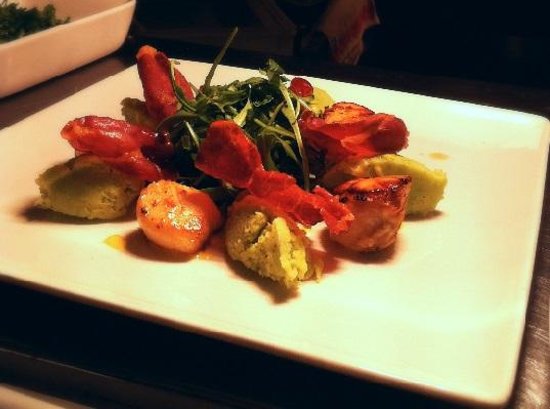 From the welcoming Peach Cocktail through four delicious courses the evening was extremely pleasant. Even my first taste of Buckfast in a sorbet was a real surprise but it worked! Staff were efficient and cheery. There were no problems just a smoothly organised sequence of courses - filling, tasty and hot. Auld Rae’s never fails to satisfy the senses. 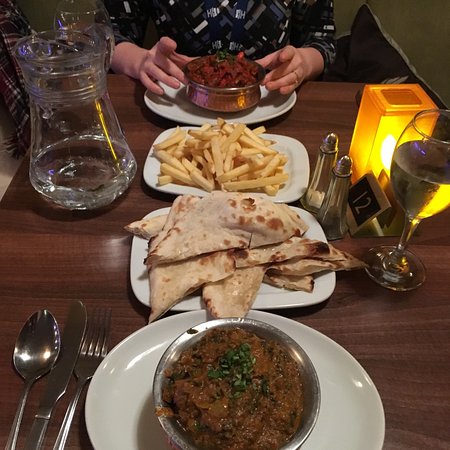 Wee Gurkha Curry House is an authentic Nepalese restaurant which is open for dinner. We serve Nepalese, Indian and Tibetan style food and for those unfamiliar with Nepalese cuisine it is influenced by India and Tibet. Our menu is varied offering an excellent choice of starters and mains. Some dishes will be new to most but there are also familiar favourites on there too. We also have an extensive drinks and dessert menu to enjoy. Our food is about taste not spice. Our ingredients are fresh and each dish is lovingly prepared to provide diners a unique culinary experience. Our restaurant is relaxed, all newly refurbished. We aim to deliver the best customer service. We run offers for take away and Delivery and from time to time we also reward our customers with special offers when you dine in our restaurant. We look forward to welcoming you soon. "TASTER MENU" 16.95 (Minimum 2 persons, 2 starters, 3 curry dishes and choice of rice and nan) is for those new to Nepalese food or for those who simply enjoy variety. We will put together sample dishes to introduce you to our food whilst catering to your tastes. The food comes in traditional brass Nepalese serving dishes - a great way to savour Nepal!

Would have been better having a carry out in the warmth of my own house rather than be subjected to such a cold establishment. Couldn't wait to finish and get into the car for a heat.
Have never complained about heating anywhere but on this occasion this was the exception only to be told it was turned up.
Pity because the food is very good and staff are very nice.
Been here on a few occasions but last time four of us sat with our jackets on and I thought at the time it was a one off, not so.
Will go again only for the food but will wait to better weather at least then won't have to rush to leave because we were too cold