Chiclana de la Frontera (Spanish pronunciation: [tʃiˈklana ðe la fɾonˈteɾa]) is a town and municipality in southwestern Spain, in the province of Cádiz, Andalusia, near the Gulf of Cádiz. It belongs to the association of municipalities of the Bay of Cádiz (Bahía de Cádiz), the provincial capital of Cádiz, Jerez de la Frontera, San Fernando, El Puerto de Santa María, Puerto Real and Rota which form the third largest metropolitan area in Andalusia, behind Seville and Málaga, and the twelfth largest in Spain. It is located 20 kilometres (12 miles) south-east from Cádiz, and borders the municipalities of San Fernando and Puerto Real to the north. In 1877, the municipality's population was 11,677; in 2012, it was 81,473. It has a surface area is 203 square kilometres (78 sq mi) and a population density of 401 inhabitants / km². The average elevation is 11 metres (36 ft) above sea level. The economy depends largely upon modern industry, especially salt processing and tourism, and the municipality is known for its beaches such as the 6 kilometres (3.7 mi) long Playa de la Barrosa, hotels and golf courses in the resort of Novo Sancti Petri. The municipality contains the largest number of hotel beds in the Province of Cádiz and the Costa de la Luz. The town's newspaper, Chiclana Información, is distributed on Saturday mornings.
Things to do in Chiclana de la Frontera 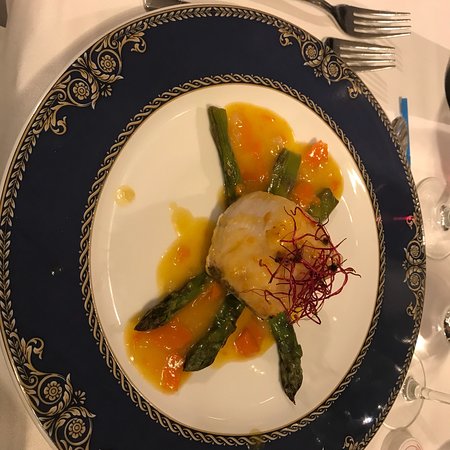 Our menu is mainly composed of authentic dishes sailors, every day fresh fish gender of our three fishing boats we work for years comes directly fish of the sea of ​​the Bay of Cadiz to the table to enjoy the authentic taste of sea.

We came here on the recommendation of the staff at the Balneario de Chiclana, Fuente Amarga. What a great find. The food was delicious, from the tuna tapas to The langostinos, to the main course- a delicious plate of tender, fresh caught grilled tuna with vegetables and roasted potatoes. The grilled tuna was cooked just perfectly and very flavorful. We will be sure to return
I'd have given it an excellent rating, but the service was unusually slow, even by Spanish standards. But then again it was a Saturday afternoon in late May and the place was overflowing. 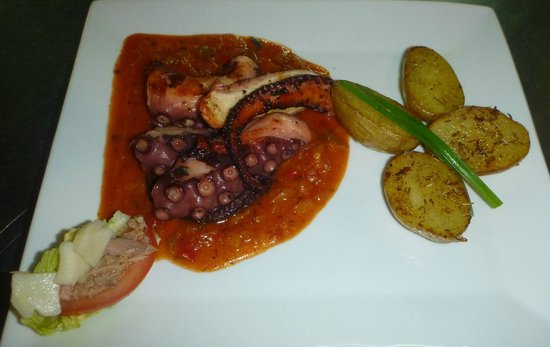 This restaurant was a great find - all the staff were fabulous: the waitress who explained everything in English, the owner who gave us complimentary glasses of his brother's Muscat, and the chef who brought us our meals plated beautifully and very delicious! A really lovely restaurant all round :) 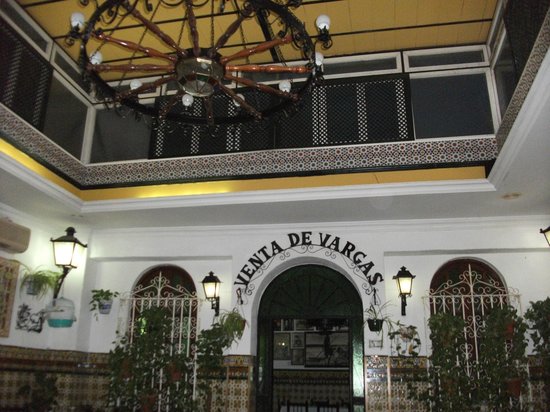 Often referred as the best place in town by locals, though not ideally located. Nevertheless, I would recommend it to anyone visiting this area. Not especially for its food, which I would rate only a little bit beyond average (although 'tortillita de camarones' is said to be the best in Spain), but for the underlying piece of history (the great Camaron de la Isla, master of flamenco song, used to hang around). 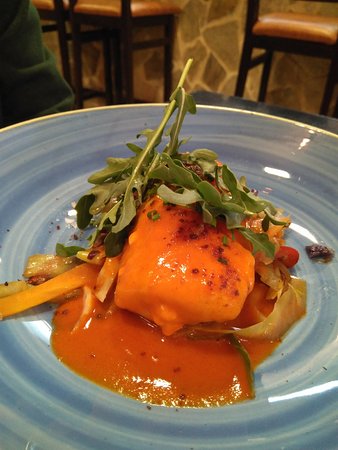 Recommended by the hotel (Salymar) we had a nice tapas meal at this restaurant. Sofisticated, excellent food and good staff. We've got delicious "bravas con picante" (potatoes and chilli) and "morcillas com manzana". I asked for a "tinto de verano" but unfortunately they offered a commercial drink instead of house made. Good gourmet experience! 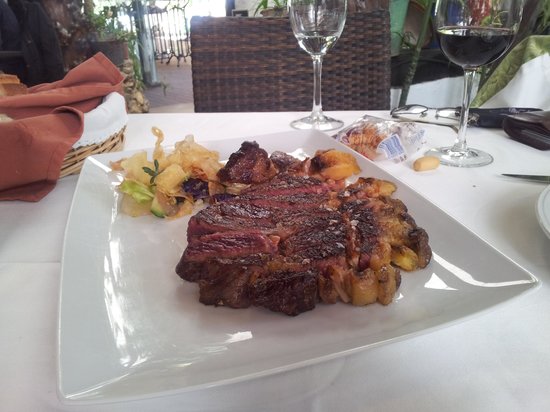 I have visited this nice restaurant yesterday and just recoverd from a meat delerium. I've orderded the Charcoal grill Entrecote and was overwhelmed by its taste and SIZE! Best piece of meat i had in a long time! Also very good service, and relaxed atmosphere. If you like meat, please go here! 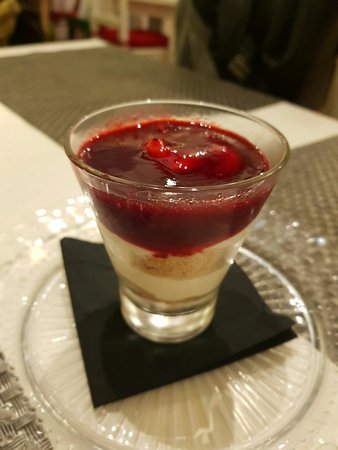 As "foodies" we were very disappointed in the restaurants in this area until we discovered Viavai. We went back four times and no matter what we ordered the food was always excellent. Some of the dishes we ate were duck breast with a gold bonbon of fois gras and blood orange and caviar, sea bass with squid, noodles and green garlic mayonaise and warm shrimp capaccio with garlic.
The wines chosen by the chef and his wife were also of a high standard and at reasonable prices and as far as the service at this delightful restauant/bar, it was perfect with the wife working front of house. 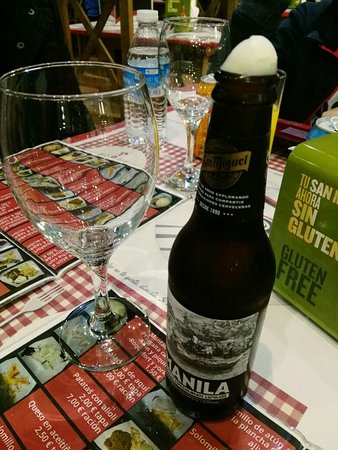 Bar of original lids, where all the dia there is some innovation imagination and very much fondness they are our principal ingredients

Nice little tapas restaurant. We spoke no Spanish, they spoke no English, we forgot the guide book with food/menu translations in it, so picked out a few choices and waited to see what turned up. It was all nice, even the Croquetas Mysteriosas! The gentleman dealing with us was very friendly and patient, and I like to think we gave him little trouble either, all added up to what turned out to be an enjoyable evening.

good menu and great seaside location for lunchtime ...seems to be open year round..if wanting good service and food it is fine. 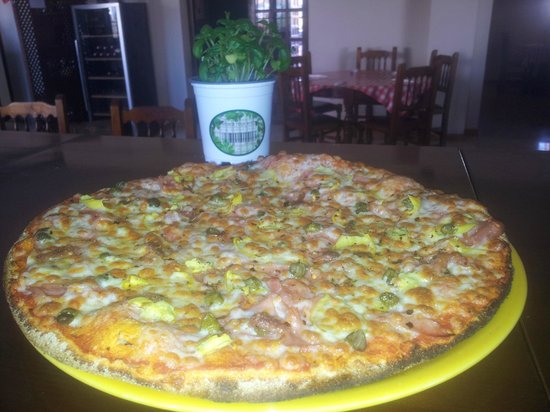 Situated on one of the main arteries though the area this restaurant has been many things , it appears to have now established itself as a successful pizza joint
We arrived just before ten the outside Seating was half full , we walked through into the main inside restaurant as last year we visited we sat in the rear garden , however this was not set up ?!
The inside area is unbearably hot no air con so we walked back out to the front garden which is twenty feet from the main road ! We were not approached by either of the three waitresses for assistance , not a good start !!
I eventually asked for a table for four and we sat under a pine tree as no other available and as soon as we sat down the mossies descended , no candles to ward them off a young Spanish boy opposite us was constantly smacking his legs to protect himself ,
We decided to stay and all ordered pizza , they are thin crust type about 12 inch , we found out on trying to order they don't do a half and half in the summer !!!!! There was an English menu available ,
Pizzas took a while but were tasty and hot and if not overly hungry two people could share one with a salad ,
Drinks reasonable prices , service haphazard at best ,, bottle of water no glasses , two beers ordered one 2 Euro one 3 Euro , not sure would go back the mosquito issue really is detracting and the set up in front Garden next to road , probably to give passers buy the feeling it's busy viewing through Perspex fence !!!!!

I think that there is general problem with Italian food in Spain. They dont understand cuisine. Italian food is very simple but requires to be fresh. If You add simple incredients and basic herbs You receive excellent tastes. In La Cobija food is just avarage not good but also not so bad. It is just eatable.