Top 10 Things to do in Chiclana de la Frontera, Spain

Chiclana de la Frontera (Spanish pronunciation: [tʃiˈklana ðe la fɾonˈteɾa]) is a town and municipality in southwestern Spain, in the province of Cádiz, Andalusia, near the Gulf of Cádiz. It belongs to the association of municipalities of the Bay of Cádiz (Bahía de Cádiz), the provincial capital of Cádiz, Jerez de la Frontera, San Fernando, El Puerto de Santa María, Puerto Real and Rota which form the third largest metropolitan area in Andalusia, behind Seville and Málaga, and the twelfth largest in Spain. It is located 20 kilometres (12 miles) south-east from Cádiz, and borders the municipalities of San Fernando and Puerto Real to the north. In 1877, the municipality's population was 11,677; in 2012, it was 81,473. It has a surface area is 203 square kilometres (78 sq mi) and a population density of 401 inhabitants / km². The average elevation is 11 metres (36 ft) above sea level. The economy depends largely upon modern industry, especially salt processing and tourism, and the municipality is known for its beaches such as the 6 kilometres (3.7 mi) long Playa de la Barrosa, hotels and golf courses in the resort of Novo Sancti Petri. The municipality contains the largest number of hotel beds in the Province of Cádiz and the Costa de la Luz. The town's newspaper, Chiclana Información, is distributed on Saturday mornings.
Restaurants in Chiclana de la Frontera Endless white sand... great to swim and stroll along... areas of guarded swimming other areas for surfers and other water sports... more people on the northern section go south to be more isolated... clothing appears optional the further south you go.... intricate lava rock formation towards the south ... a number of bar restaurants along the beach 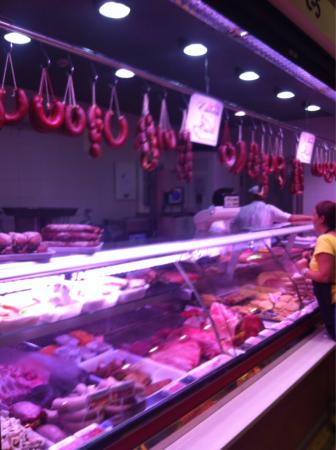 Back in Chiclana and as always have to visit the Food market
Great buzz vibrant smells and sounds
Super fresh produce from fish , shellfish all types of meat fresh cured marinated
Super vibrant colourful fruit and veg stalls
Fresh bread , honey , spices nuts etc
Check out my favourite butcher
Francisco Alcantra
Stall c6
Super friendly very helpful great produce
We bought six huge pork chops on the bone for the BBQ some super fresh home made burgers
And had to buy there version of pork scratchings pieces of crispy fatty poem fried in paprika garlic and herbs Awesome !!!!
They will be on top of the counter ask for Media half a kilo so mourish
Ask for juan manuel he knows you Brits are on there way and if you get a plastic bag check out the stall holder what a likeness
The pork chops cost us just over a euro each at least 8oz each chop
Try him you won't be disappointed !!! 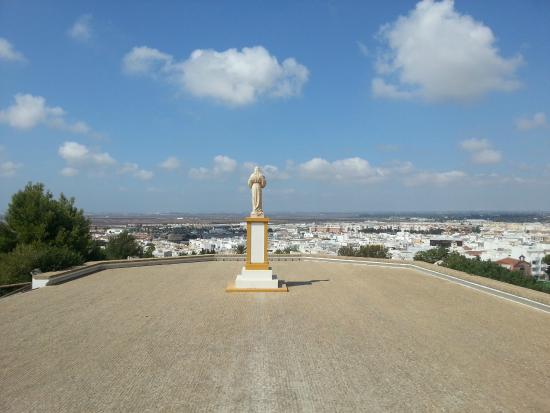 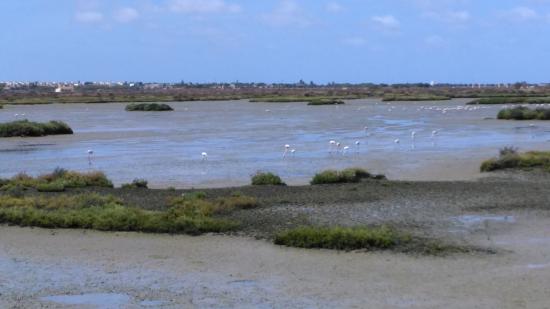 Thoroughly enjoyed my visit to Cadiz and the bay. The city was so interesting and buzzing.. In the tranquil bay there was a series of lagoons where you can watch masses of flamingos in flight and numerous wading birds. A place where bird watchers could spend their full holiday.

Lovely building at the top of town now in a pedestrian only area with a coffee shop and bar very close to admire the view or just sit on one of the new benches in the Seating area
Be sure to buy a cake from the nuns look out for the hatch !!! Worth a visit
Oh and check out the huge birds nest on top the tower

A new place in the middle of the city , nice place to eat all kind of food you have there about 10 stands of variaty food like Shushi , Italian , Local and more light food , you can spend your time with friends and eat and dring. 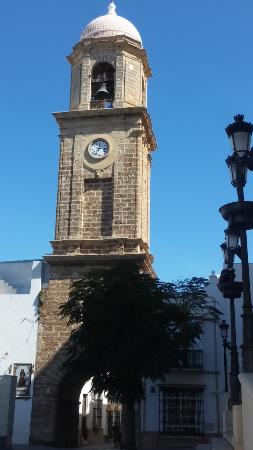 The whole tower is made ​​with the characteristic local stone.It is located located in the Plaza Mayor and it is used for the Church of San Juan Bautista. you will see the squire and make your visit. 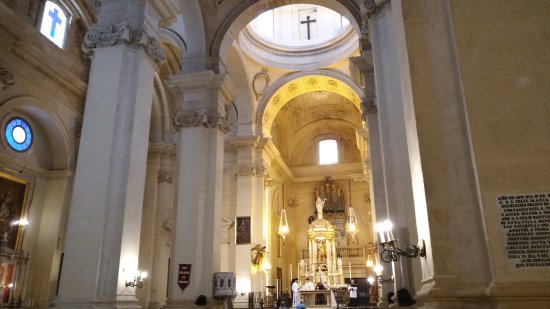 Beautiful church, welcoming atmosphere and a very friendly congregation.
Been there fo many Sunday masses. One particular priest there has an amazing singing voice who gets the entire congregation singing which makes the mass a very "enjoyable" experience. I would highly recommend a Sunday morning visit if you feel you need an "uplift" 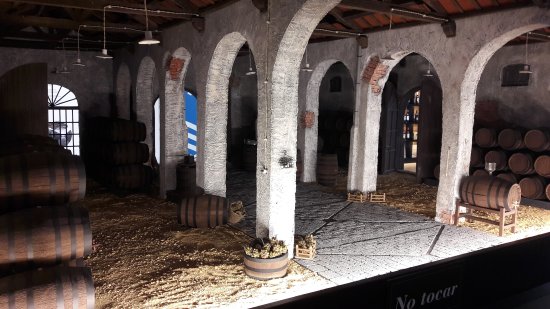 A very worth (free) attraction, with leaflets in multiple languages to explain the exhibits (which are otherwise all in Spanish). Had never really appreciated how sea salt was harvested before! No free wine sampling (when we visited anyway). 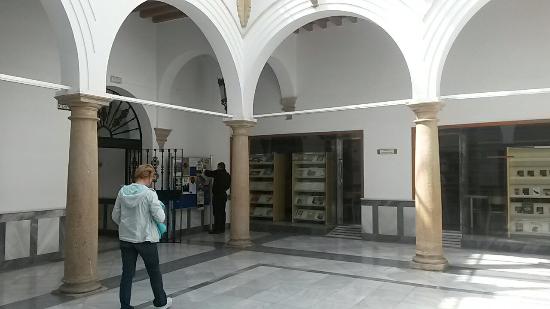